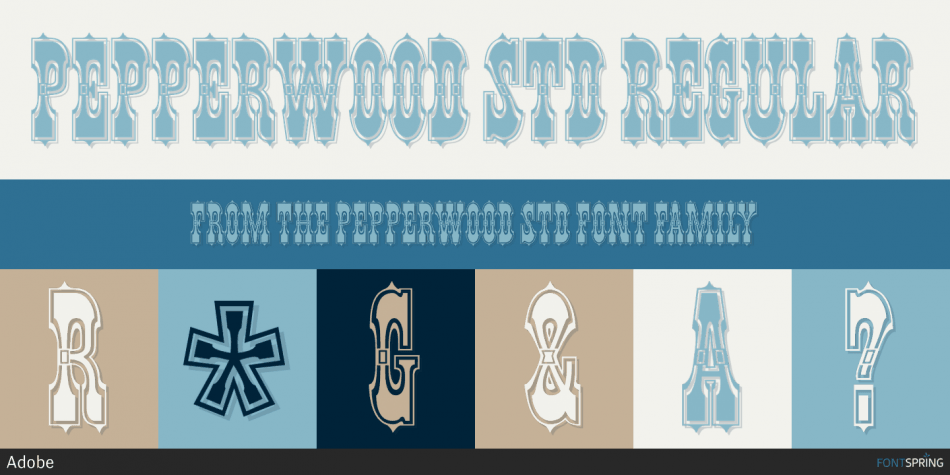 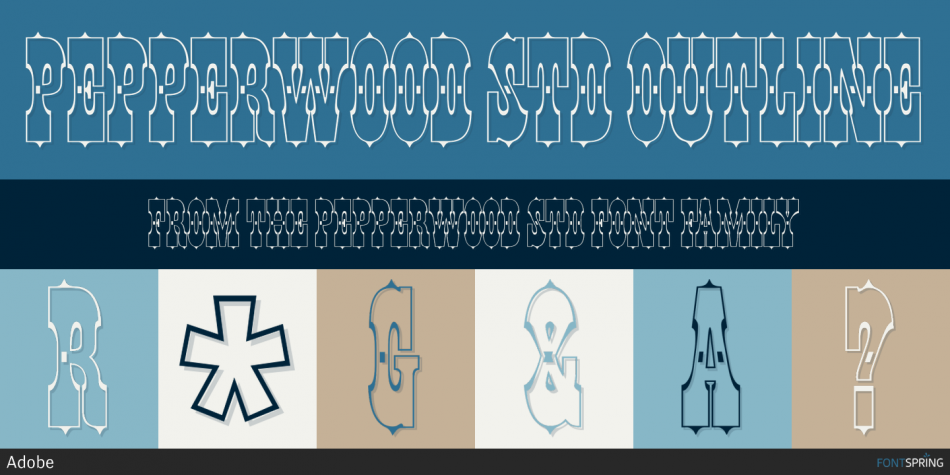 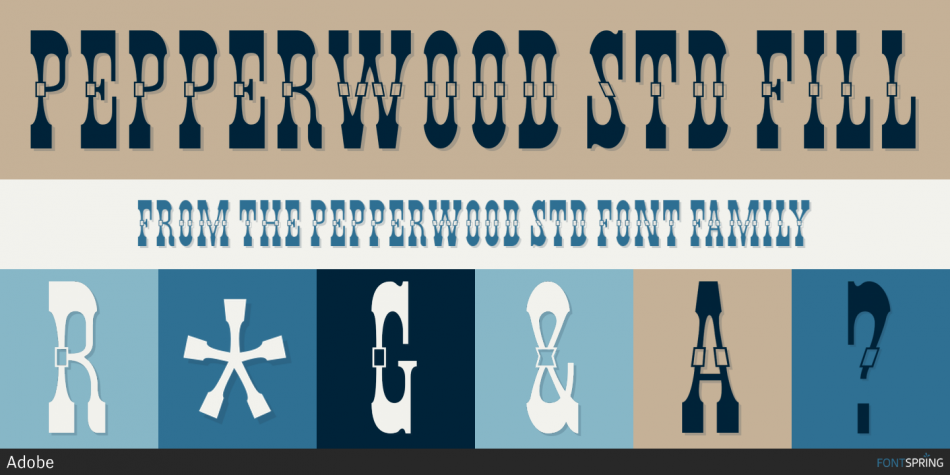 Pepperwood Std is a western, wood type and display slab font family. This typeface has three styles and was published by Adobe.

In 1877 Vanderburgh, Wells, and Company, a manufacturer of wood type, displayed an ornamented Celtic typeface that featured open rectilinear elements at the median of each letter. Adobe’s Pepperwood was patterned after this design and has been adapted to function as a chromatic typeface (“chromatic” or multicolored typefaces were first created by carefully registering and overprinting two or sometimes three versions of each letter in different colors to produce a flamboyant appearance). Pepperwood, released in 1994, has an alternate version of each letter which can be used for multiple color printing.