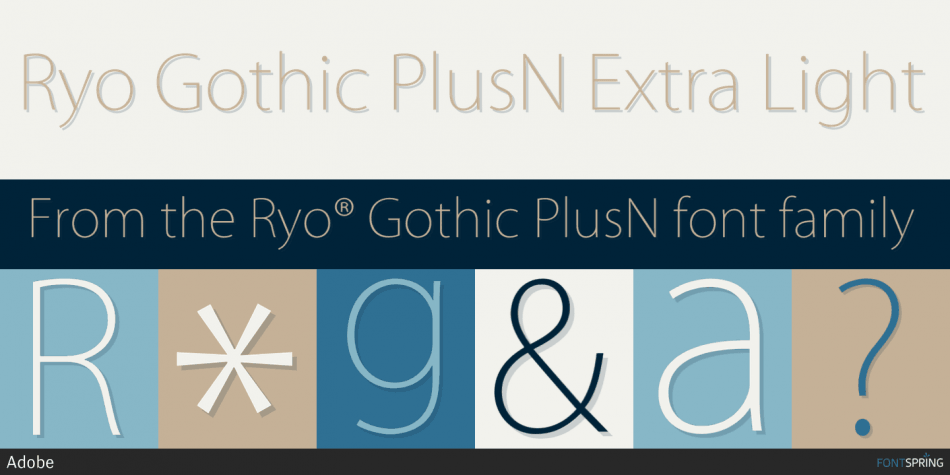 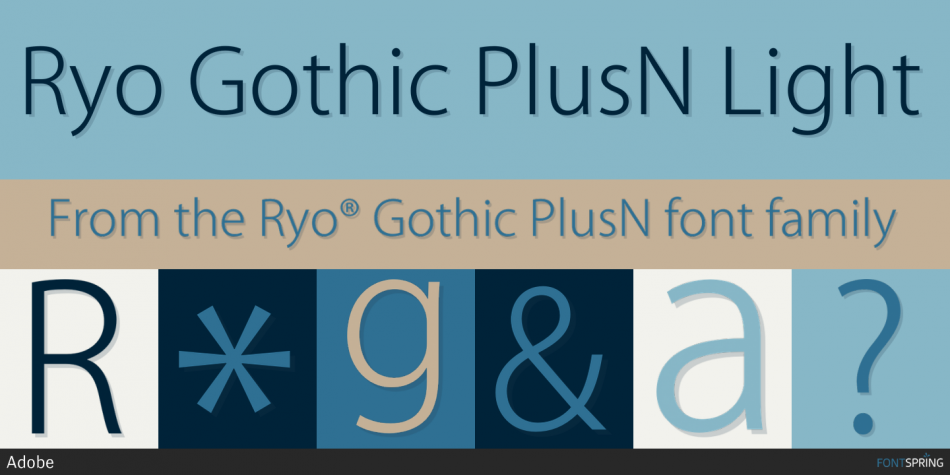 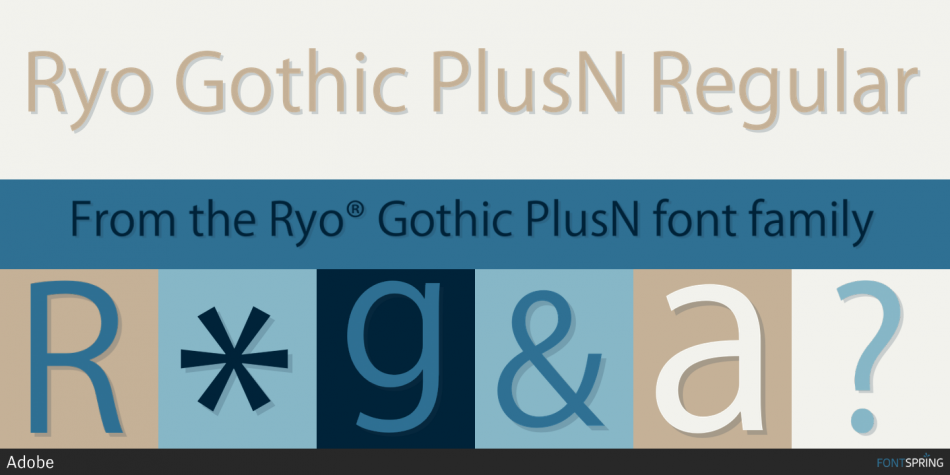 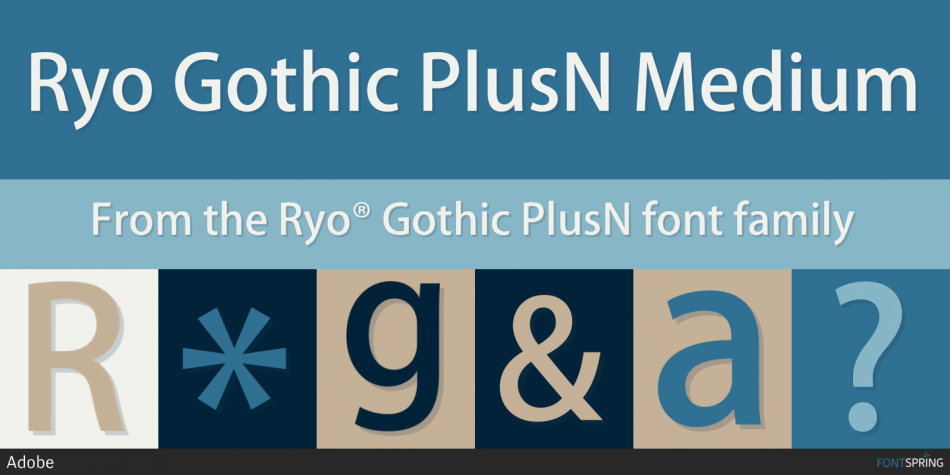 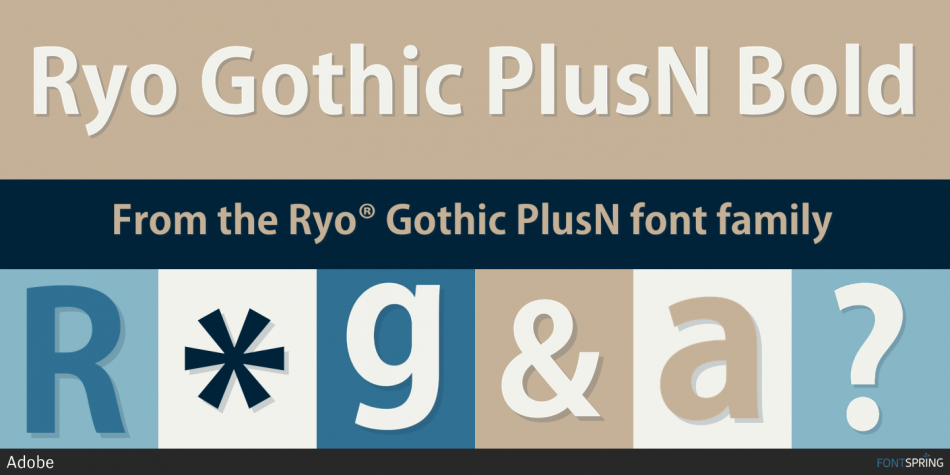 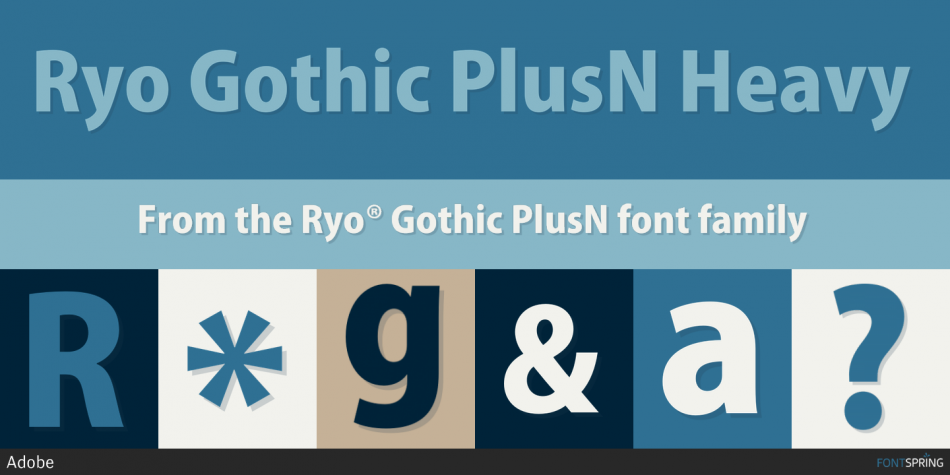 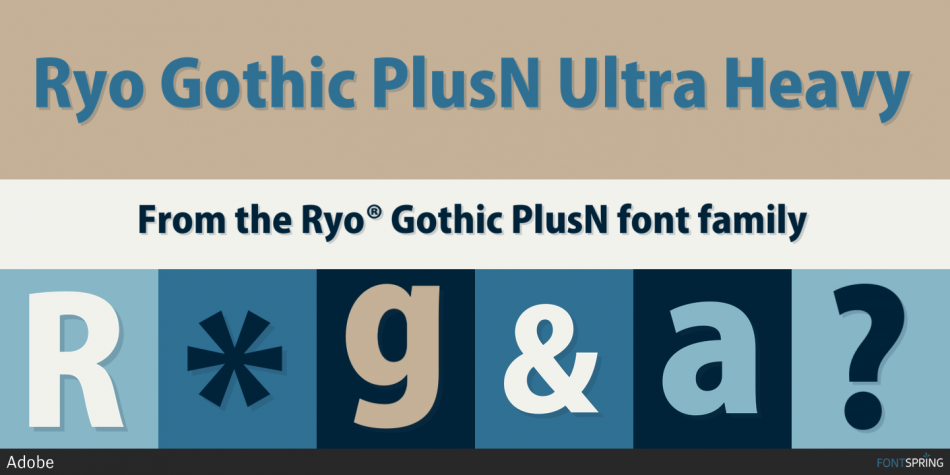 Ryo® Gothic PlusN is a sans serif font family. This typeface has seven styles and was published by Adobe. 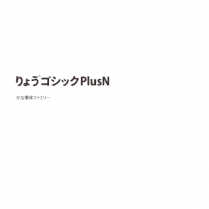 In addition to the kana characters that used to be supported by Ryo Gothic, a full-set of Adobe-Japan1-3 characters of Kozuka Gothic(R) was added and Ryo Gothic became a Std OpenType font.*1

Like the former version of Ryo Gothic, Ryo Gothic PlusN can be used, combined with other full-set Mincho typefaces, but now it’s possible to use it as a stand-alone Japanese font.*2

Created by Adobe type designer Ryoko Nishizuka, the typeface has a bright and speedy calligraphic touch and can be used to compose readable body text, as it gives a calm and well-controlled color to the typeset page. This typeface family is available in seven weights—extra light, light, regular, medium, bold, heavy, and ultra heavy.Ryo Gothic is an OpenType font supporting the Adobe-Japan1-3 Character Collection. We recommend you to use the Composite Font tool of InDesign’s Japanese edition to easily combine Ryo Gothic Text PlusN with other typefaces.

—1 In addition to the Adobe-Japan1-3 characters, Ryo Gothic PlusN has the Printing Standard Glyphs defined by the National Language Council.