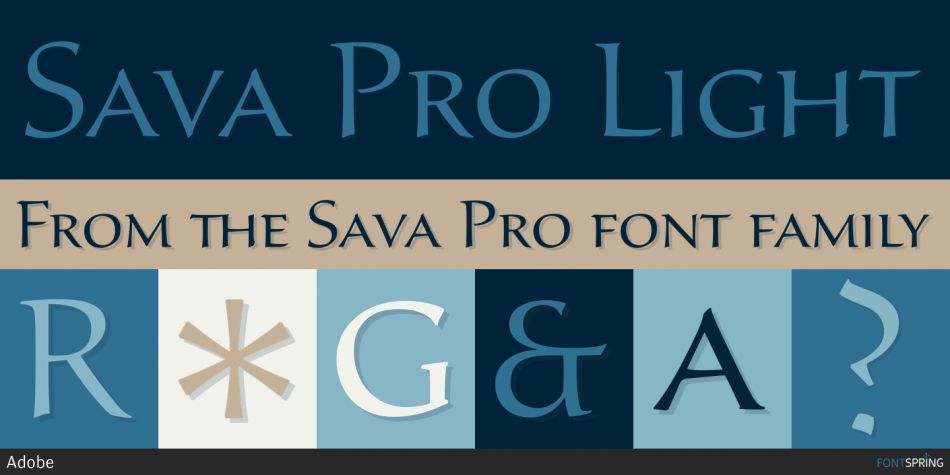 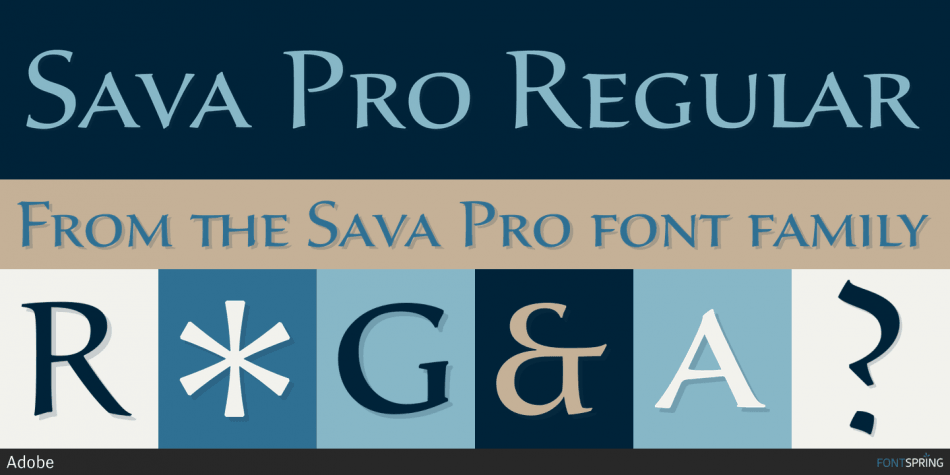 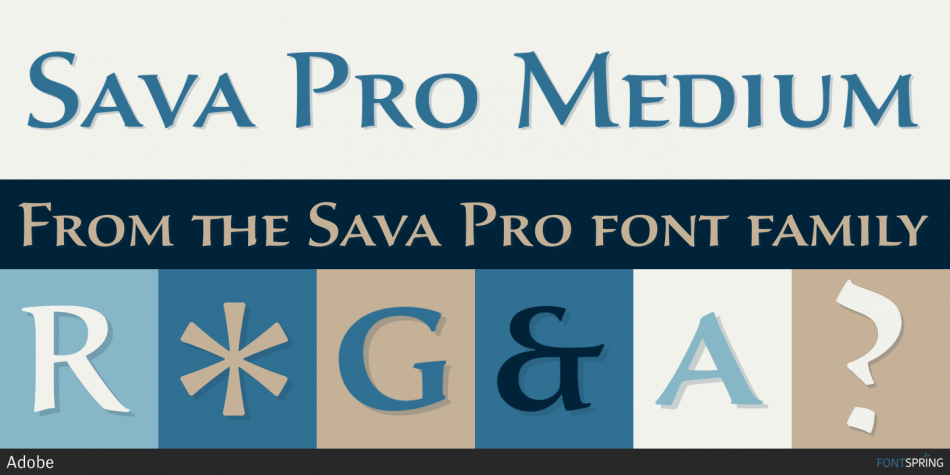 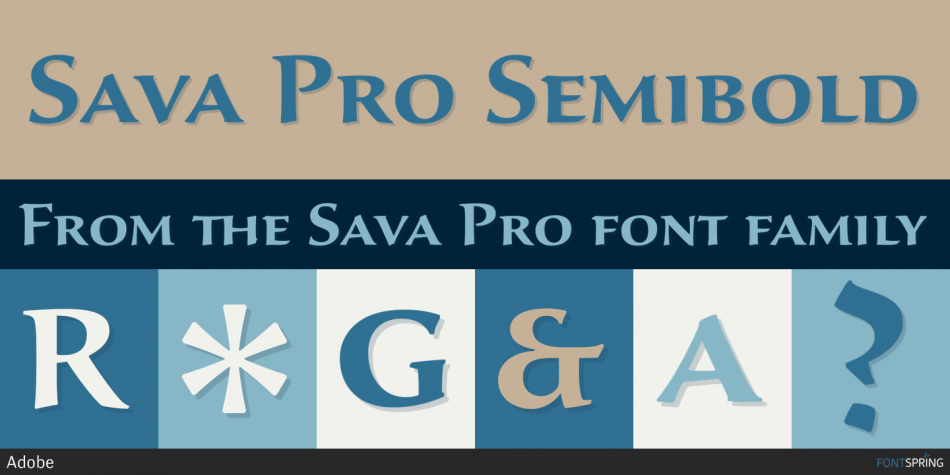 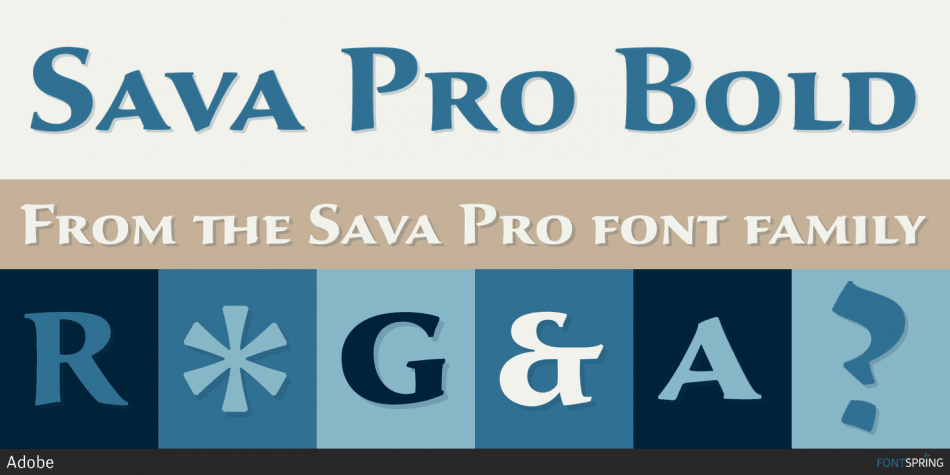 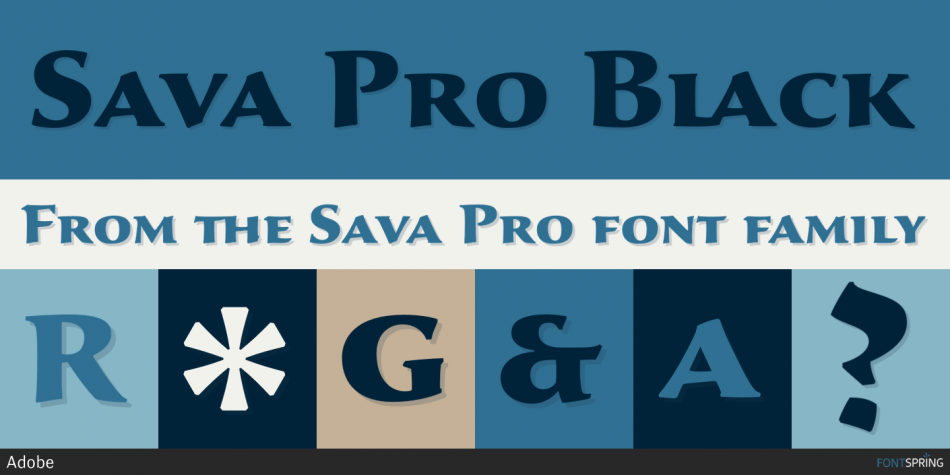 Sava Pro is a display sans and display serif font family. This typeface has six styles and was published by Adobe.

Sava Pro is a calligraphic capitals and small capitals Adobe Originals design by Jovica Veljovic. Available in six weights—light, regular, medium, semibold, bold and black—it includes support for most western and central European languages, as well as for Greek and many Cyrillic languages. Typographic features include a series of non-standard ligatures and a large collection of specialized Byzantine ornaments. Influenced by the forms of medieval calligraphy, Sava is named after St. Sava, the first Archbishop of Serbia, who was famous as a peacemaker, and for his educational and charitable works.