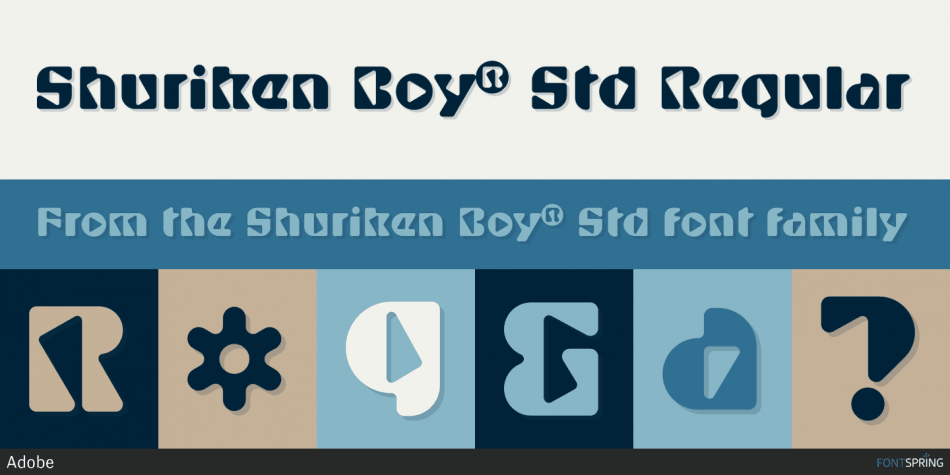 Shuriken Boy® Std is a display and kids font published by Adobe.

A few years ago when Joachim Müller-Lancé was doodling shapes on paper, he made the following observation: “My sketches revealed how letterforms can be perceived not only as black strokes on a white background, but also as shapes punching through one another.” Thus was Shuriken Boy born. Seen alone, many of its characters don’t look like letters at all; only their combination indicates text. It’s a futuristic look often seen in Japanese Manga comics and high-tech graphics. In fact, the name Shuriken Boy was inspired by William Gibson’s sci-fi novel, Neuromancer, in which a star-shaped Ninja weapon - a shuriken - appears as the hero’s talisman. The dynamic, triangular characters of Shuriken Boy are certain to add dramatic flair to high-tech tool or product packaging, toys and games, book titles, clothing labels, and computer user-group logos.