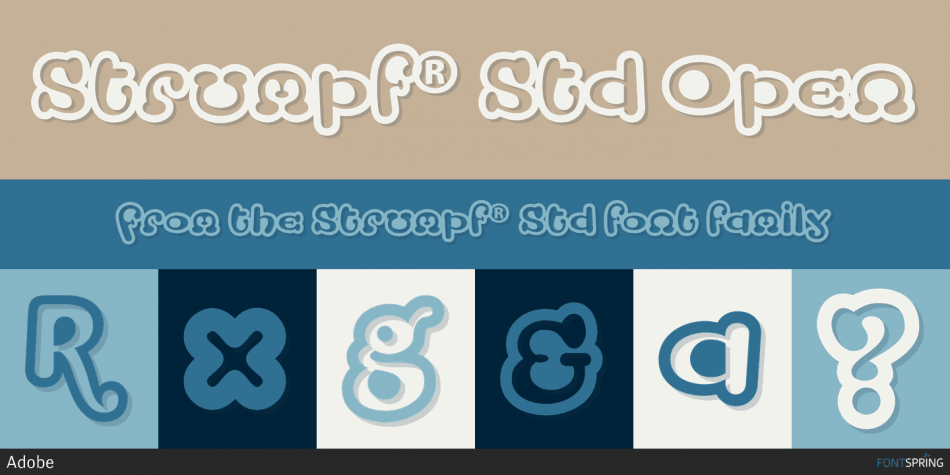 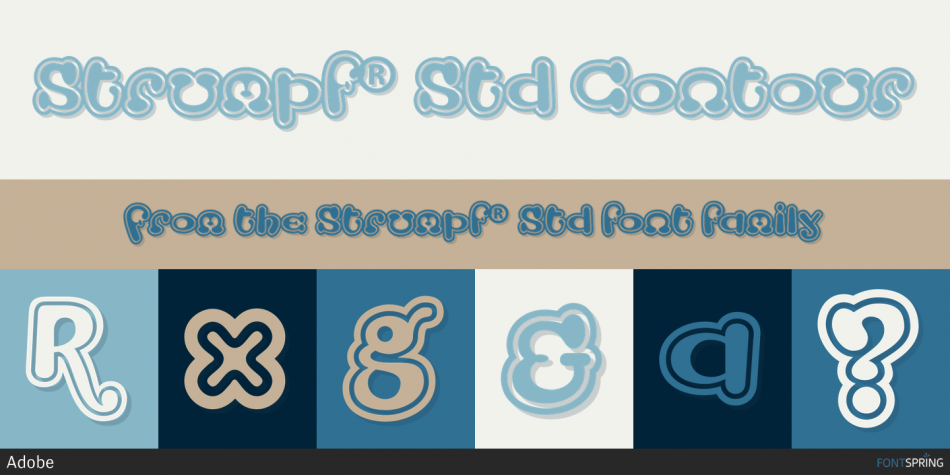 Strumpf® Std is a comic, display and kids font family. This typeface has two styles and was published by Adobe.

Strumpf was created by Portuguese designer Mario Feliciano. Late in 1994, Feliciano began work on a typeface that would capture the look and feel of his favorite comic strip. He believed this design should follow alphabetic tradition as little as possible, while still being readable. True to its comic-strip inspiration, Strumpf is highly animated; every letter has its own bouncy personality. Consistency is provided by the rounded shapes and outlines rather than a formal letterform structure. The two variations, Open and Contour, have different outline treatments, but the letters are encouraged to touch in both, enhancing their interplay and jocular disposition. Use fun-loving Strumpf for setting single light-hearted words or phrases, rather than lengthy headlines or text. Combine the Open and Contour faces to achieve chromatic effects with multi-color printing.