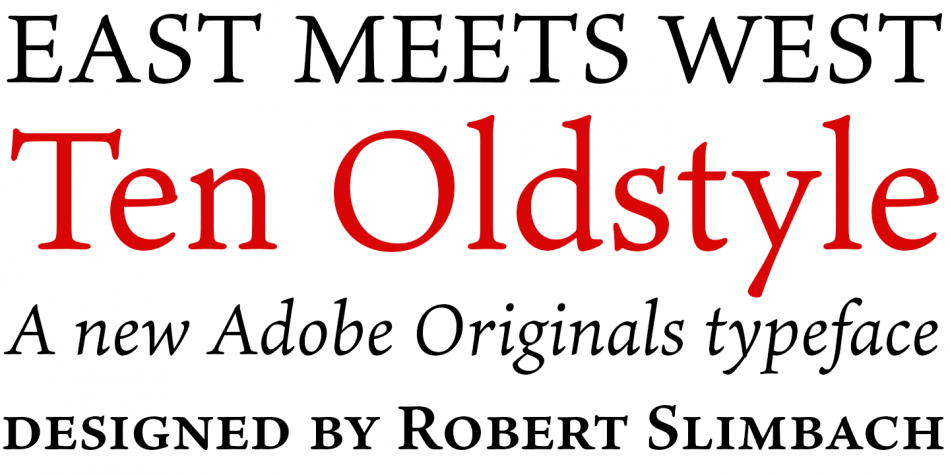 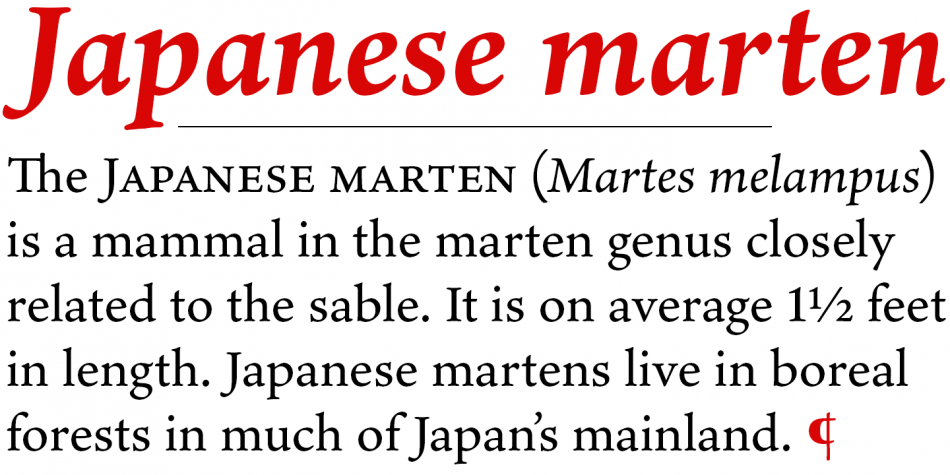 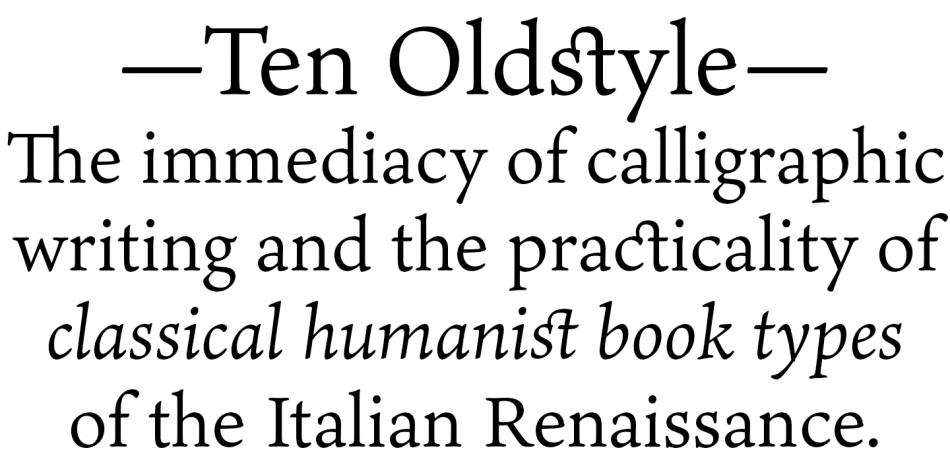 Designed by Robert Slimbach, Ten Oldstyle is a serif font family. This typeface has eight styles and was published by Adobe.

Ten Oldstyle is a four-weight type family from Principal Designer Robert Slimbach at Adobe. He designed it as the Latin component of Ten Mincho, a Japanese typeface by Adobe’s Chief Designer Ryoko Nishizuka. As it began to take the form of a small type family, Robert decided to release Ten Oldstyle on its own as well.

Ten Oldstyle might be described as a low-contrast semi-formal book face — a style which isn’t all that common among oldstyle fonts. These traits lend themselves particularly well to reading on-screen text, especially when the content is of an expressive nature. The weight axis spans from light text to bold, and includes italics.