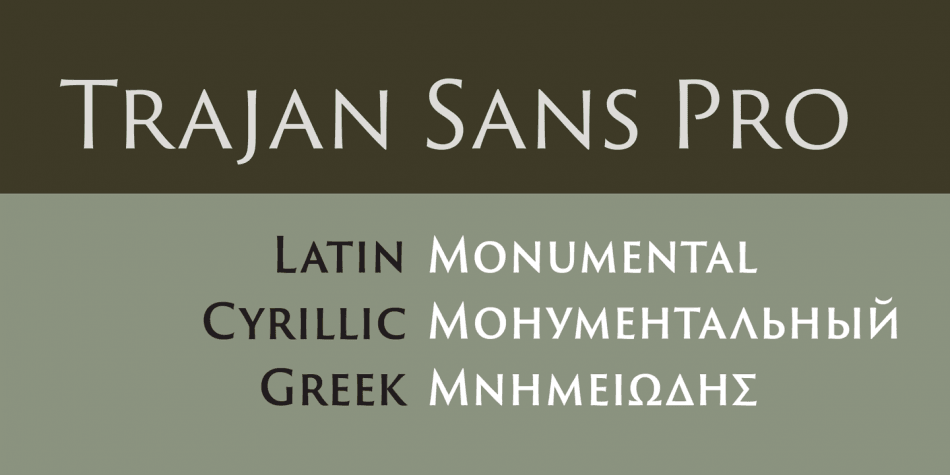 Trajan® Sans Pro is a display sans font family. This typeface has six styles and was published by Adobe.

Conceived alongside his recent extension of Carol Twombly’s Trajan family, Adobe Principal designer Robert Slimbach set out to create a distinctly modern sans-serif display type family that retains the elegance and versatility of the original design. The new san-serif variation exhibits less stroke contrast than its seriffed counterpart, with stylized flared stroke endings that suggest v-shaped terminals cut in stone. While there are several fine san-serif typefaces on the market that are inspired by the monumental capitals of ancient Rome, Trajan Sans is unique in its fidelity to the form of the highly-regarded letters inscribed at the base of the Trajan column. The family is offered in six weights ranging from Light to Extra Bold, with language coverage for Pan-European Latin, Cyrillic and Greek. Trajan Sans can be used to convey a sense of permanence, elegance, and modernity in a variety of display titles and signage.