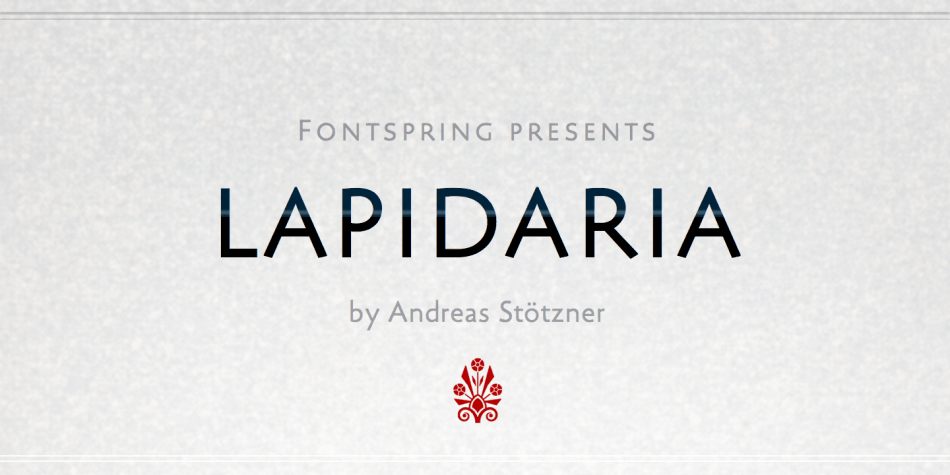 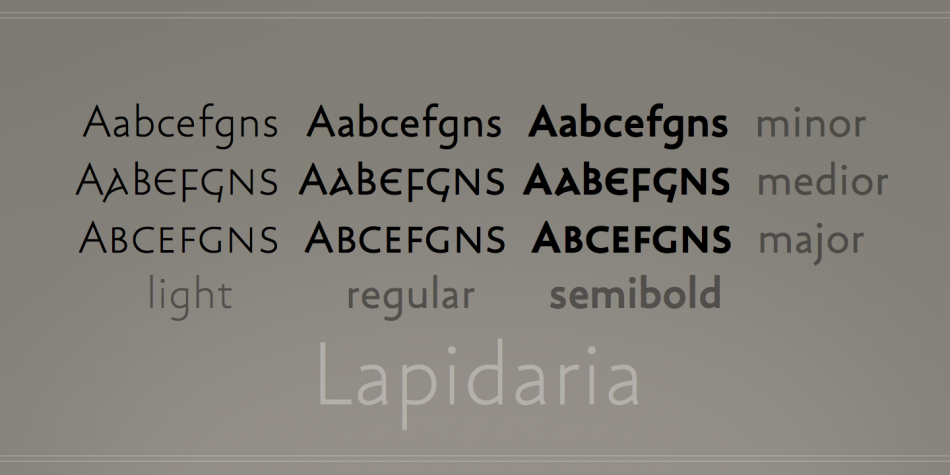 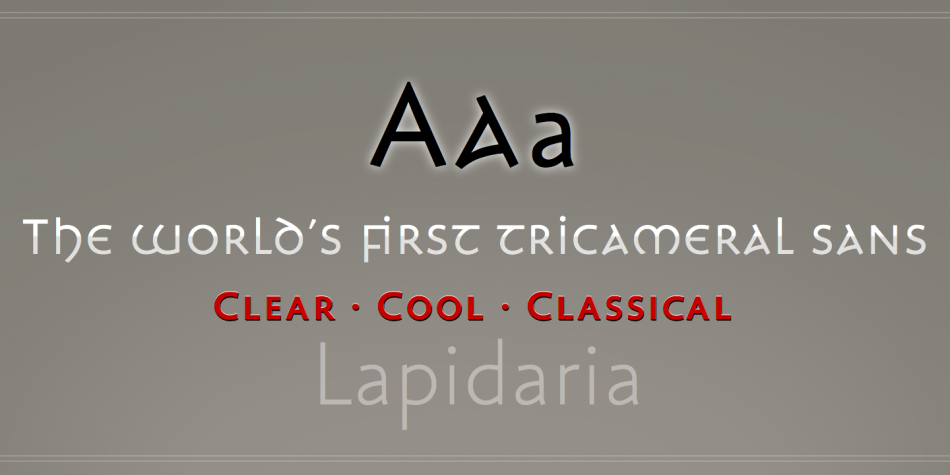 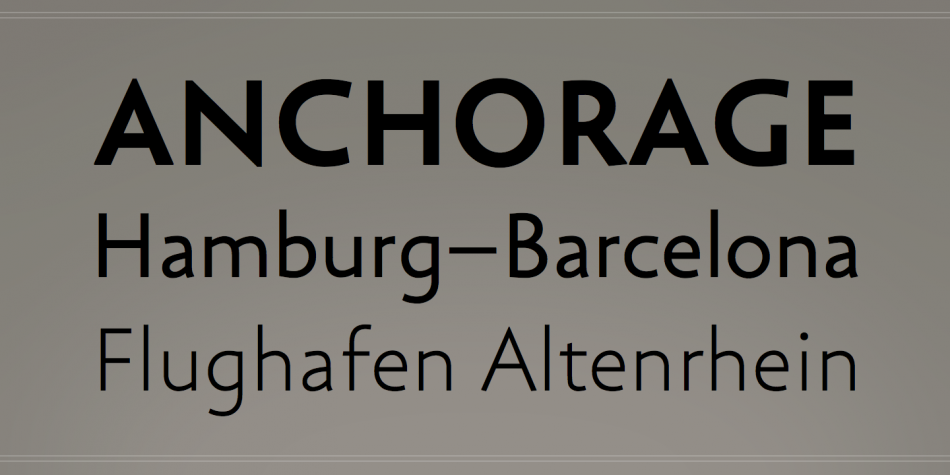 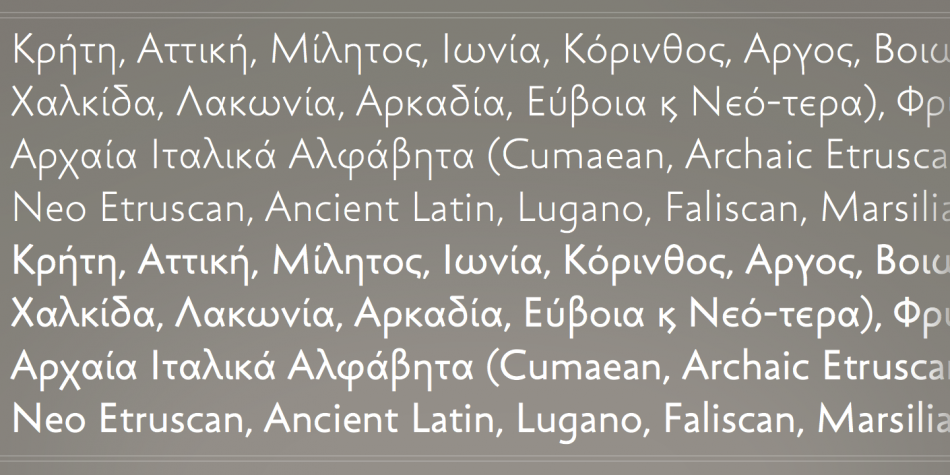 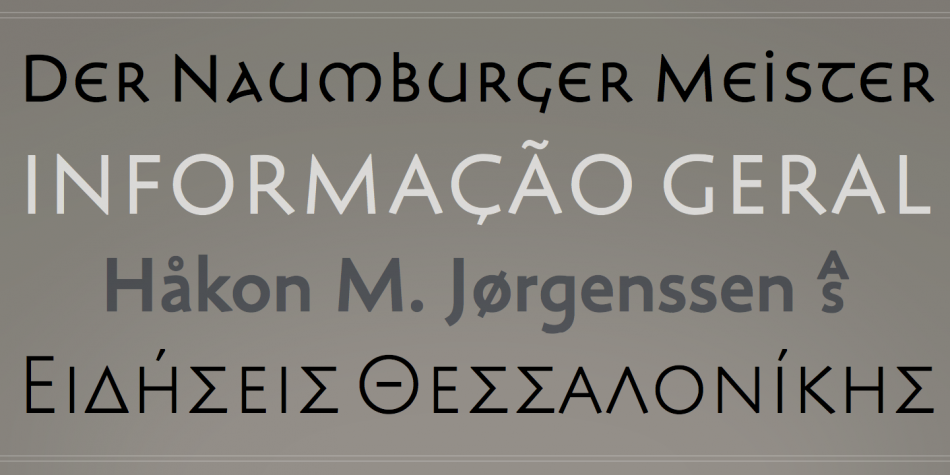 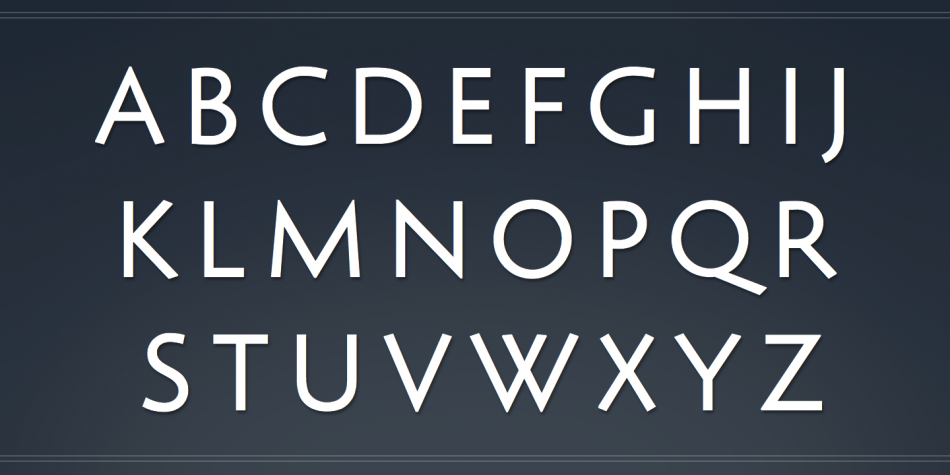 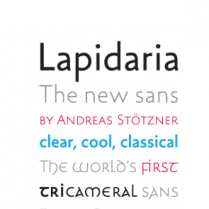 Lapidaria may be described as a ‘geometric sans with humanist qualities’. The style is smart and simple, its mood is calm, cool and classical. Though quite well performing even in longer text bodies, a particular strength of Lapidaria lies in display typography. But the most peculiar aspect of Lapidaria is its family concept: uppercase, lowercase and middlecase letters blending smoothly into one typographic tone, thus offering entirely new typographic possibilities. The middlecase (or uncial) sorts being accomodated in the lowercase positions of the Medior fonts.

Last but not least, a set of ten ornament characters (in each font) will let you make sparkling designs.