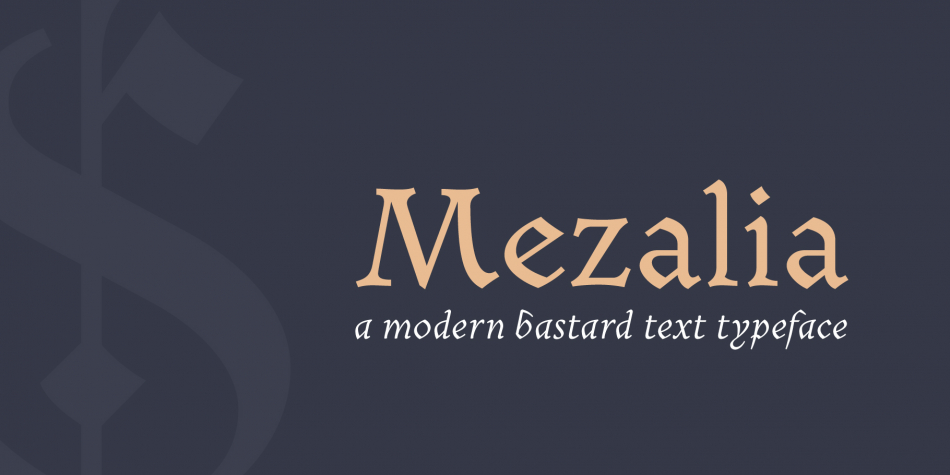 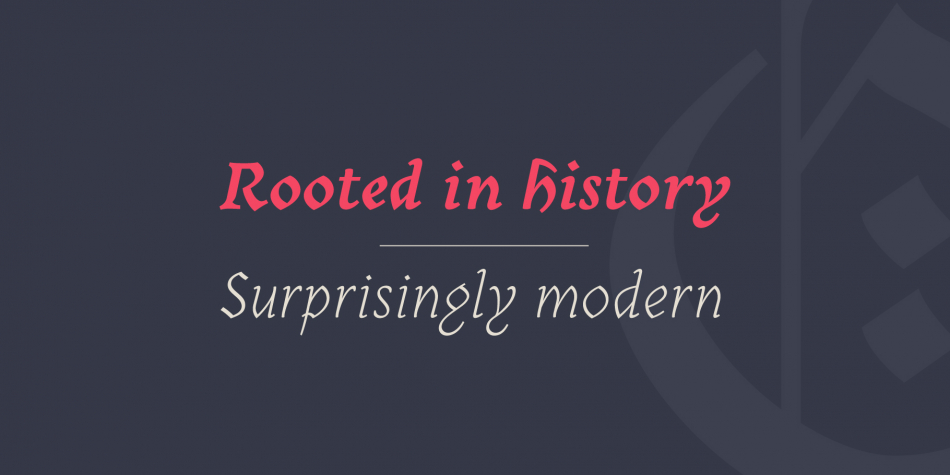 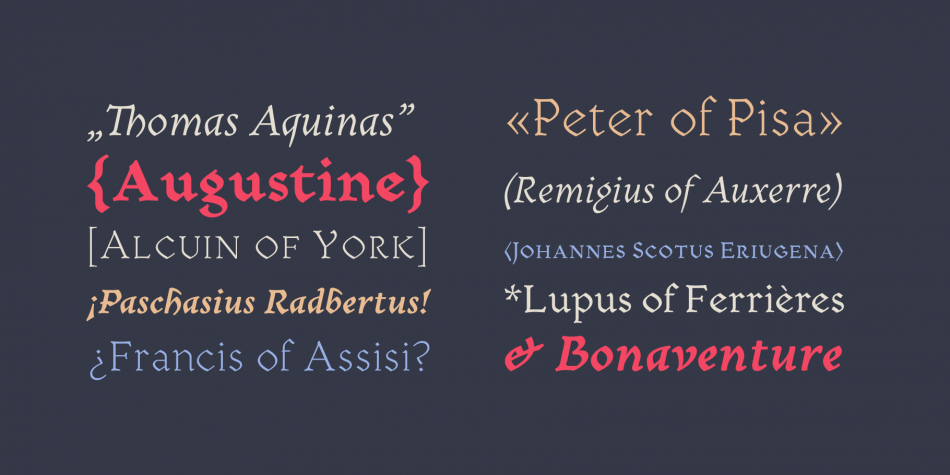 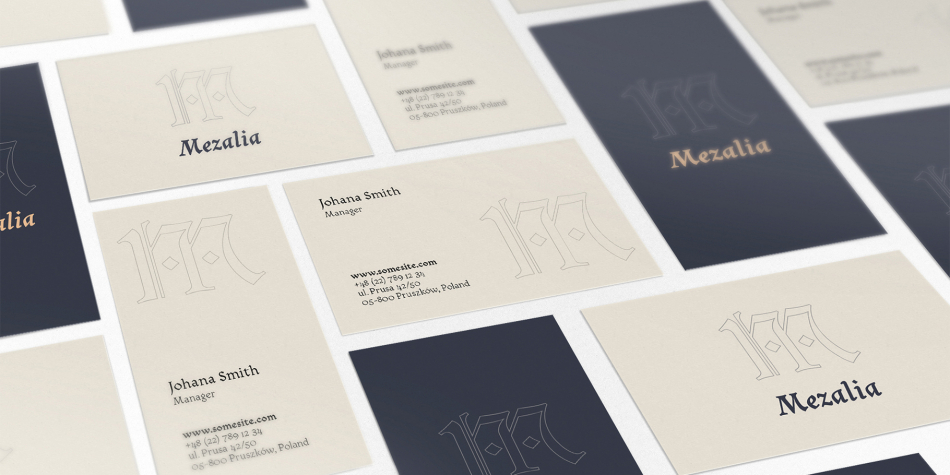 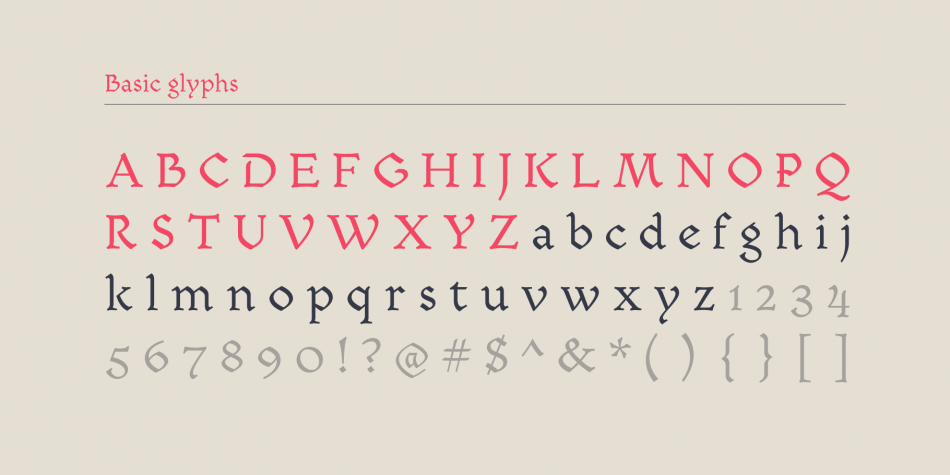 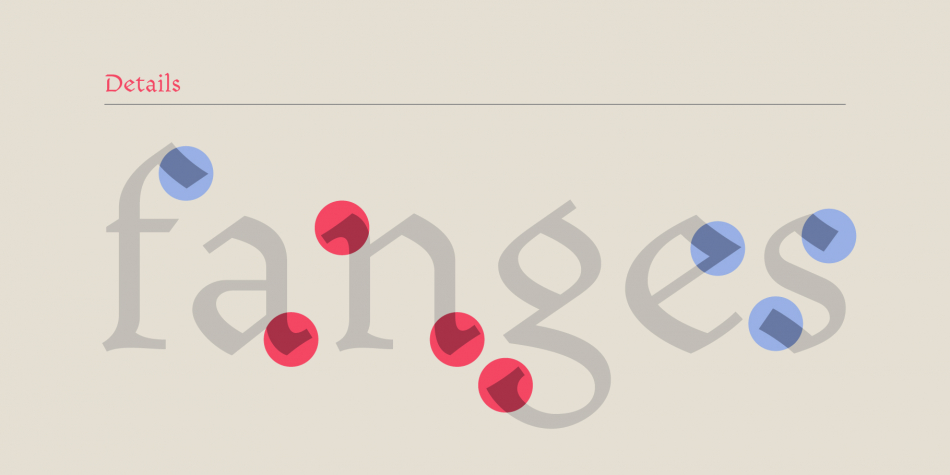 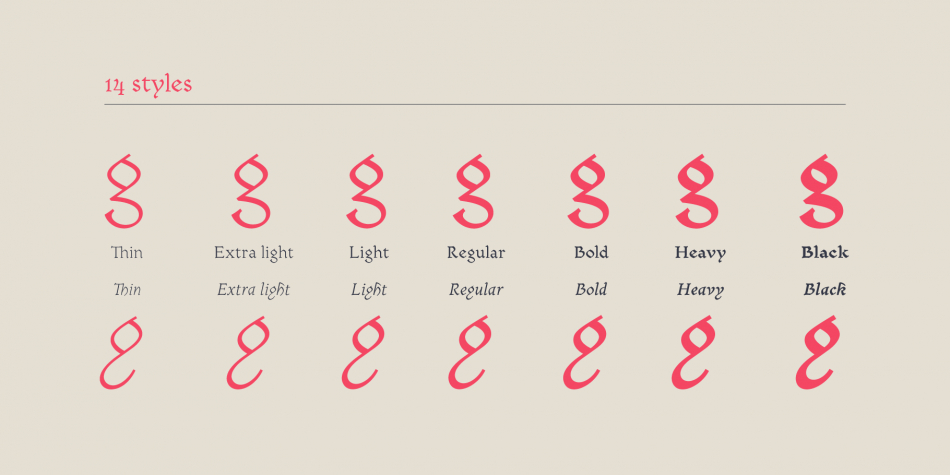 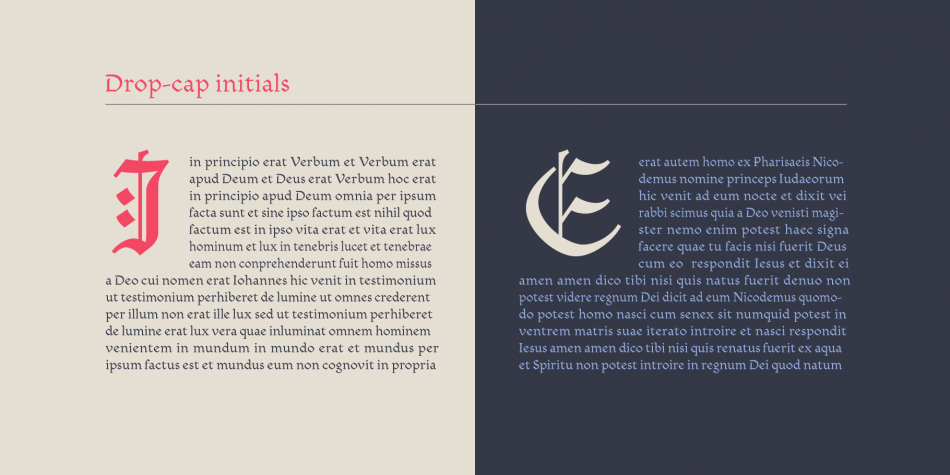 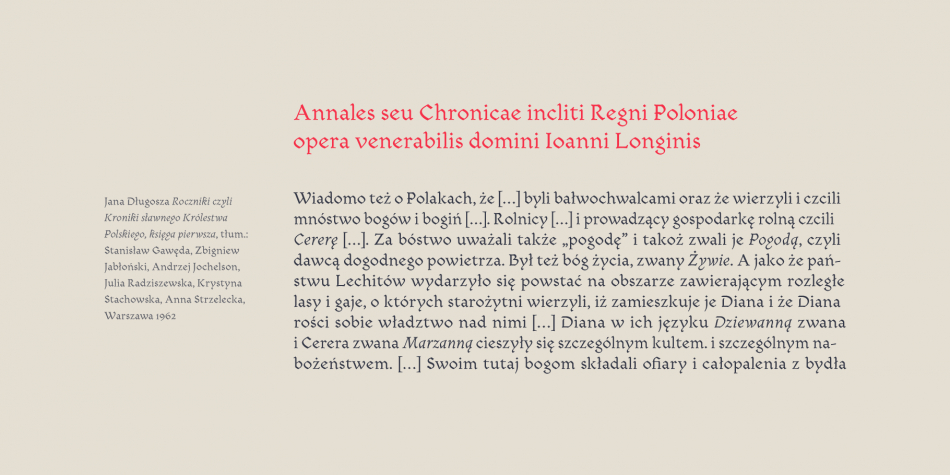 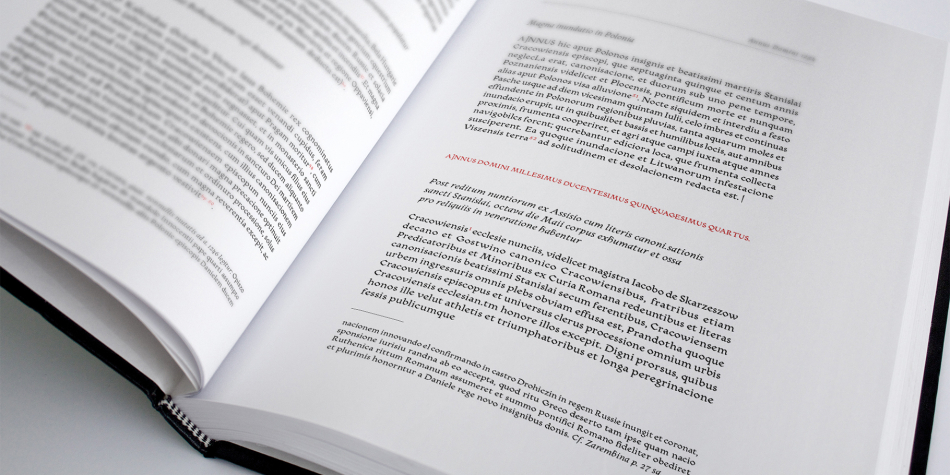 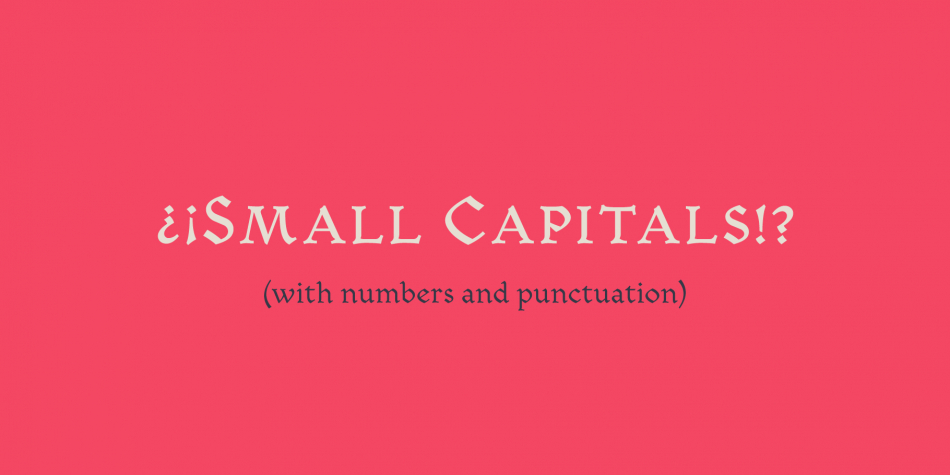 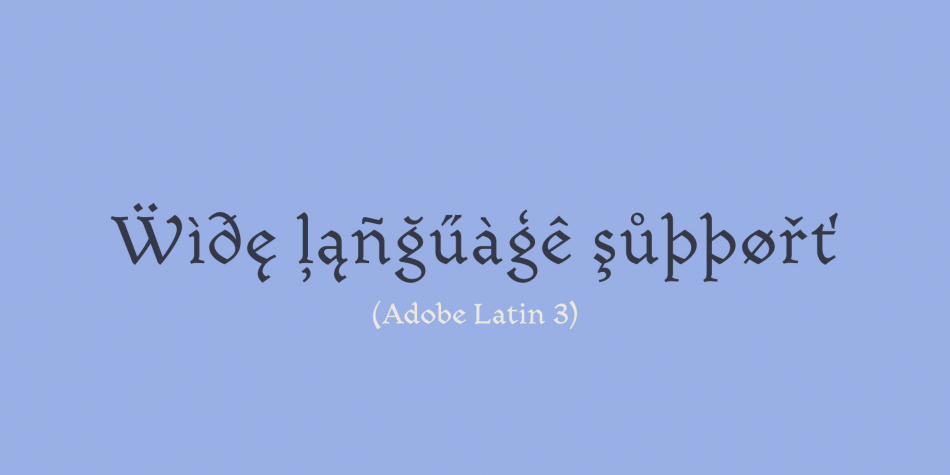 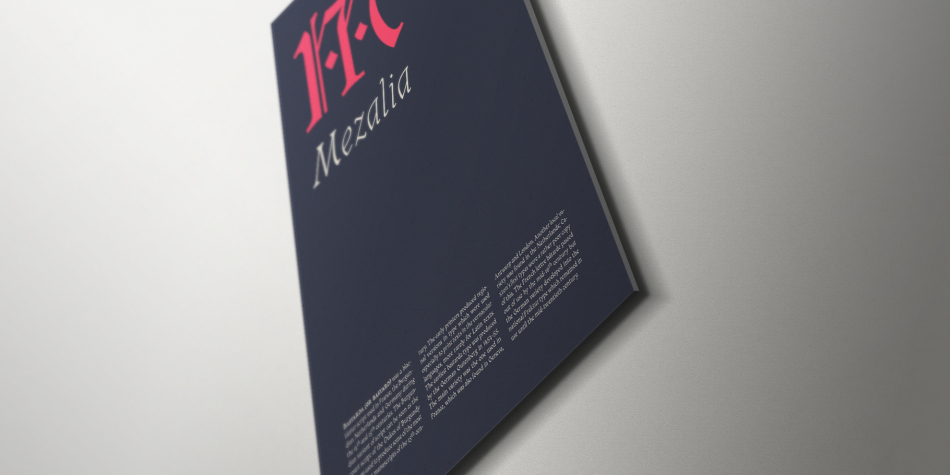 Mezalia is a blackletter, historical and monograms font family. This typeface has fifteen styles and was published by Arrière-garde.

Mezalia is a one of a kind typeface. Its shapes were strongly influenced by bastarda scripts of high medieval times. But unlike most fonts sharing similar origin, Mezalia is not just another blackletter but a fully functional text typeface, blending medieval poise and character with modern sensibilities. Stroke widths, imitating a broad nibbed pen of a scribe, fluctuate constantly giving paragraphs a characteristic vibrating texture. Despite it’s strong character Mezalia is very legible and will be an excellent choice for a book or an elegant magazine.

Mezalia has two distinct styles: straight and cursive, which come in seven weights, from thin to black. Each weight contains a set of old-style figures, lining figures, small caps and ligatures. A separate style containing drop-cap initials is also available.