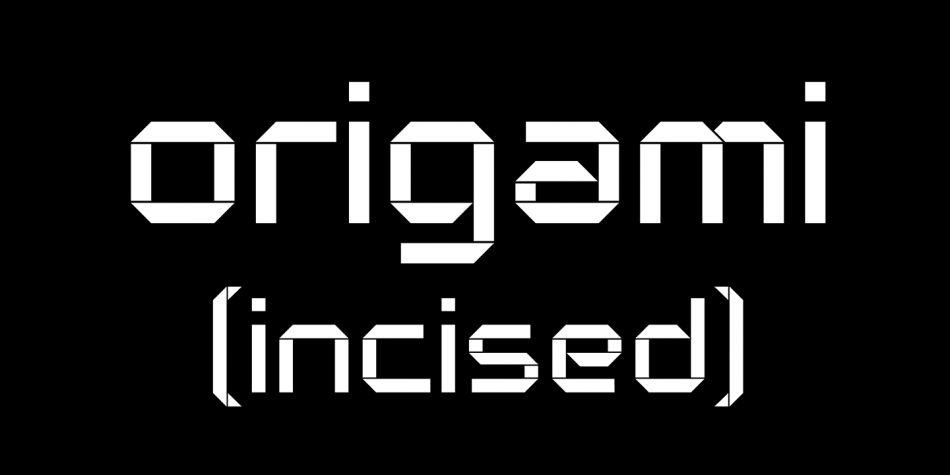 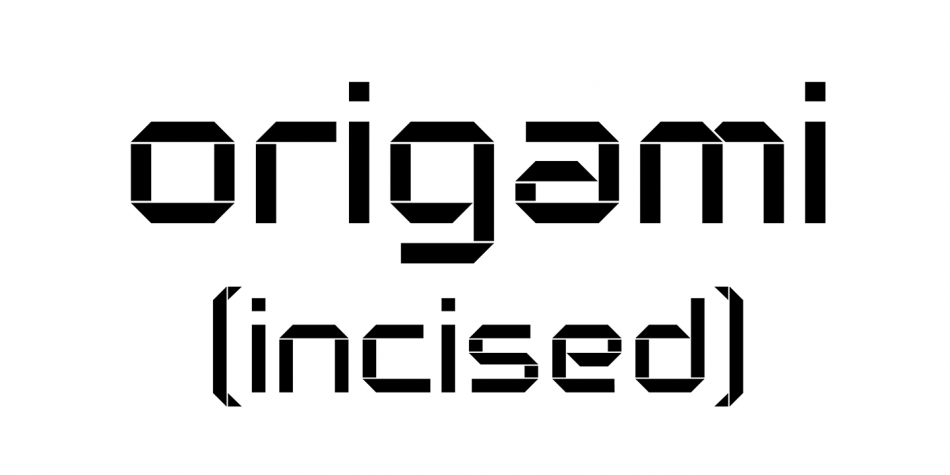 Origami Incised is a display sans font published by ArtyType.

The starting point for the concept of this ‘Origami’ inspired font was to represent each character using a strip of folded paper as the basic premise. It was realized fully by incorporating an incised line.  Of course, the folded paper aspect is just a two dimensional illusion but subconsciously people will automatically interpret the font three dimensionally.

There are many and varied options for creating alternative characters following this logic, as the centuries-old Origami tradition itself illustrates quite clearly, but I wanted to maintain an ordered sense of style and balance throughout the full character set, thus holding true to the Japanese ethos and spirit.