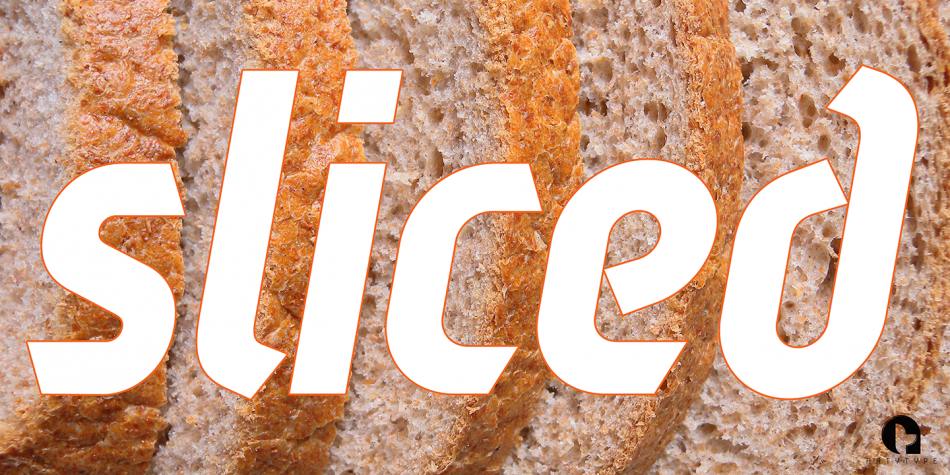 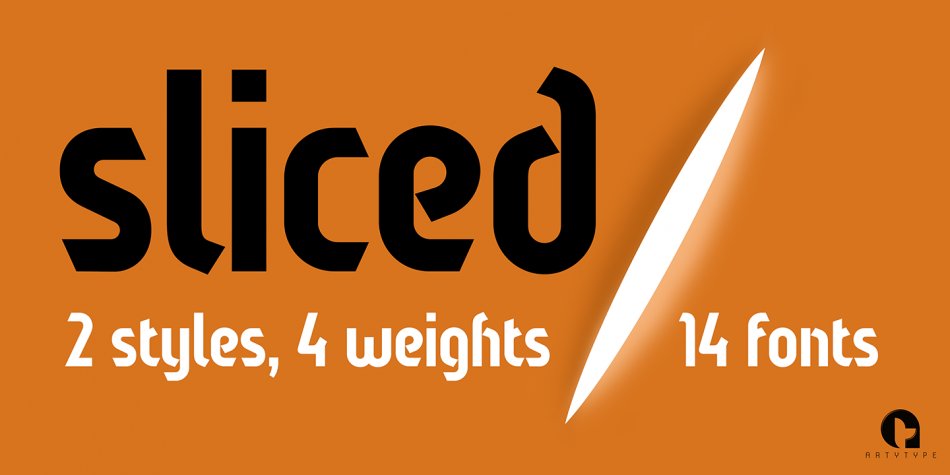 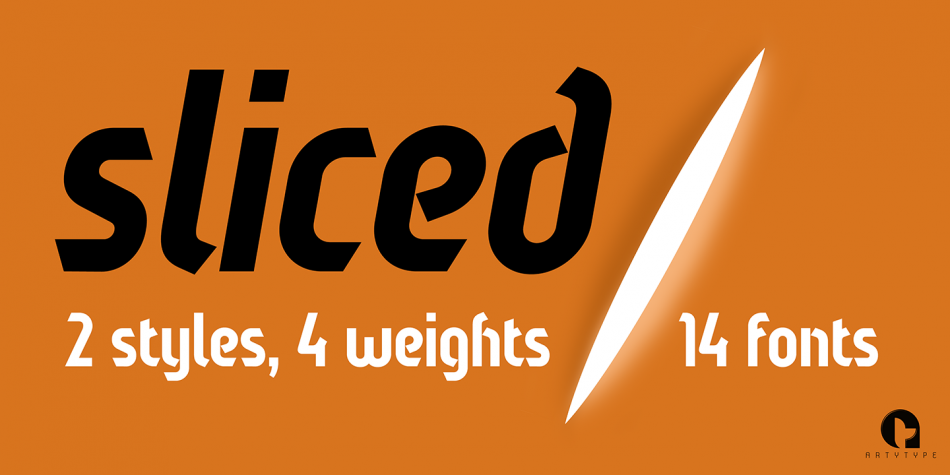 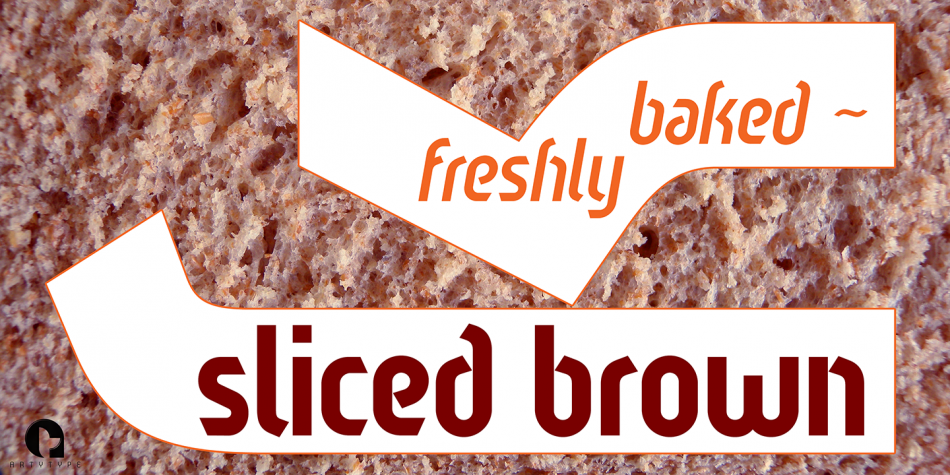 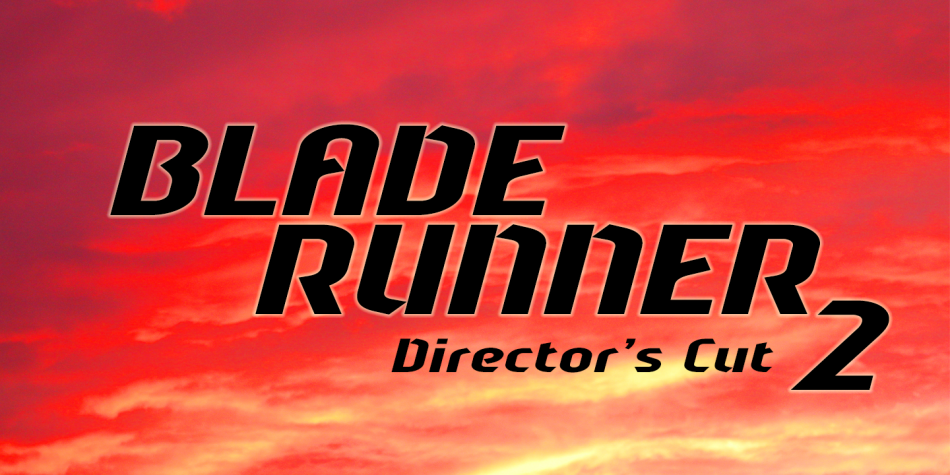 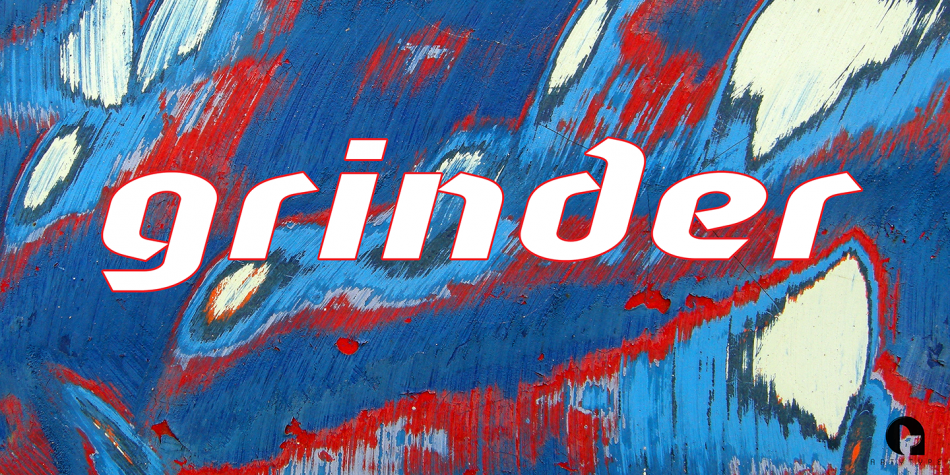 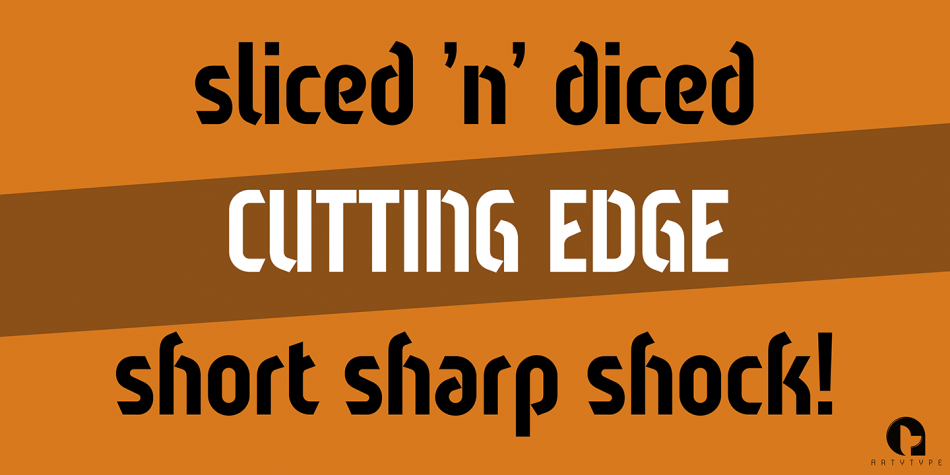 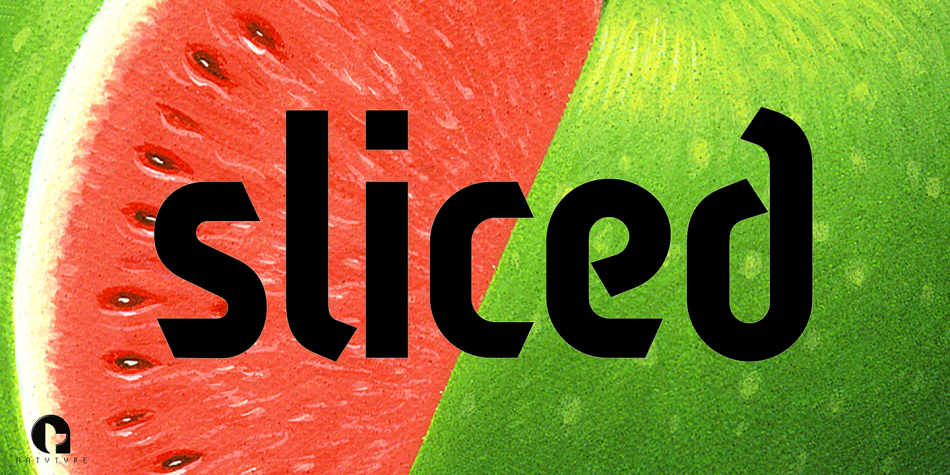 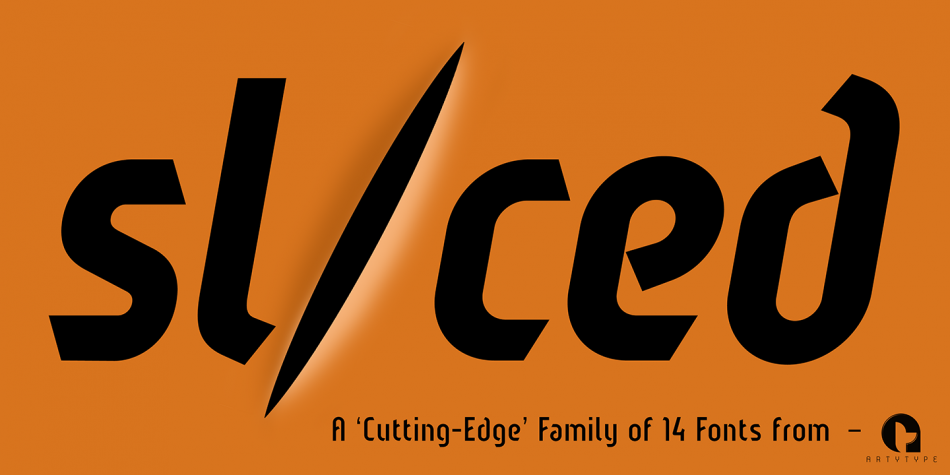 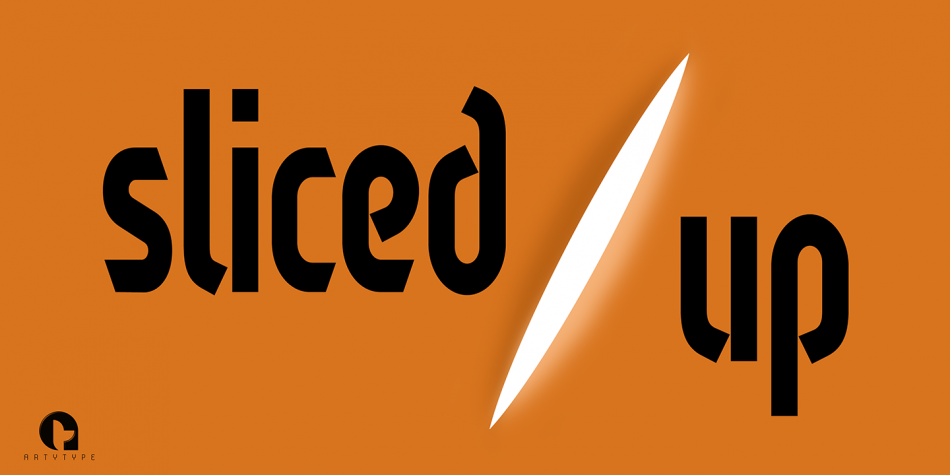 Sliced is a display sans font family. This typeface has seven styles and was published by ArtyType.

The name of this robust typeface is adopted quite literally from the slice taken out of certain characters. The same sliced angle is also applied to many of the terminals, creating a clean-cut styling throughout the family.

The standard Sliced family is complemented by a lighter, more open set, Sliced Open, which extends the versatility and design flexibility of the typeface and comprises a total of 14 font styles, all with extended European character sets.