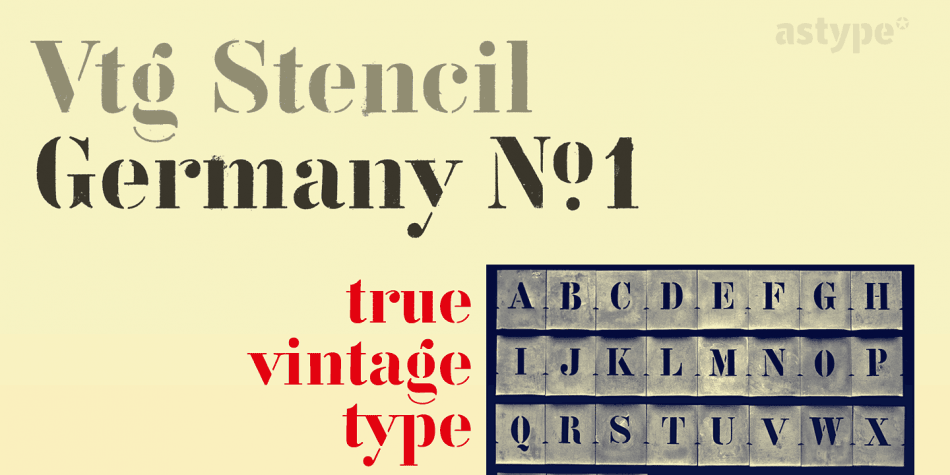 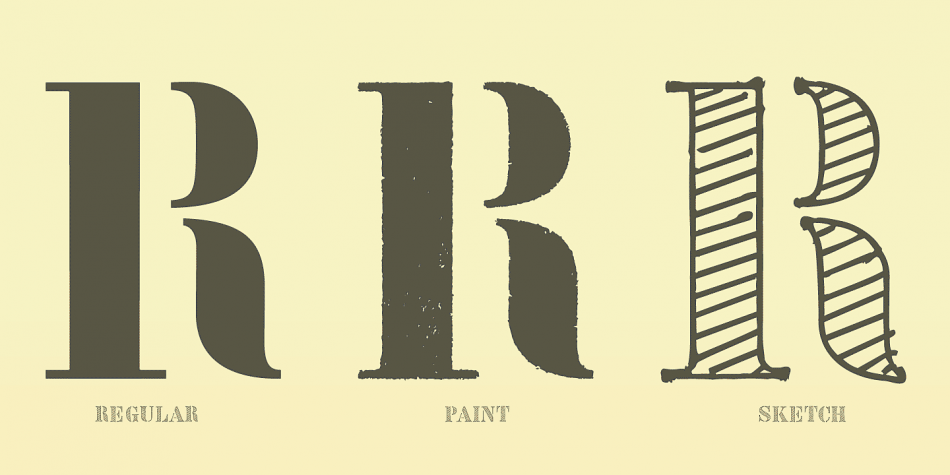 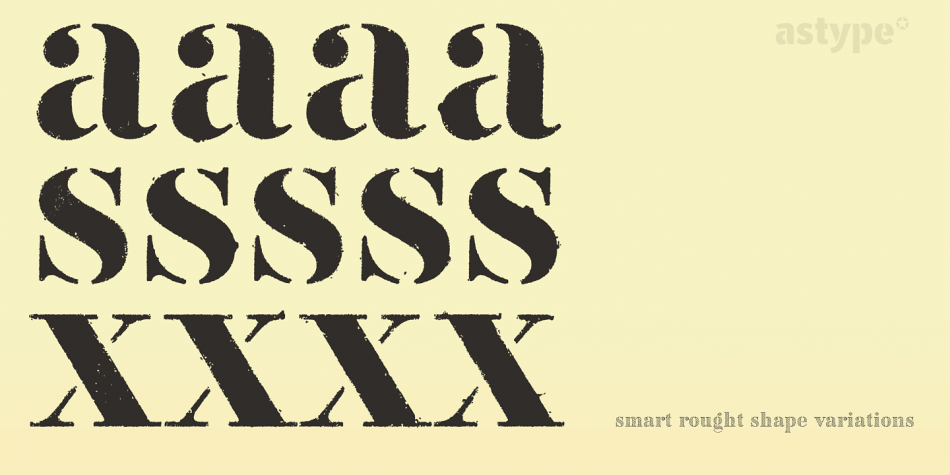 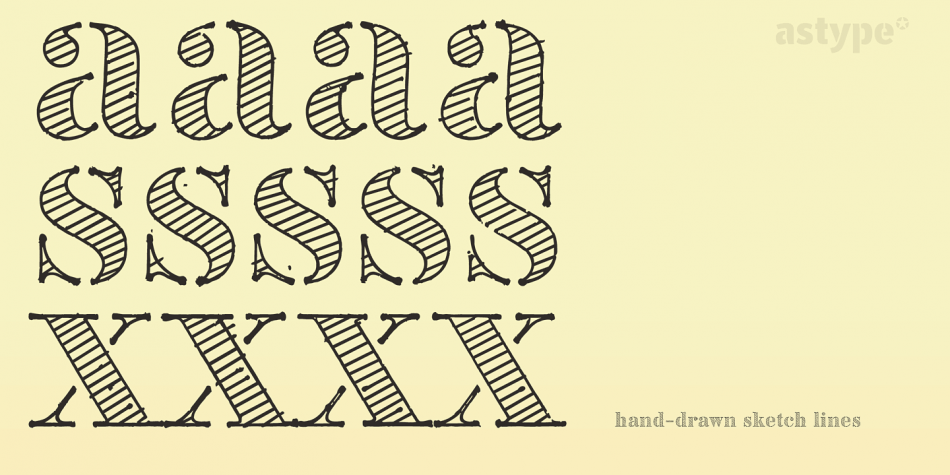 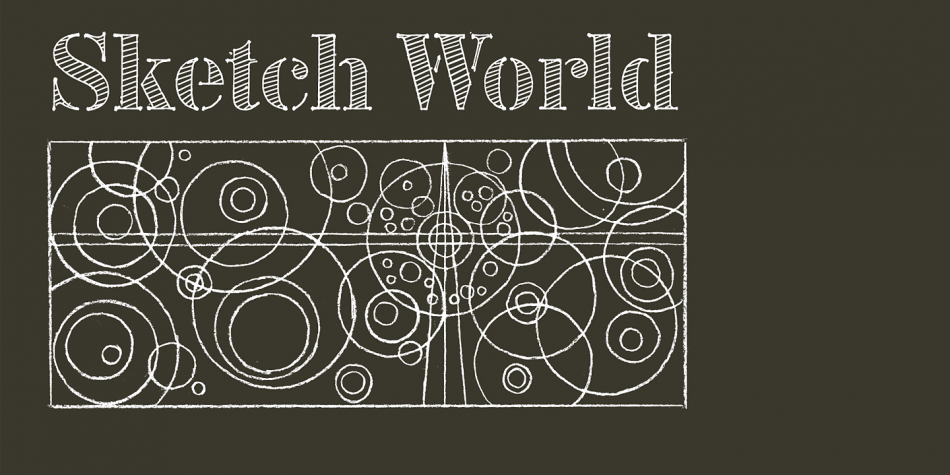 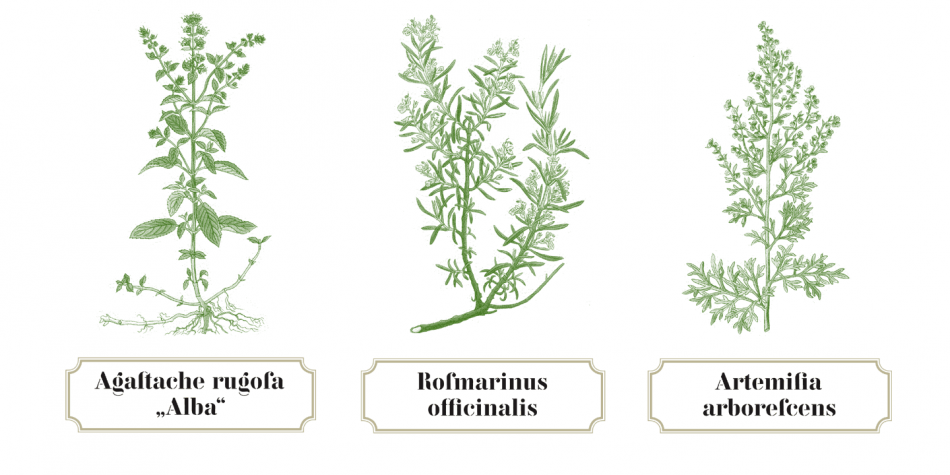 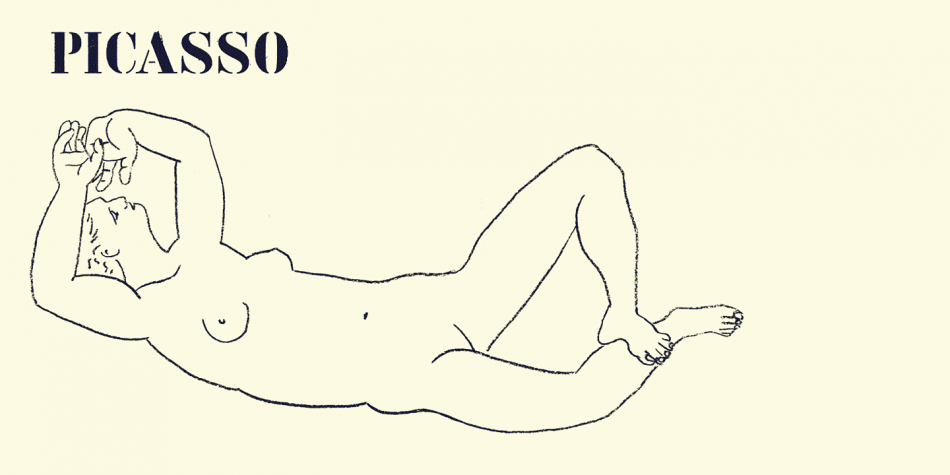 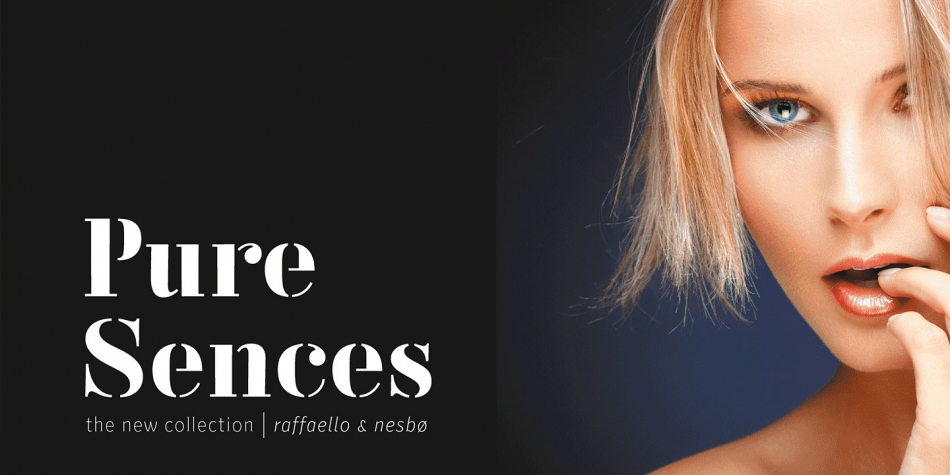 Designed by Andreas Seidel, Vtg Stencil Germany No.1 is a display serif, grunge and stencil font family. This typeface has five styles and was published by Astype. 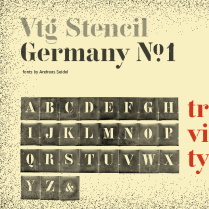 The Vtg Stencil series of fonts from astype are based on real world stencils. The Germany No.1 design was derived from authentic antique German stencil-plates.

Surprisingly these stencil-plates offer a high contrast Didot design very similar to the French stencils produced and sold till today. The production time of these stencils is in the range of the German imperial period (1871–1918). Of course, the usage period was even longer.

The font styles »Paint« and »Sketch« include 4 additional variations of base glyphs and figures. An extensive random function will mix the glyphs as you type - on proper OpenType-savvy apps like Adobe InDesign only.