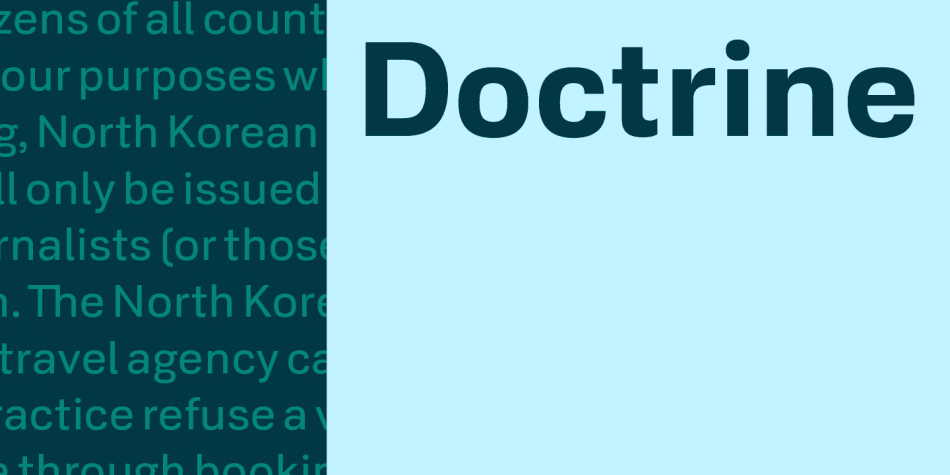 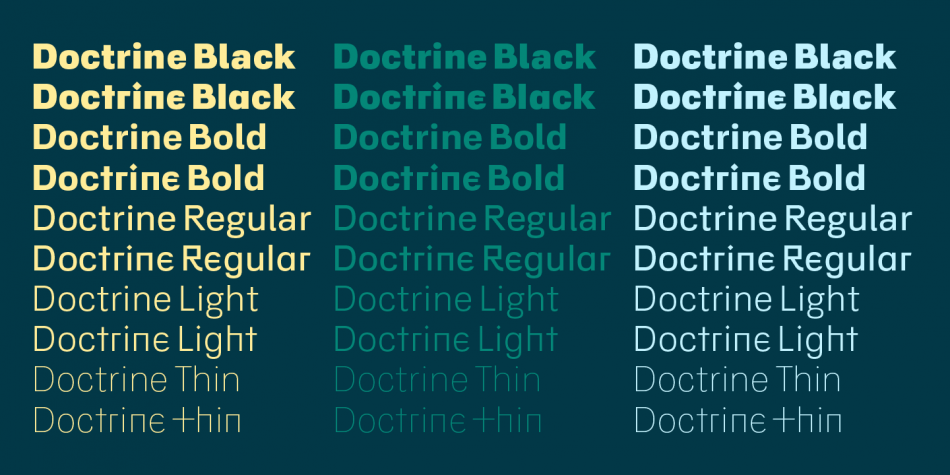 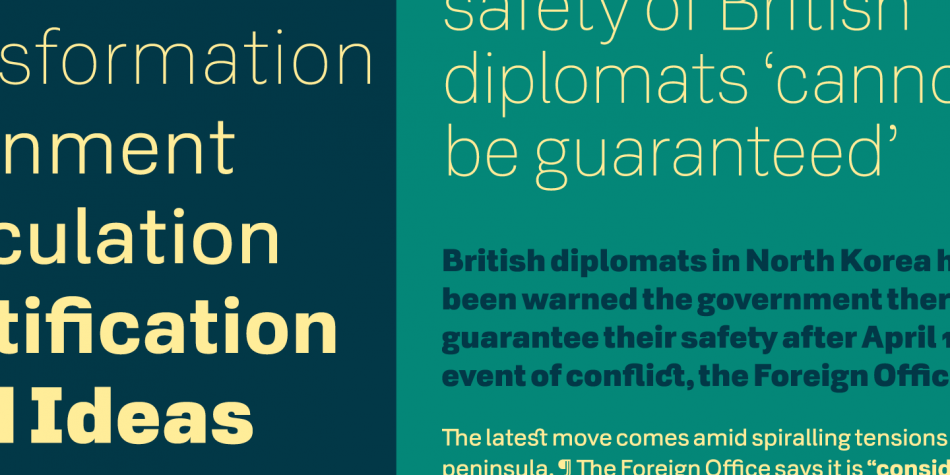 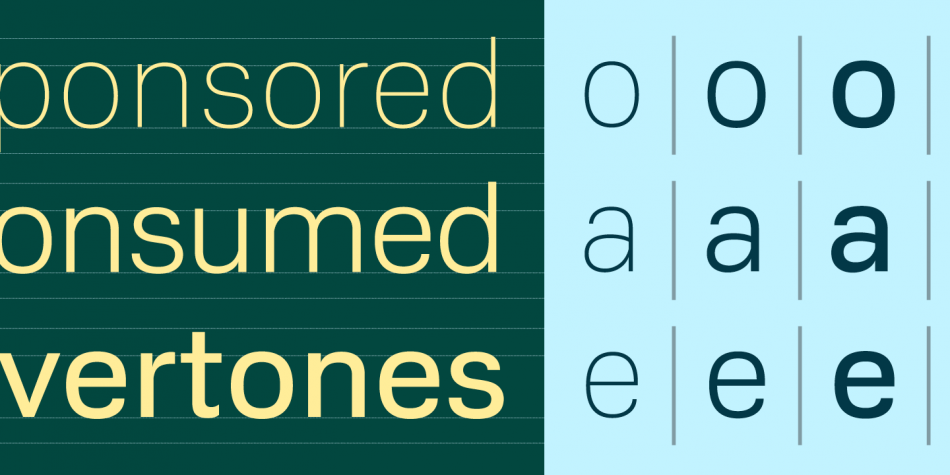 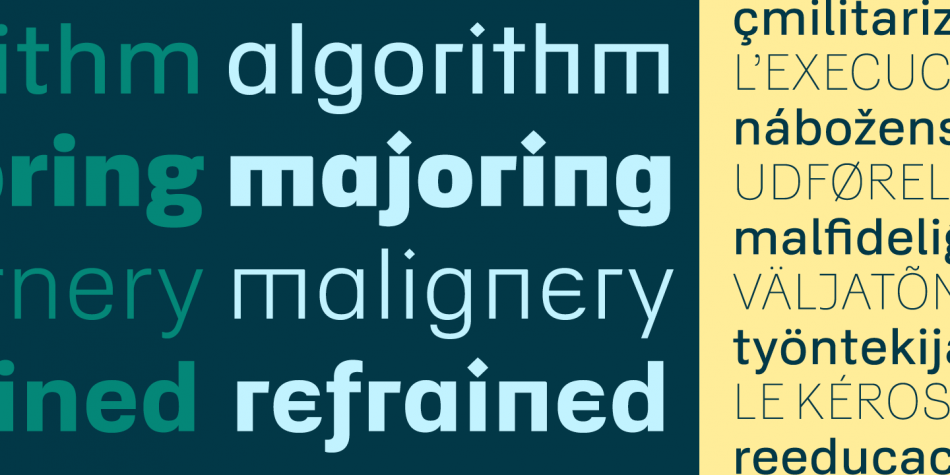 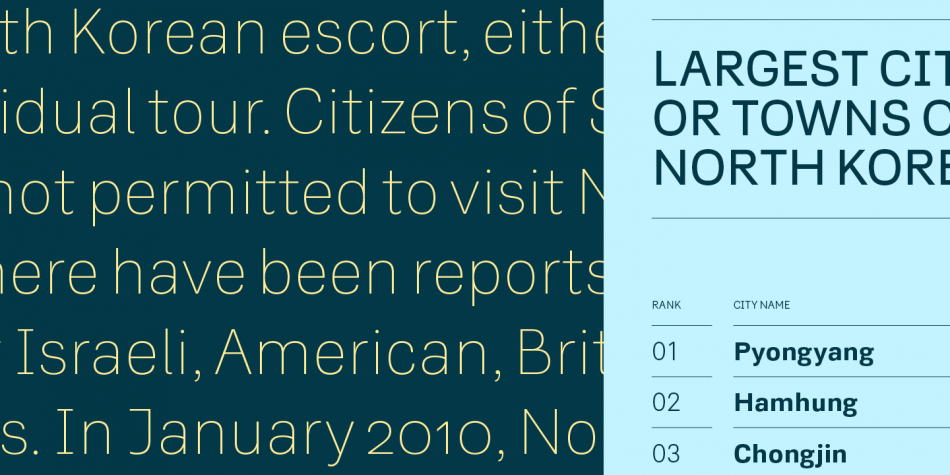 Designed by Jonathan Barnbrook, Marcus Leis Allion and Jonathan Abbott, Doctrine is a sans serif font family. This typeface has ten styles and was published by Barnbrook Fonts. 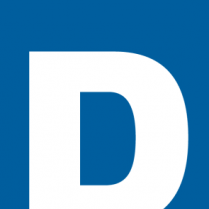 A contemporary sans serif typeface with an agreeable character, Doctrine Sans is the moderate comrade of the display typeface Doctrine Stencil.

Doctrine draws influence from the classic mid-century neo-grotesques and, while it retains a sense of crisp modernity, it exudes a more contemporary and human character. Unlike the conventional neo-grotesque model that includes an oblique character set, Doctrine features true italics in all of its five weights.