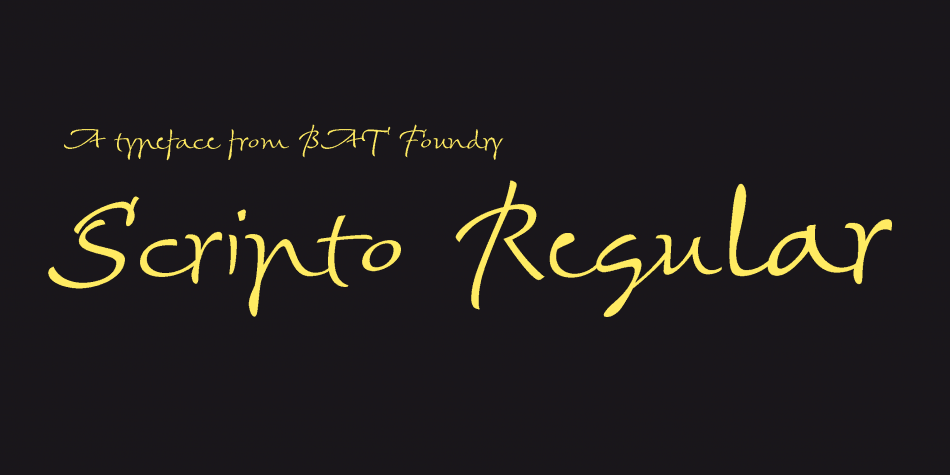 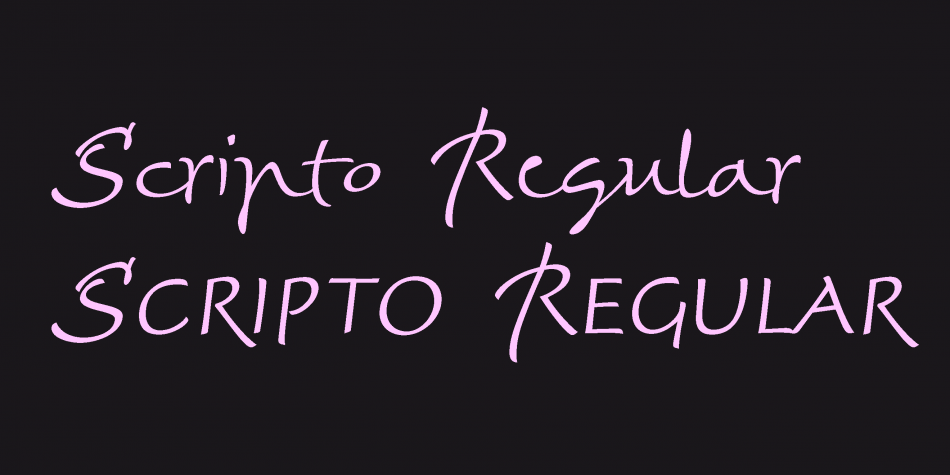 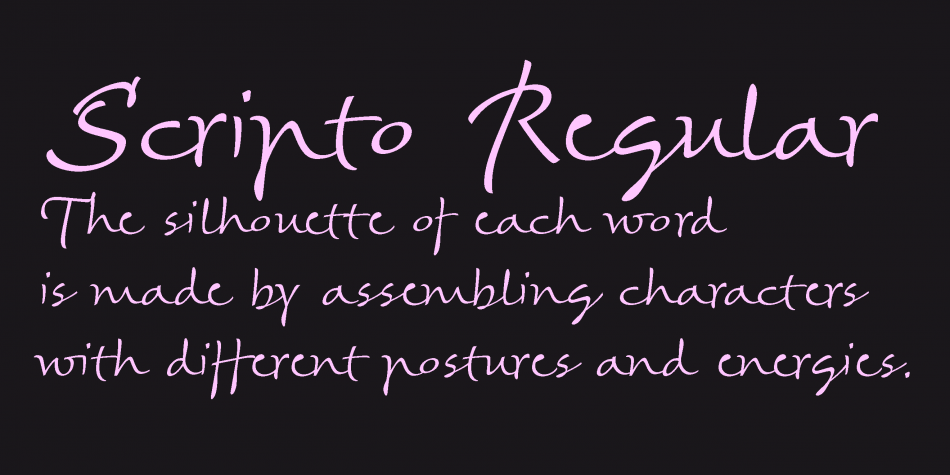 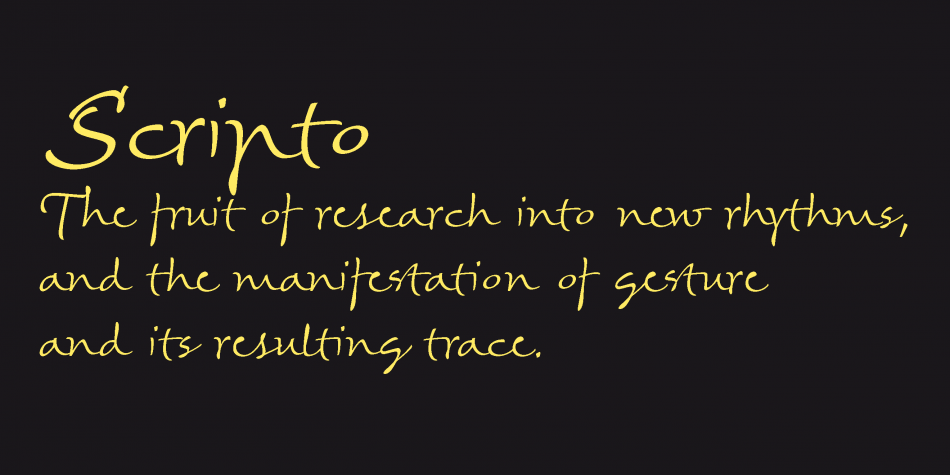 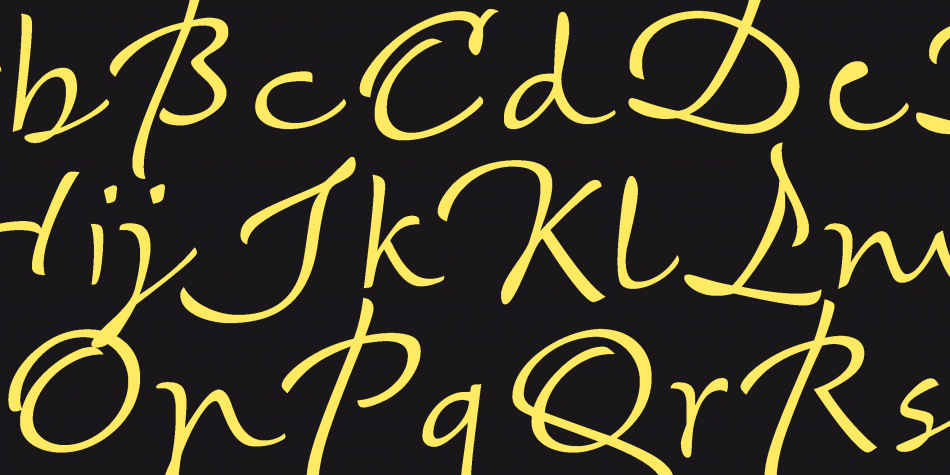 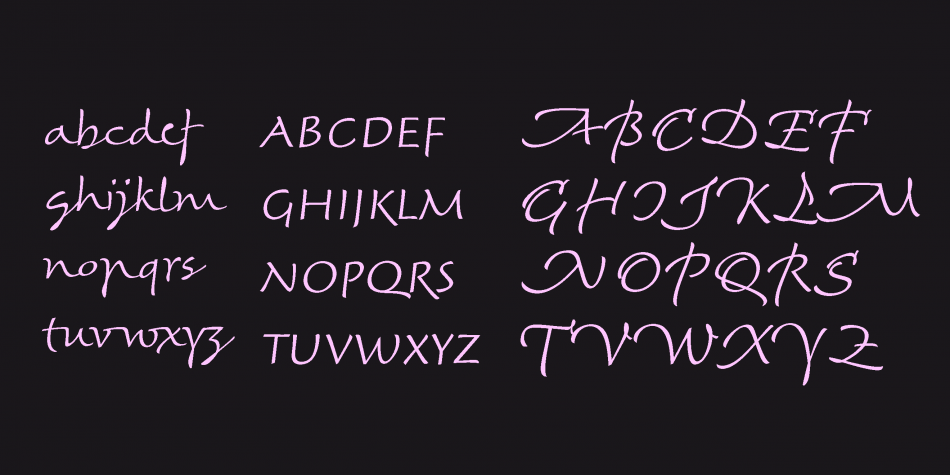 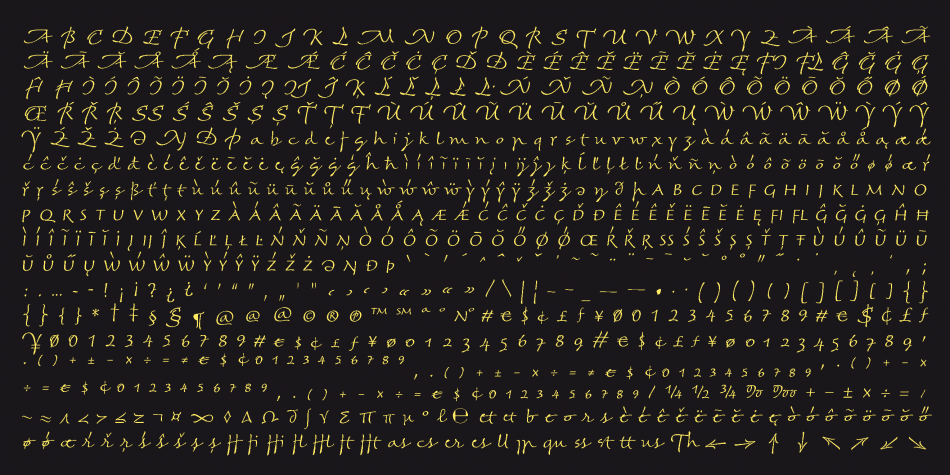 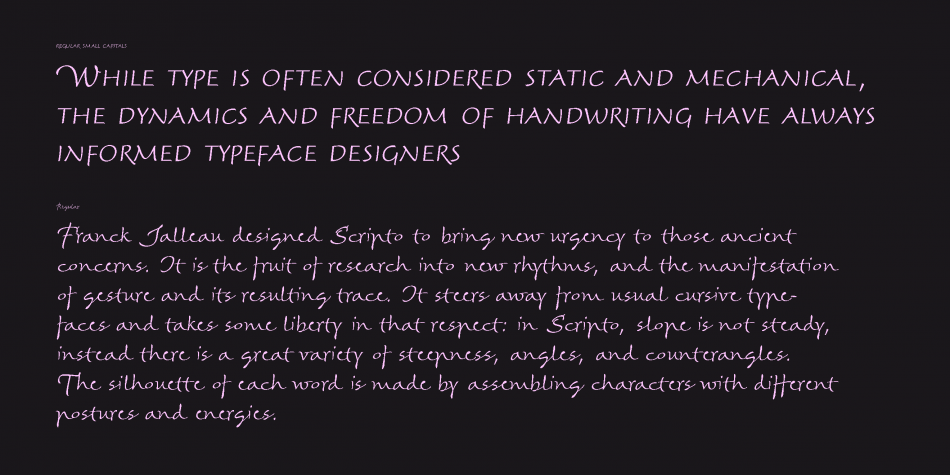 Designed by Franck Jalleau, Scripto is a script font published by BAT Foundry. 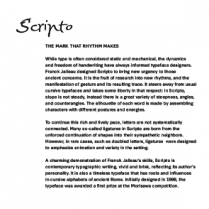 While type is often considered static and mechanical, the dynamics and freedom of handwriting have always informed typeface designers. Franck Jalleau designed Scripto to bring new urgency to those ancient concerns. It is the fruit of research into new rhythms, and the manifestation of gesture and its resulting trace. It steers away from usual cursive typefaces and takes some liberty in that respect: in Scripto, slope is not steady, instead there is a great variety of steepness, angles, and counterangles. The silhouette of each word is made by assembling characters with different postures and energies.

To continue this rich and lively pace, letters are not systematically connected. Many so-called ligatures in Scripto are born from the unforced continuation of shapes into their sympathetic neighbors. However, in rare cases, such as doubled letters, ligatures were designed to emphasize animation and variety in the setting.

A charming demonstration of Franck Jalleau’s skills, Scripto is contemporary typographic writing, vivid and brisk, reflecting its author’s personality. It is also a timeless typeface that has roots and influences in cursive alphabets of ancient Rome. Initially designed in 1996, the typeface was awarded a first prize at the Morisawa competition.