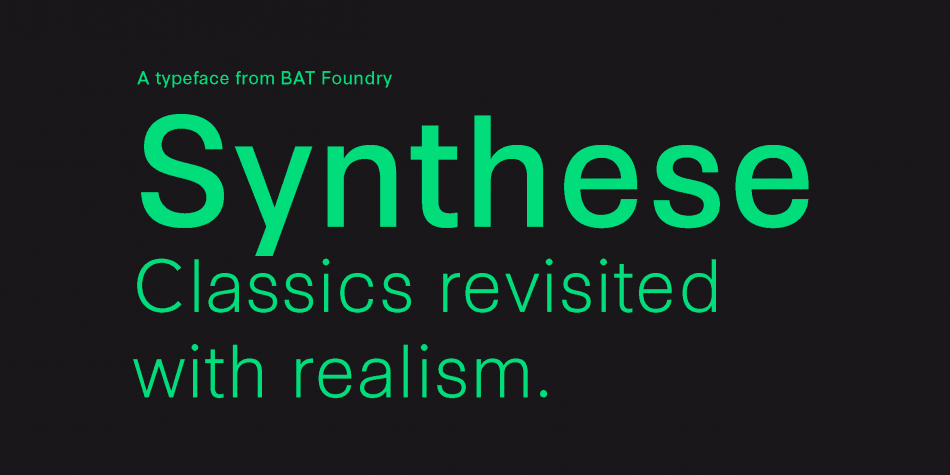 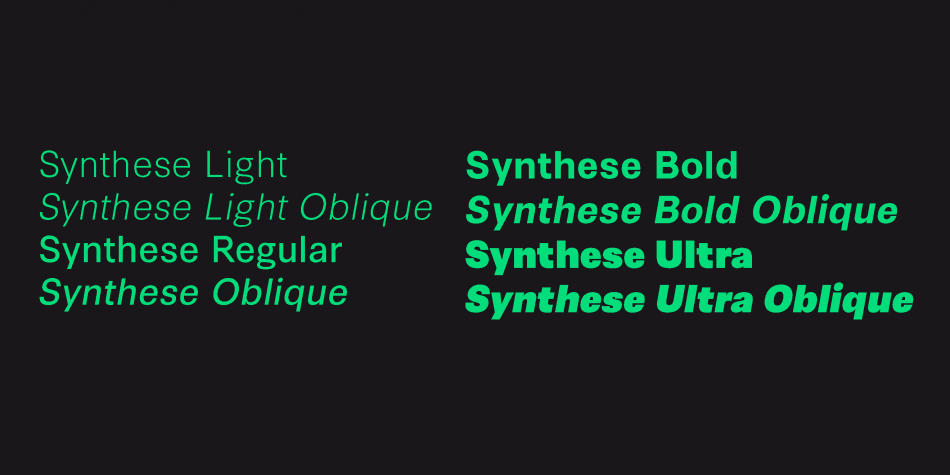 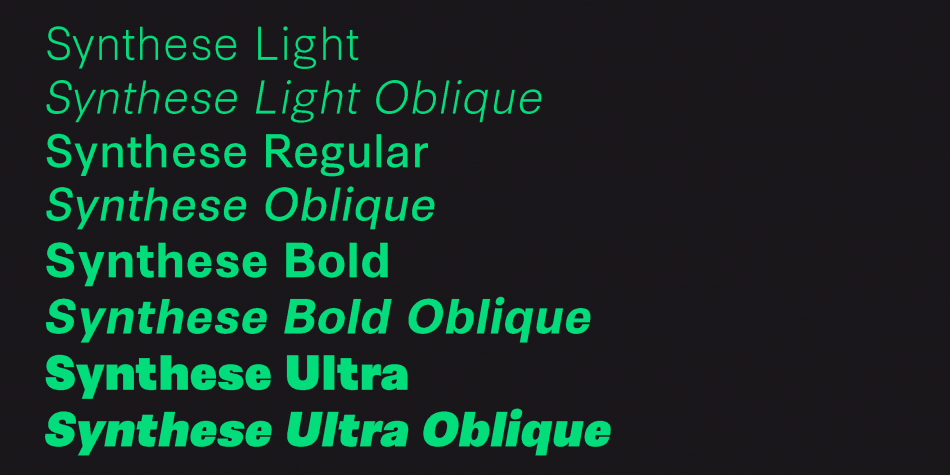 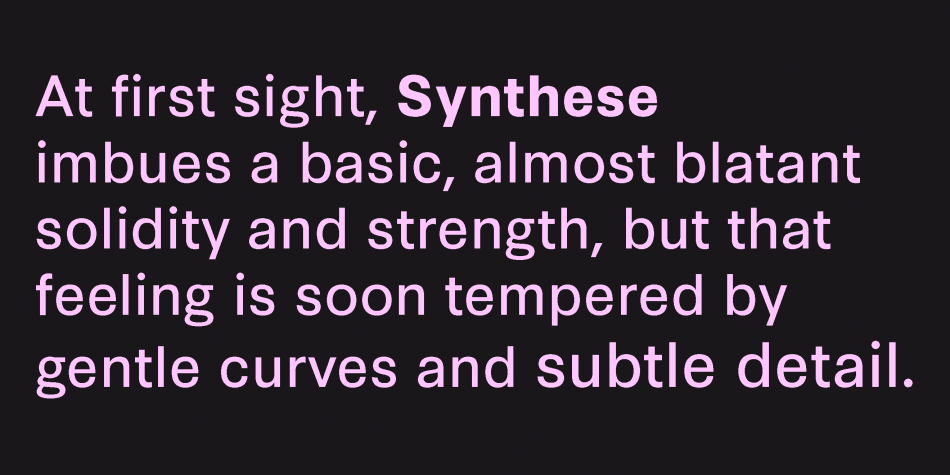 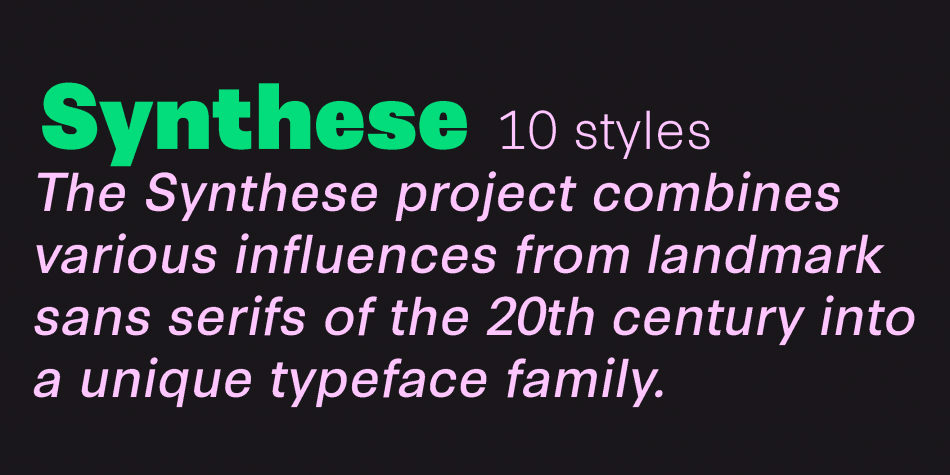 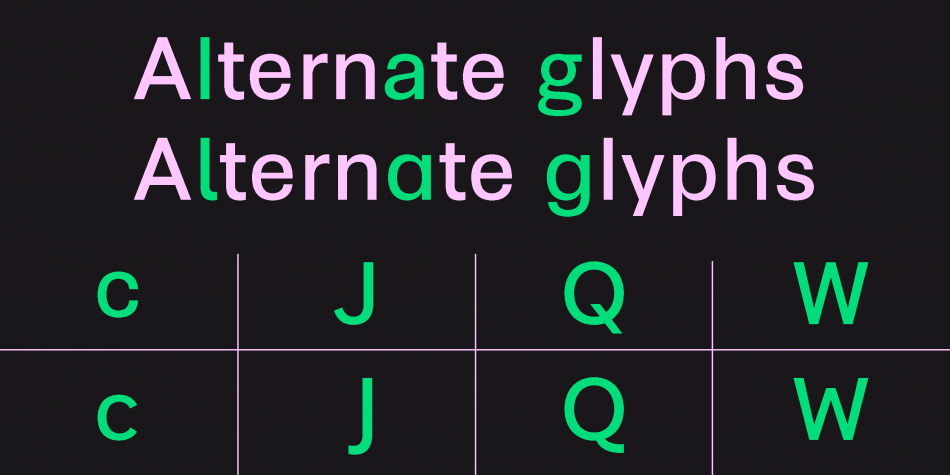 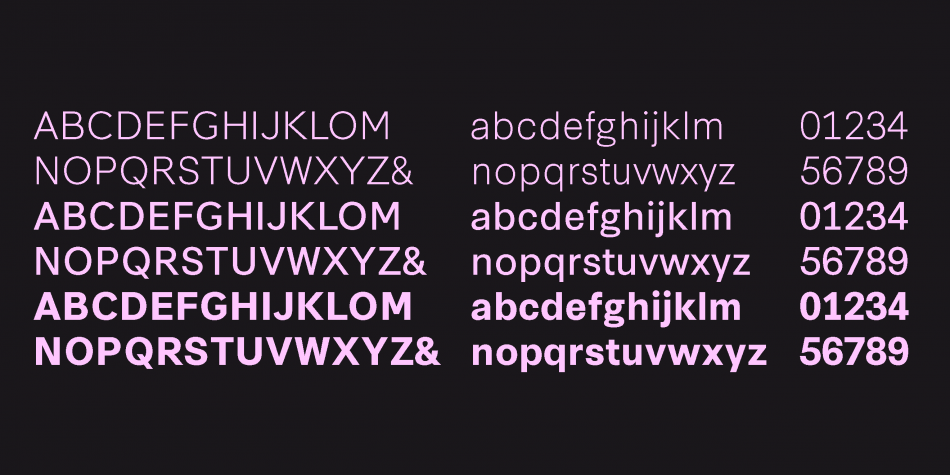 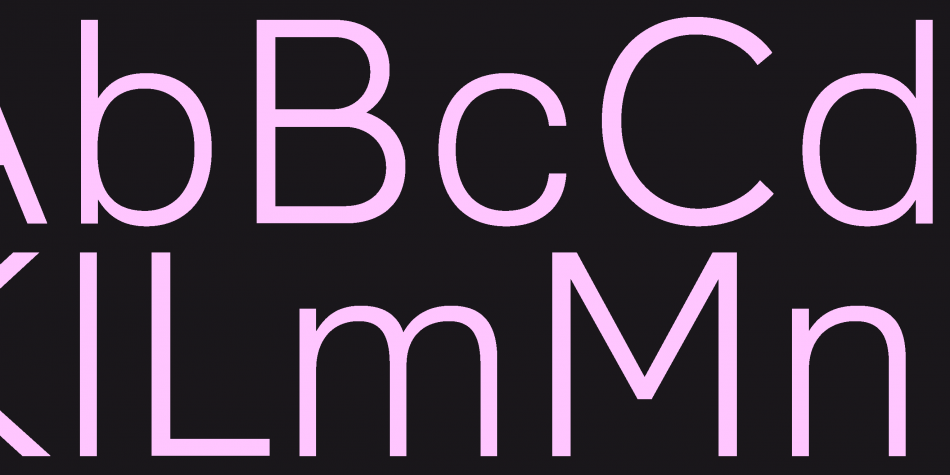 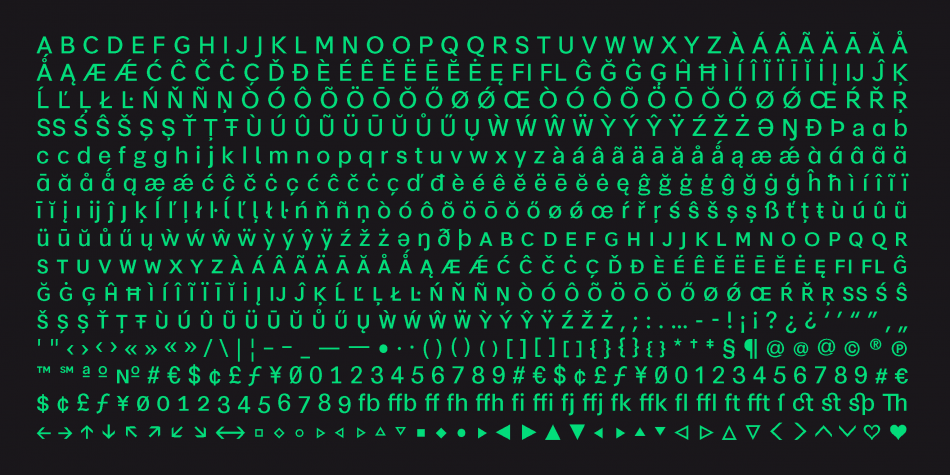 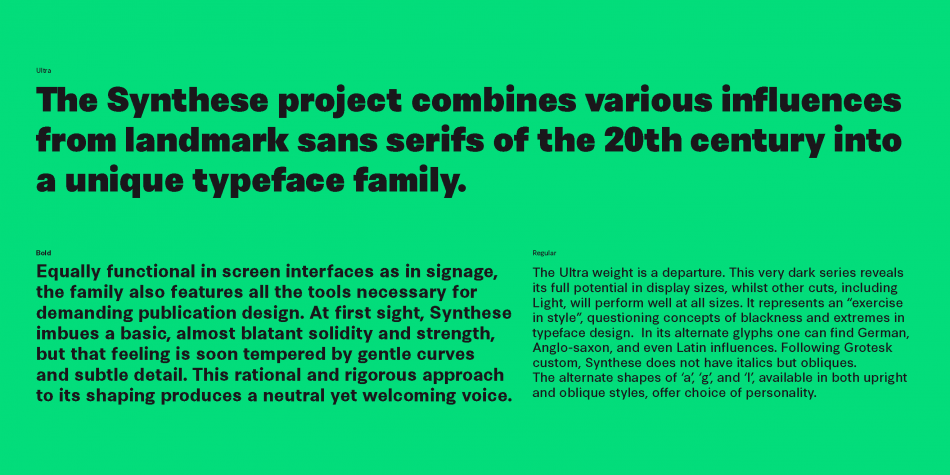 Designed by Gilles Poplin, Synthese is a sans serif font family. This typeface has eight styles and was published by BAT Foundry.

An eight font family. This contains every font in the Synthese Family. 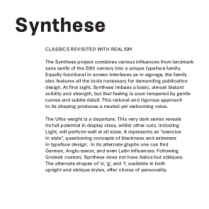 The Synthese project combines various influences from landmark sans serifs of the 20th century into a unique typeface family. Equally functional in screen interfaces as in signage, the family also features all the tools necessary for demanding publication design. At first sight, Synthese imbues a basic, almost blatant solidity and strength, but that feeling is soon tempered by gentle curves and subtle detail. This rational and rigorous approach to its shaping produces a neutral yet welcoming voice.

The Ultra weight is a departure. This very dark series reveals its full potential in display sizes, whilst other cuts, including Light, will perform well at all sizes. It represents an “exercise in style”, questioning concepts of blackness and extremes in typeface design.  In its alternate glyphs one can find German, Anglo-saxon, and even Latin influences. Following Grotesk custom, Synthese does not have italics but obliques. The alternate shapes of ‘a’, ‘g’, and ‘l’, available in both upright and oblique styles, offer choice of personality.