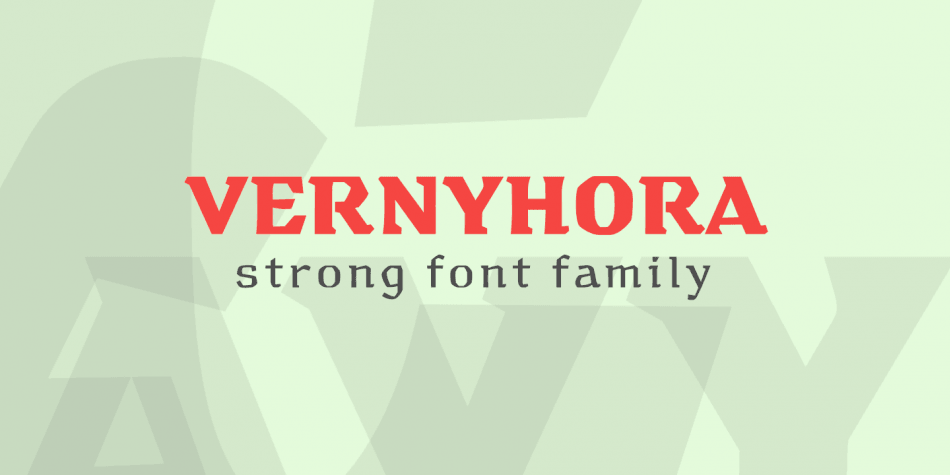 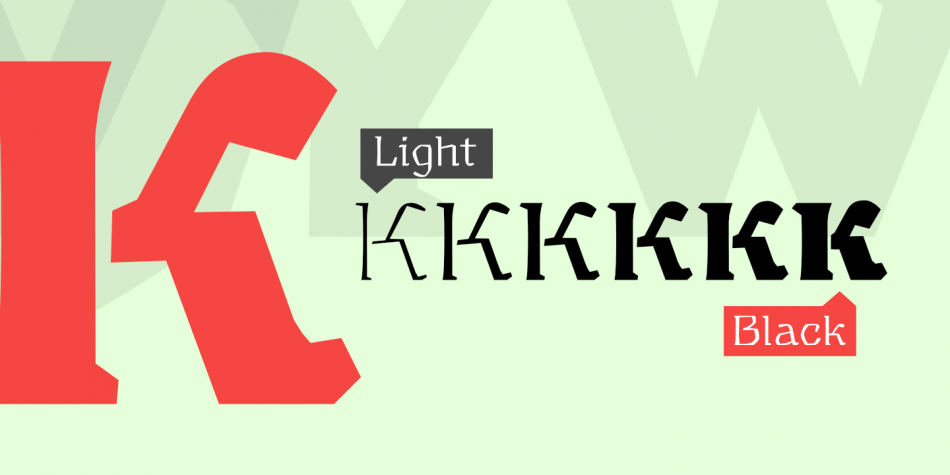 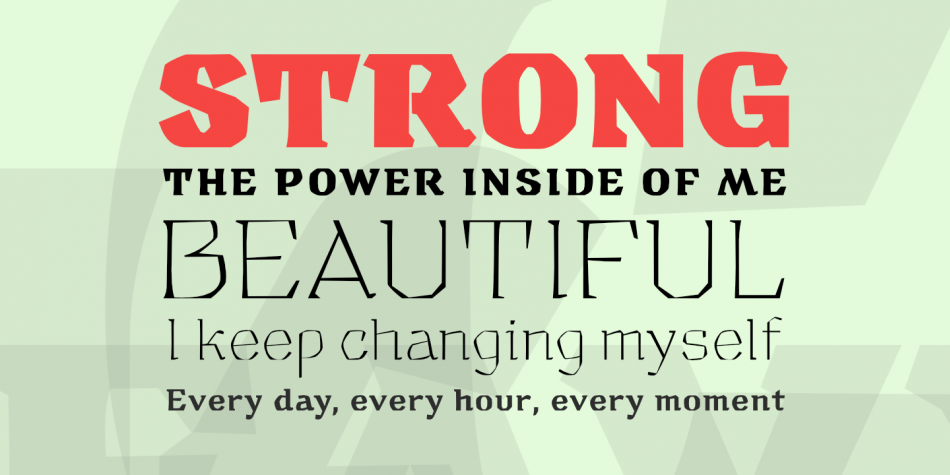 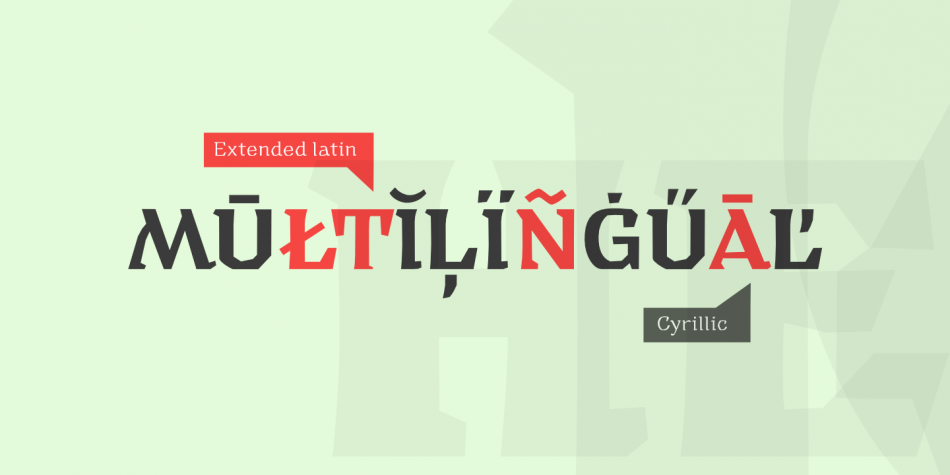 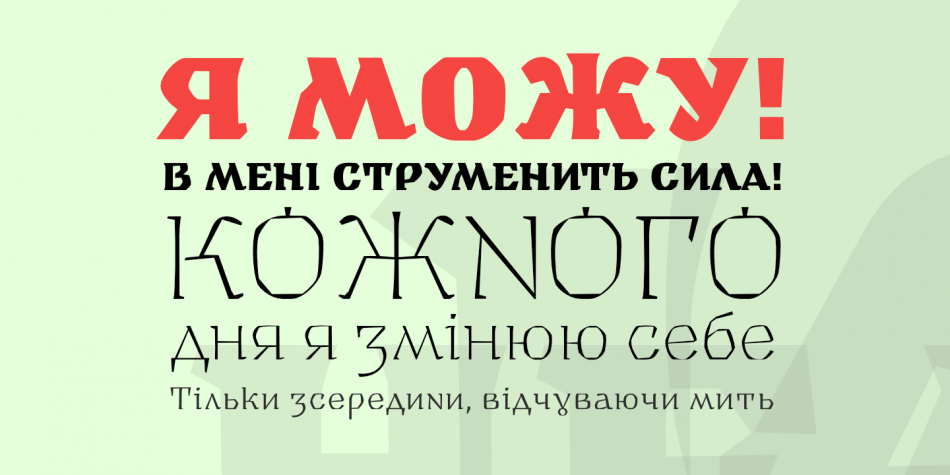 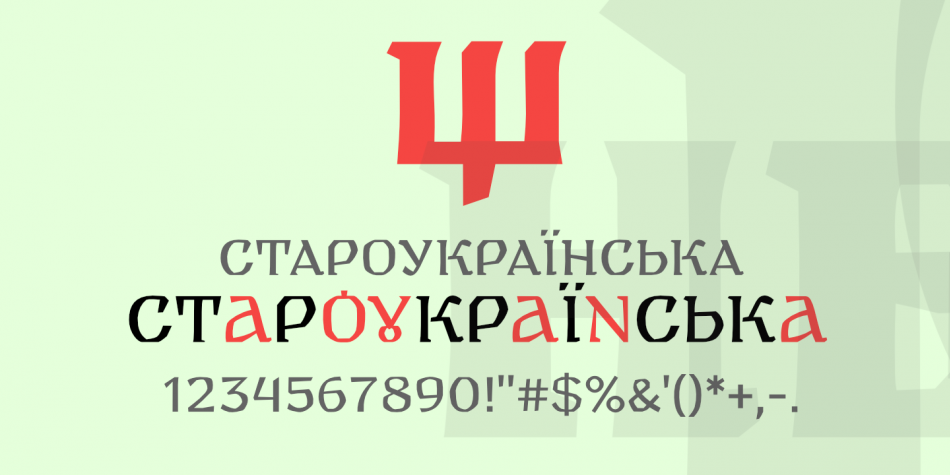 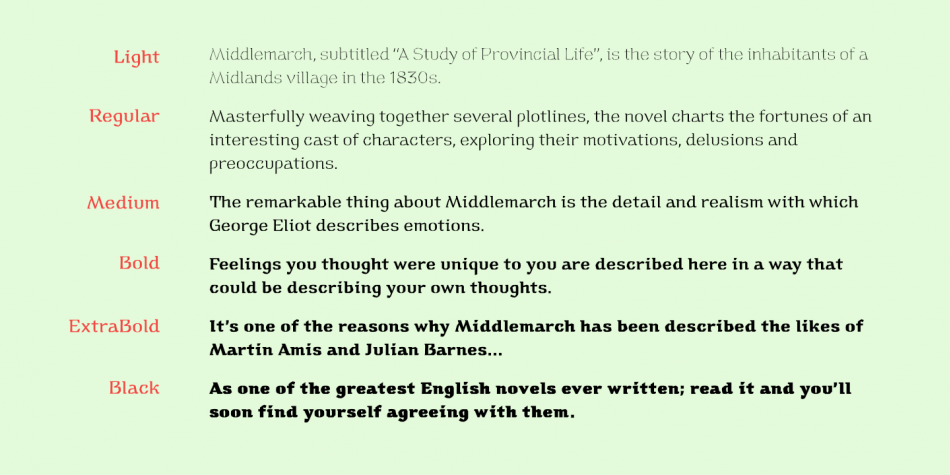 Vernyhora is a serif font family. This typeface has six styles and was published by Bohdan Hdal.

The vintage display font family Vernyhora. The typeface is intended to be used in those places where the letters when it is necessary to transmit the strong character, stability and historicity.

The font has got 6 weights. It contains extended Cyrillic and Latin alphabets. It also contains the alternative set of characters from the old Ukrainian alphabet.

It can be used for the state institutions names. In Ukraine it was planned to be a font of old cities and towns. From the very beginning the font was created in order to execute signboards at the entrance of towns. For the font creation the author was inspired by the graphic designers of the early 20th century, such as Georgiy Narbut and Fedir Krychevs’kyi.

From the Ukrainian language the font name is translated into English as mountains mover.