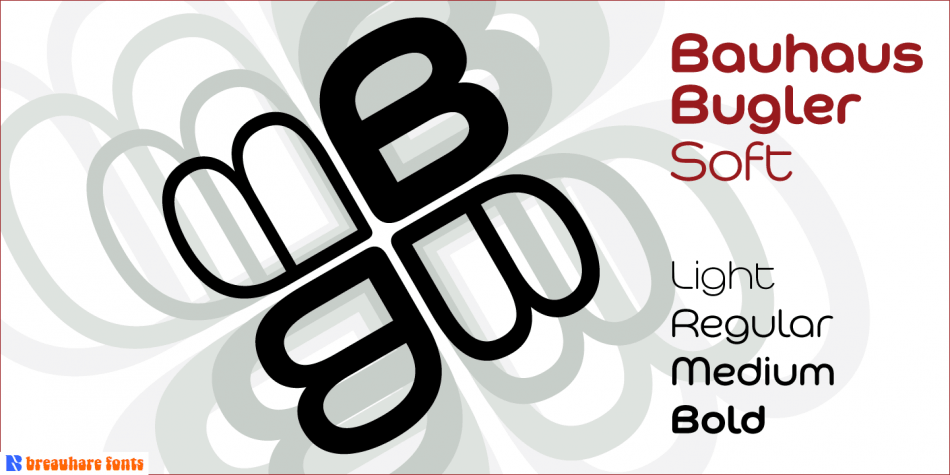 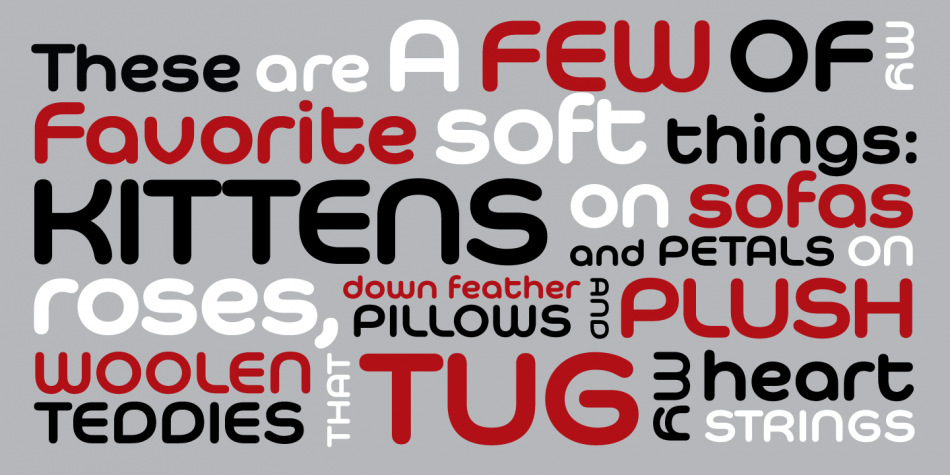 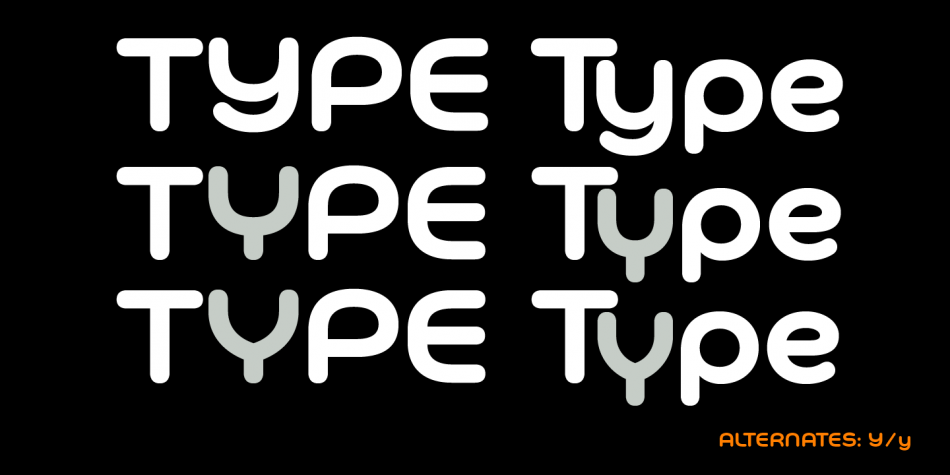 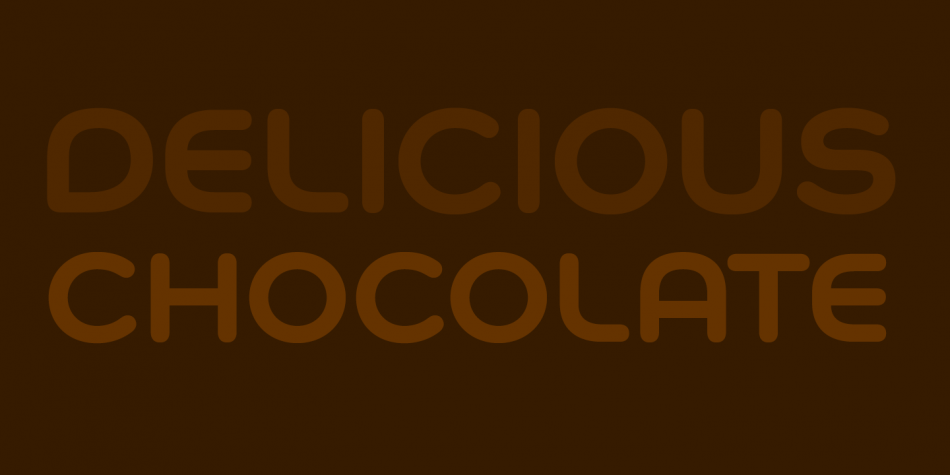 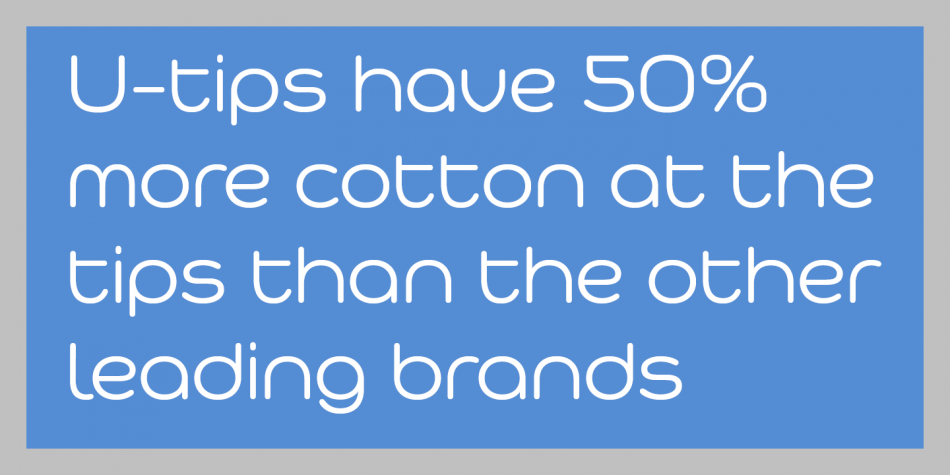 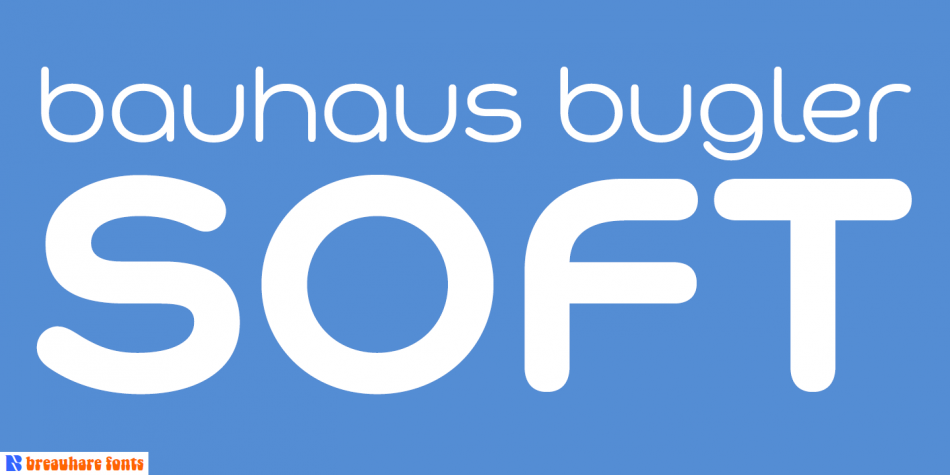 Designed by Harry Warren, Bauhaus Bugler Soft is a sans serif font family. This typeface has four styles and was published by Breauhare Fonts.

You can achieve all sorts of yummy, appealing images with the softness of Bauhaus Bugler Soft, whether it be food, cosmetics, fabric softener, or any number of other fluffy things!  Unlike its fellow Bugler fonts, Bauhaus Bugler Soft’s design never appeared in Harry Warren’s 6th grade class newsletter, The Broadwater Bugler, but its design came about during that same period in 1975.  Because of this, it has been officially designated an honorary Bugler font!

Its theme of broad curves that leap over and under conjure visions of fashion and high-end department stores with their dress boxes and shopping bags, plus hair products, cosmetics, couture, and other stylish personal merchandise of the highest caliber.  Bauhaus Bugler Soft also has an art deco flavor, especially when all capitals are used.

It comes with two alternate versions of the upper and lower Y to give users more freedom of choice. Put Bauhaus Bugler Soft in your “haus” today!