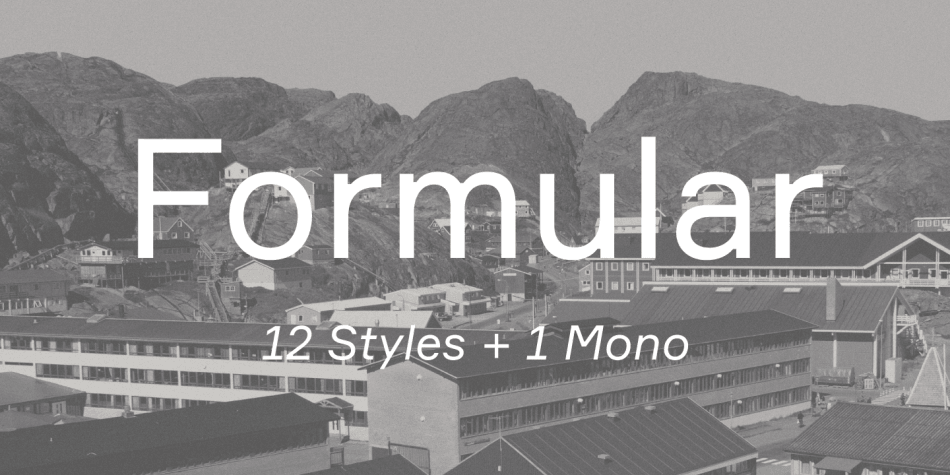 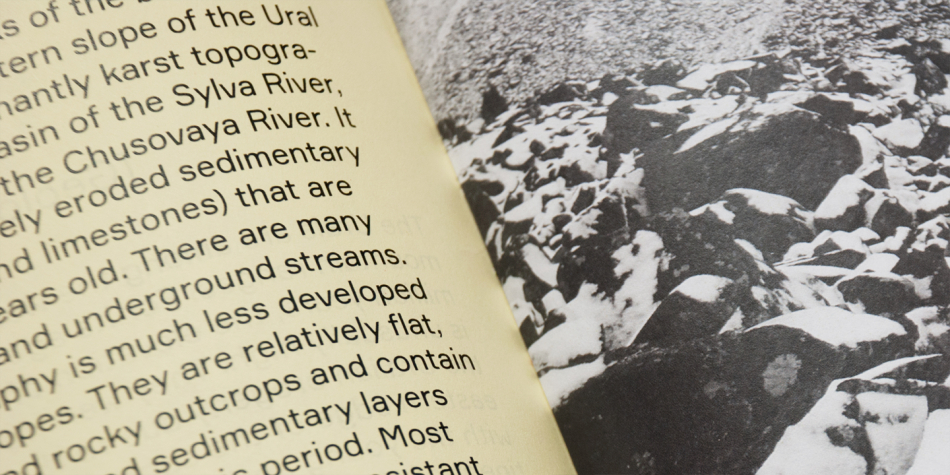 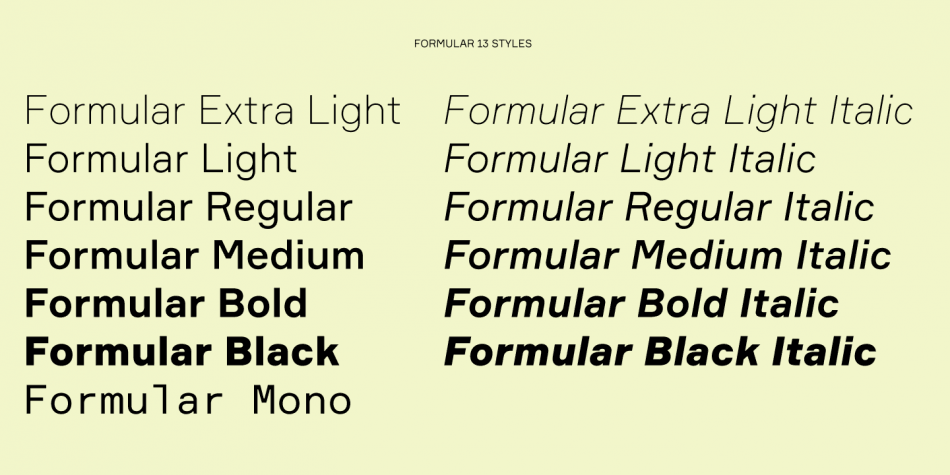 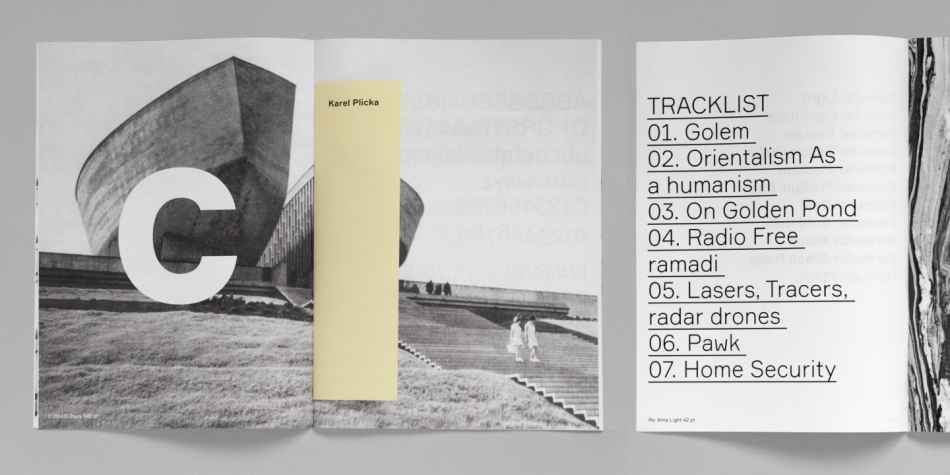 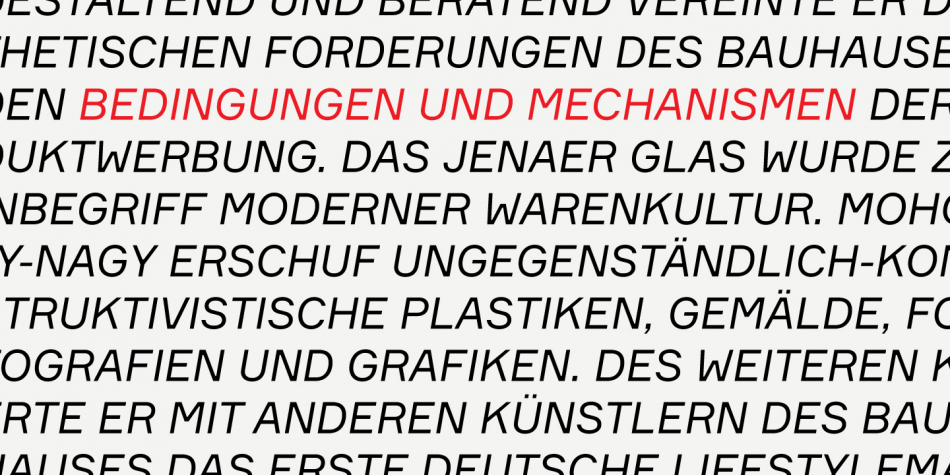 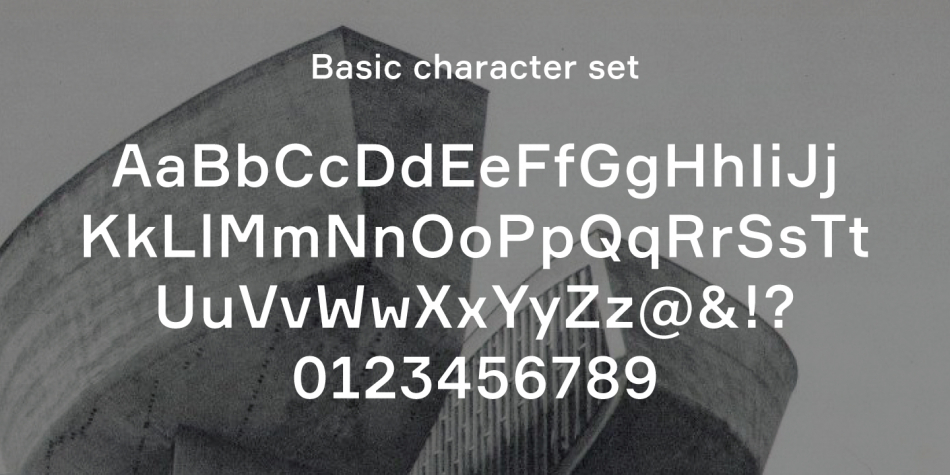 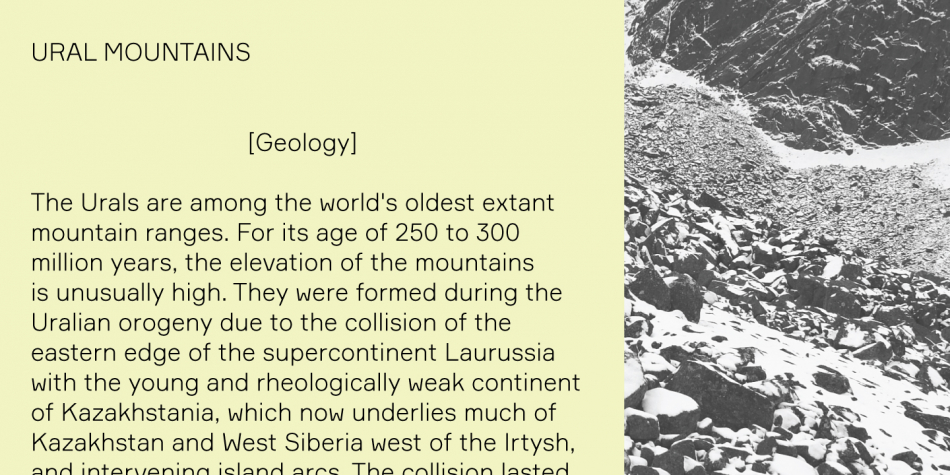 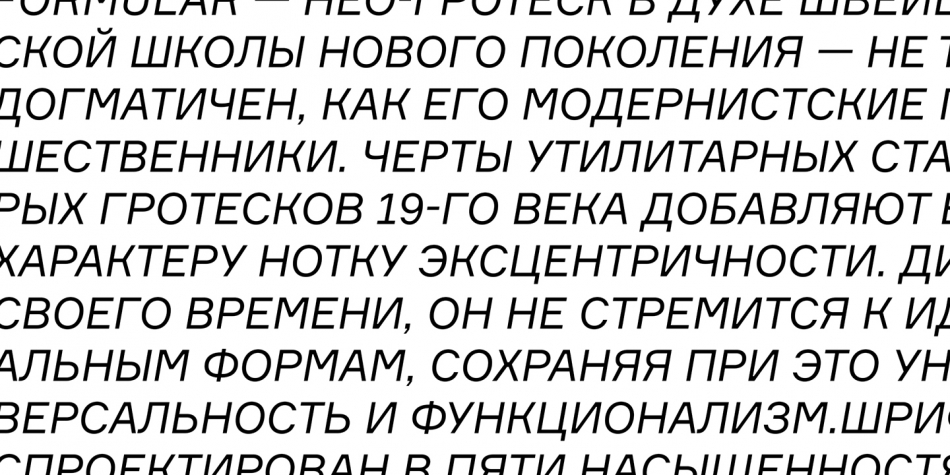 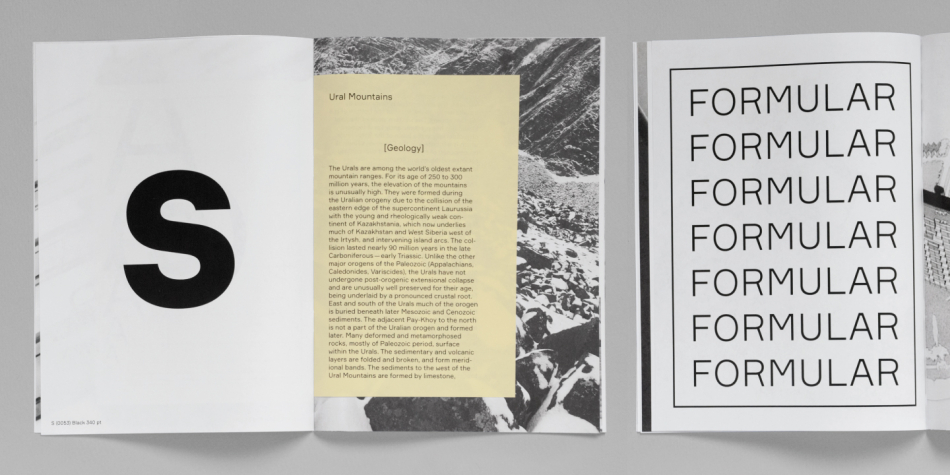 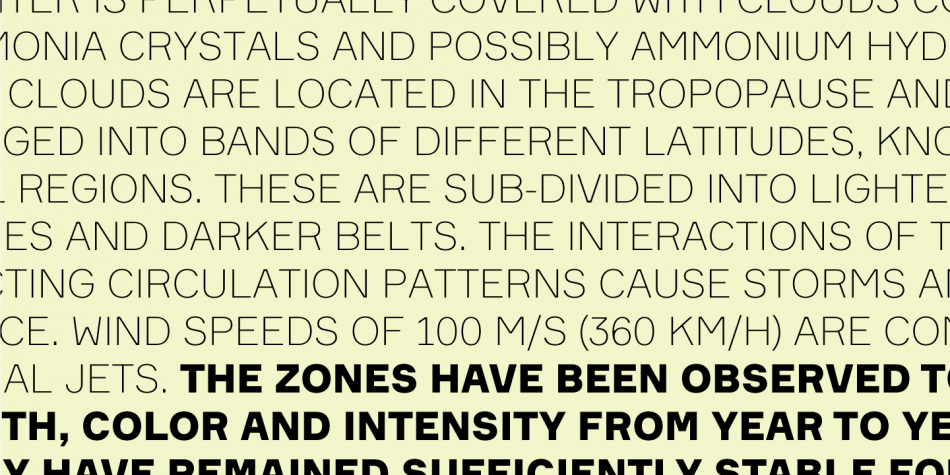 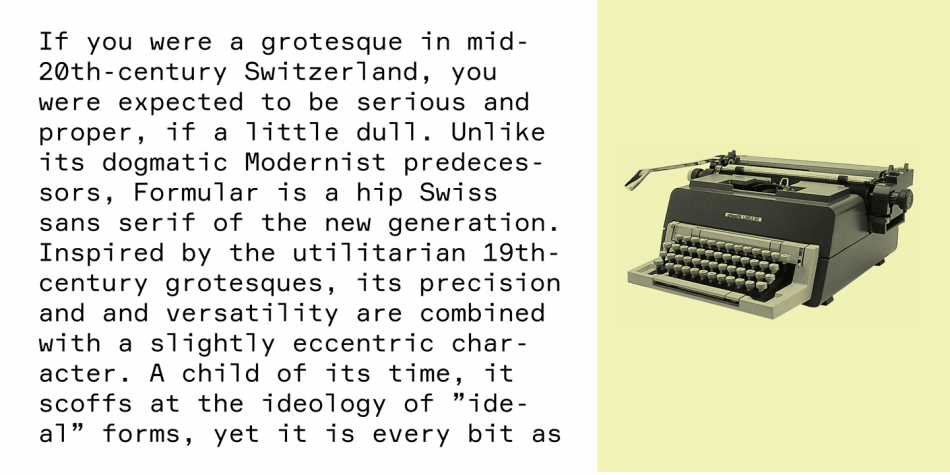 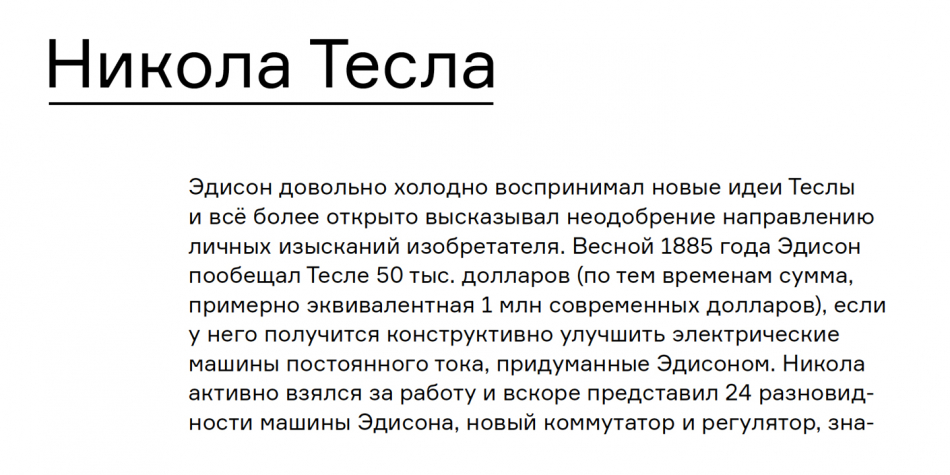 Designed by Gayaneh Bagdasaryan and Vyacheslav Kirilenko, Formular is a sans serif font family. This typeface has thirteen styles and was published by Brownfox.

If you were a grotesque in mid-20th-century Switzerland, you were expected to be serious and proper, if a little dull. Unlike its dogmatic Modernist predecessors, Formular is a hip Swiss sans serif of the new generation. Inspired by the utilitarian 19th-century grotesques, its precision and and versatility are combined with a slightly eccentric character. A child of its time, it scoffs at the ideology of ‟ideal” forms, yet it is every bit as functional for all its idiosyncrasies, as any self-respecting Swiss sans.