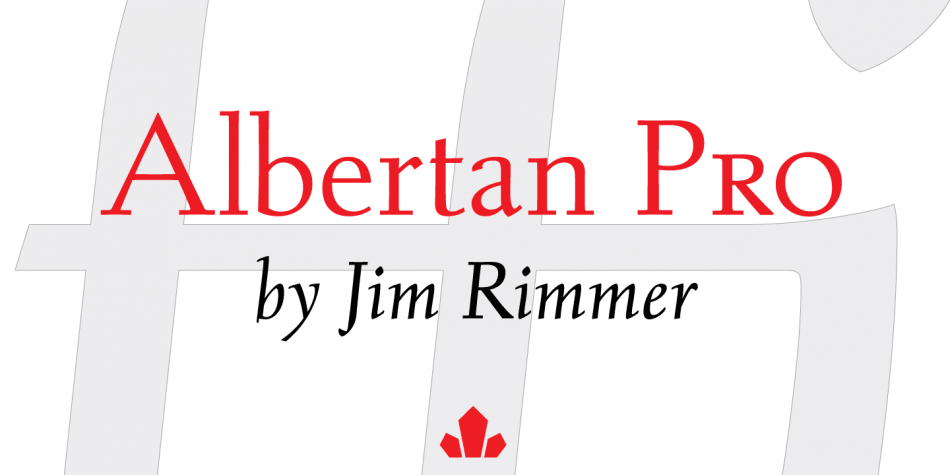 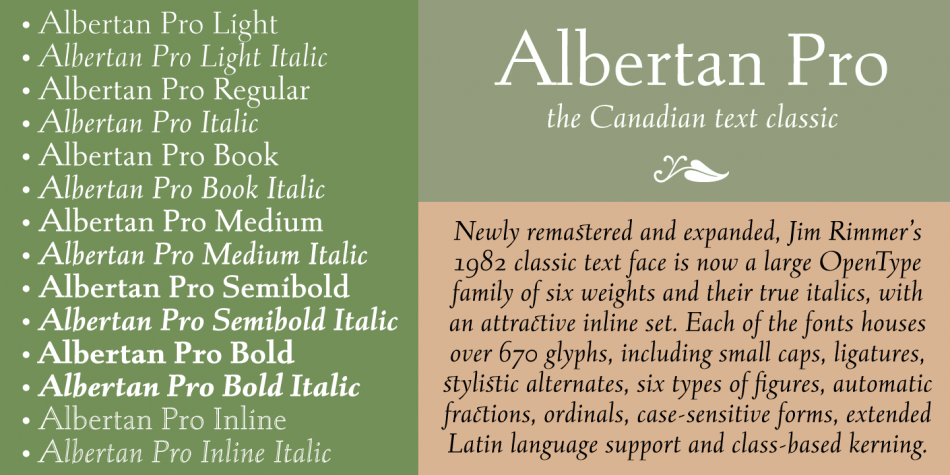 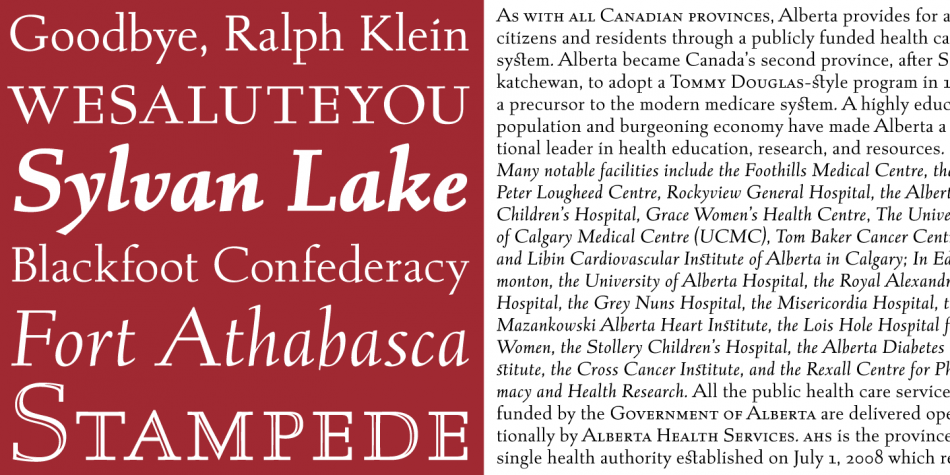 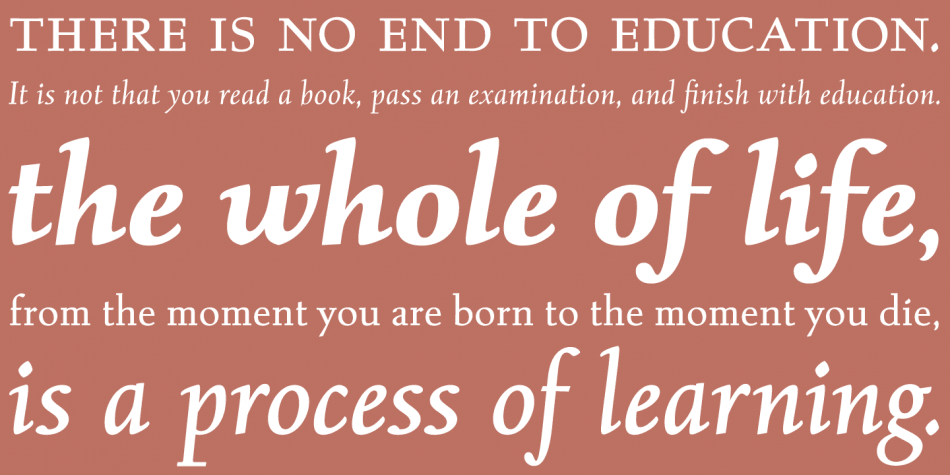 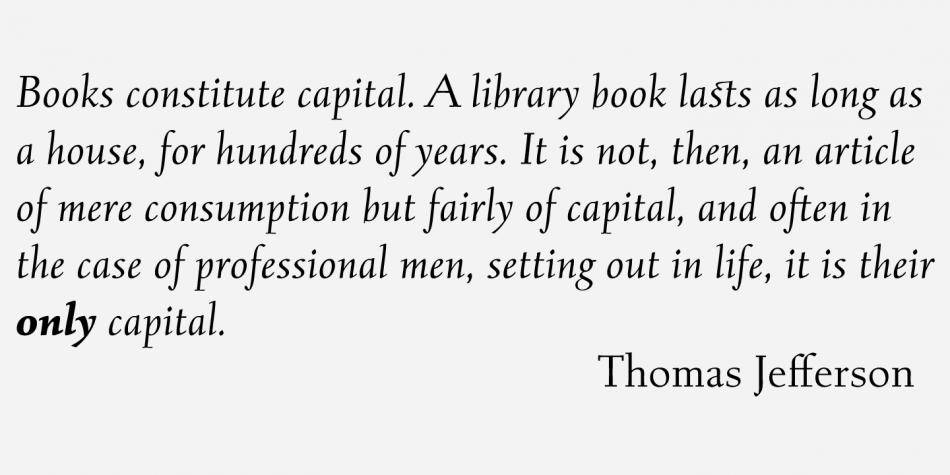 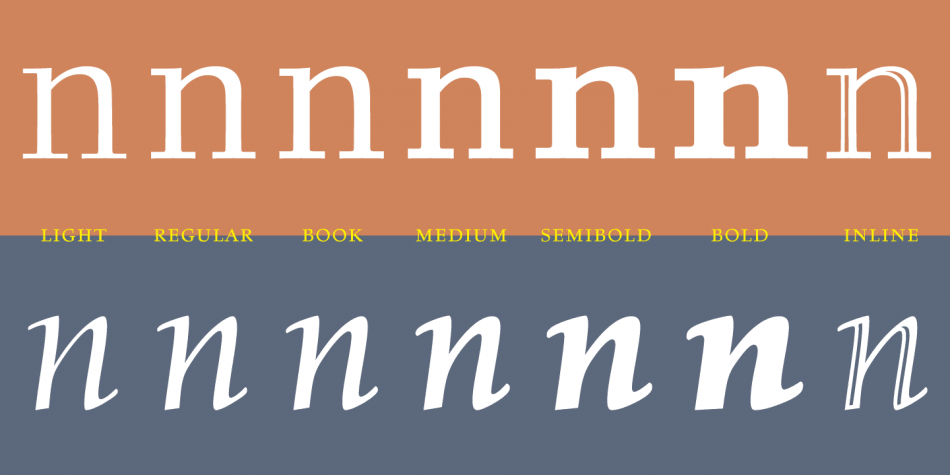 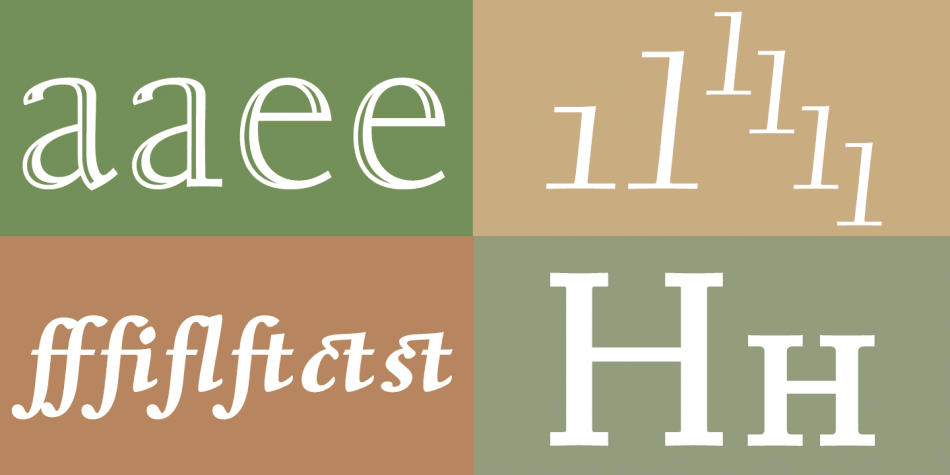 Albertan Pro is a serif and display serif font family. This typeface has fourteen styles and was published by Canada Type.

Albertan was the first Jim Rimmer typeface to make the transition from metal to digital. And for very good reason. When the first roman face was cut at 16 pt. in 1982, it was intended for use in hand-setting limited edition books at Jim’s own Pie Tree Press, but it immediately perked the ears of text typography connoisseurs in the printing industry. It was hard to resist Jim’s expertly balanced approach at transforming the traditional roman model by infusing many transitional traits into the forms without sacrificing the integrity of the calligraphic influence or the functionality of the overall setting. Not to mention only Jim Rimmer could have made those almost-slab serifs work in such a face. A first post-Baskerville-post-Joanna, if you will.

A very attractive italic with a surprising slight incline followed in 1985, and the rest was history. Albertan became a Canadian text classic. Though Jim kept producing additional material (small caps and light fonts in the 1990s, bold fonts in the mid 2000s) to expand Albertan into a cohesive family, he became too busy with his other typefaces and press work, and the shape of the family remained in questionable limbo until Jim’s death in 2010.

In the summer of 2012, after the repatriation of Jim’s typefaces, the Canada Type designers set out to turn Albertan into the kind of family Jim would have been proud of, so they spent over seven months meticulously correcting and remastering the Albertan fonts, then expanding the family with new weights and tremendous glyph sets. This new Albertan Pro family is 14 fonts, each containing over 670 glyphs. Six formidable weights and an inline set, along with their true italic counterparts, are suitable to accommodate an enormous variety of text and display applications. Advanced typography features throughout all fonts include small caps, comprehensive ligature sets, stylistic alternates, six kinds of figures, automatic fractions, ordinals, case-sensitive forms, extended Latin language support and all-encompassing class-based kerning.

20% of the Albertan Pro family’s revenues will be donated to the Canada Type Scholarship Fund, supporting higher typography education in Canada.