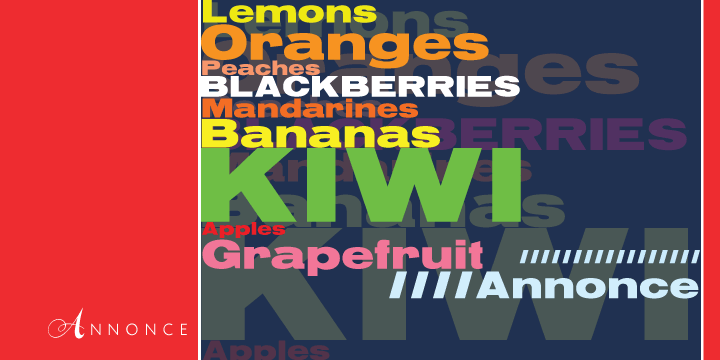 Annonce is a display sans font published by Canada Type.

Annonce is a digitization and expansion of a 1912 Johannes Wagner Foundry classic called Aurora Grotesk, which also circulated later on in metal under the name Annonce.

Bold, extended and clear as a bell, Annonce stood out as the definite big sign font long before Helvetica and Venus. With angled cuts on some of the letters, it also shows humanistic traits that make it more appealing than any other face in its genre.

Annonce comes in all popular font format, and includes a very large character set that accommodates almost all Latin-based languages, including among others Turkish, Baltic, Celtic, Maltese, Esperanto, and the languages of Central and Eastern Europe.