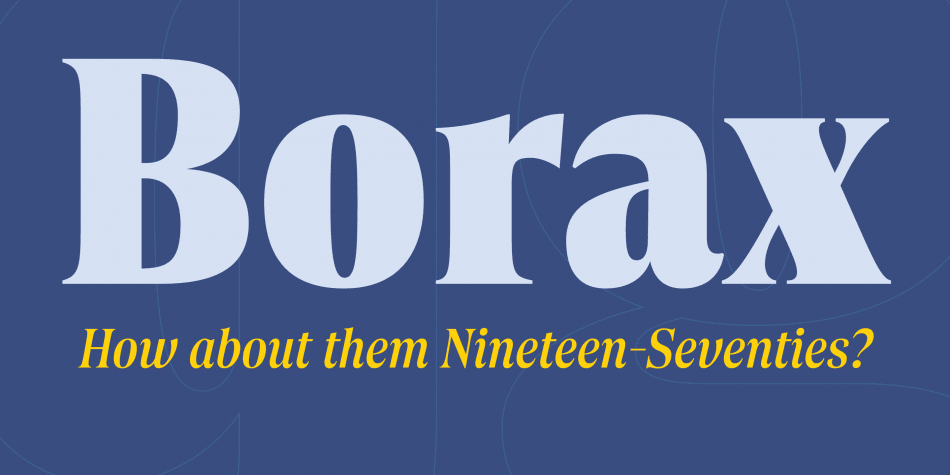 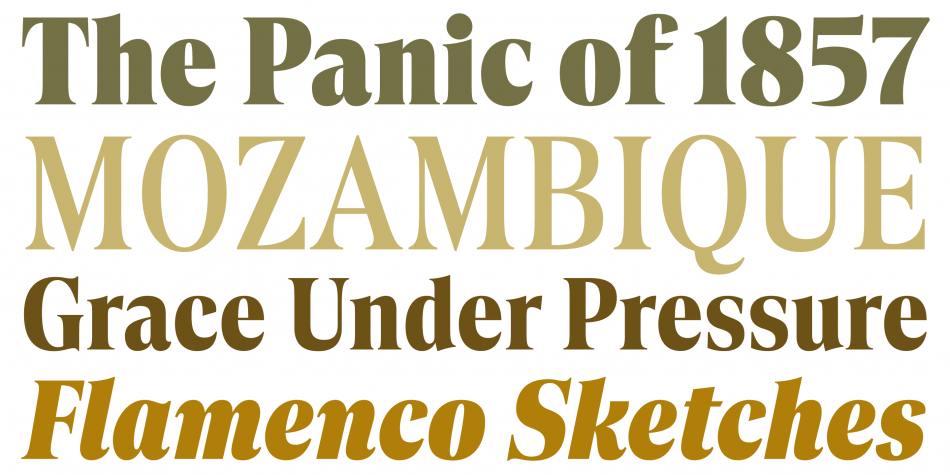 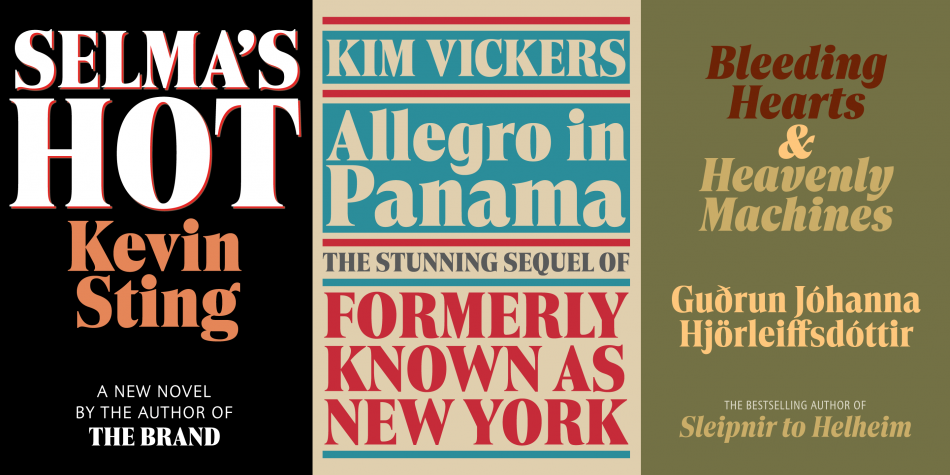 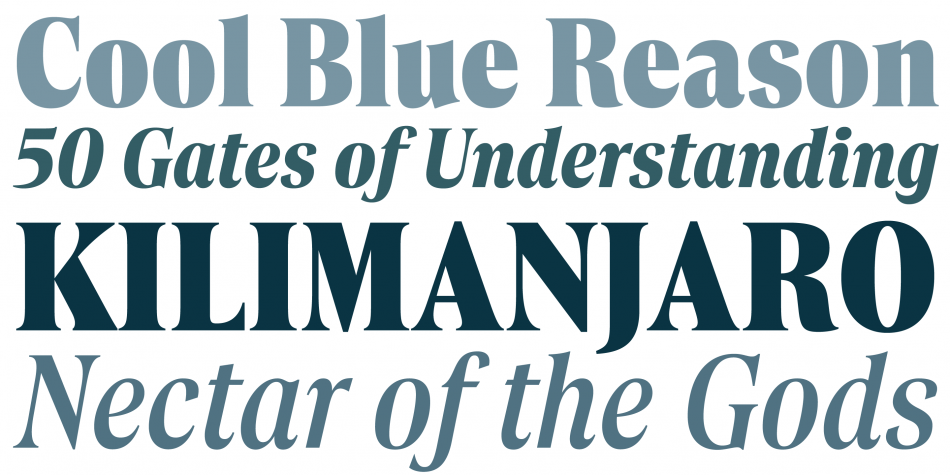 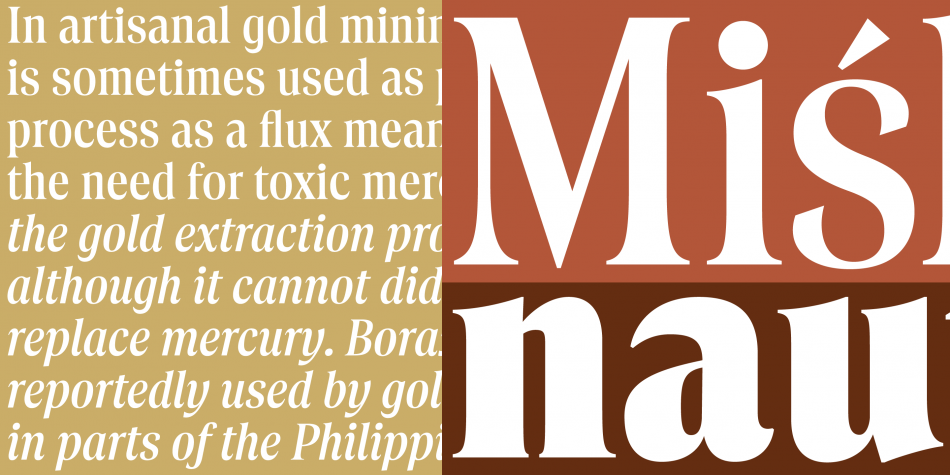 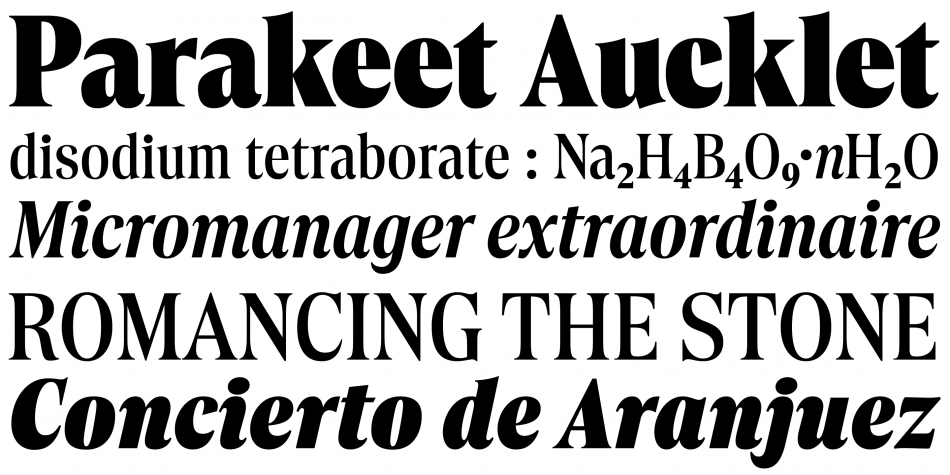 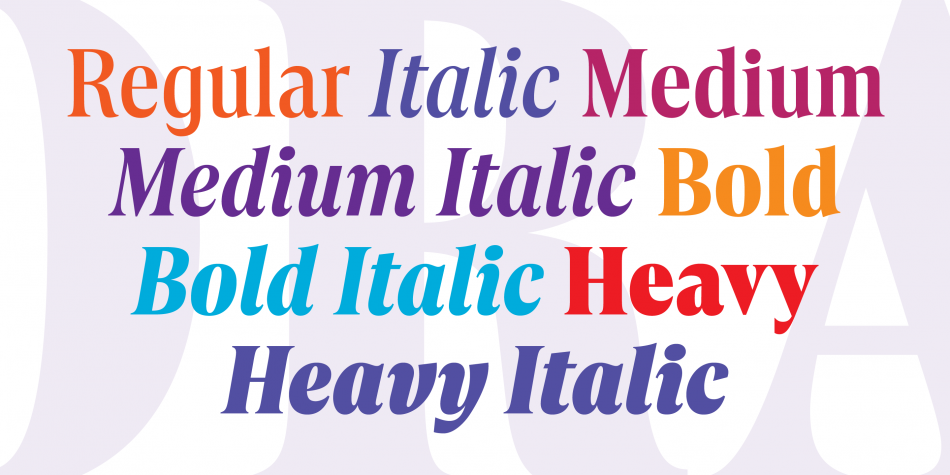 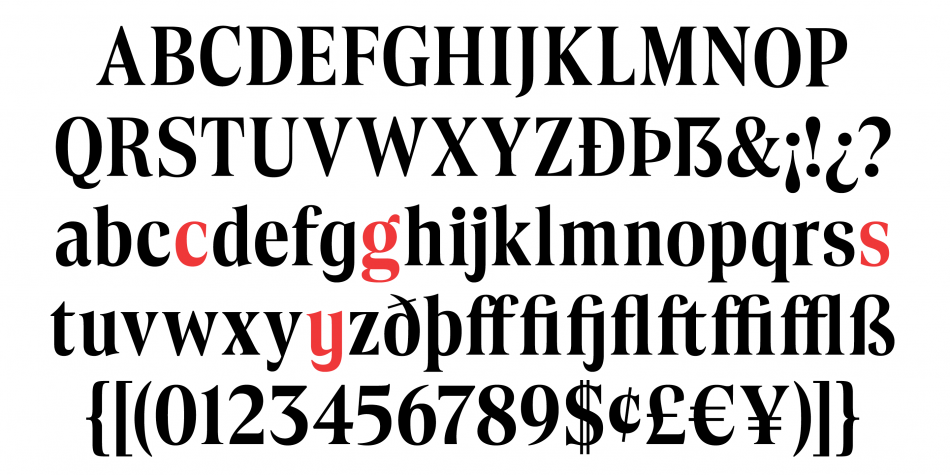 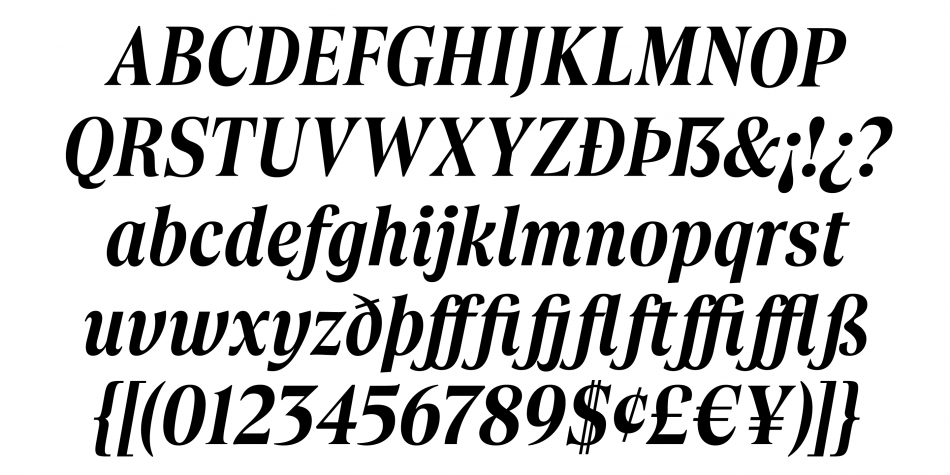 Designed by Patrick Griffin and Jamie Chang, Borax is a display serif and serif font family. This typeface has eight styles and was published by Canada Type.

This font family is an ode to the typography scene of New York City and Chicago in the late 1970s, when ad agencies, design studios and typesetters used their cameras, geometry sets, drafting boards and cunning lingo to model an ideal life of consumption, and printed it all into a sleek culture everyone thought would last forever.

By the time phototypesetting was peaking in the 1970s, interesting transformations in mainstream display typography were taking place. With typesetting tools having become more than capable of reconstructing and remixing the entire eras of type history in a short time, the classic workhorses were undergoing fresh scrutiny from more appreciative angles. New faces with too much personality were still being made, but high-level advertising typography was introducing classic elements back into the mix. Professional typesetters at the time were fascinated by the colour and apertures of the transitional genre, the contrast of the Didone, the delicate balance of flare-serifs, and how a magazine ad with a large enough x-height can be read from across the room. So the popular type houses began gradually scaling back on personality and producing designs with focus on classic legibility and contrast. Outfits like ITC and VGC in particular competed within that space, and from there set advertising typography on its way to quickly shed its dated ornamental skins.

That formative period of a new typographic framework and perspective — particularly the early part when designers were trying to find a perfect balance between form and function within their field — was a fascinating time for type. Demonstrative designs from that era include Tom Carnese’s Toms Roman and the numbered Caslon series, Dave Trooper’s eponymous design, Tony Stan’s not-really-Garamond, and Ed Benguiat’s takes on classic American metal faces from a few decades earlier.

Borax was made to relive that technology-turnover, melting-pot tension between restraint and personality in an alphabet, and all the interesting quirkiness that can result from such an exercise. It began as a passion project by Patrick Griffin some time in 2011, and the work on it went on and off in bursts until it was finally completed a decade later. The Borax family comes in four weights with accompanying italics, includes many fine typography features such as stylistic alternates, automatic fractions, a complete set of f-ligatures, and support for the majority of Latin languages.