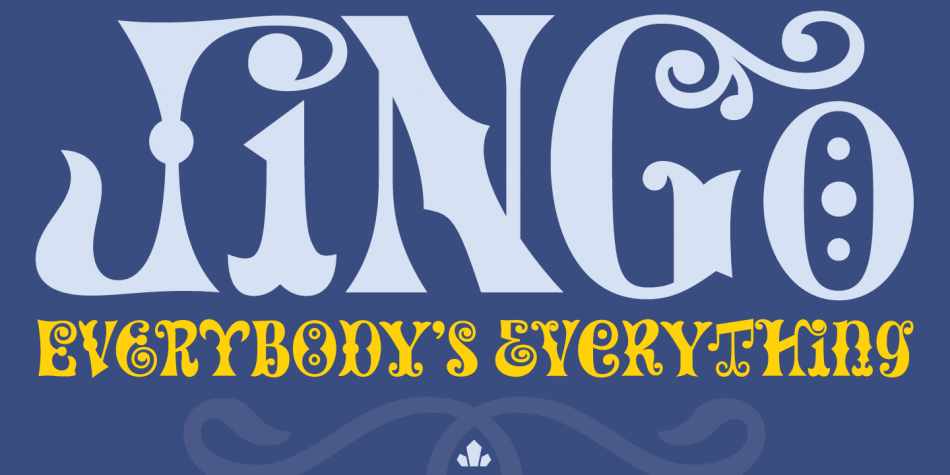 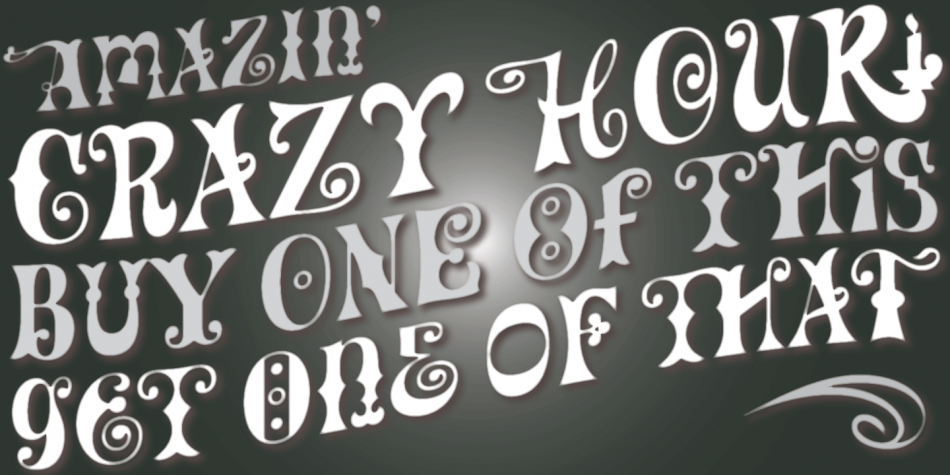 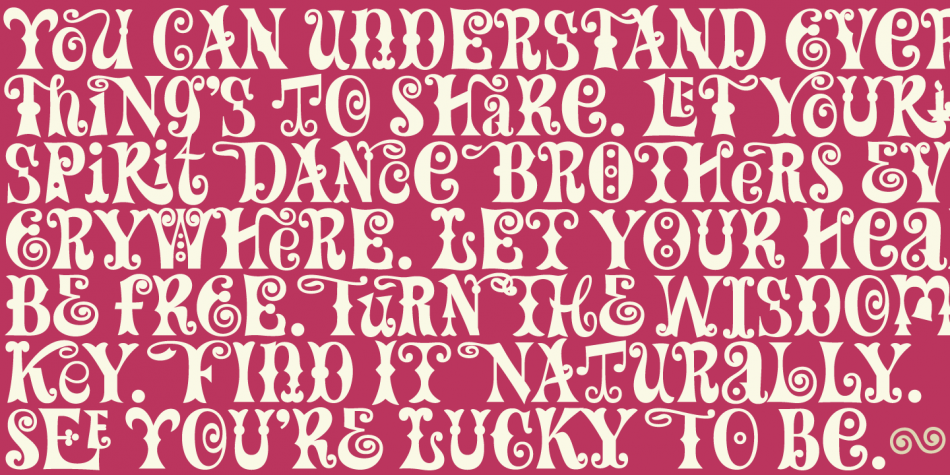 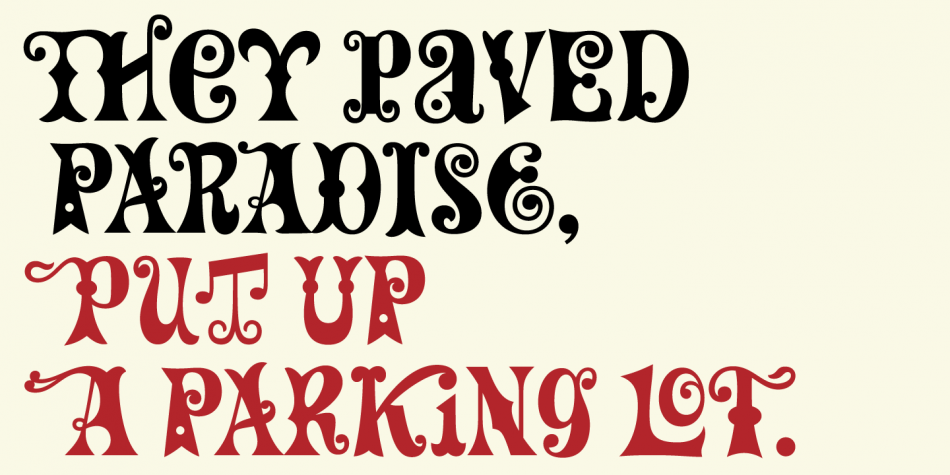 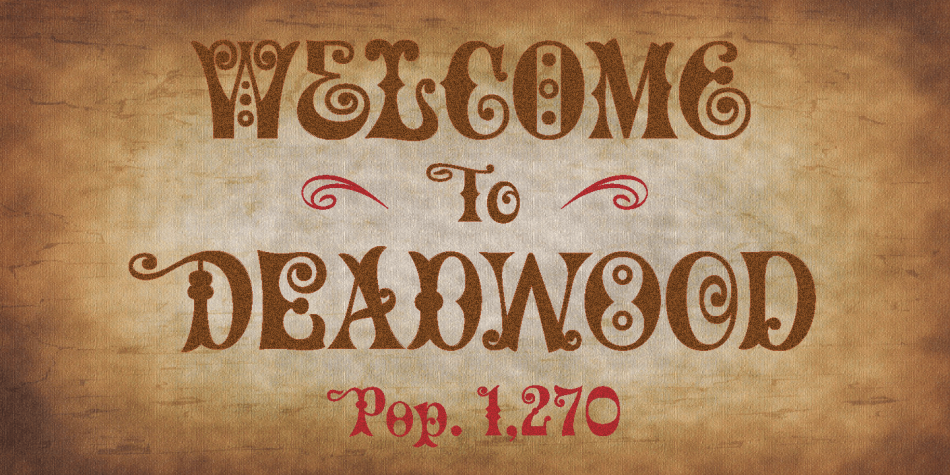 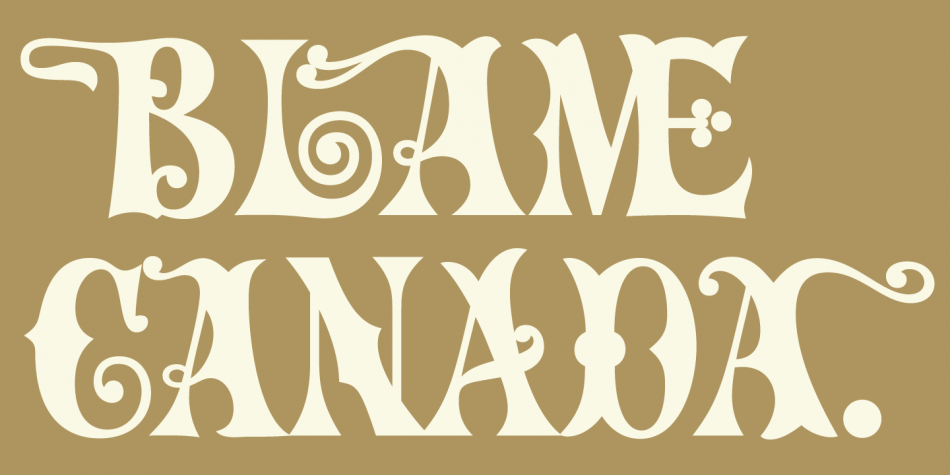 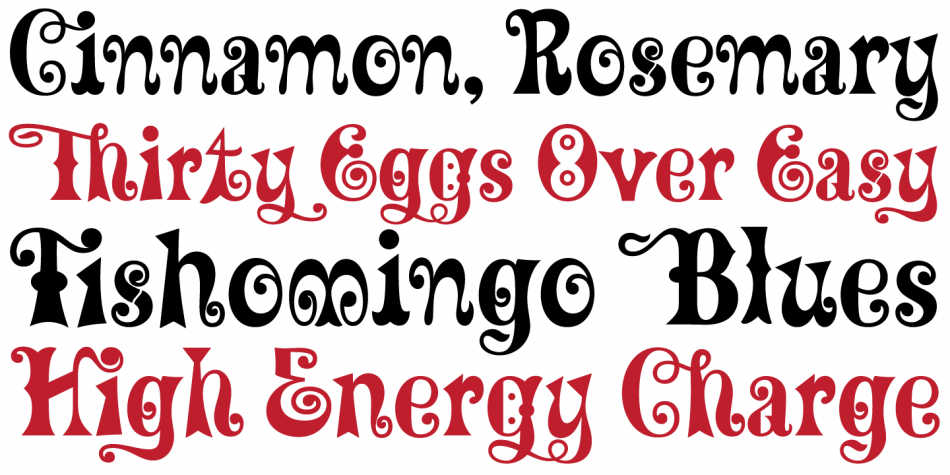 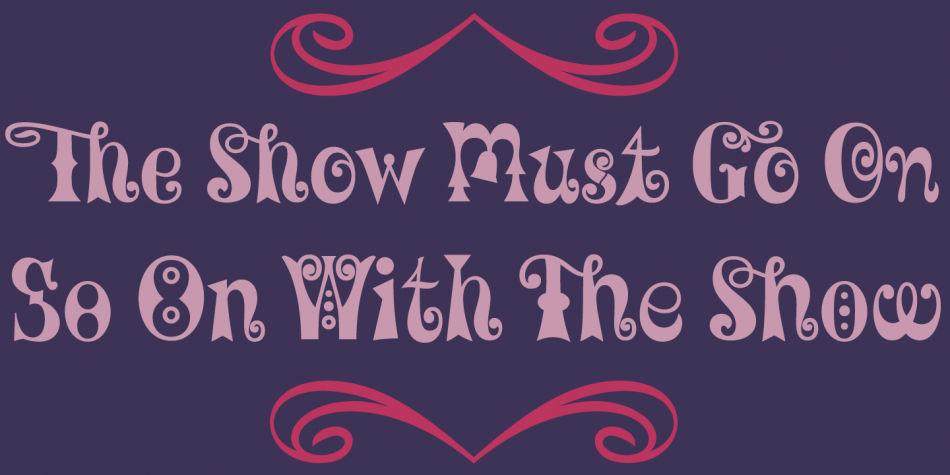 Designed by Patrick Griffin, Jingo is a retro font published by Canada Type.

This is the digital makeover and major expansion of a one-of-a-kind melting pot experiment done by VGC and released under the name Mardi Gras in the early 1960s. It is an unexpected jambalaya of Art Nouveau, Tuscan, wedge serifs, curlycues, ball endings, wood type spurs and swashes, geometry and ornamental elements that on the surface seem to be completely unrelated. But the totality works in a surprisingly loud and playful way that really defies categorization.

Jingo is really five fonts in one: Over 1000 glyphs, four character sets, ornaments, swashes and ligatures. The forms are interchangeable in uppercase, lowercase and unicase settings. There is nothing low-key about this typeface. It is well suited for use on posters and book covers that require happy weirdness. But most of all it’s great for those who like to fiddle with their type setting until amazingly conicidental pleasantnesses ensue. If you’re that kind of designer and you know what you’re doing, get Jingo, start up that glyph palette, and play away.