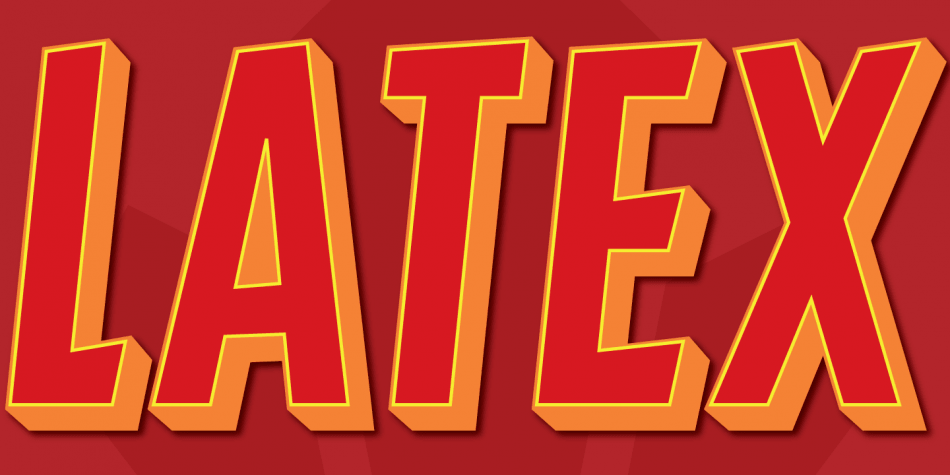 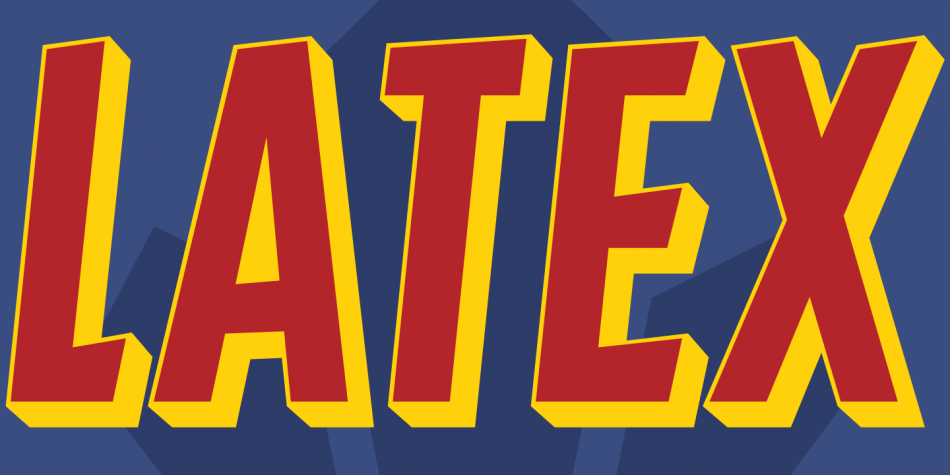 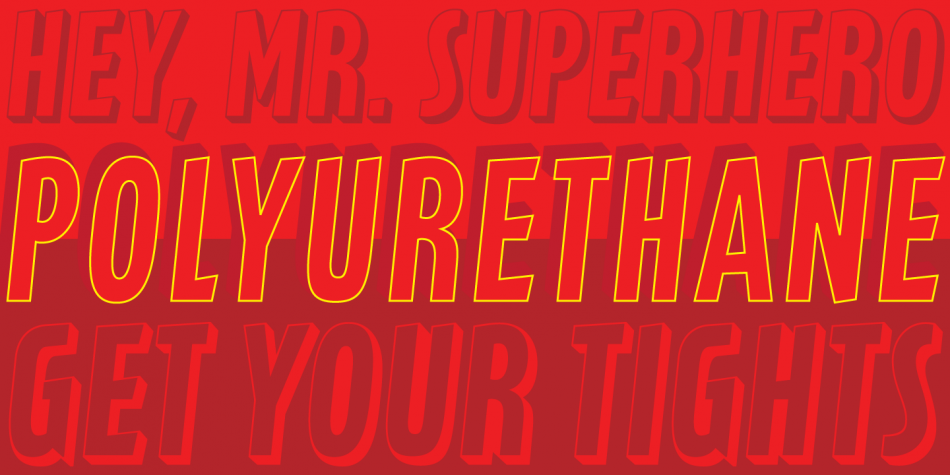 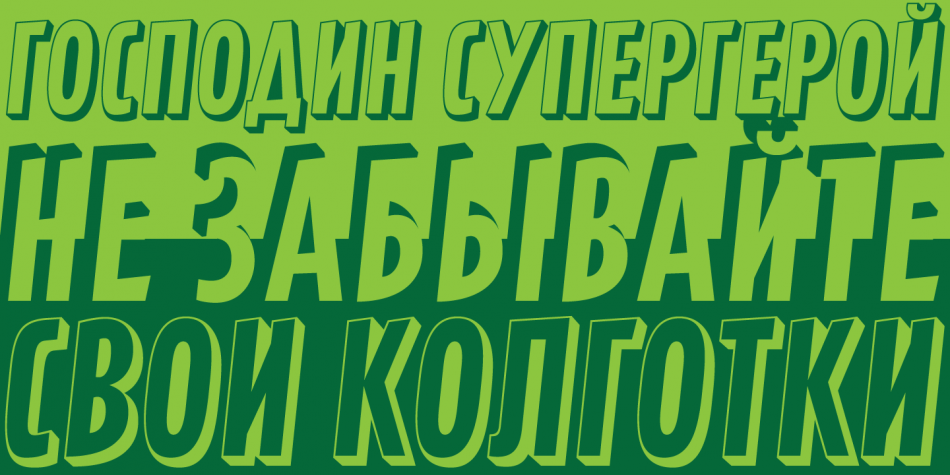 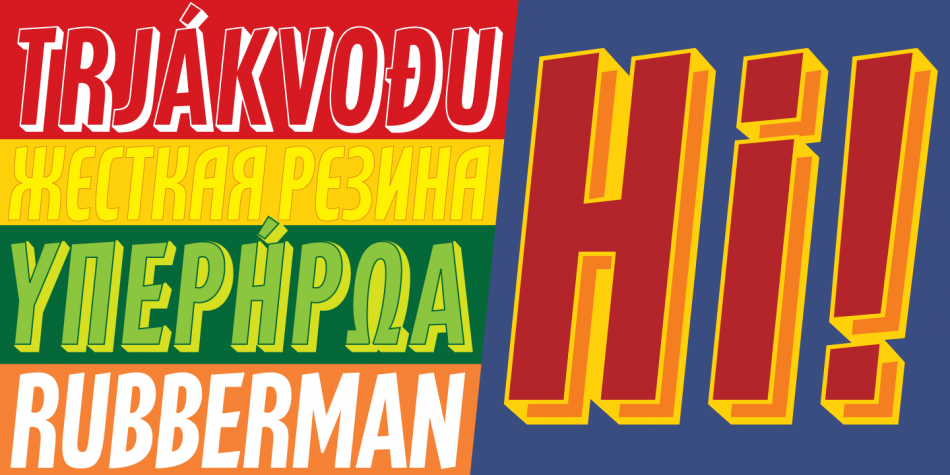 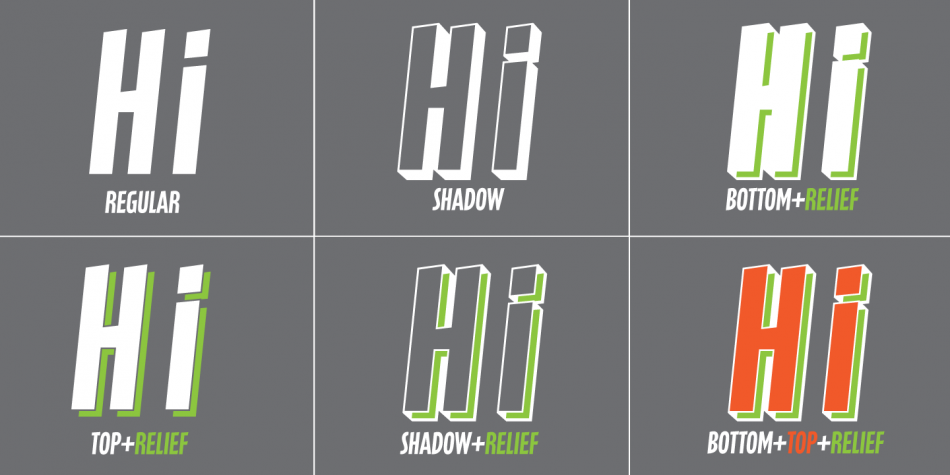 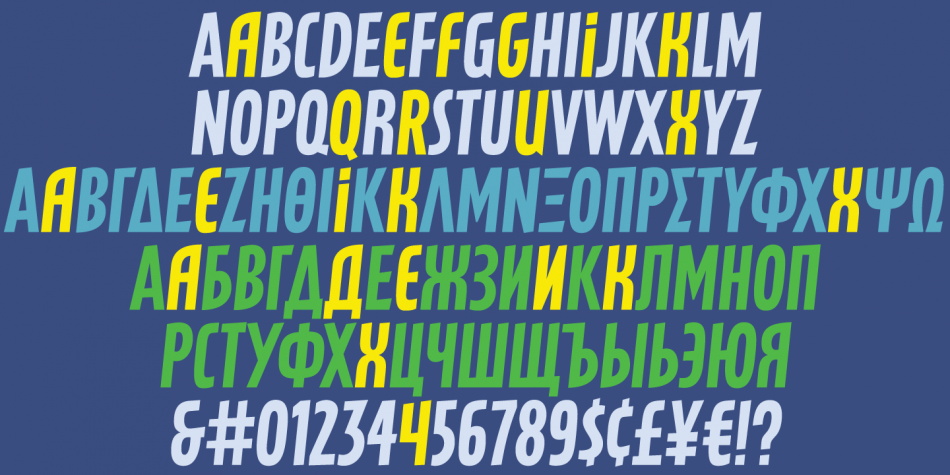 Latex is a comic and display sans font family. This typeface has five styles and was published by Canada Type.

Latex was initially a single multi-script all-cap font commissioned in 2012 by a company we can’t name, to market a billion-dollar superhero movie we also can’t name. A year later the commission grew to include a shaded variant and a set of DIY-like fonts, with different layering possibilities for dimensional manipulation.

Each of the five Latex fonts come with a character set of over 600 glyphs, supporting the vast majority of Latin languages, as well as Cyrillic and Greek alphabets. Lots of stylistic alternates are also included, including some for Cyrillic and Greek.

Superheroes are cool, though their costumes need more pockets, for credibility’s sake. Maybe some superheroines should find something more practical than stilettos. Or maybe not. But definitely more pockets.