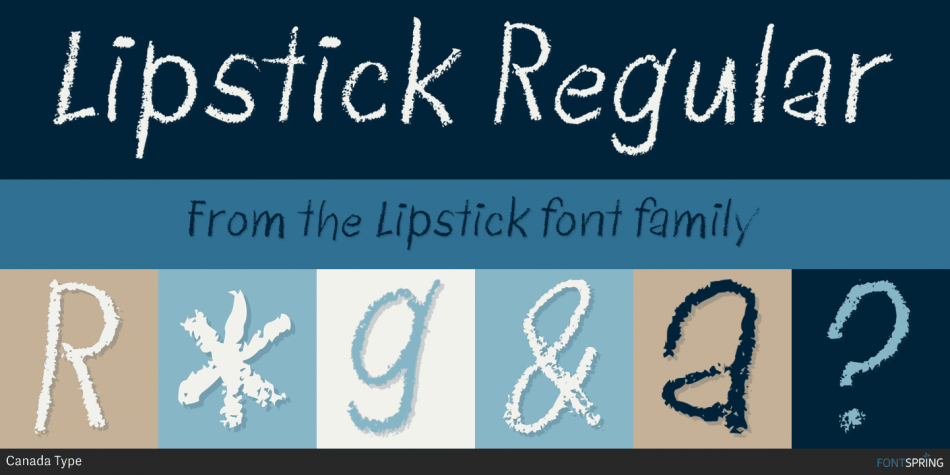 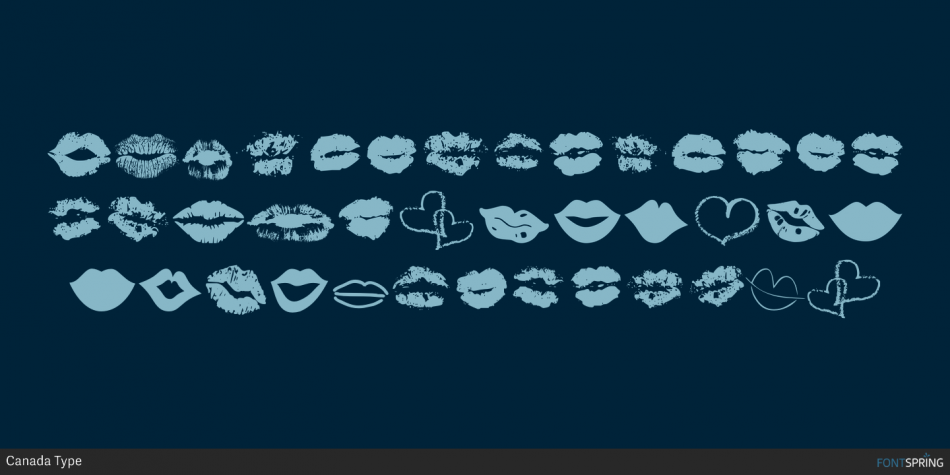 Lipstick is a dingbat and hand drawn font family. This typeface has two styles and was published by Canada Type.

The idea for Lipstick came from a snippy little note Patrick Griffin’s better half left for him one night. The note was tacked to the bedroom door. “COUCH TONIGHT!” it exclaimed in red lipstick on a paper towel. All because the hockey game was on at the same time as American Idol. Sheesh. But since all is fair in love and hockey, and since Patrick was used to such cruel treatment, he shrugged his shoulders and let his mind wander about the concept of using lipstick as a writing tool, and pondering the possibilities of a lipstick font.

Almost immediately upon researching the concept, it became quite evident that the texture of lipstick writing has a lot in common with chalk writing. Lipstick is slightly smudgier, but chalk and lipstick produce essentially the same effect when used as a writing tool. So the search for inspiration had to go beyond MAC Cosmetics and into the realms of chalk fonts. While perusing a few chalk alphabets, we ran across a 1970s film type called Sidewalk, which we thought would be the perfect model for lipstick. After digitizing it and changing it to our liking, we realized that it was a bit too upright for realistic rough writing, so we made it much more believable with a little slant.

Along with the main Lipstick font, we included an Extras font that contains a bunch of lipstick kisses, hearts and assorted paraphernalia. So smooch away and moooooooah right atcha.