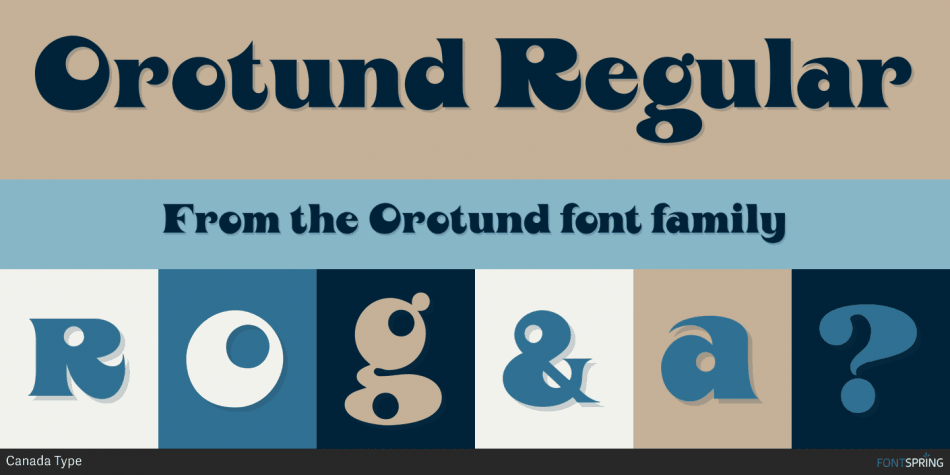 Orotund is a retro font published by Canada Type.

Orotund is a digitization and considerable expansion of the cheeky and enormously popular 1970s/1980s film type called Eight Ball. Round and happy like a bouncy ball, these are letters after a signmaker’s own heart. Seen everywhere in its film version, from bingo and pool hall parlor signs to comic books, now this computer version opens the door for the happy roundness to be used on a much larger scale by anyone who designs layouts on a computer.

The original film type included a few alternates. We digitized them, but we added many more as well. And we tied the map all together with OpenType programming for those who use OT-savvy programs.

Orotund is great for a variety of applications, including signage, rubber stamps, poster design, titling, cartoons, comics, and pretty much anything where happy and round fit in. And as a tribute to the original type’s name, we placed a dingbat of an 8-ball right in there for you.