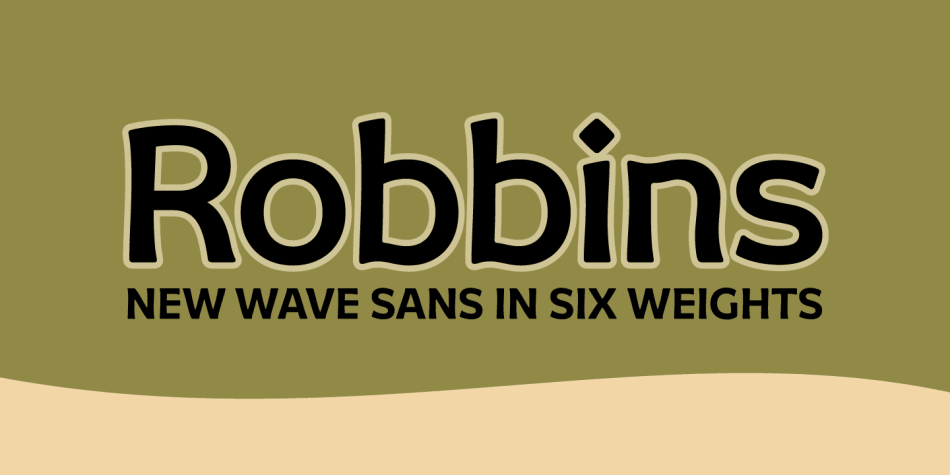 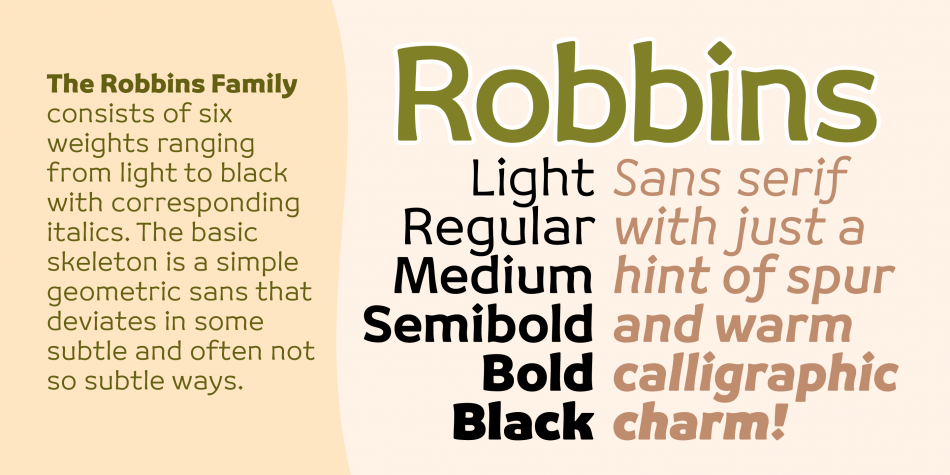 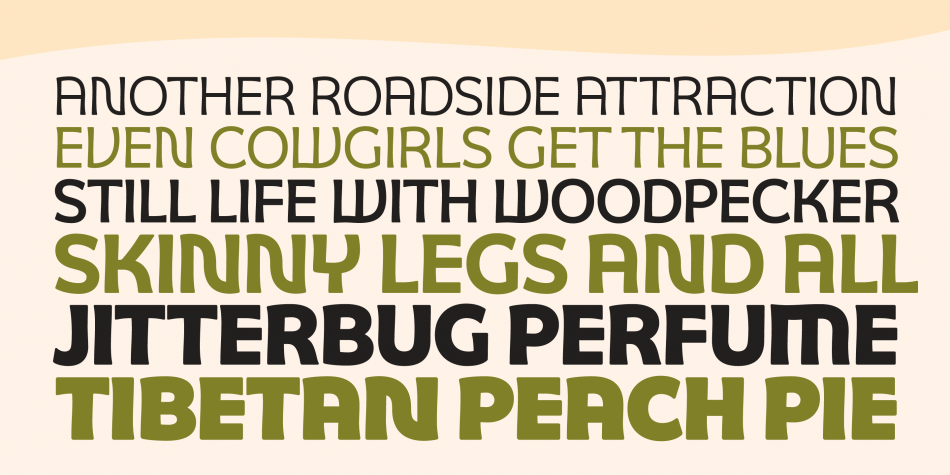 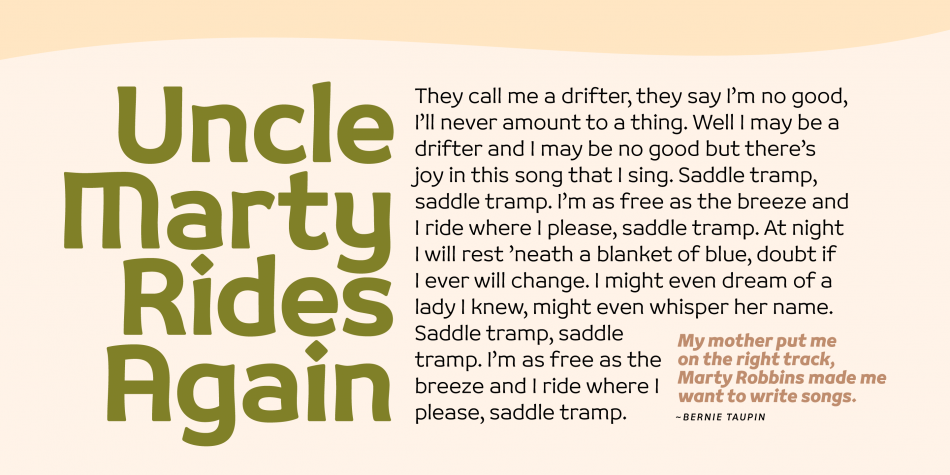 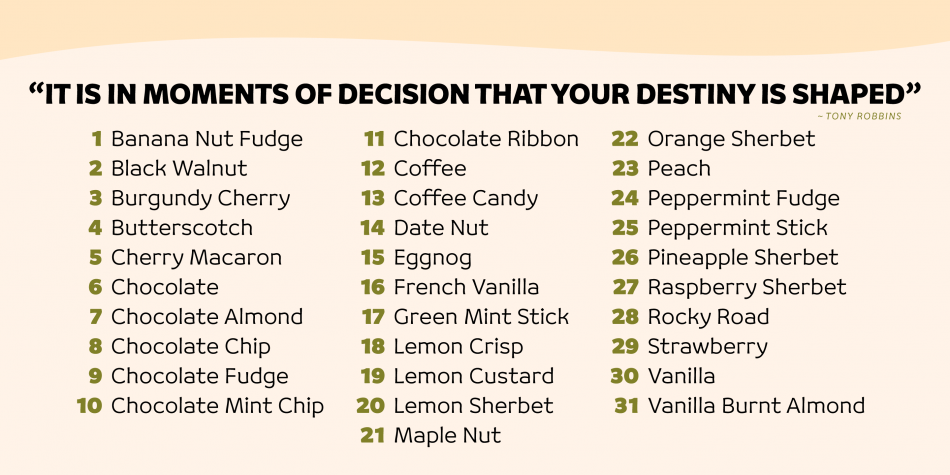 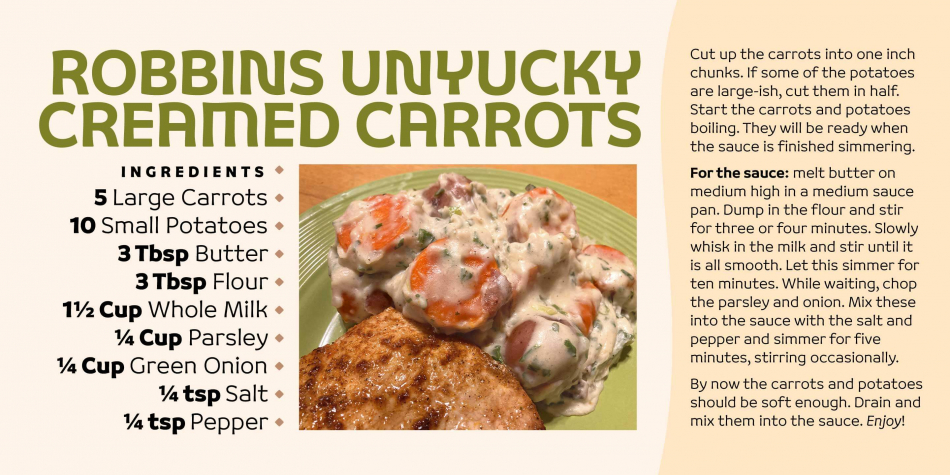 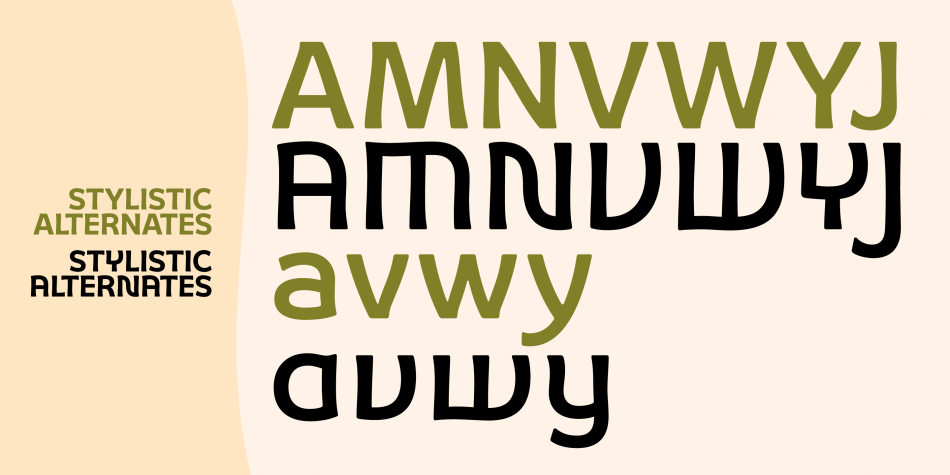 Designed by Robby Woodard, Robbins is a sans serif font family. This typeface has twelve styles and was published by Canada Type. 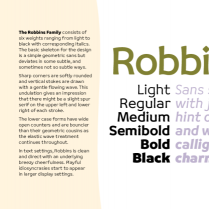 If there’s a thread that ties all the fonts Robby Woodard ever made, the tag at the end of it probably reads FUN in a bright colour. After his expertly cheerful take on the French Clarendon with Quirkwood, Robby brings forth a soft, wavy sans serif family that does an excellent job of turning a teutonic idea into a warm and versatile typeface that can dial into a wide range of aesthetic applications.

With Robbins, the basic idea of minimal sans serif letterforms undergoes a treatment where the subtlety knob can turn on a dime from chill to jolt in all the right places. Normally sharp corners are softly rounded and vertical strokes are drawn with a gentle flowing wave—an undulation that knocks on the door of the spur serif aesthetic, but doesn’t go all the way there. This elastic wave is especially prominent in the lowercase with wide open counters and a bouncy disposition that complements the inherent geometry of the caps. While the idiosyncrasies of this face are on full display in large sizes, its text settings are surprisingly direct, pleasantly readable, and exhibit an underlying current of airy clarity.