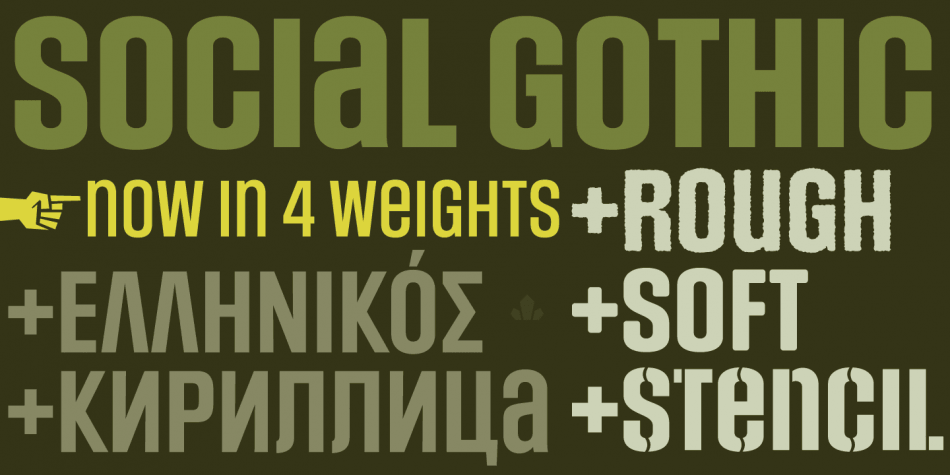 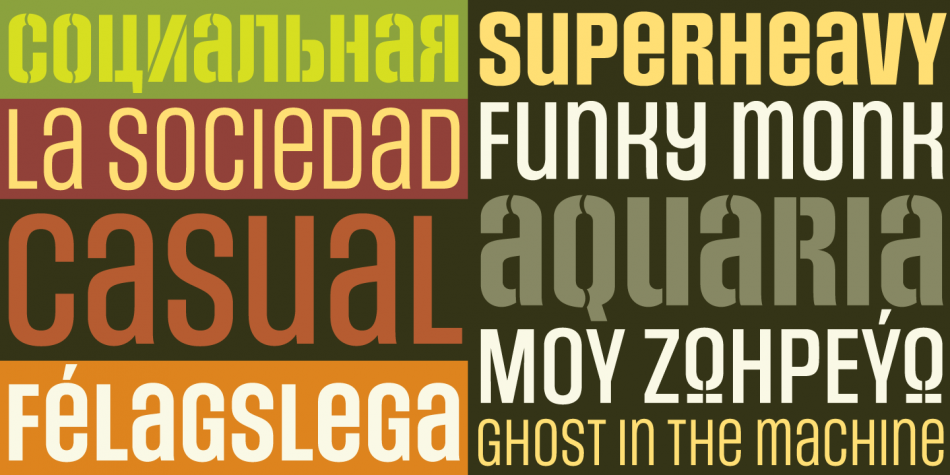 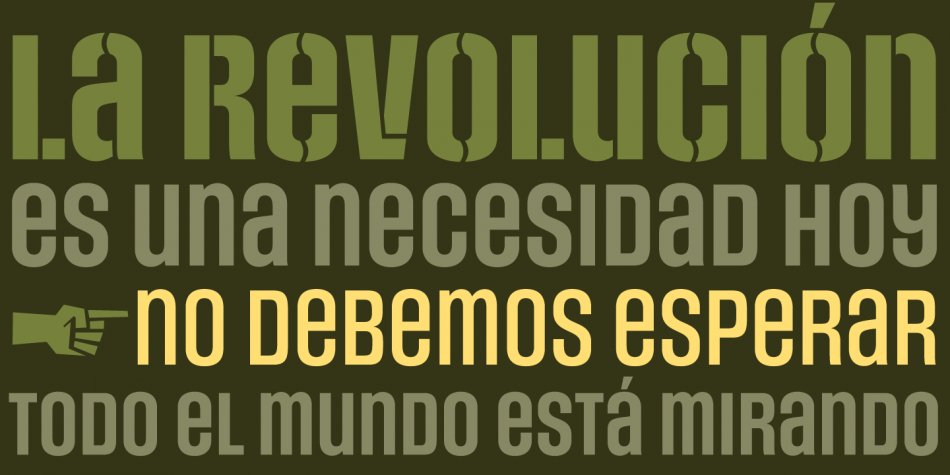 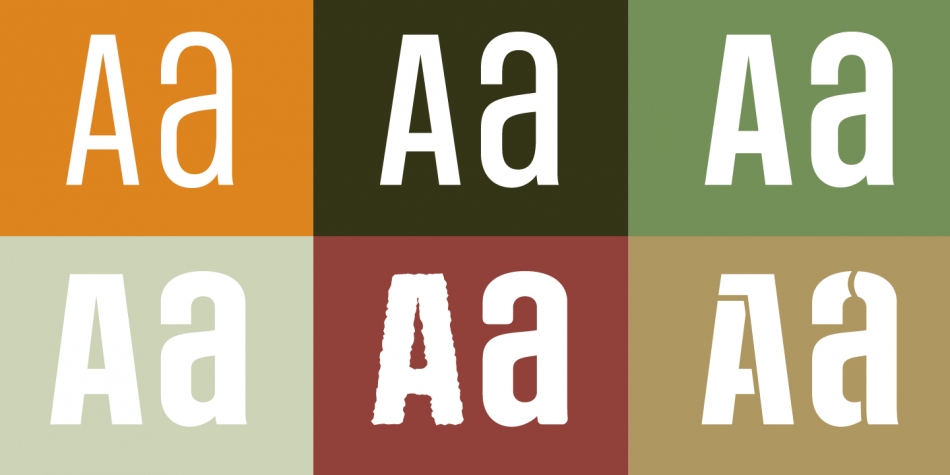 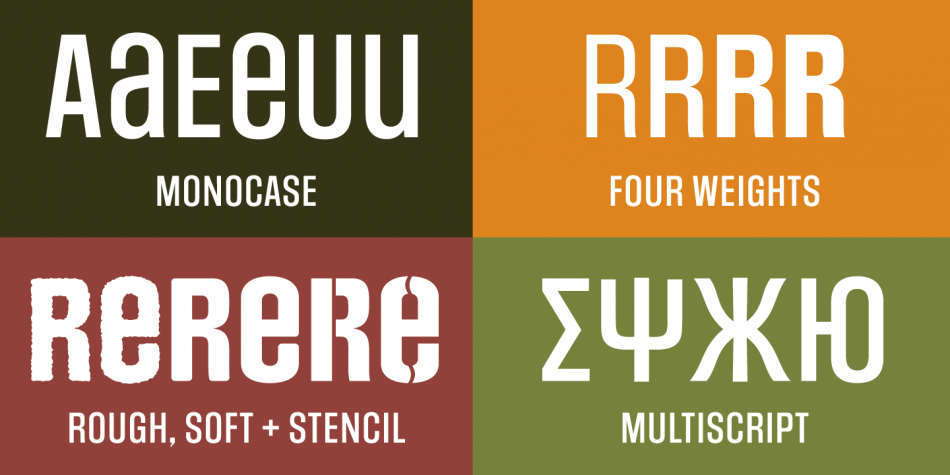 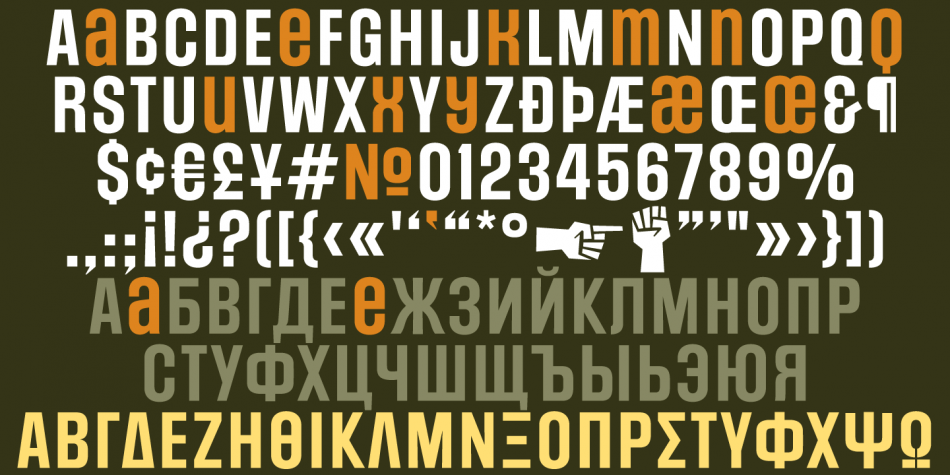 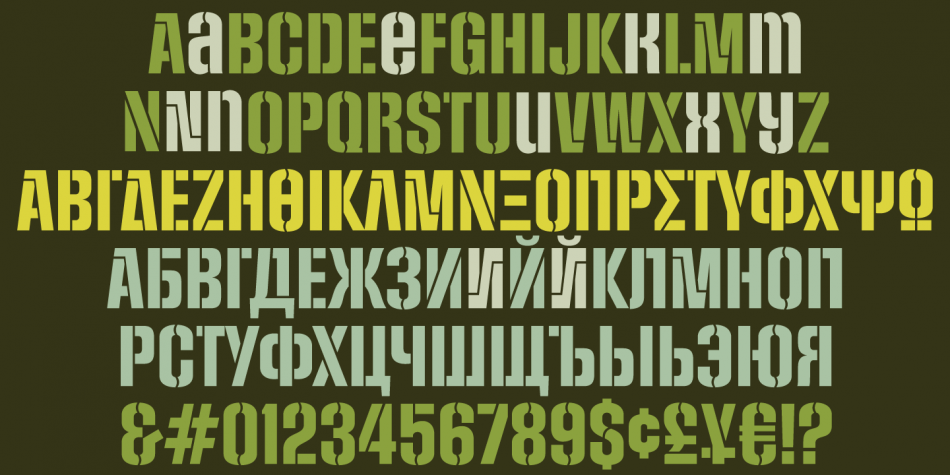 Designed by Patrick Griffin, Social Gothic is a stencil and display sans font family. This typeface has seven styles and was published by Canada Type.

When Social Gothic first launched in 2007 as a basic single font, it became an instantaneous branding and advertising favourite. It saw wide use by a few fashion outlets and department stores, then soared to new heights of exposure when it became the main face for Sears and the billboard cause standard for a few charity outfits and political organizations throughout Canada’s major urban centres.

Social Gothic is a monocase font that combines standard sans serif elements with some distinct “wooden” shapes and oval lowercase components, to make for a totality that achieves a handmade look while maintaining a message delivery that is clean, legible, understated and easy on the eyes. It is a gothic with strongly humanist leanings, something seldom found in the sans serif genre.

And now, this newly released Social Gothic family is the re-conceptualized, refined and optimized redux of the many bespoke versions that were commissioned and customized for various proprietary brands and projects over the years. The remastered set consists of four multi-script weights, rough and soft variations, and a very unique stencil treatment. Each of the Social Gothic fonts contains over 550 glyphs and supports over 45 languages.