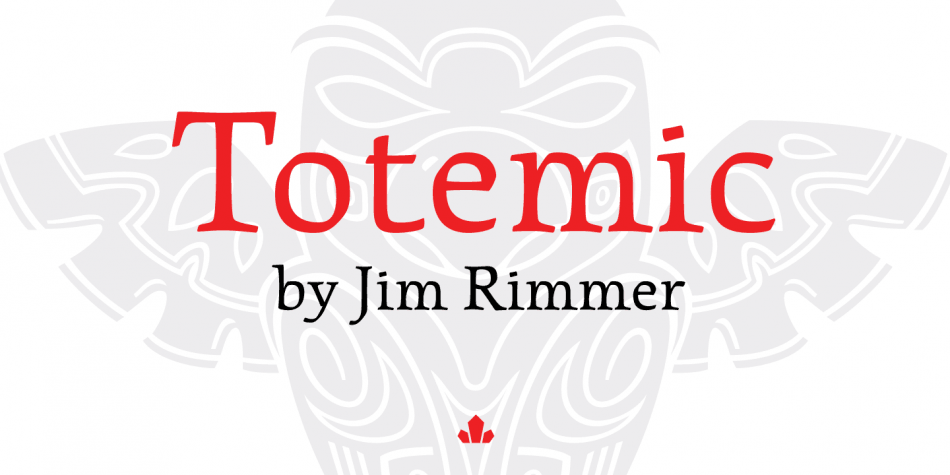 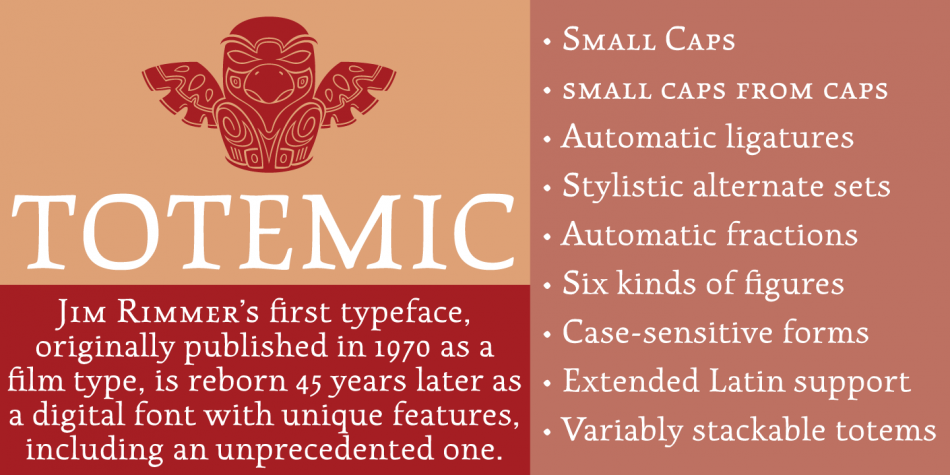 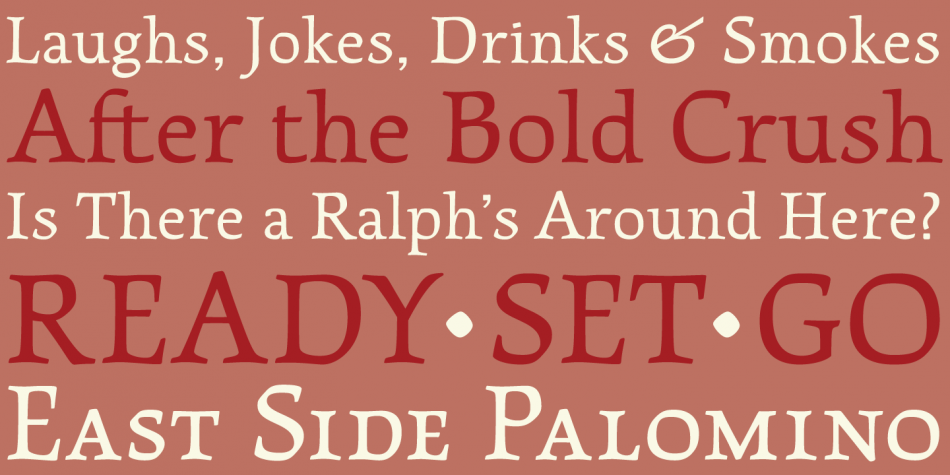 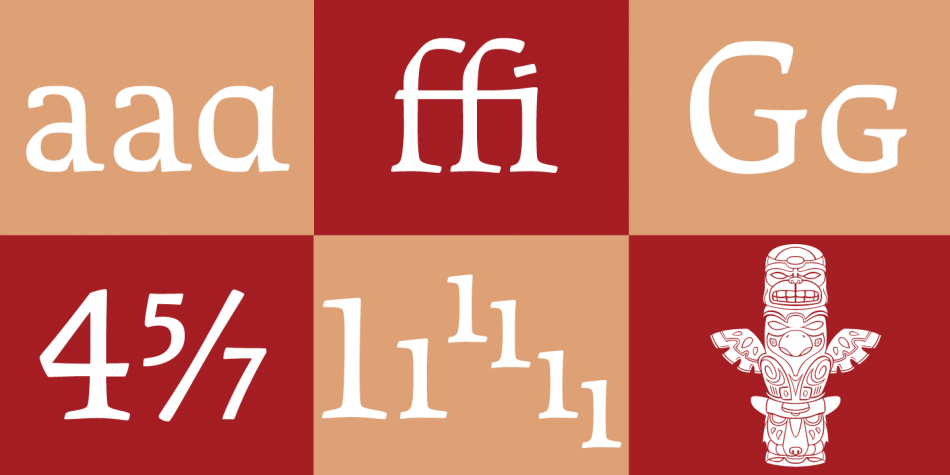 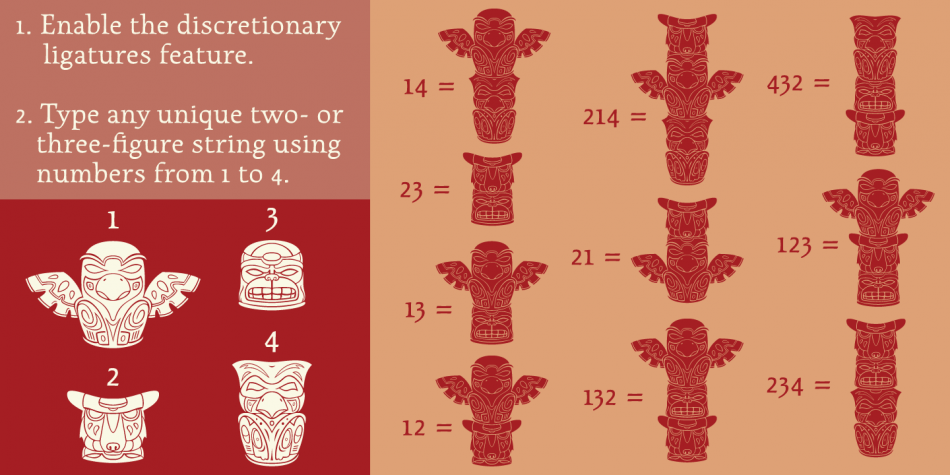 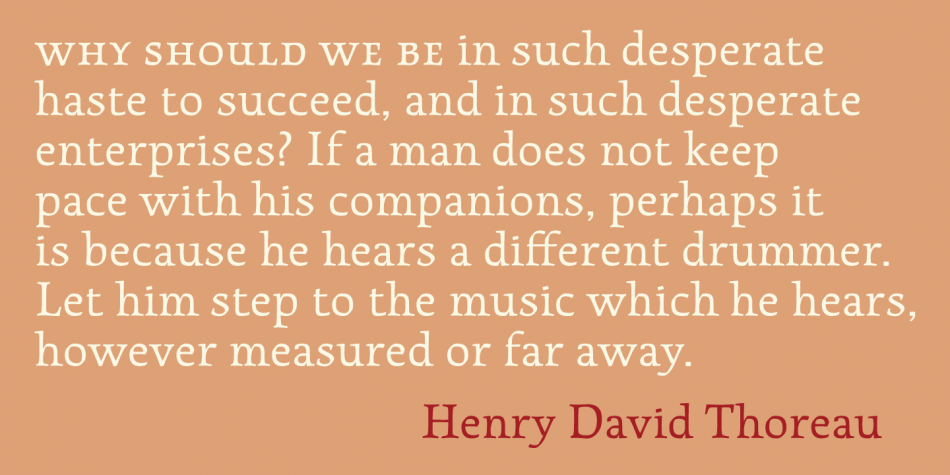 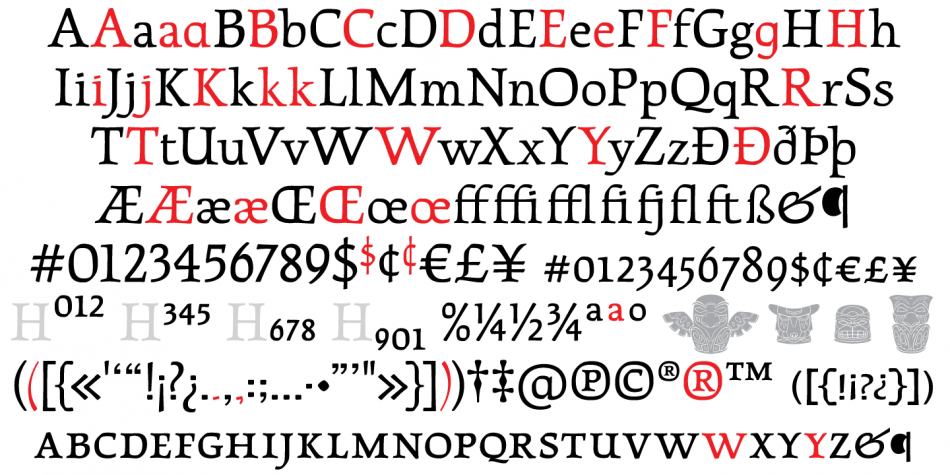 Designed by Jim Rimmer, Totemic is a serif font published by Canada Type.

Jim Rimmer’s first typeface was originally published in 1970 as a basic film type alphabet through a small, indepndent type house in central California. Its sources of influence (now calligraphic type standards by Dair, Goudy and Zapf) are ones that remained with Jim for the rest of his career. If you squint at Totemic in just the right way, you can see some recognizable themes Jim would later flesh out and make his own in later works throughout his career as a type designer and printer.

It also comes with a very unique and unprecedented feature: Variably stackable totem poles. Simply enable the discretionary ligatures feature, type any unique three-digit combination using numbers between 1 and 4, and watch the magic happens. With a name like Totemic, we just couldn’t help ourselves.

Many thanks to Andrew Steeves of Gaspereau Press for finding Jim’s lost gem in a most unexpected place, and for helping us bring it back to life 45 years after its analog birth.

Proceeds from this font will be put towards a variety of Canadian typography education causes.