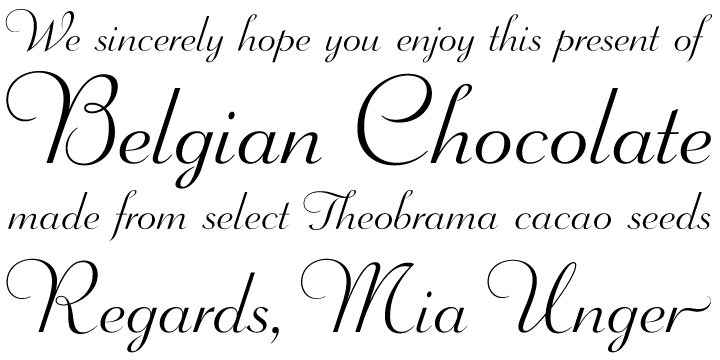 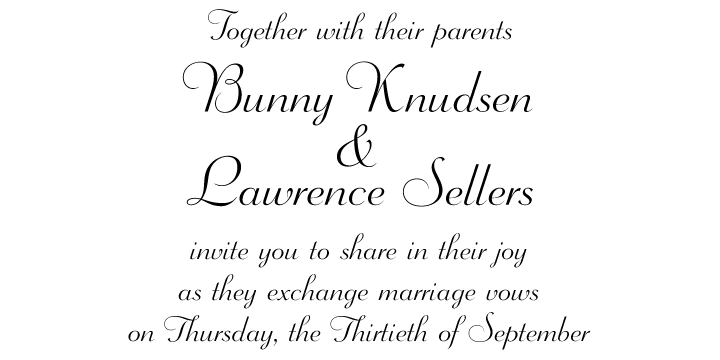 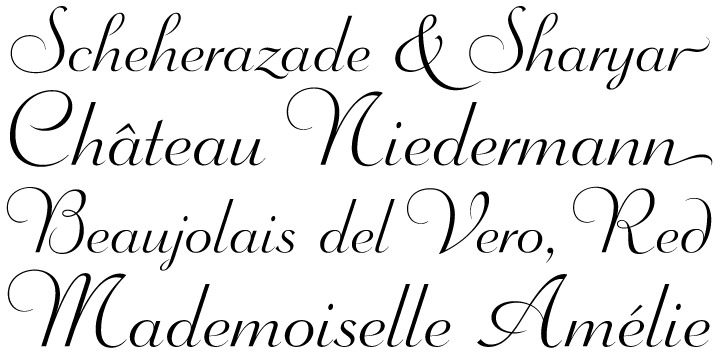 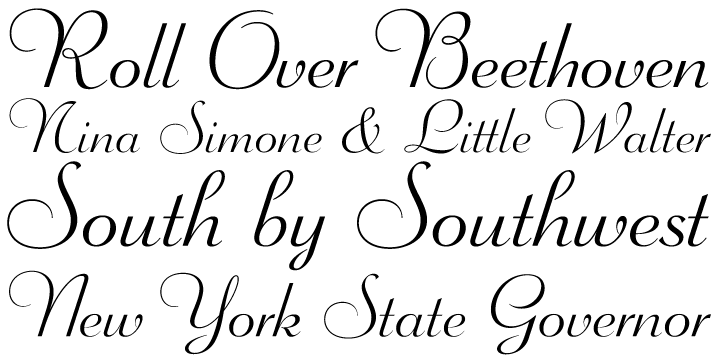 This gem of a script was what metal era typographers called a “continental face”, which essentially meant an old, most likely uncredited, metal face that was common to many European foundries. This particular one ran the rounds in the first half of the twentieth century under the names Donatello, Aigrette, Troubadour, Hertha, and Gracia. A little research reveals its true origin to be circa 1926 at the Wagner & Schmidt foundry in Leipzig, where it was a bold script named Troubadour. A cut that was much lighter, more elegant, and much more suitable for larger display applications was made by the Amsterdam Lettergieterij in the late 1930s, under the name Gracia. Gracia was a common sight on perfume bottles, wine labels, chocolate boxes, and book covers in Europe for about four decades. Like many treasures of its kind, it seems to have never been considered for digital retooling until now.

Wagner Script corrects and greatly expands on the original metal concept, to include plenty of alternate forms, even as many as four variations on some characters. It also comes with extended range Latin-based language support. The Wagner Script package contains both Wagner Script Pro, a premium feature-loaded OpenType font for advanced typography applications, as well as three TTF fonts for the legacy format user.