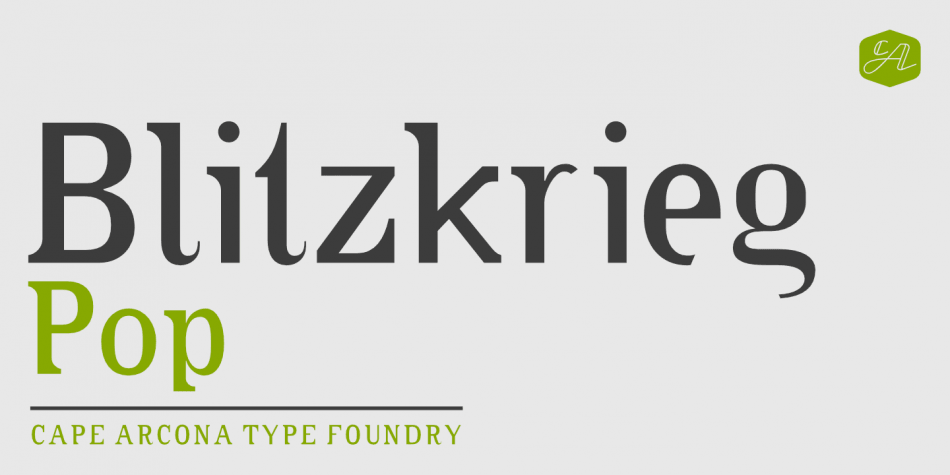 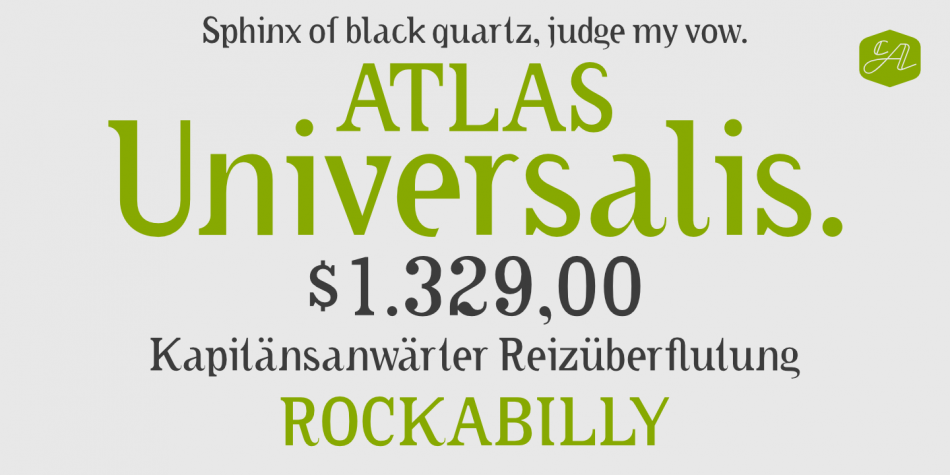 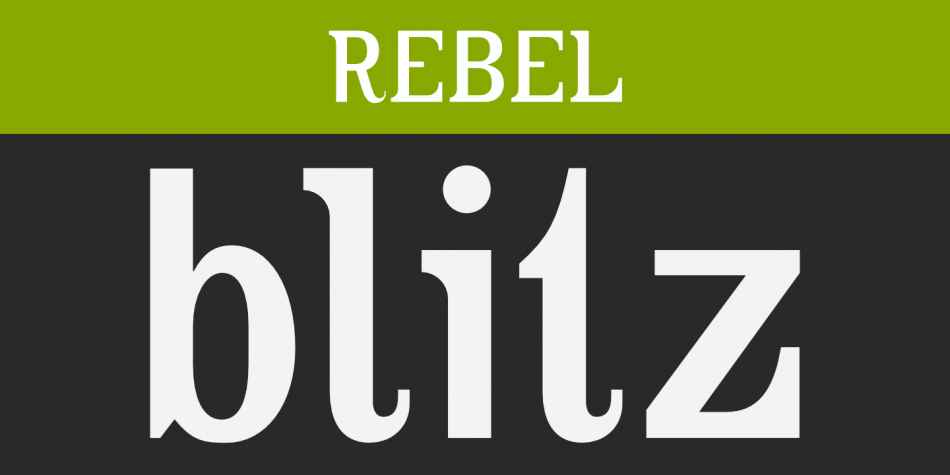 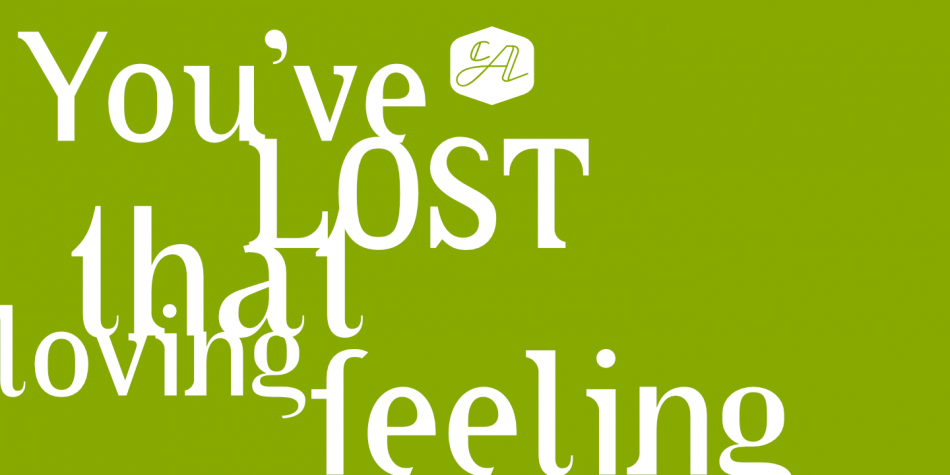 CA BlitzkriegPop is a serif font family. This typeface has two styles and was published by Cape Arcona Type Foundry.

What if the Ramones had been type designers, would the result have looked like this? Probably not.

And type designer {ths} is not the Ramones, he probably doesn’t even know them because constantly listens to Elvis, or Barry White for a change. So we should not have bored you with the talk about the Ramones, but we had to, because this font speaks so much for itself that there isn’t anything for us to say about it.

Except maybe for one thing: all those who suspect a Clarendon behind it should know: It’s all built from scratch.
And the basic idea… well yes it’s true, it was something back in the 90s.