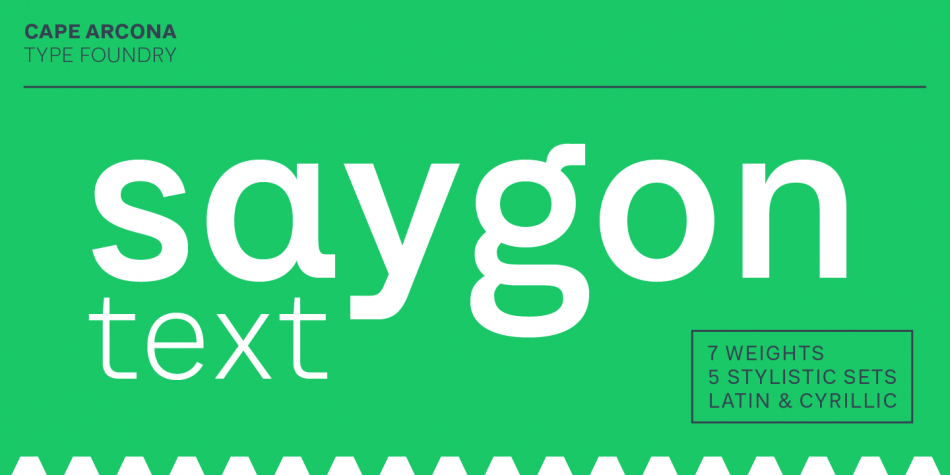 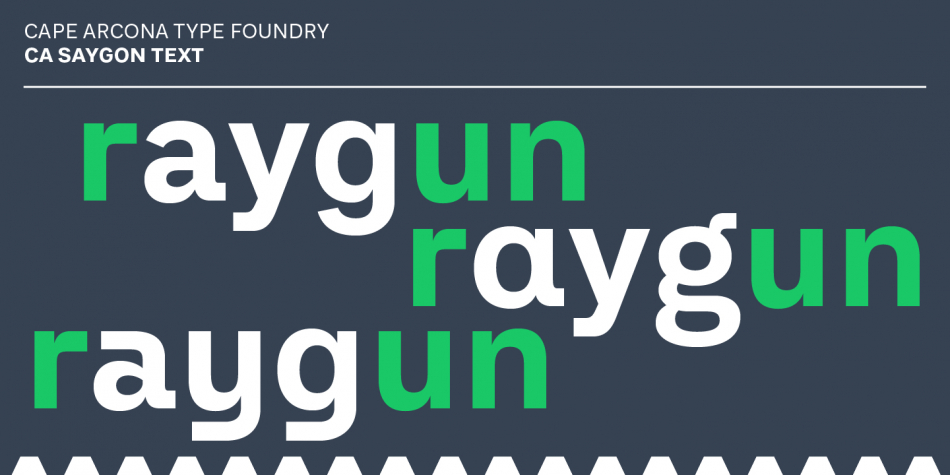 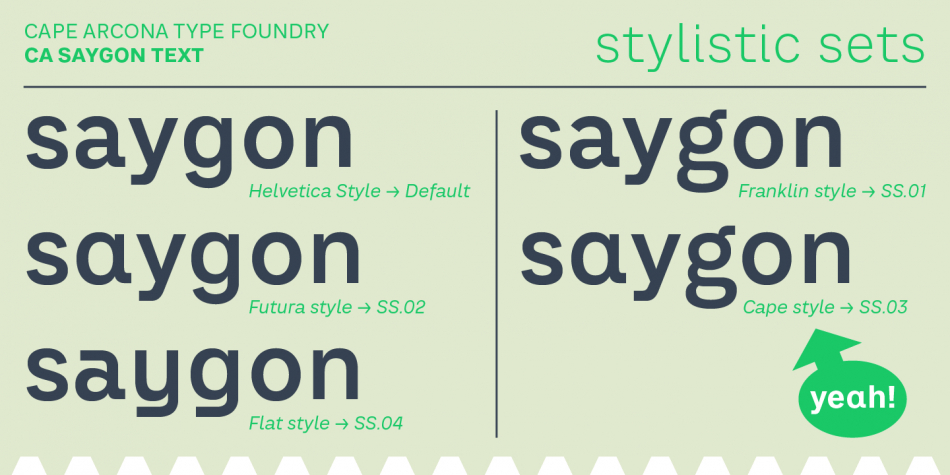 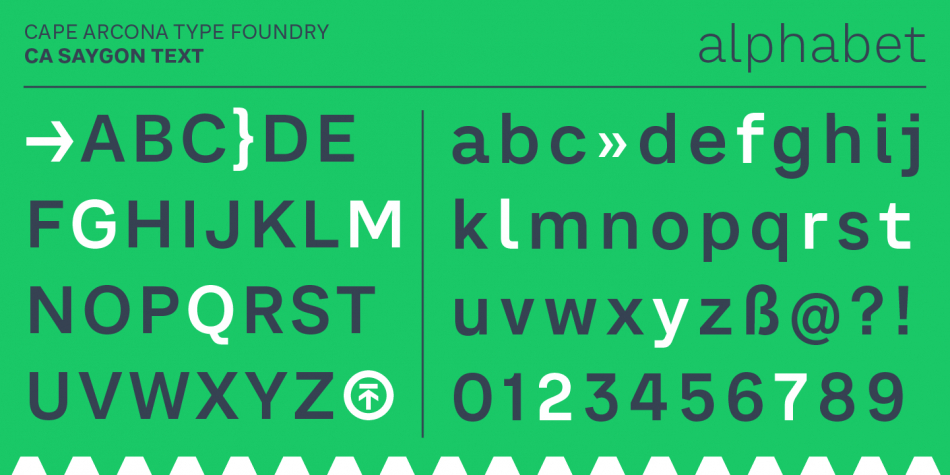 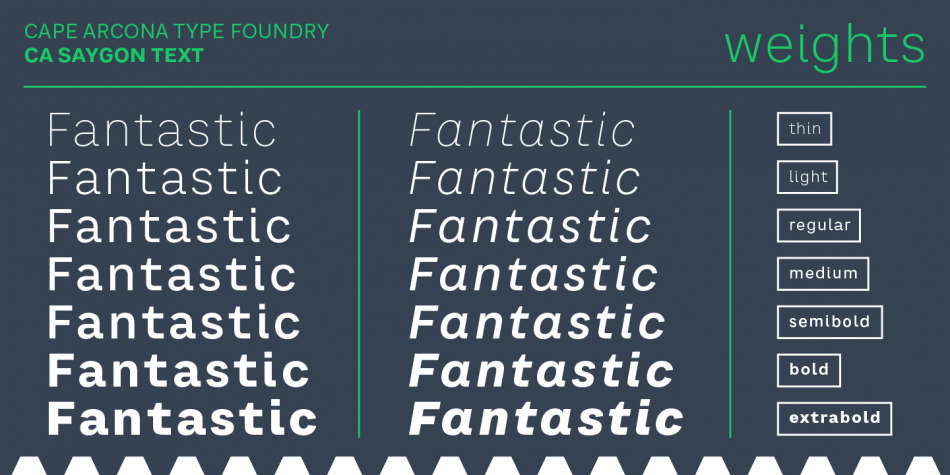 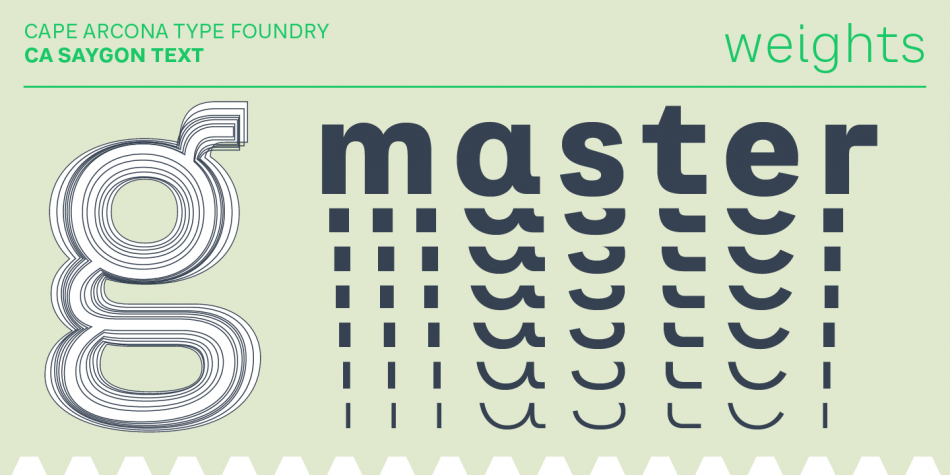 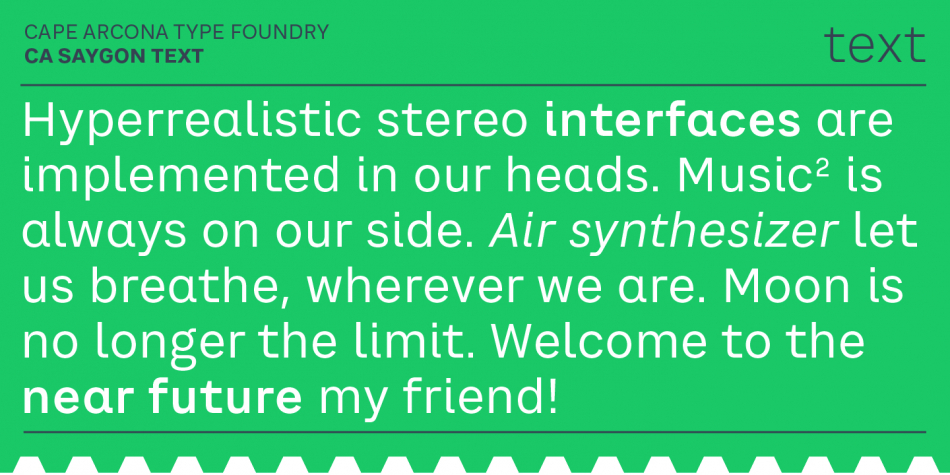 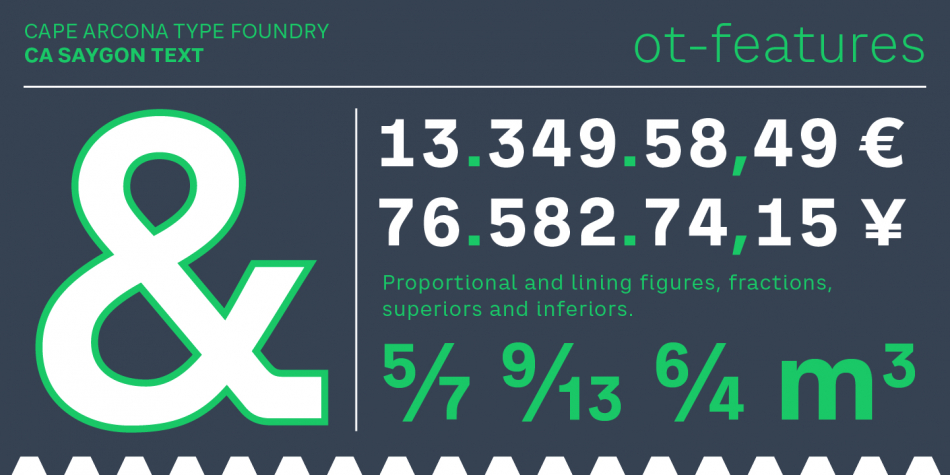 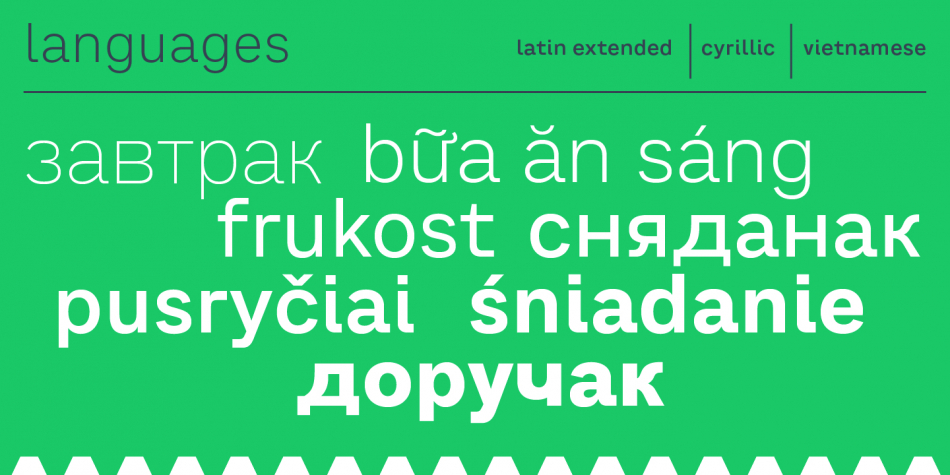 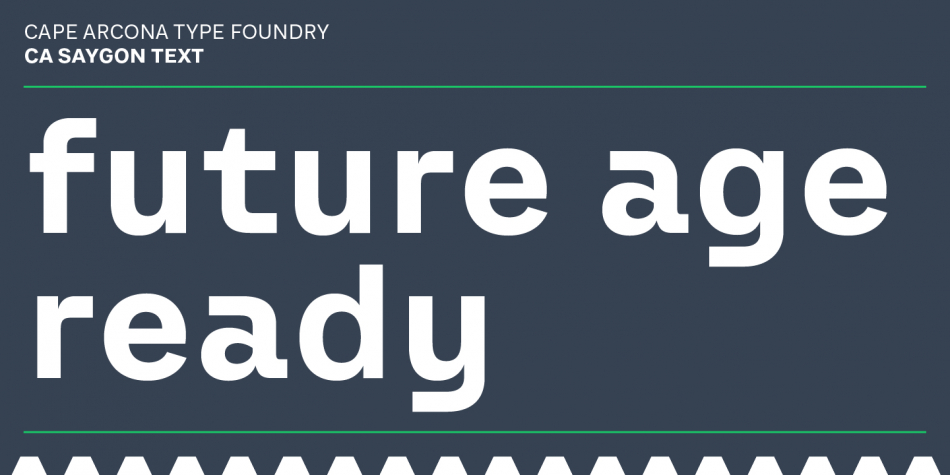 Designed by Stefan Claudius, CA Saygon Text is a sans serif font family. This typeface has fourteen styles and was published by Cape Arcona Type Foundry. 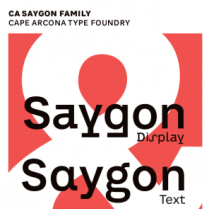 CA Saygon Text is based on the CA Saygon, but is designed for quantity setting and classic editorial tasks. The basic proportions and the form language are still reminiscent of CA Saygon, but have been further developed independently. The result was a typeface with a strong character and a no-nonsense extension with 7 weights from Thin to Extra Bold.

Early grotesque typefaces were a source of inspiration, but a historical impression was clearly avoided. This is due to the relatively low caps height and ascenders, which makes the font very space-efficient. In addition, there are some letters that run out at right angles instead of roundings. But the special highlight of the font are the five styles in which it can be used. The Helvetica style is set as default, with two-story a and two-story g. But there are more styles, like the Franklin style with two-storey a and three-storey g. The Futura style has a single-storey a and a two-storey g accordingly. But the best thing is the Cape Style, with single-storey a and three-storey g. A great extravagance with a surprisingly pleasant look. If you like it a bit more experimental, then the Flat style is recommended, which continues the rectangularity in a, g, and y, too.

Besides some Opentype features, like superiors and inferiors, fractions and tabular and proportional numbers, there is a rich language support. In addition to Latin Extended, there is also a Cyrillic alphabet, as well as Vietnamese letters, which recommends the font for global communication.