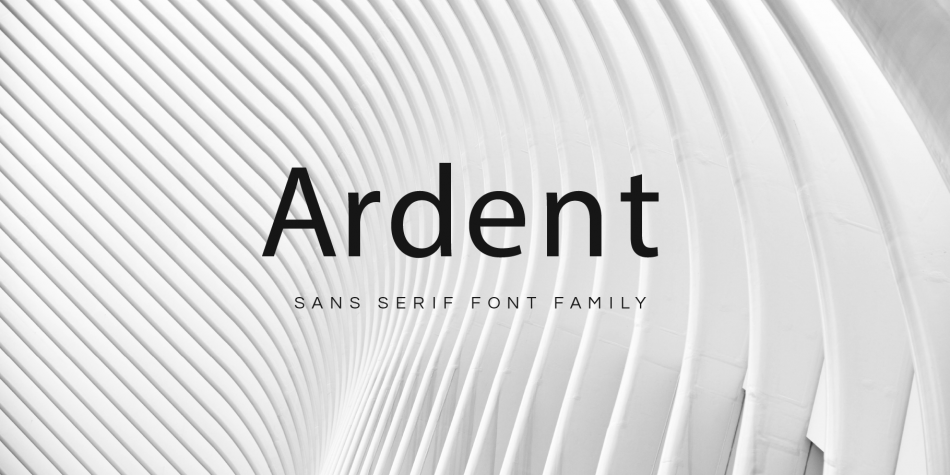 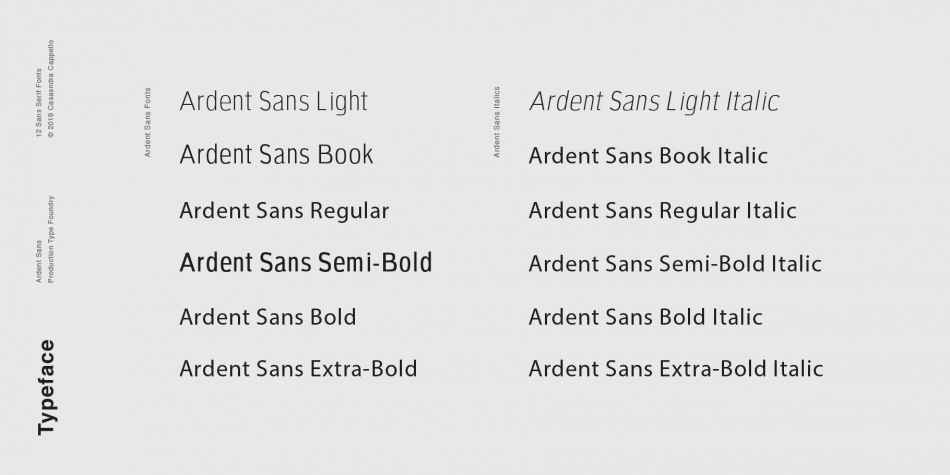 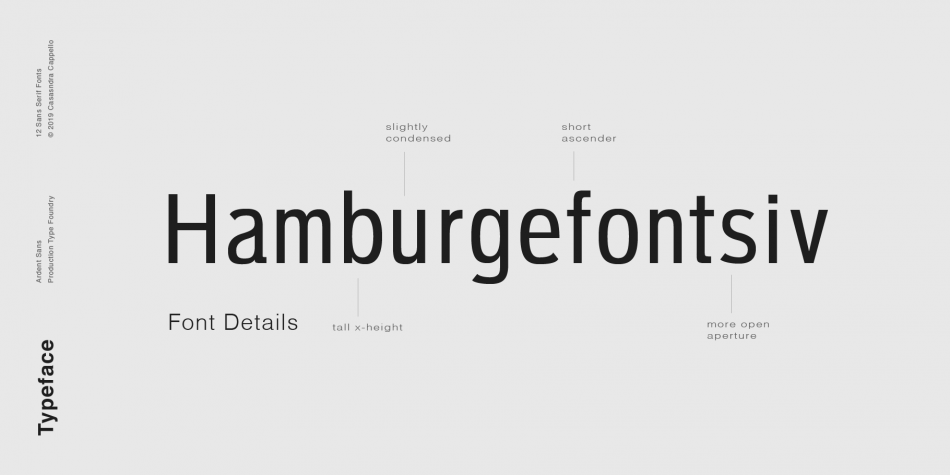 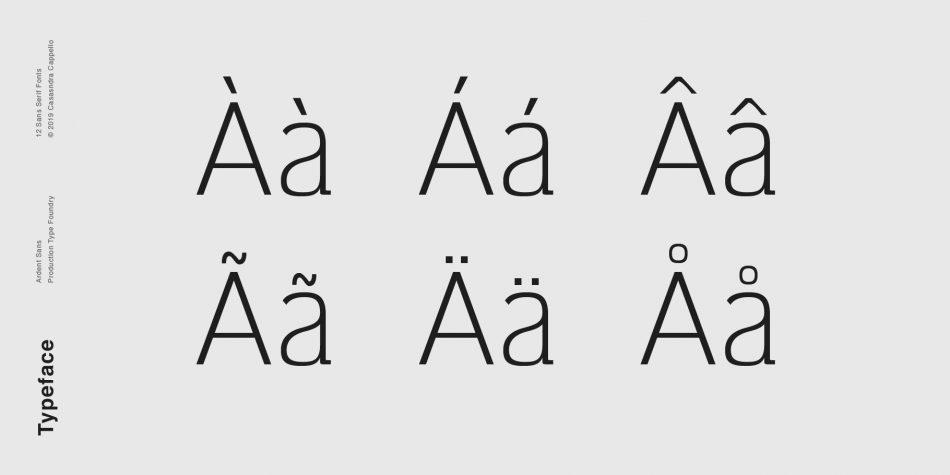 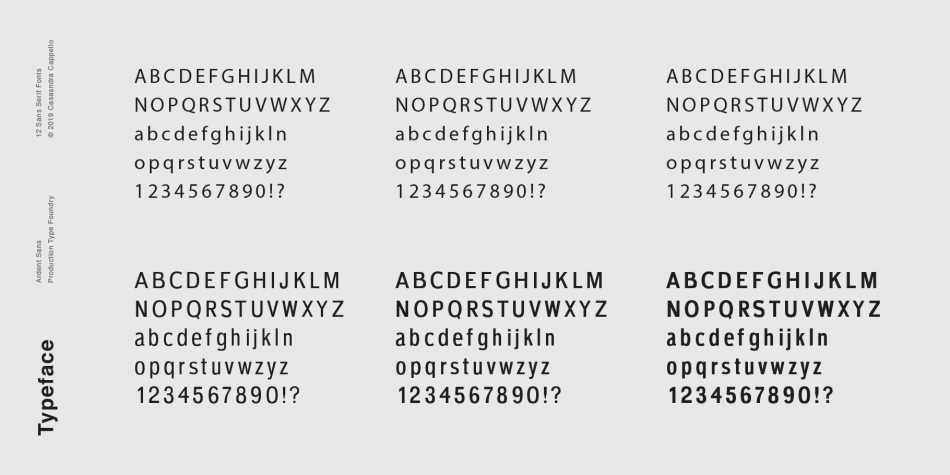 Designed by Cassandra Cappello, Ardent Sans is a sans serif font family. This typeface has twelve styles and was published by Cappello Designs.

This slightly condensed font can be used for both headers and body copy. This font family includes all latin characters (including accents), numbers, special characters, and punctuation.