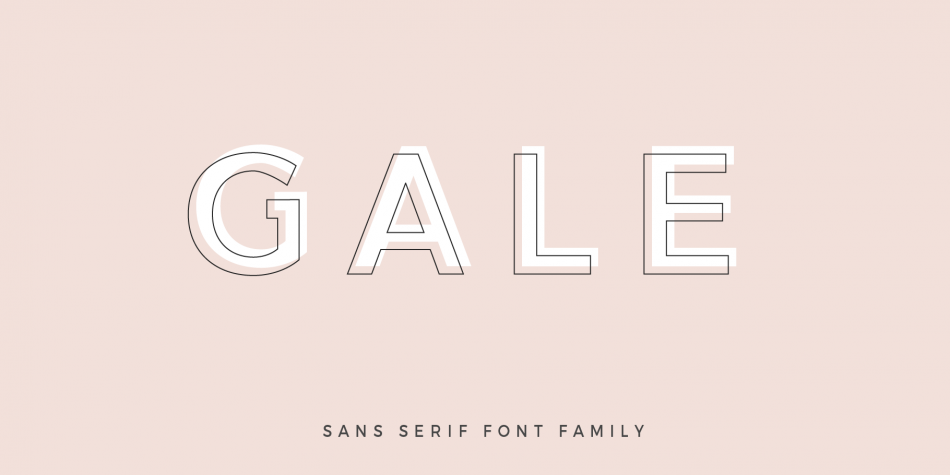 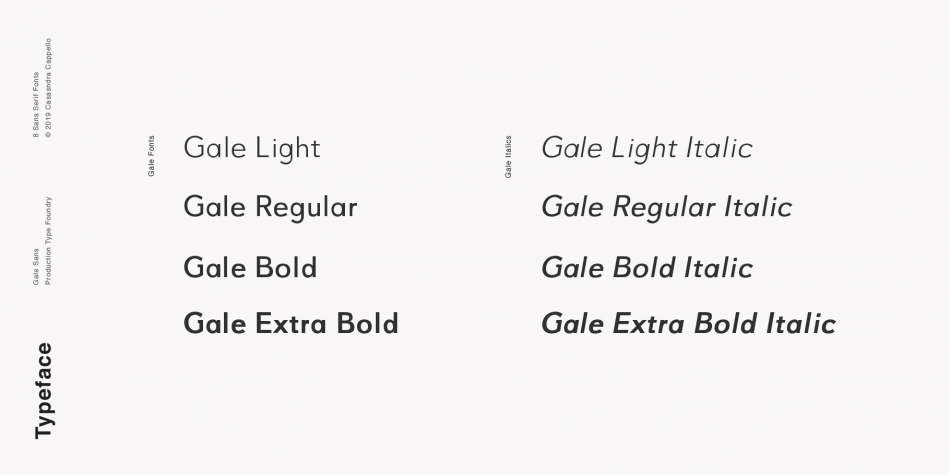 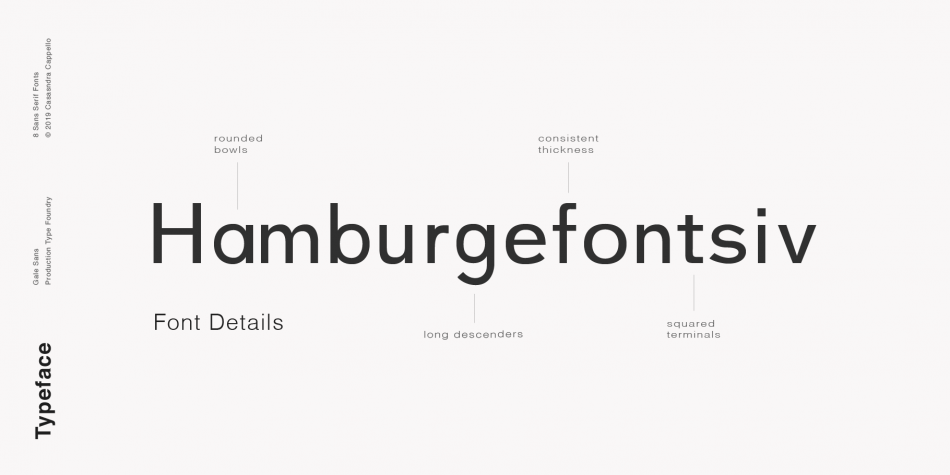 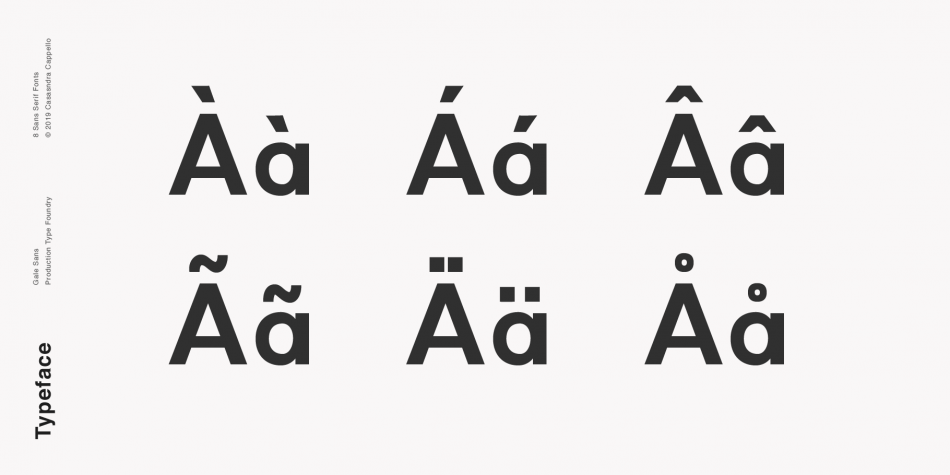 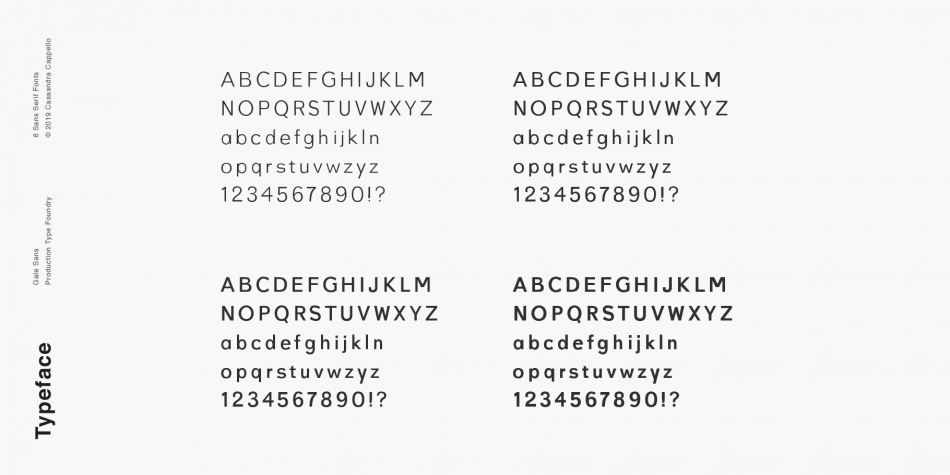 Designed by Cassandra Cappello, Gale is a sans serif font family. This typeface has eight styles and was published by Cappello Designs.

Gale is a modern, feminine, geometric, sans serif typeface. It’s mainly classified as a 20th century Neo-Grotesque typeface, but it also has some Geometric elements mixed in to some of the characters.

It has a little bit of personality and can be used for both headers and body copy. This font family includes all Latin characters (including accents), numbers, special characters, and punctuation.