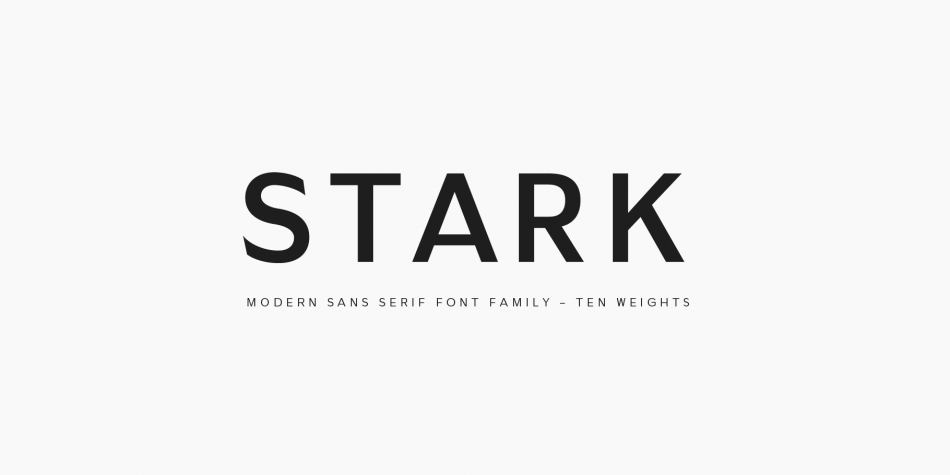 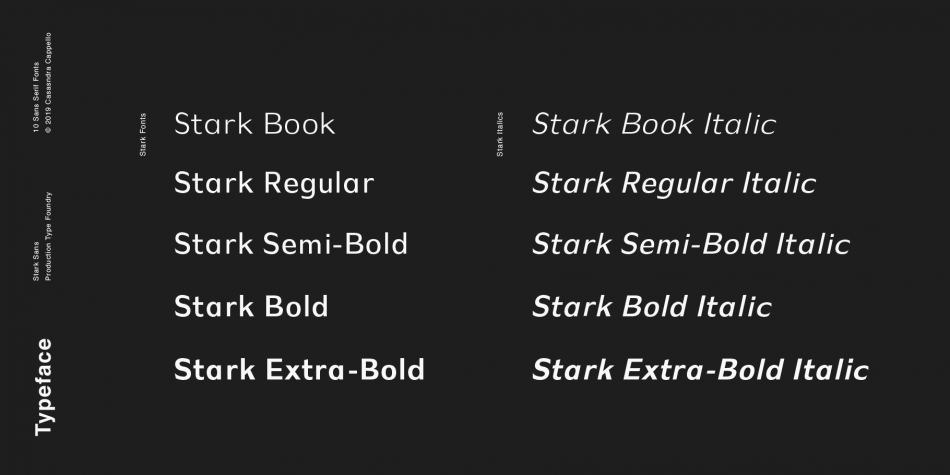 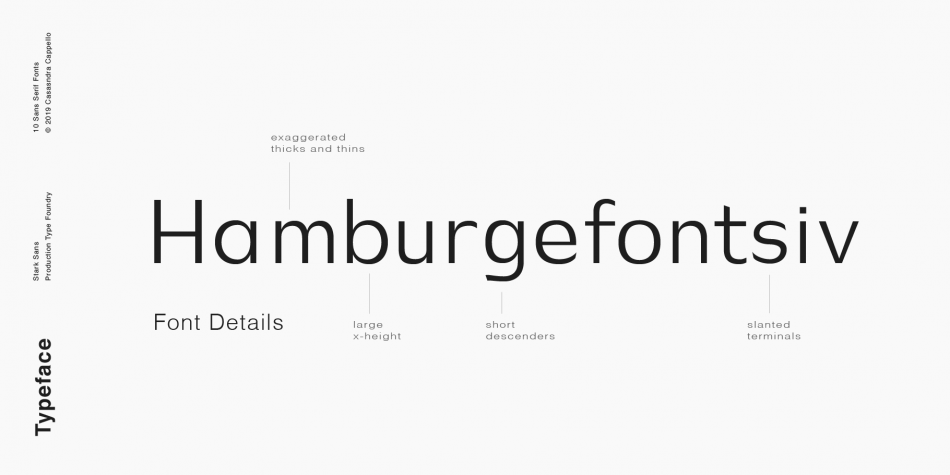 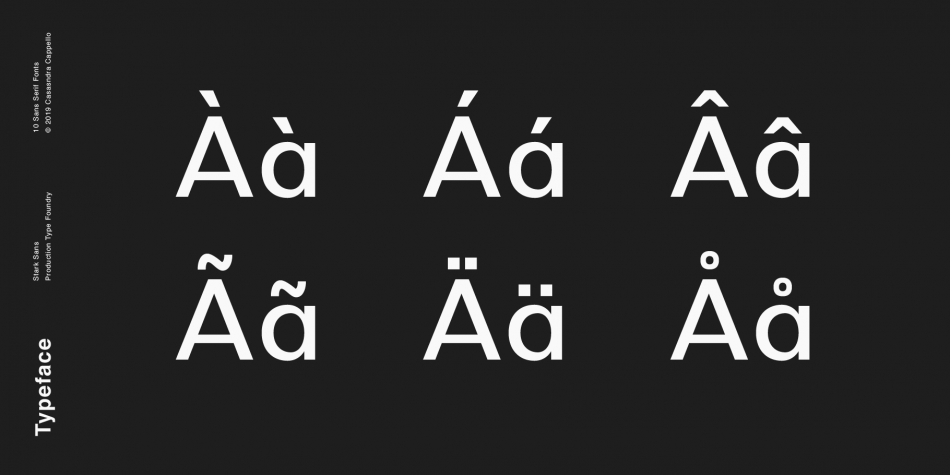 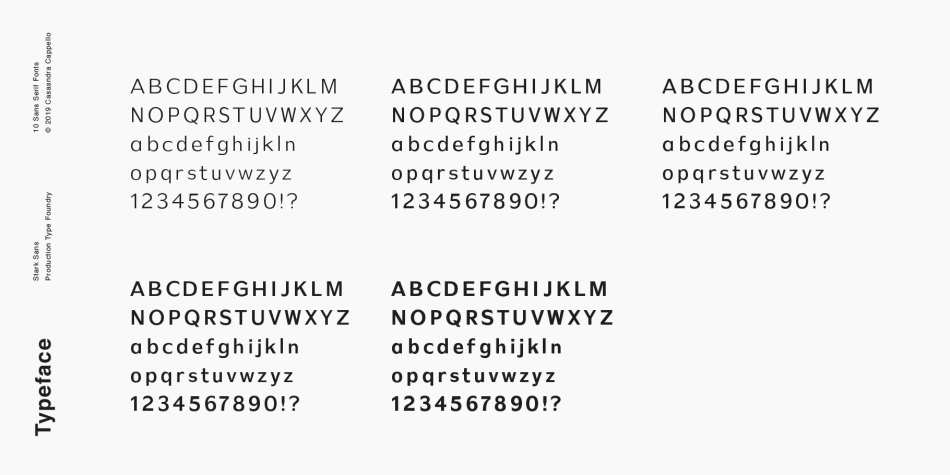 Designed by Cassandra Cappello, Stark is a sans serif font family. This typeface has ten styles and was published by Cappello Designs.

Stark is a modern sans serif typeface that can be used for both headers and body copy. It bears a strong resemblance to its 20th Grotesque counterparts. Stark utilizes typical Grotesque typeface characteristics, such as having some minor thicks and thins, and a large x-height, but it also utilizes more modern glyph styles.