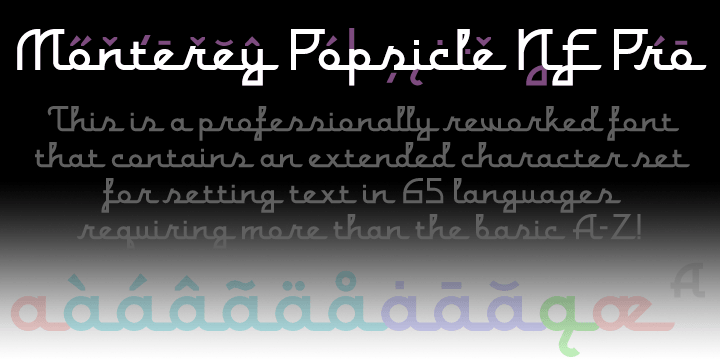 A faux script font typical of classic american branding. I have totally reworked all the letterforms: they started with a “notch” and ended flat - I have removed the “notch” and rounded off the ending stroke, so now you can actually start words with the lowercase letters. I have also improved the spacing (especially after the capitals), and of course added all the “foreign” glyphs. A classic is reborn!

Nick Curtis says: “Just another ‘somewhere from the thirties to the fifties’ kinda script, named kinda after a sixties rock festival.”