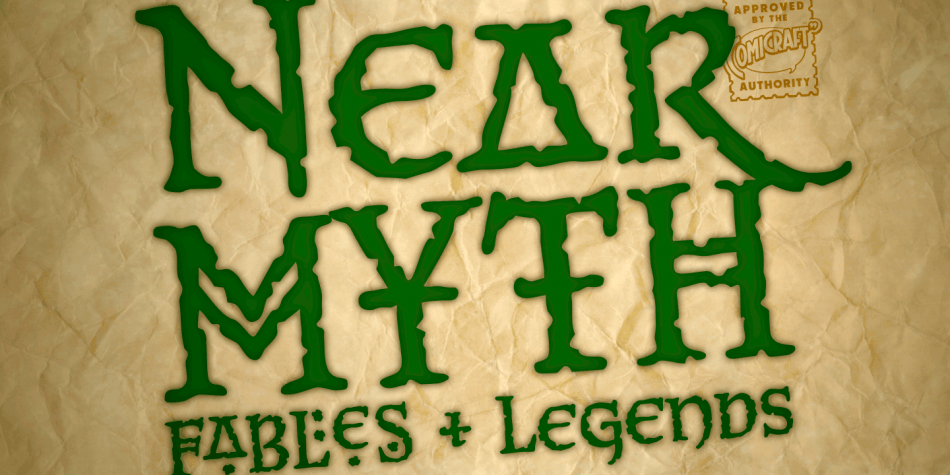 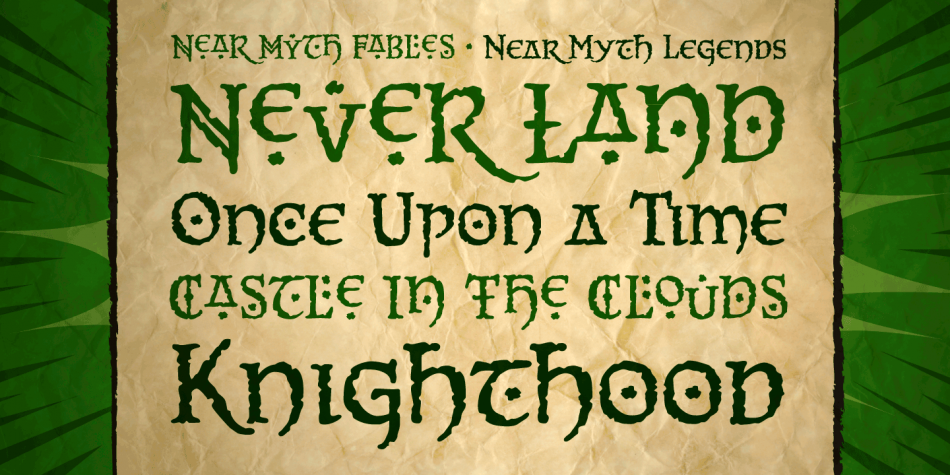 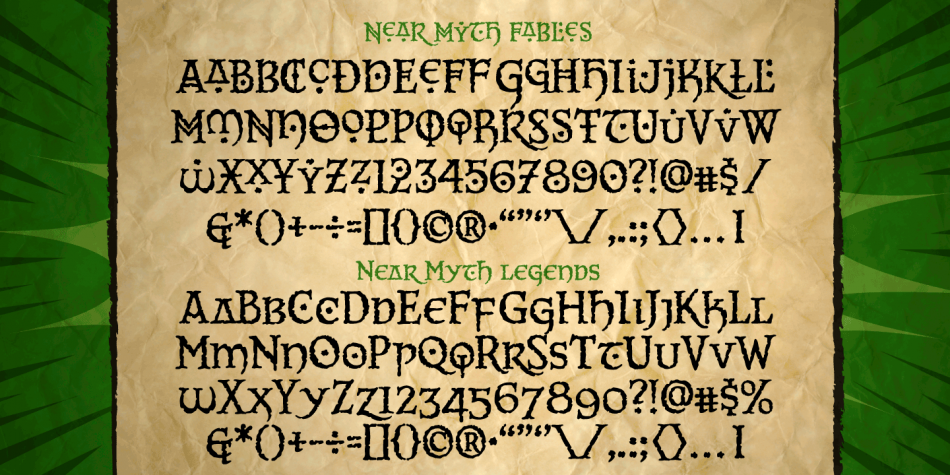 Designed by John Roshell, Near Myth is a display serif and historical font family. This typeface has two styles and was published by Comicraft.

The Norse Gods of Asgard, the Titans of Olympus and the Elders of Middle Earth have spoken! Their pronouncements have been carved in the solid rock across the mountains of Midgard and their Legend will now be known to many… ‘cause JG—- our very own Mr Fontastic—signed a license for comicbookfonts.com to make the typestyles of the gods commercially available. No really, he made a deal with Loki. Dipped his pen in his own blood and everything.