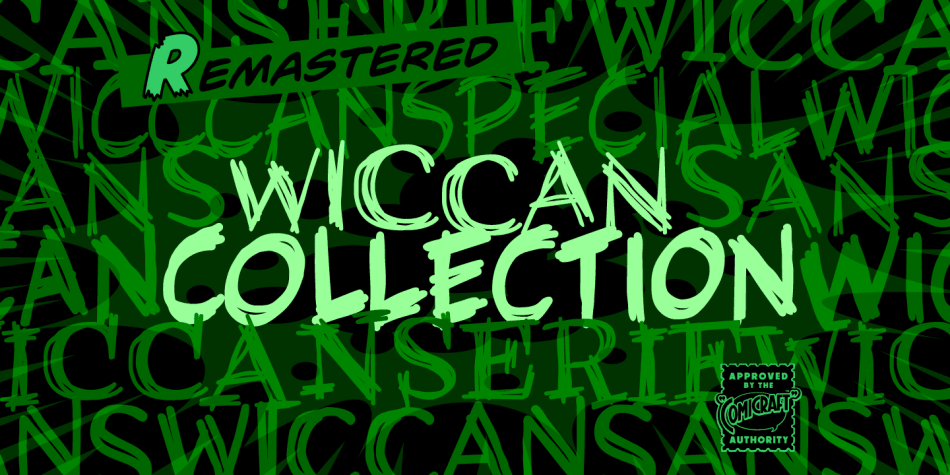 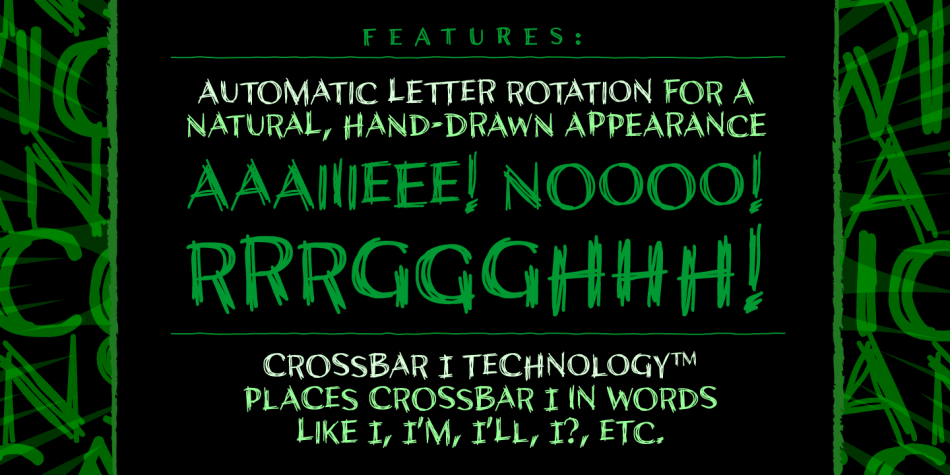 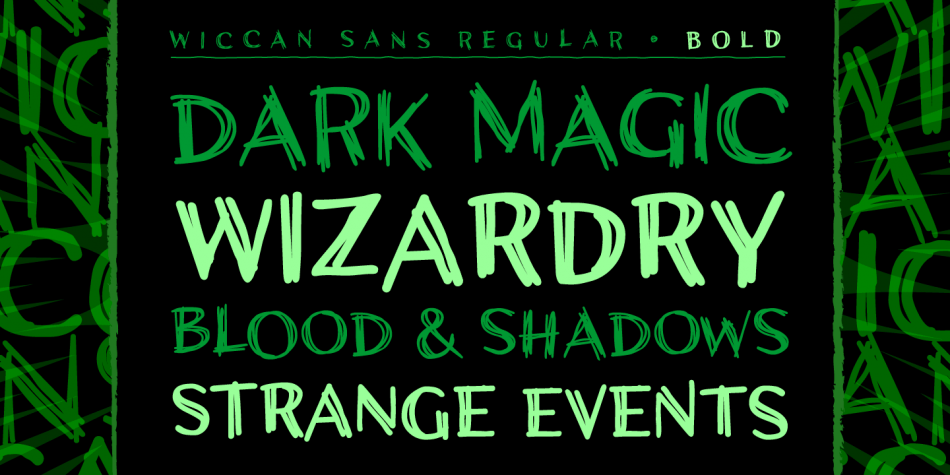 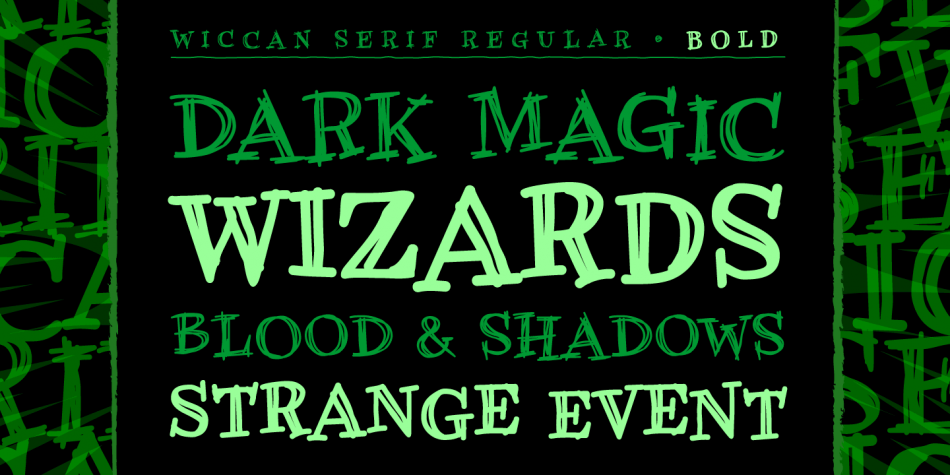 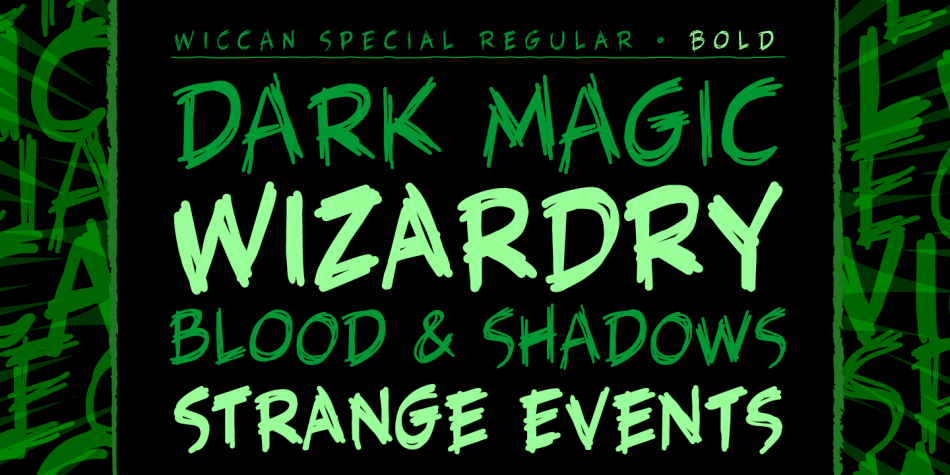 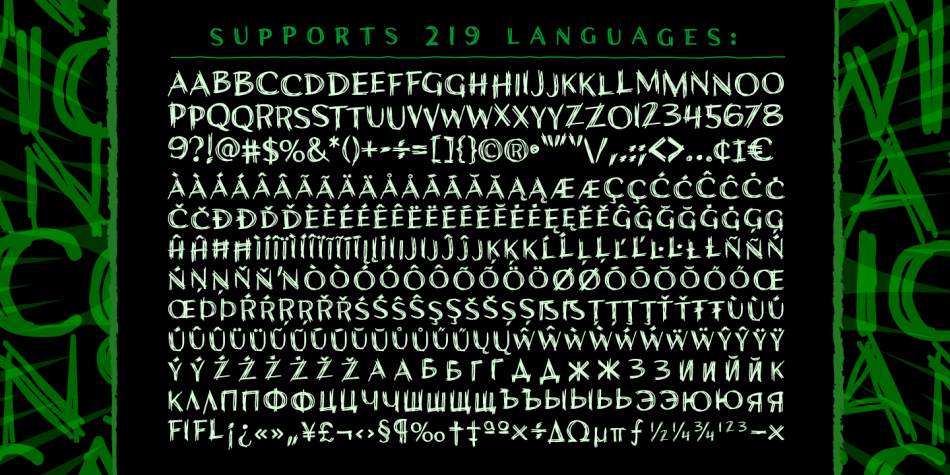 Designed by John Roshell, Wiccan is a hand display font family. This typeface has six styles and was published by Comicraft.

Way back in 1996, three student letterers went into the forest looking for the mysterious fonts used to letter Spawn: Blood & Shadows. They never returned. A year later, these fonts were found.