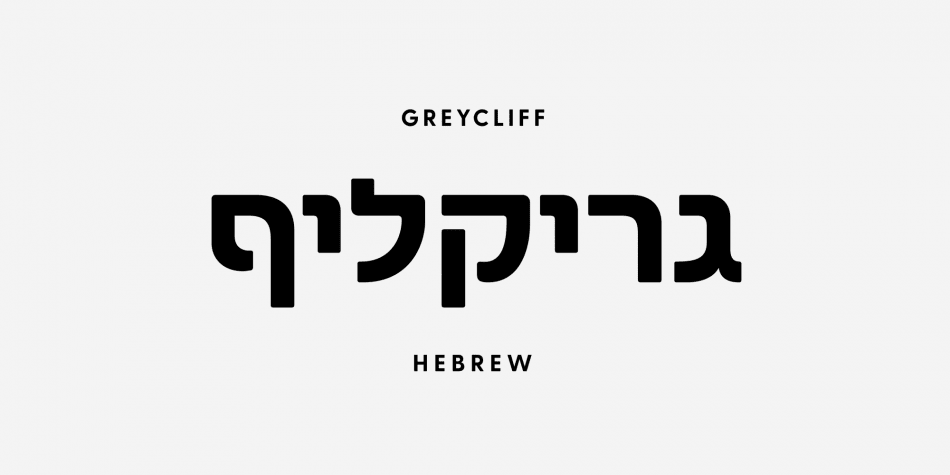 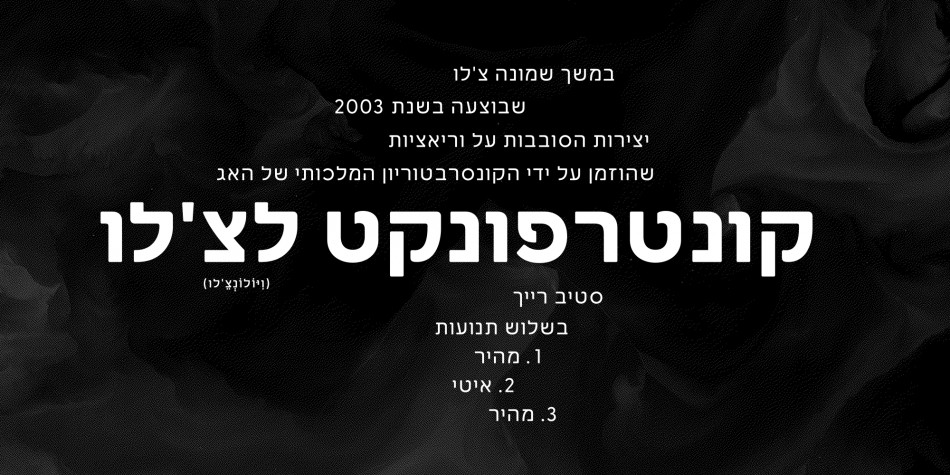 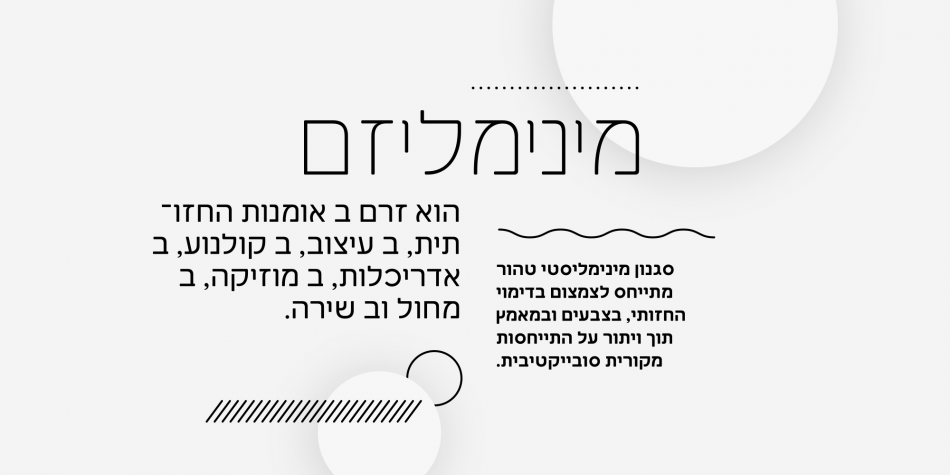 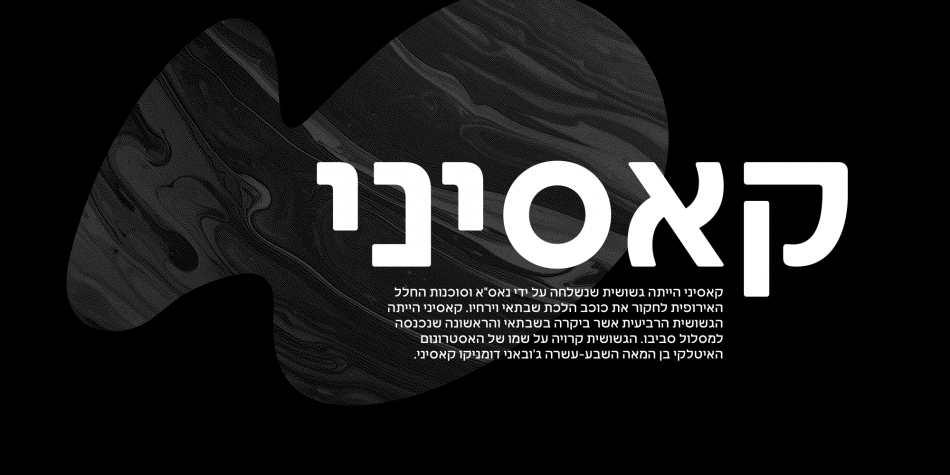 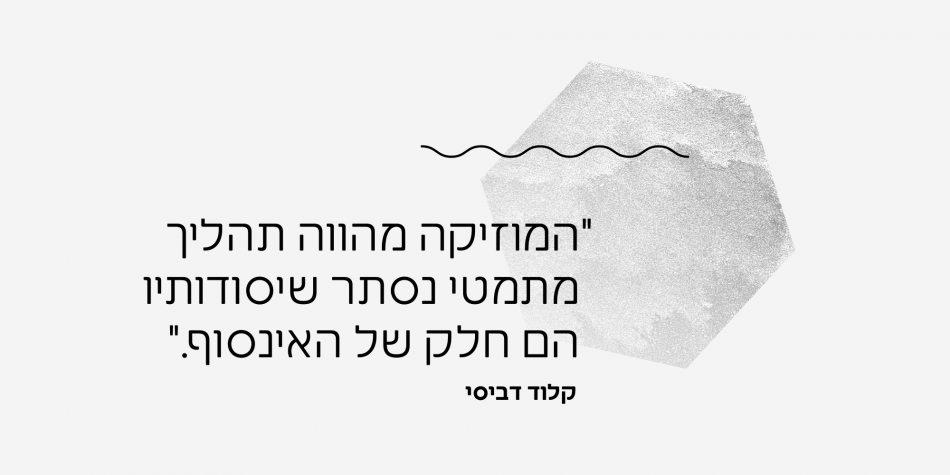 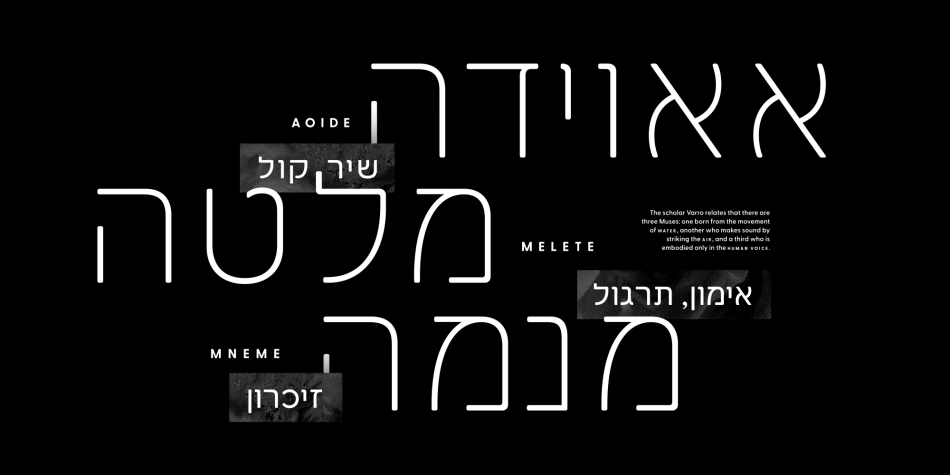 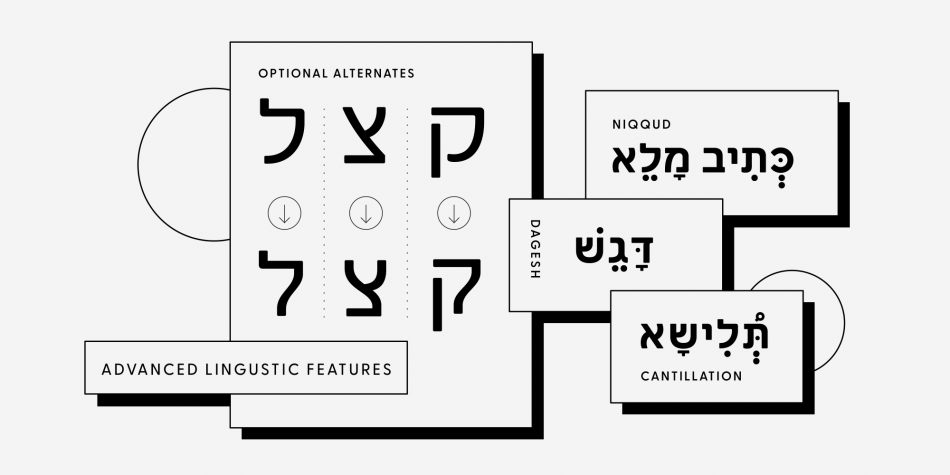 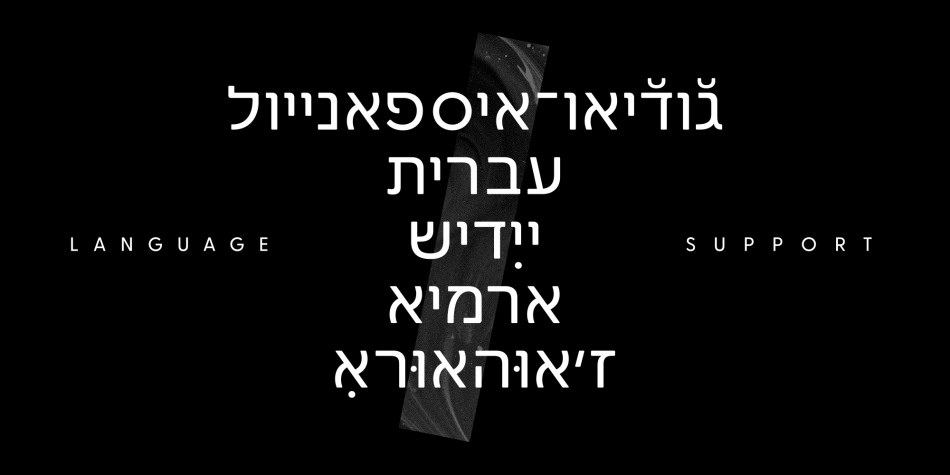 Greycliff Hebrew CF works as a complete, self-contained type system, with both Hebrew and Latin scripts included and designed to compliment one another.

All typefaces from Connary Fagen include free updates, including new features, and free technical support.