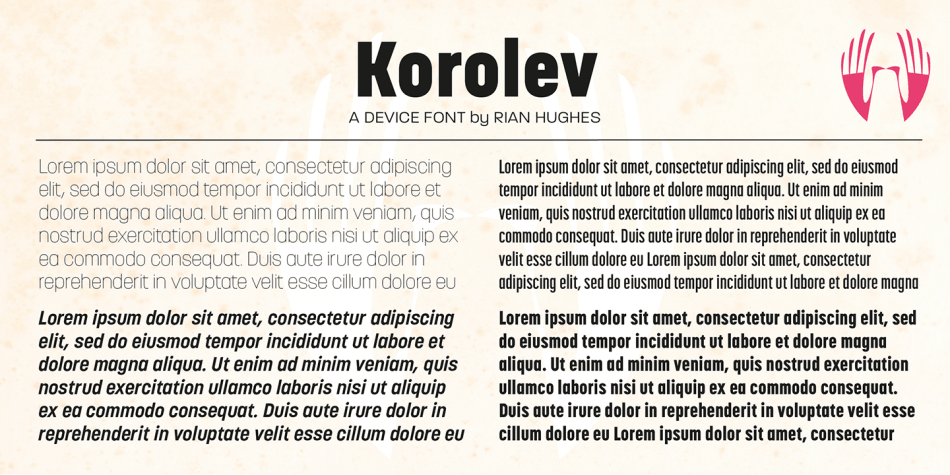 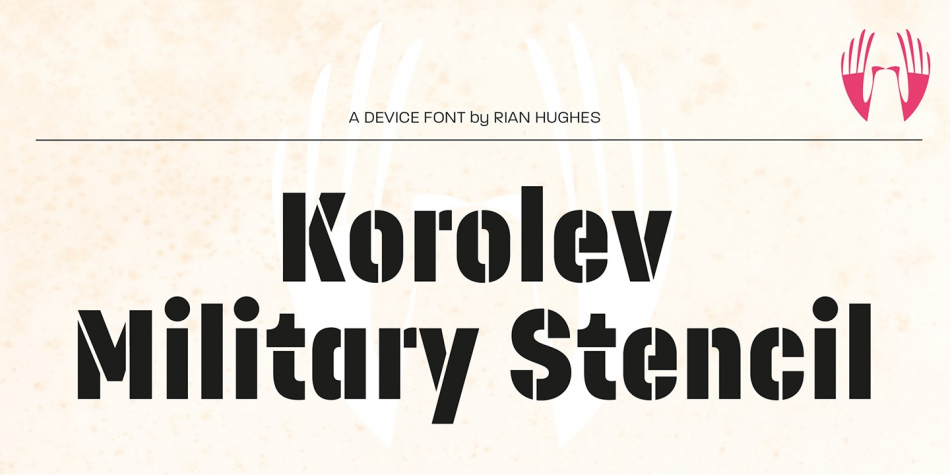 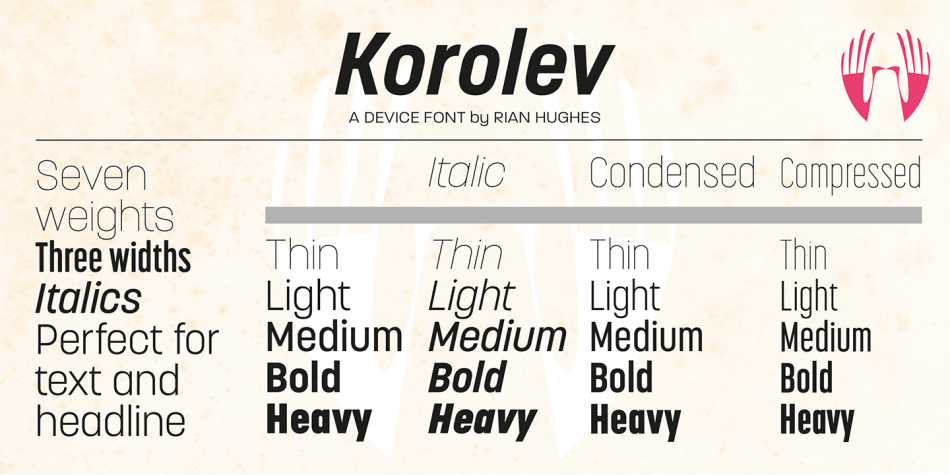 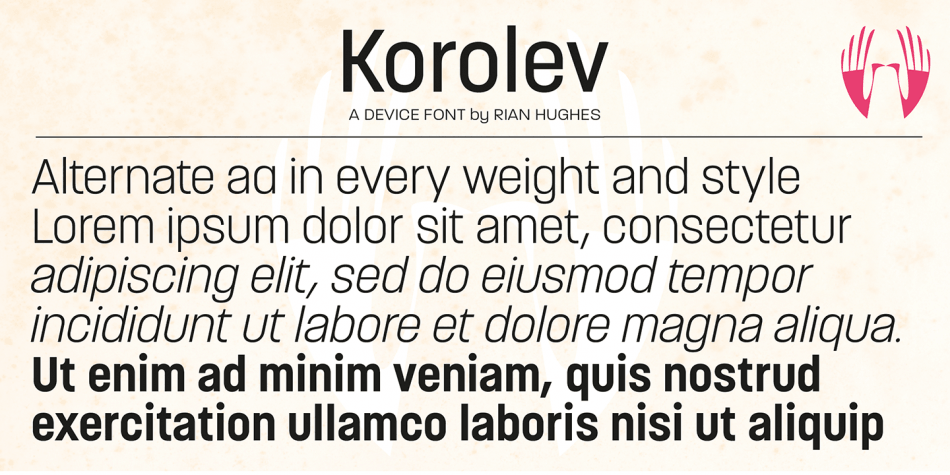 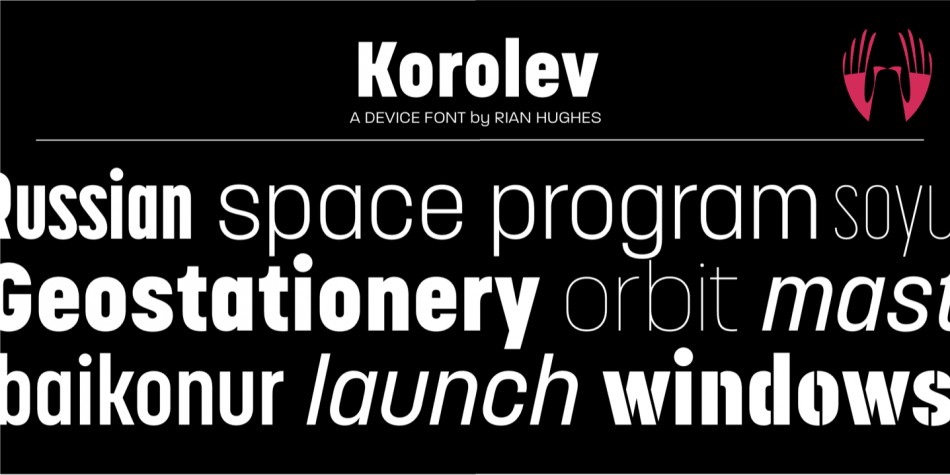 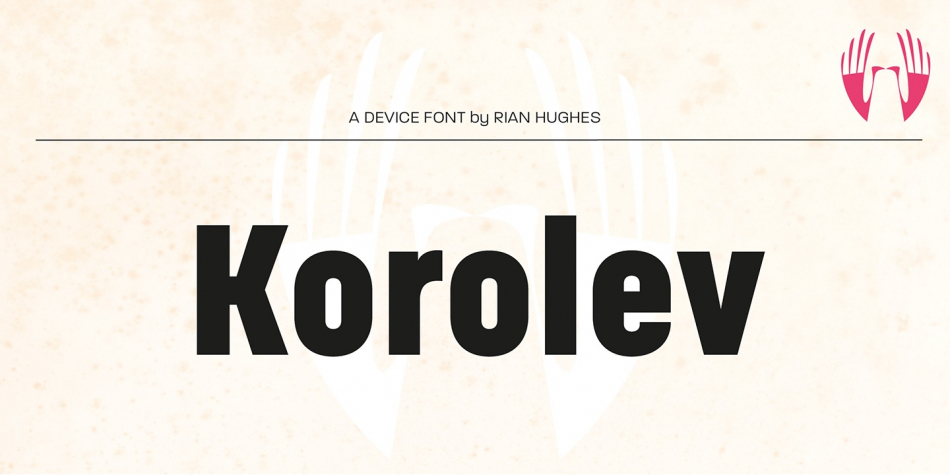 Designed by Rian Hughes, Korolev is a sans serif font family. This typeface has seventy-two styles and was published by Device. 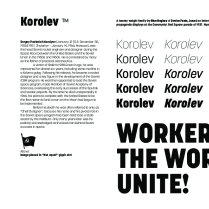 Korolev is a 20 weight sans serif family based on lettering by an anonymous Soviet graphic designer from the propaganda displays at the Communist Red Square parade in 1937. It has been named in honor of Sergey Pavlovich Korolyov, or Korolev, considered by many to be the father of practical astronomics.

Try the ‘rounded’ and ‘rough’ companion families. Every weight and style comes with an alternate double-story “a”.

Tracings done in Illustrator over a photograph featuring this type pinned down some of the basic character shapes. These were then imported into FontLab, where the full glyph complement was developed. The lower-case has been designed from scratch, and adheres to the structural logic of the uppercase as closely as possible. The complete Korolev super-family includes standard, italic, condensed, and compressed versions, each in five weights.