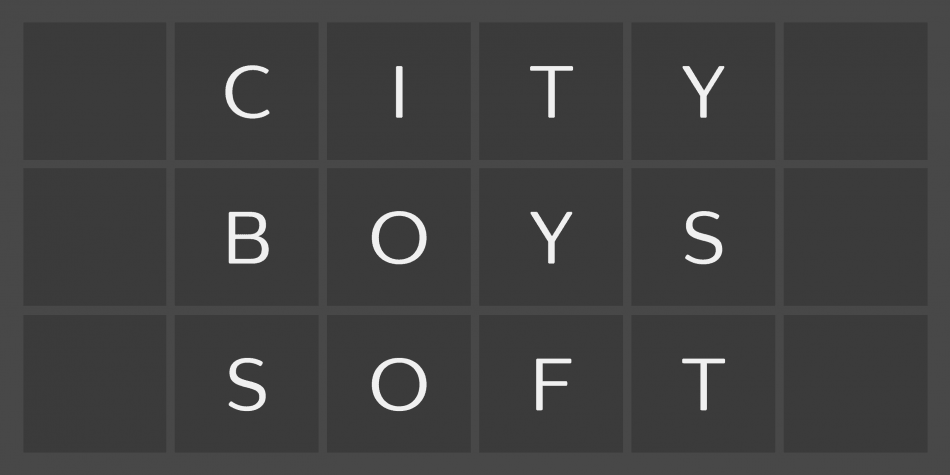 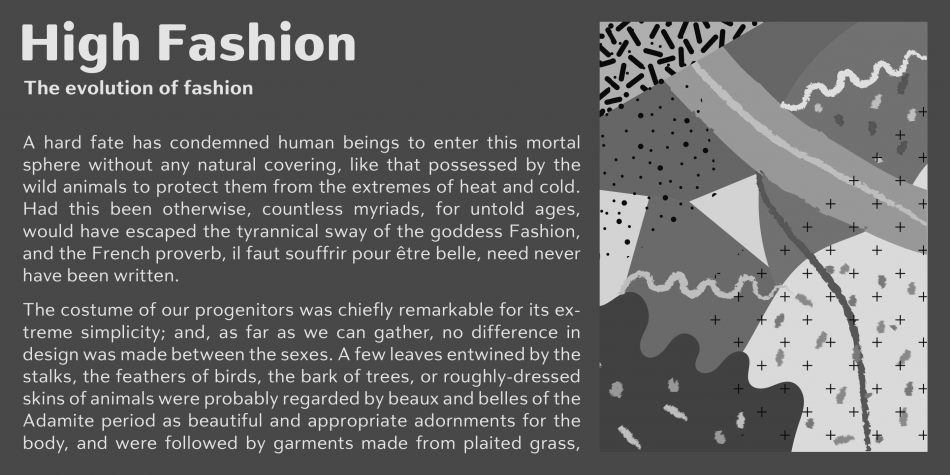 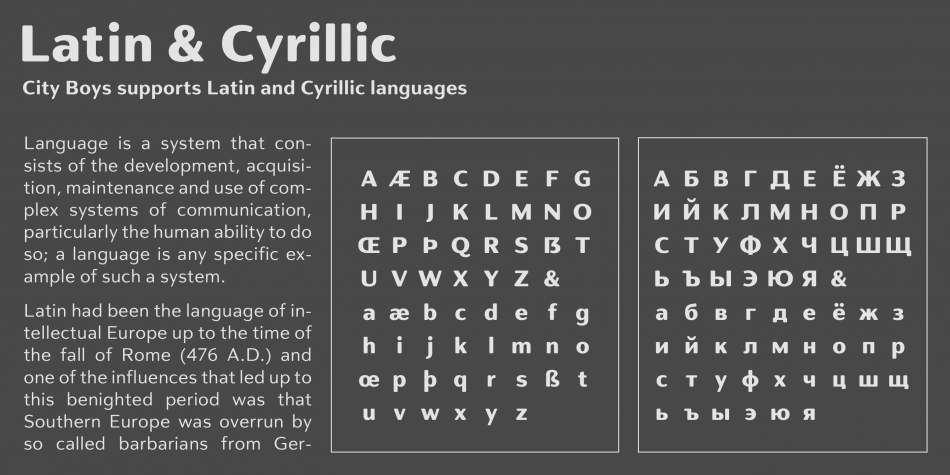 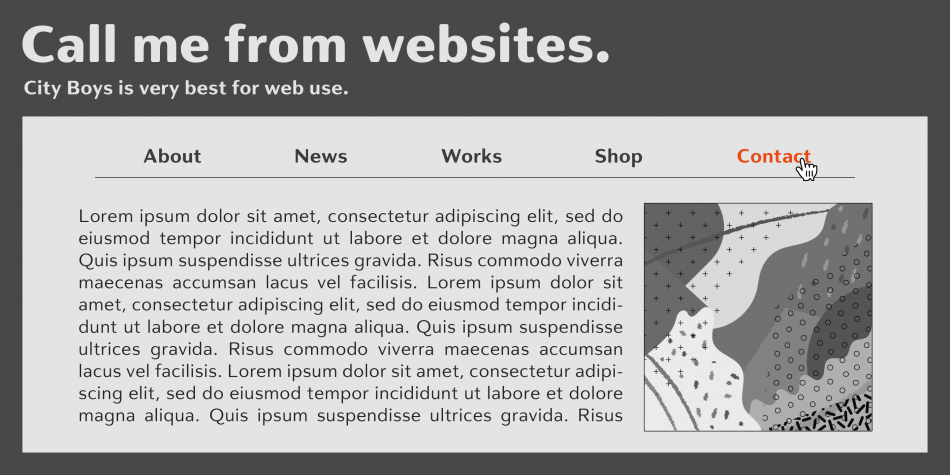 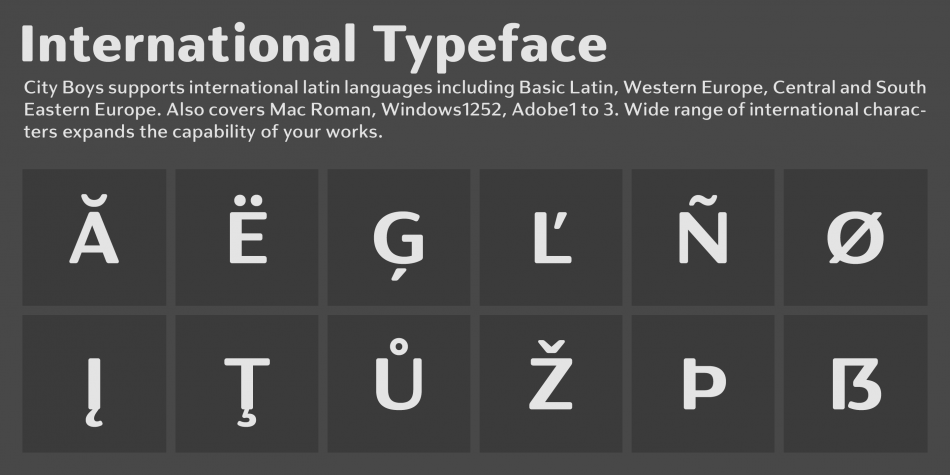 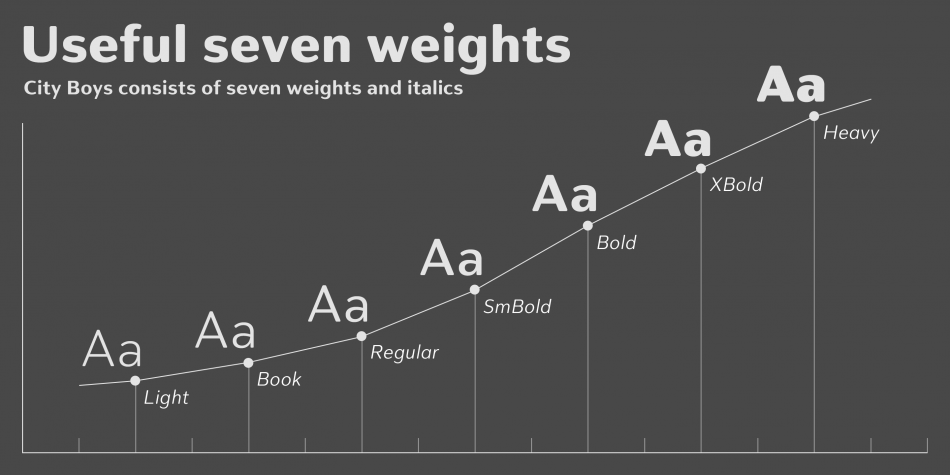 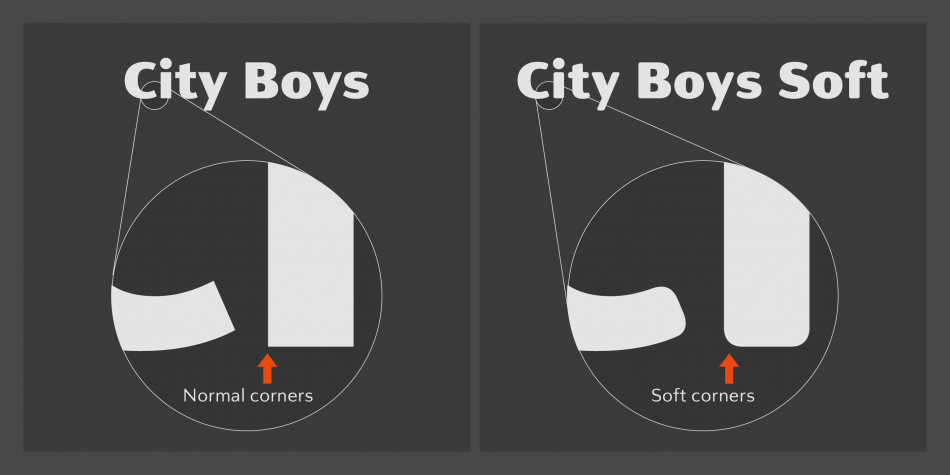 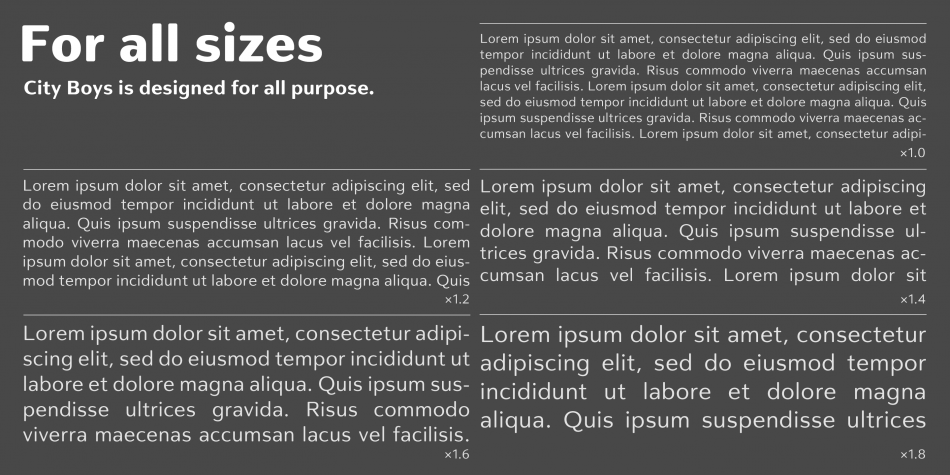 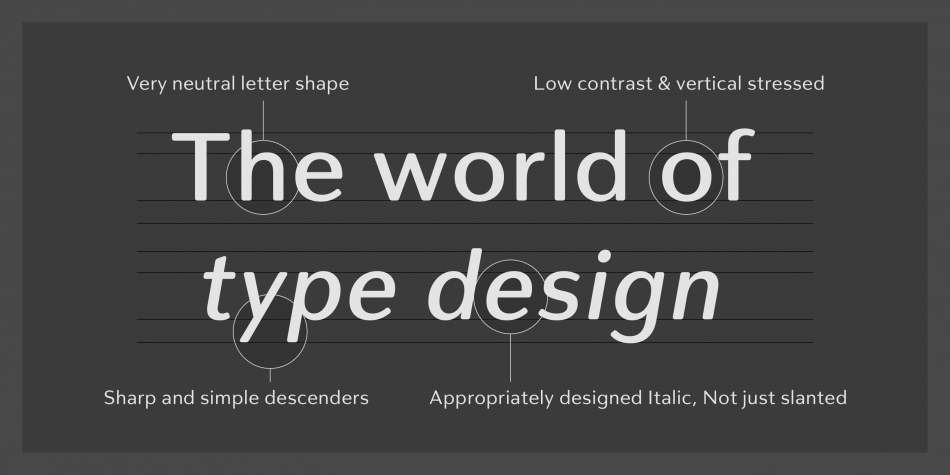 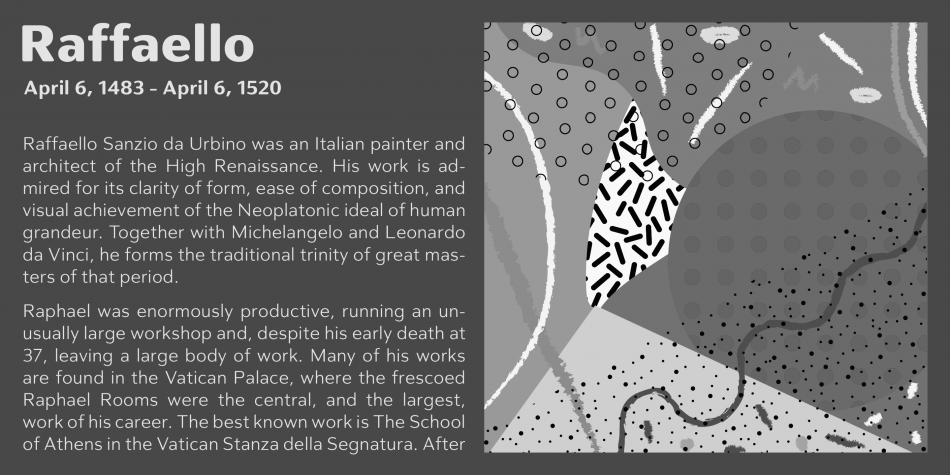 Designed by Ryoichi Tsunekawa, City Boys Soft is a sans serif font family. This typeface has fourteen styles and was published by Dharma Type.

City Boys Soft is a fashionable contrasted sans-serif that can be used in almost any situation.

City Boys has basic, natural and neutral letterforms and skeletons for a wide range of usage.
The glyphs are somewhat humanist yet they have vertical stress for modern and sophisticated impression.
The ratio of the contrast was carefully designed for modern usage –websites, digital, printings and merchandises–.

City Boys is a normal corner version of this City Boys Soft.