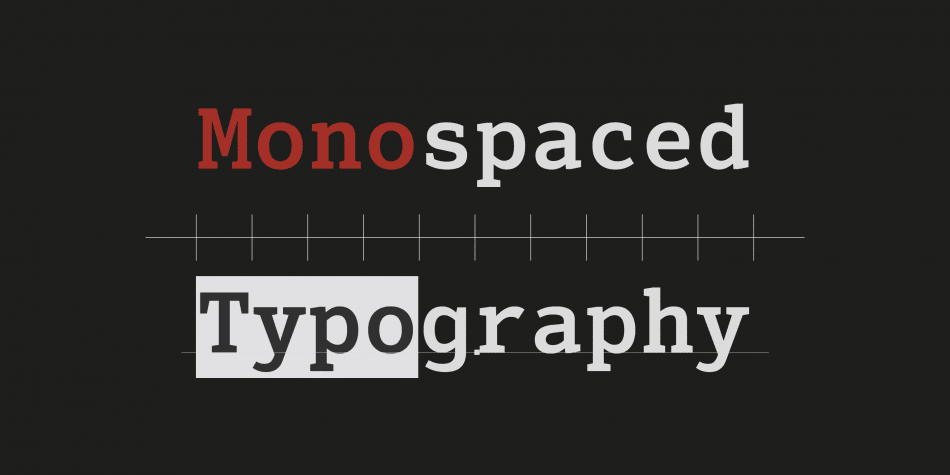 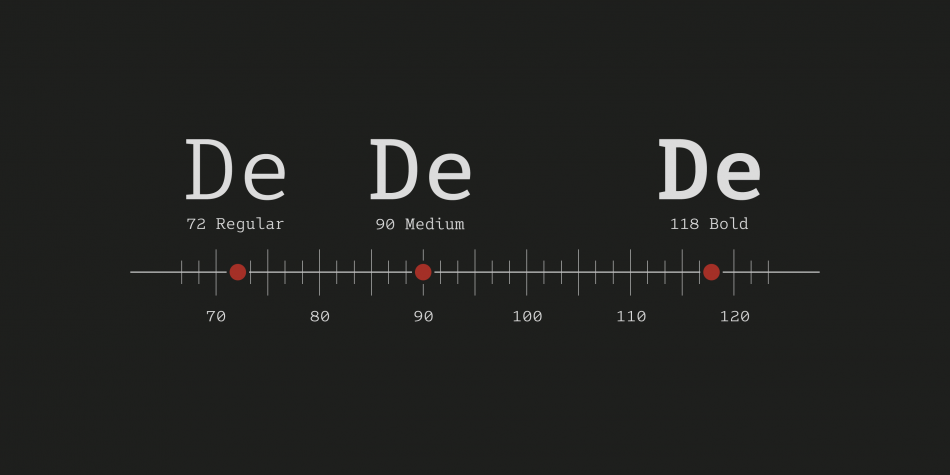 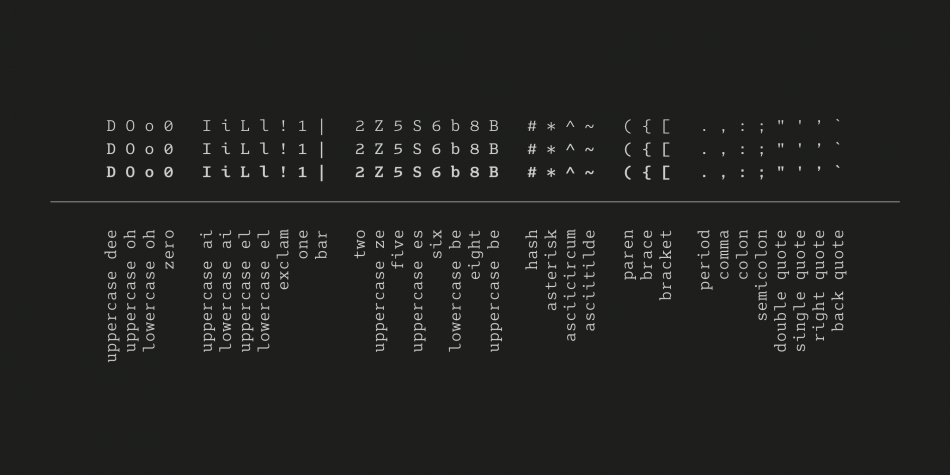 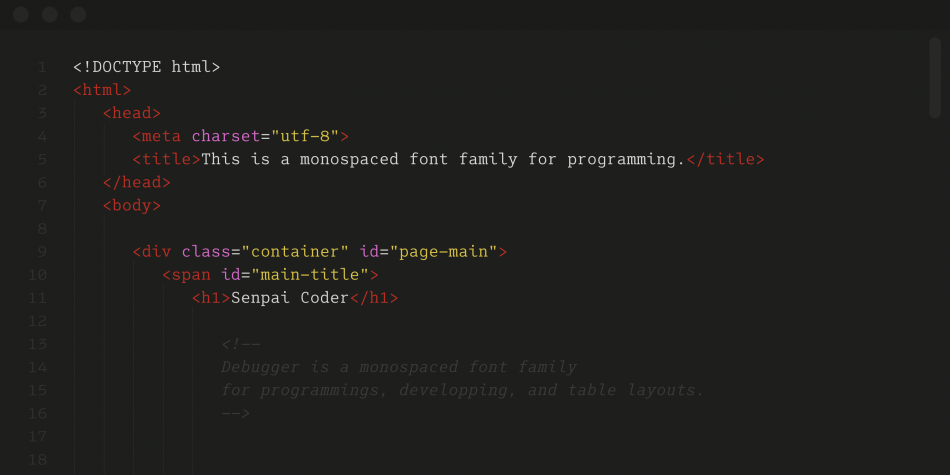 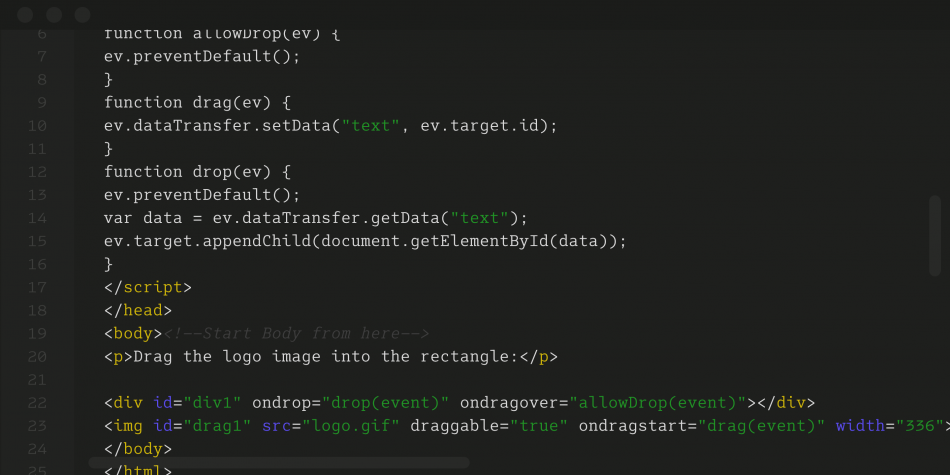 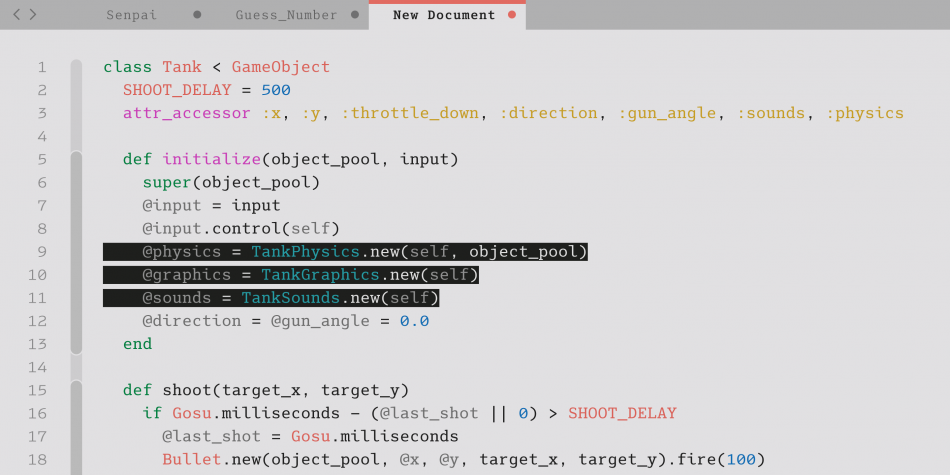 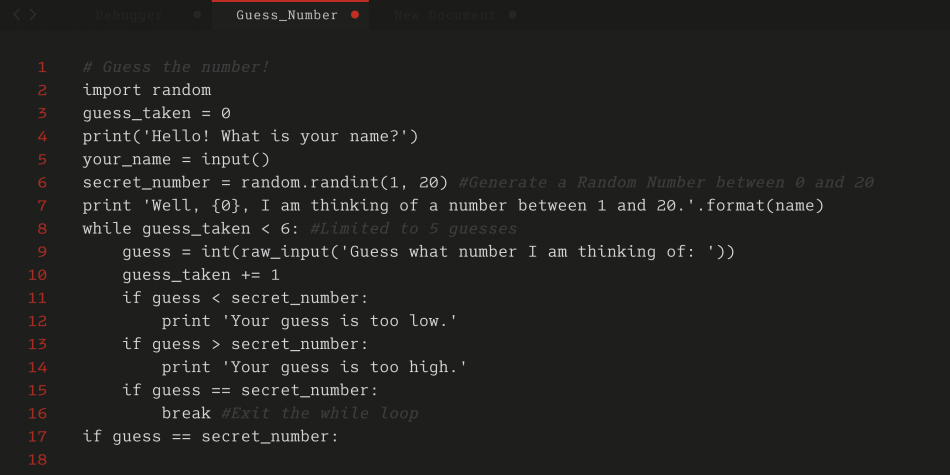 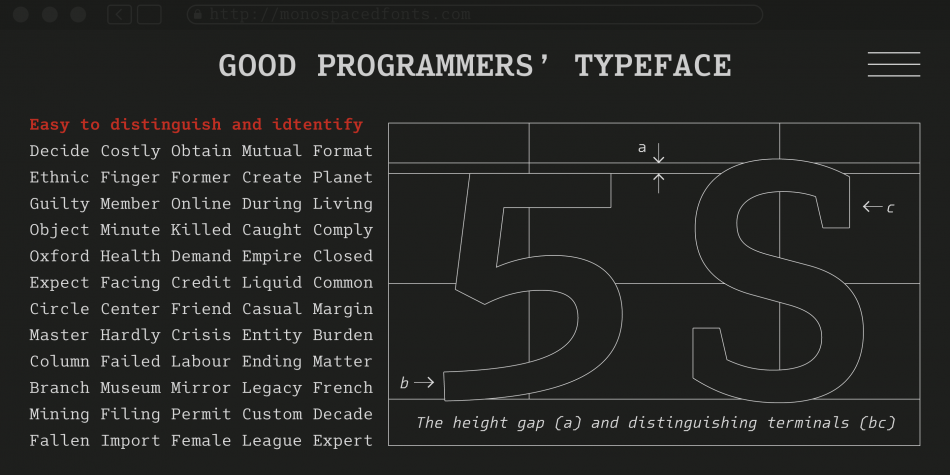 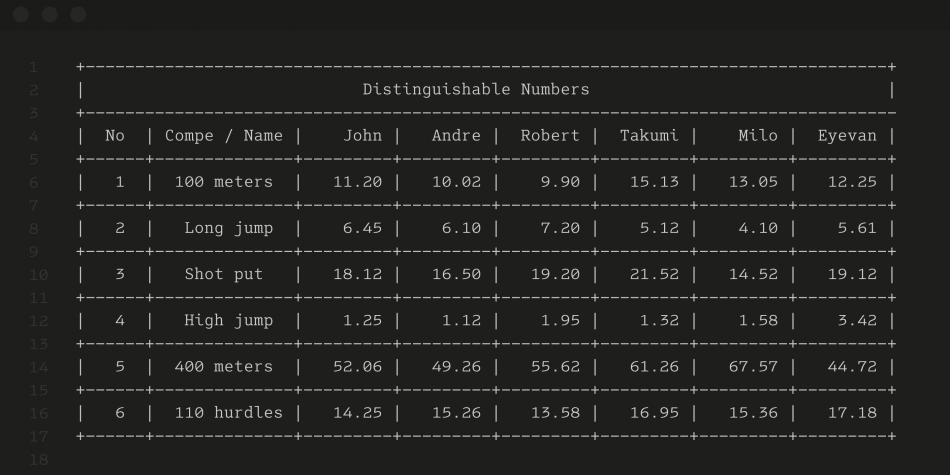 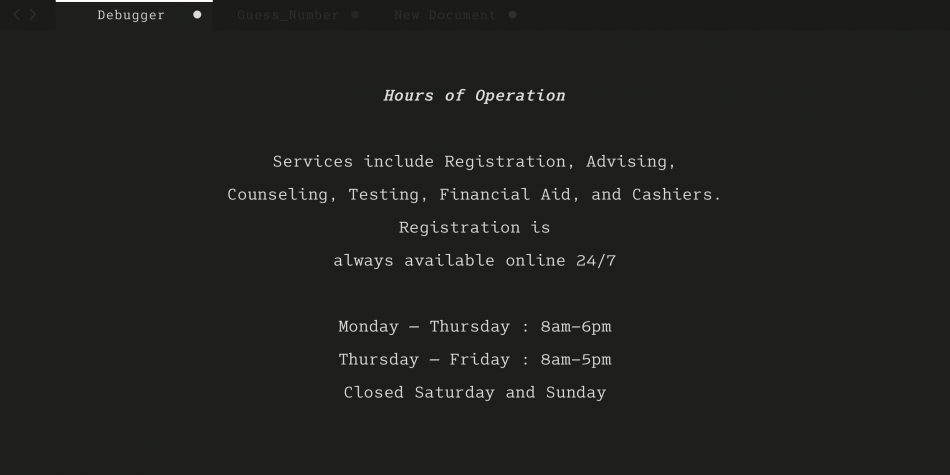 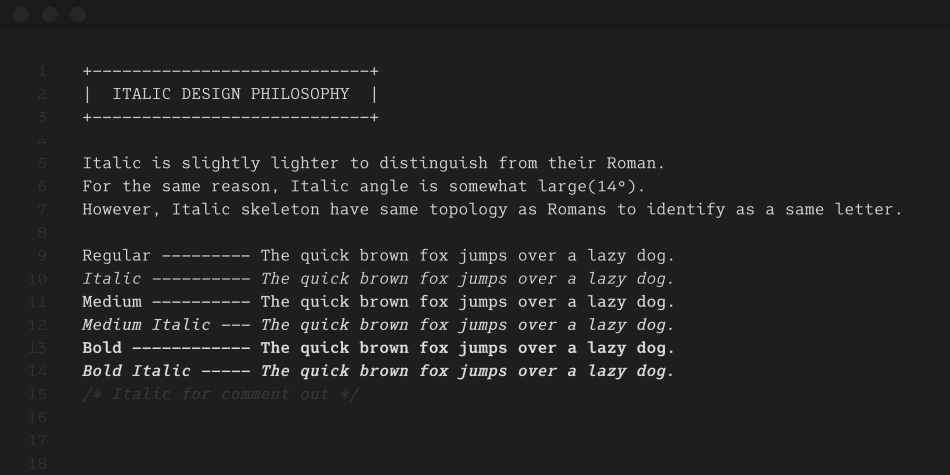 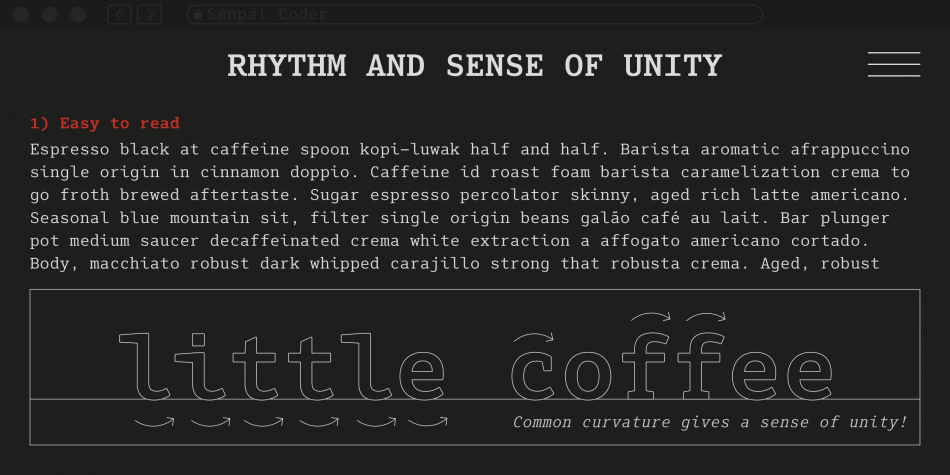 Designed by Ryoichi Tsunekawa, Senpai Coder is a slab serif and typewriter font family. This typeface has six styles and was published by Dharma Type.

Senpai Coder is a family of typewrighter-style monospaced font for developing, programming, coding, and table layout.

Some desirable features in monospaced fonts are listed below.

1. Easy to distinguish
2. Easy to identify
3. Easy to read

Senpai Coder has very distinguishing letterforms for confusable letters such as Zero&Oh, One&I, and Two&Z. A lot of ingenuity makes this family very distinguishable.
Italics have somewhat large inclination angle to be distinguished from their Roman. For the same reason, Italics are slightly lighter than Romans.

Italic is not cursive Italic. It is near the slanted Roman.
This is an intentional design to identify Italic letters.
Cursive is not suitable for programming font.

Typewriter letterform (serif) is good for reading.
Common elements for each letterform makes harmony and a sense of unity.