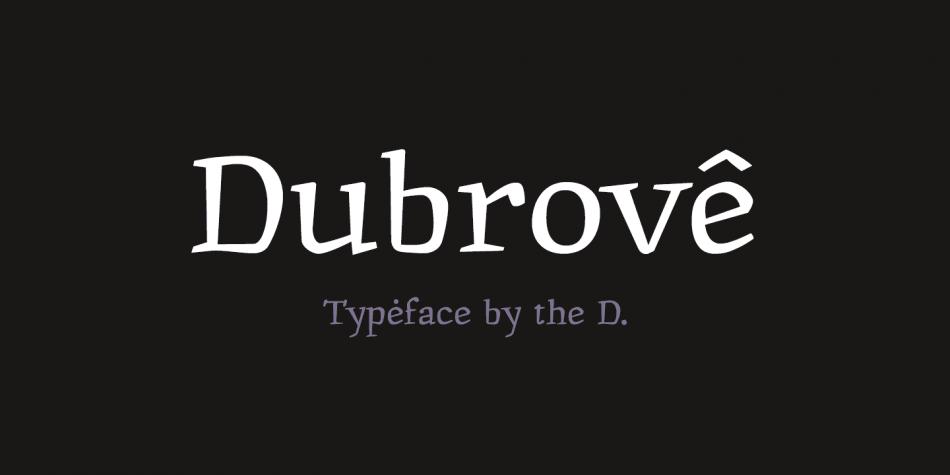 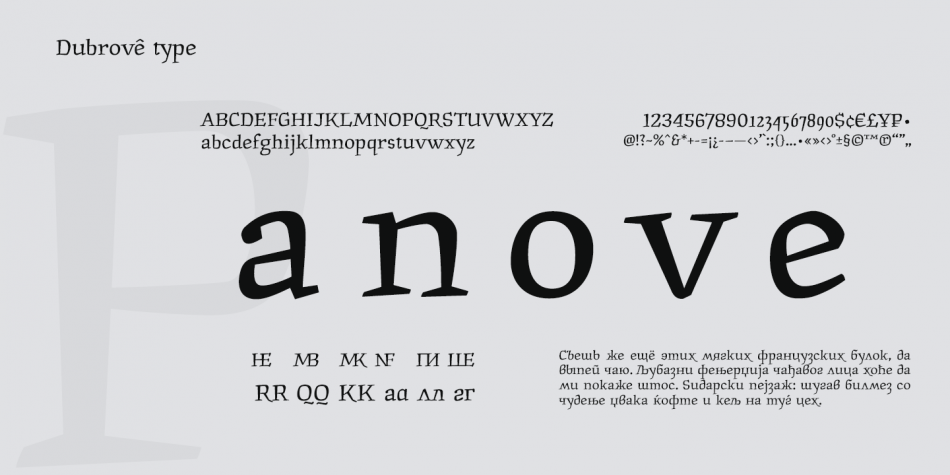 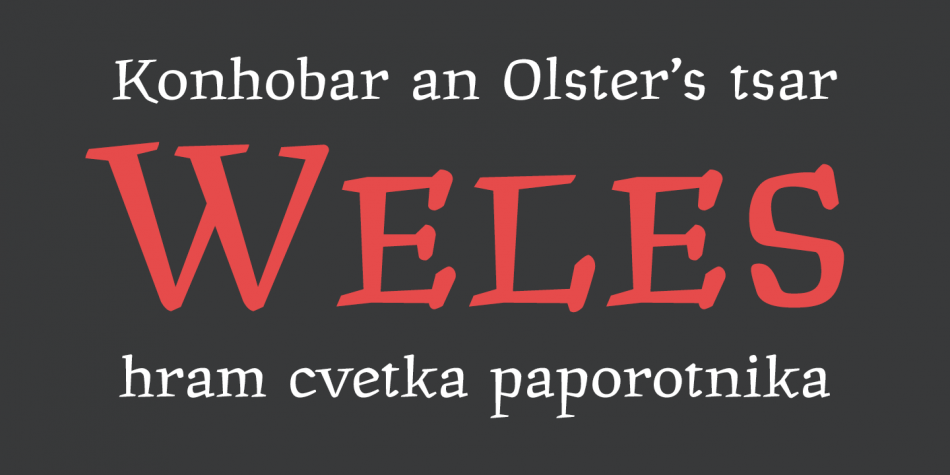 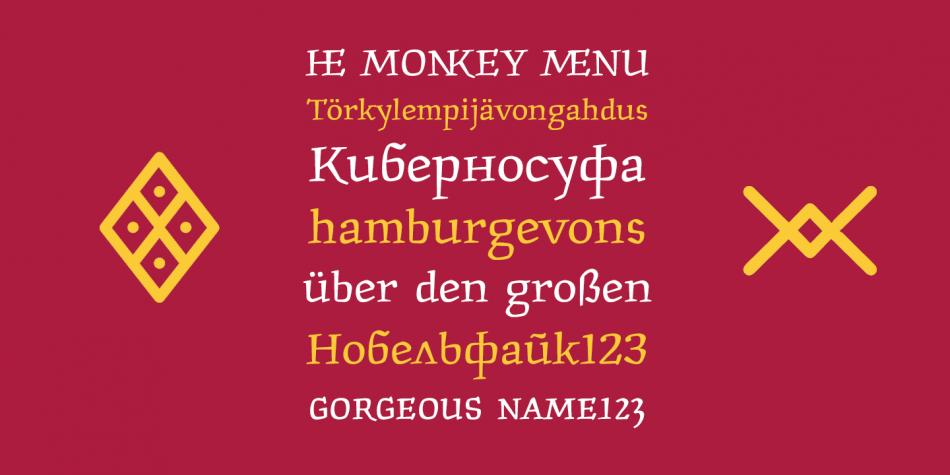 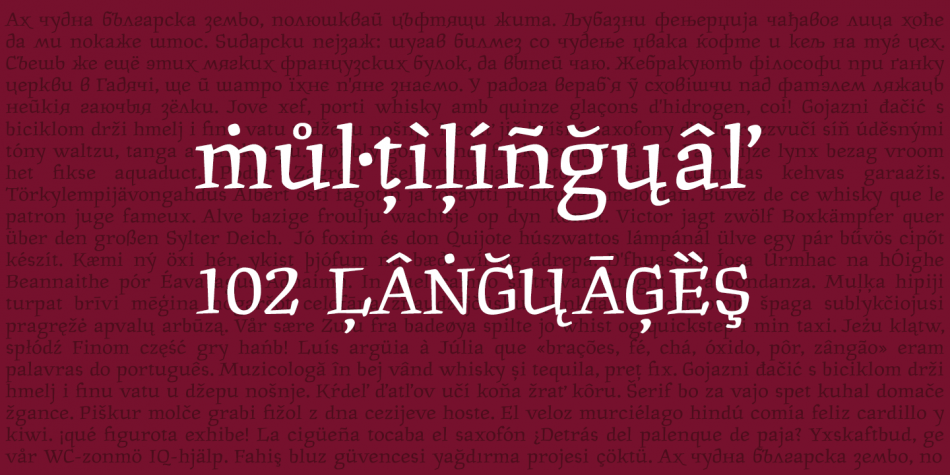 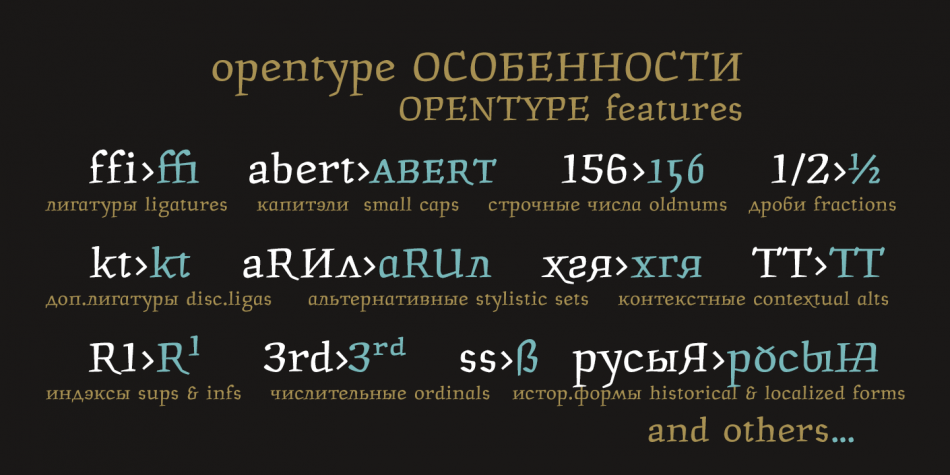 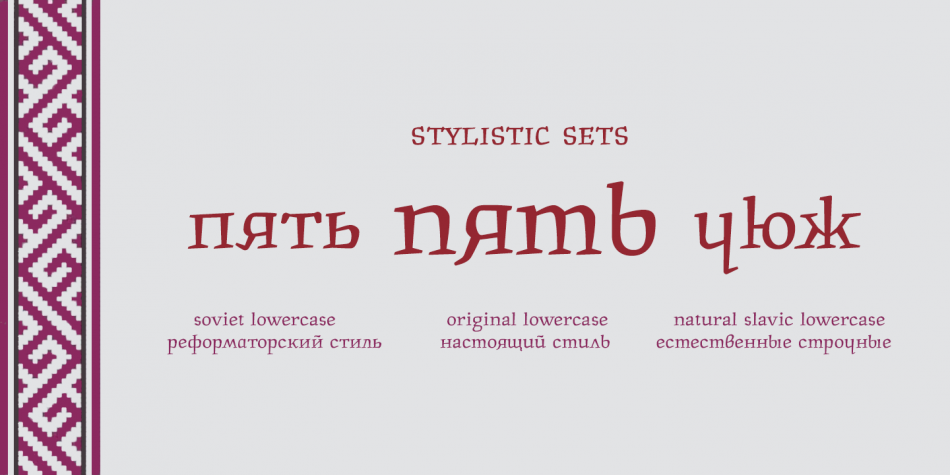 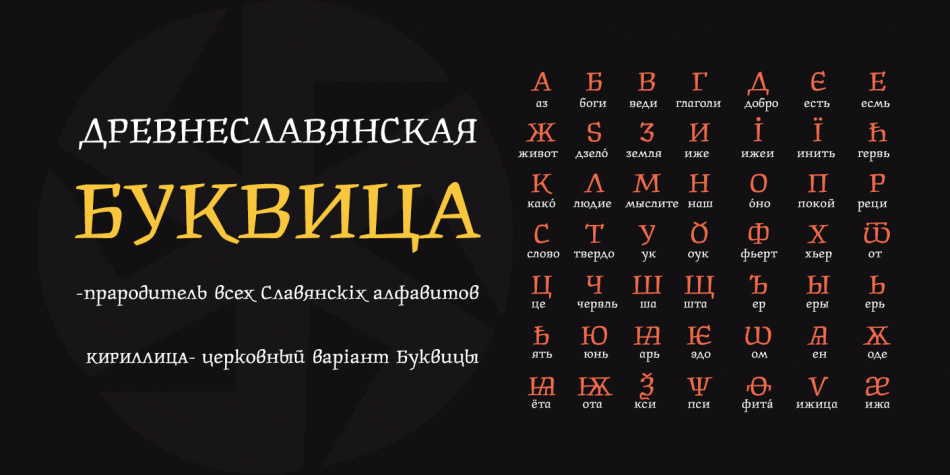 Dubrove is a serif font published by Dima Pole.

Dubrove is a wedge serif typeface inspired by Moravian (Czech) type design of 1930-50s. The character font is expressive and a free, daring and graceful, delicious and attractive.

Here are more than 1100 glyphs, all 102 European languages, all Ancient Slavic Alphabet (49 characters), Latin and Slavic small capitals and OpenType features with many solutions.
Dubrove has several stylistic sets, historical forms, localized forms of several languages, interest contextual ligatures and many other delicacies.

In addition, in Dubrove typeface made several stylistic sets of Slavonic lowercase letters. In addition to font basic style (in fact it is close to the natural lowercase character), is a traditional [ss02] set (postpreliminary, the Soviet Union, when most copy lowercase and uppercase) and lowercase the natural character [ss03], the style of which, in particular, is often used in the Bulgarian script.