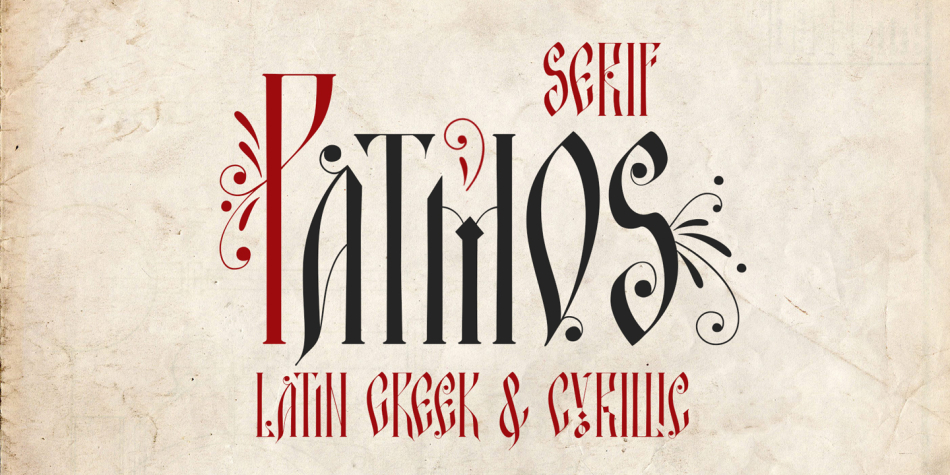 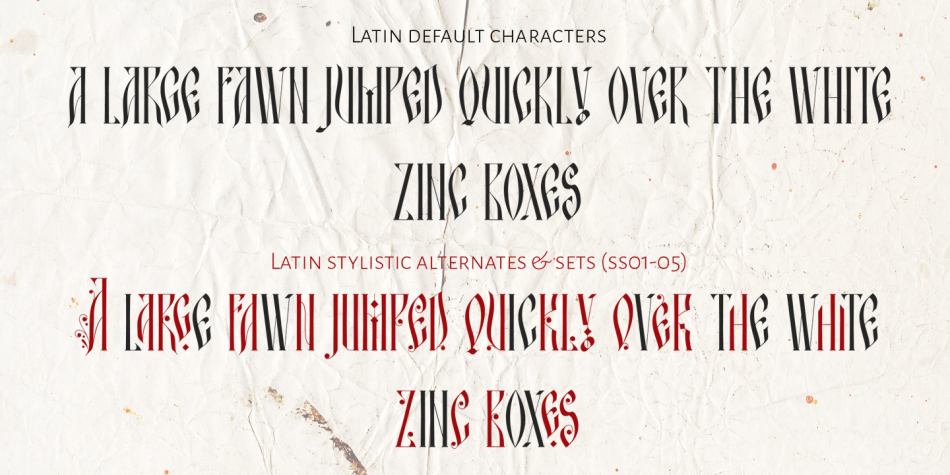 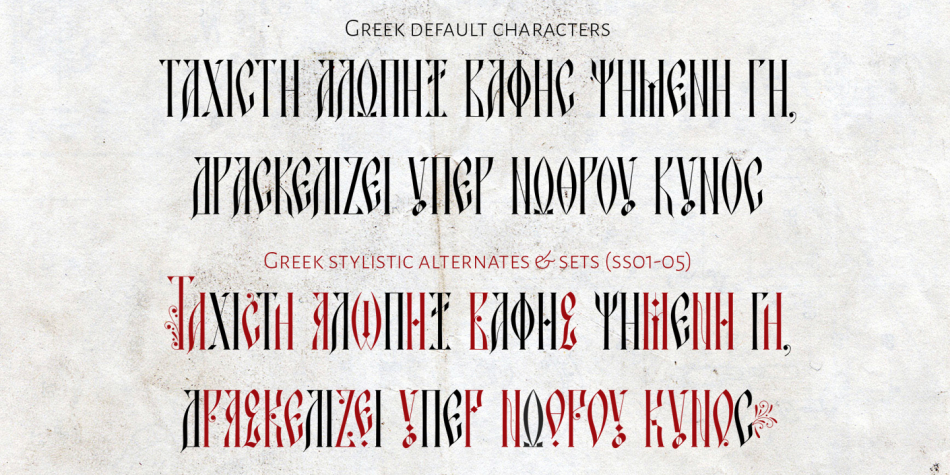 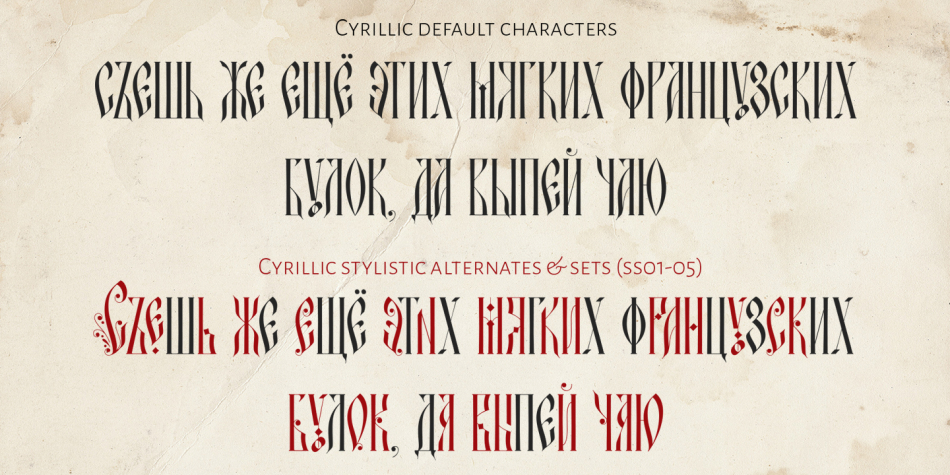 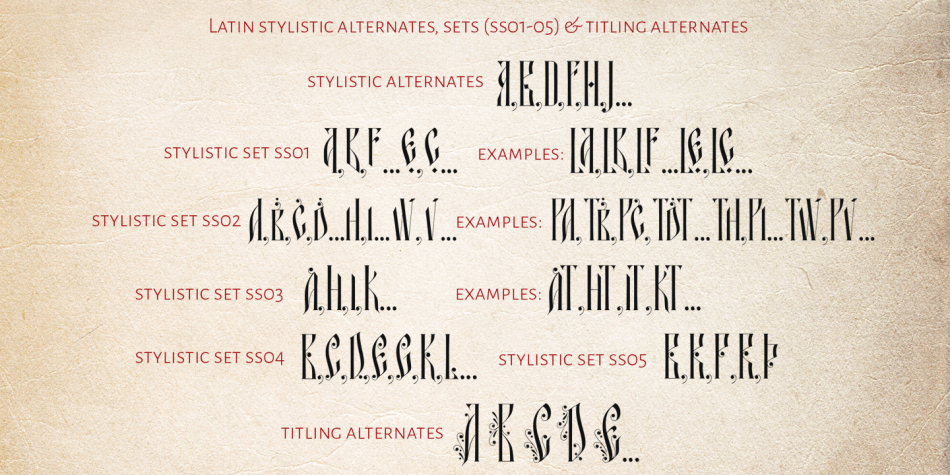 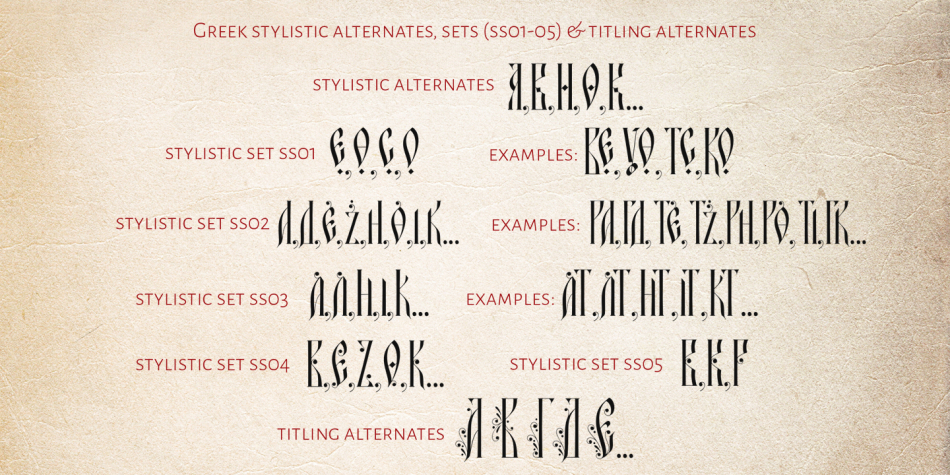 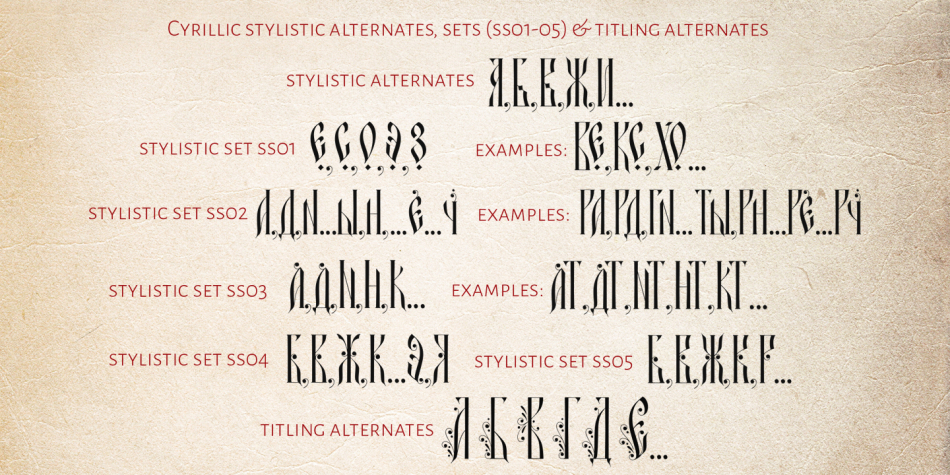 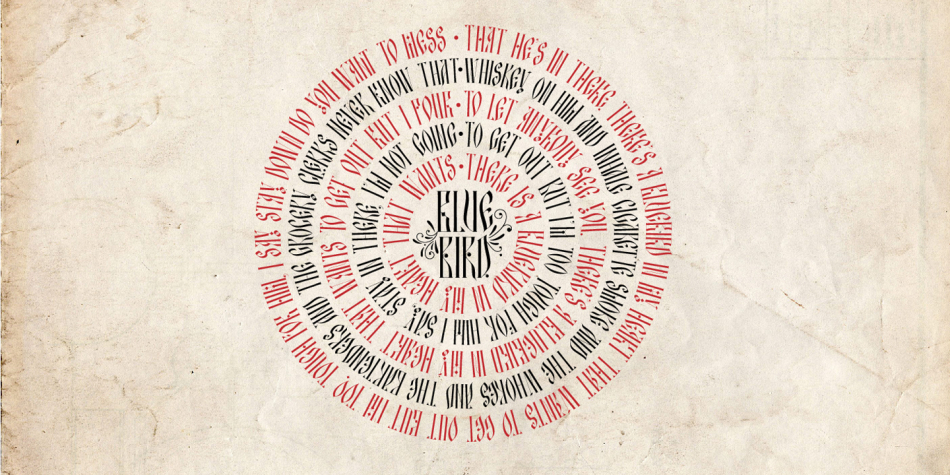 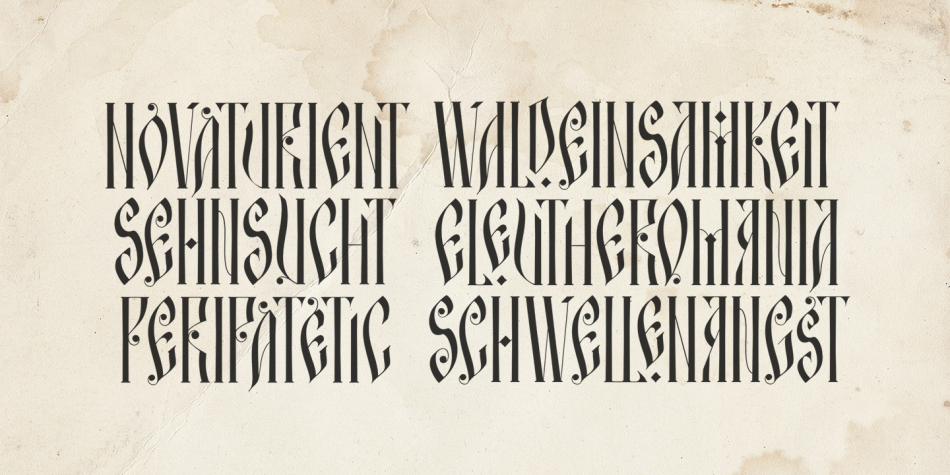 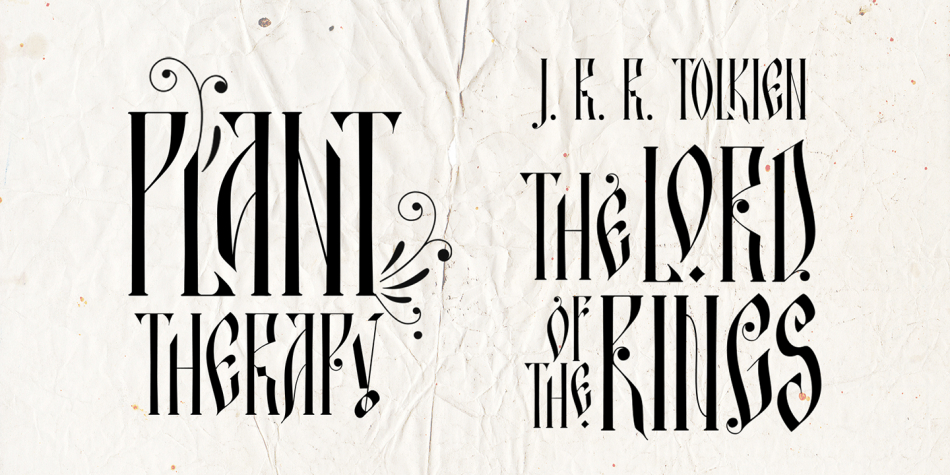 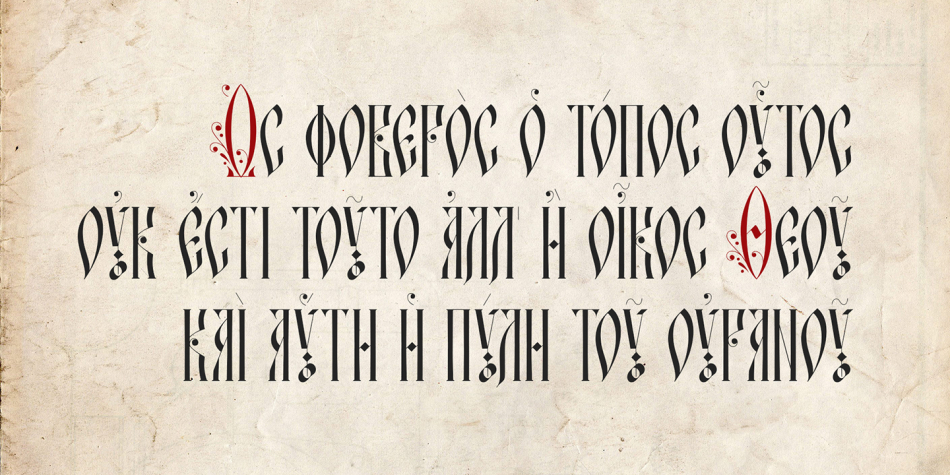 Designed by Anastasia Dimitriadi, Patmos Serif is a historical and dingbat font family. This typeface has two styles and was published by DimitriAna.

Patmos Serif is a hand drawn serif font, inspired by the art of the cyrillic calligraphy, as well as the script of the Greek Orthodox art. The font contains Latin, Greek and Cyrillic alphabets and it is delivered in Opentype and Truetype format. It supports Central, Eastern, Western European, Baltic, Turkish, Greek and Russian languages. Patmos Serif polytonic is an additional font that contains only Greek polytonic alphabet.
Patmos Serif has a variety of stylistic alternates and classes, titling altrenates, discretionary and standard ligatures. The font is fully unicode-mapped (PUA encoded). This means that you can still access the Open type features even if you don’t use a software that supports Open type fonts.
Decorative ornaments The standard ligatures are 4 decorative ornaments, that you may add at the end of a word and they match perfectly with the titling alternates. All you have to do is to make sure that ‘standard ligatures’ are activated in your application and then type d and a number from 1 to 4