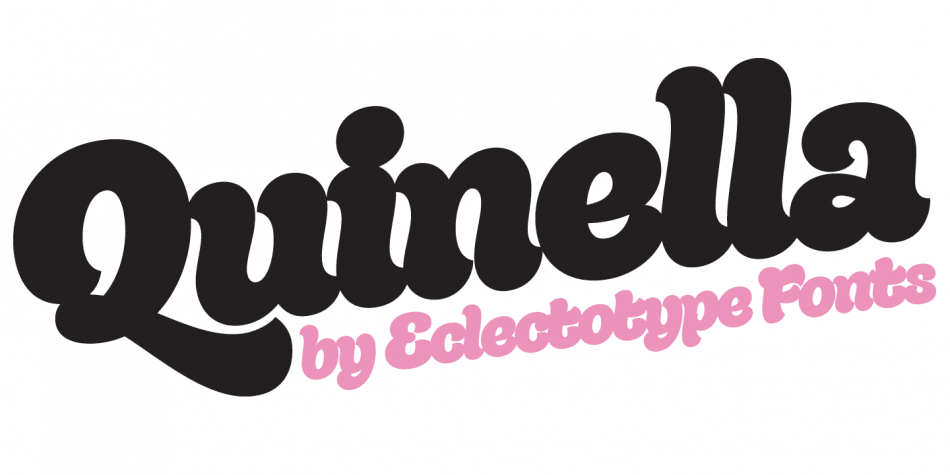 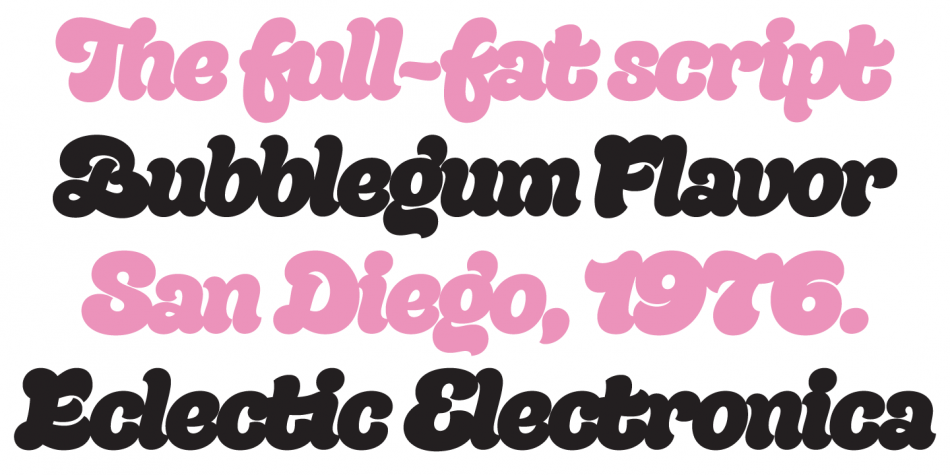 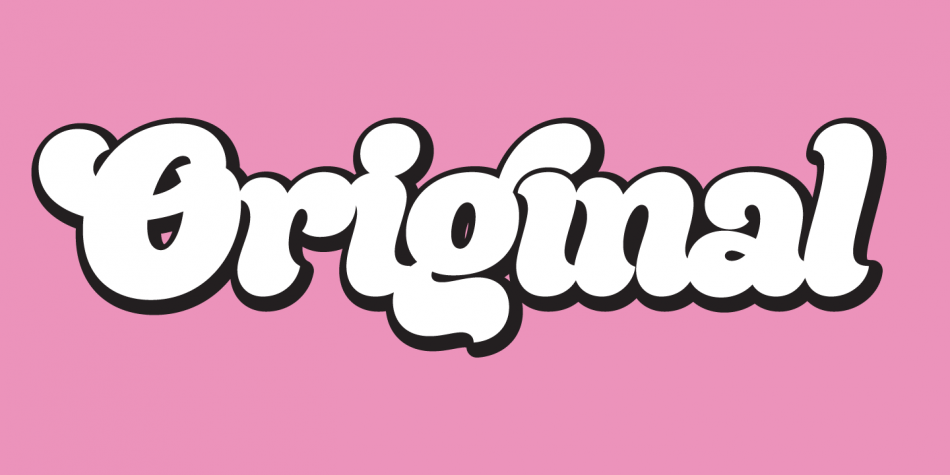 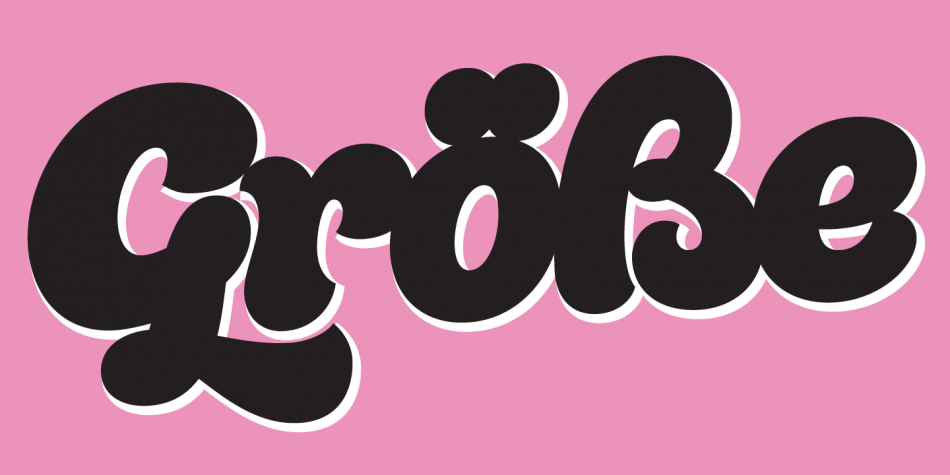 Quinella is a brush script font published by Schizotype Fonts.

Plumper than a misguided Z-lister’s dodgy lip job, this is Quinella, named after the cheffy scoops of ice cream and the like, quinelles. It’s a cute, fat script with a seventies vibe but a personality all of its own. It’s non-connecting in the usual sense, but the letters overlap to make the white space as tiny as possible. Ligatures (standard and discretionary) make smoother solutions for quite a few pairs and trios, and every upper case letter has a more exuberant swash alternate. The contextual alternates feature substitutes in an alternate t for a better fit with certain letters.

Fonts don’t come much more voluptuous than this. The full-fat, creamy appearance makes it perfect for food packaging, but don’t let it end there; it’ll make memorable logos, unmissable headlines, and posters with more punch.