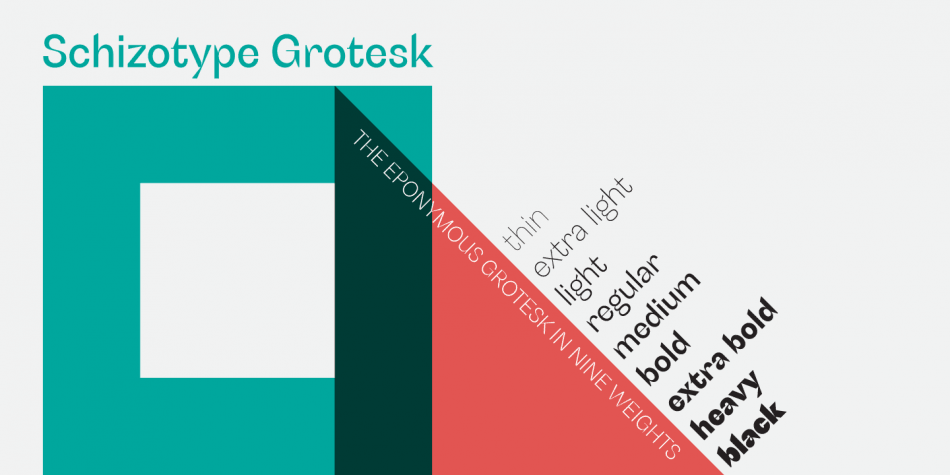 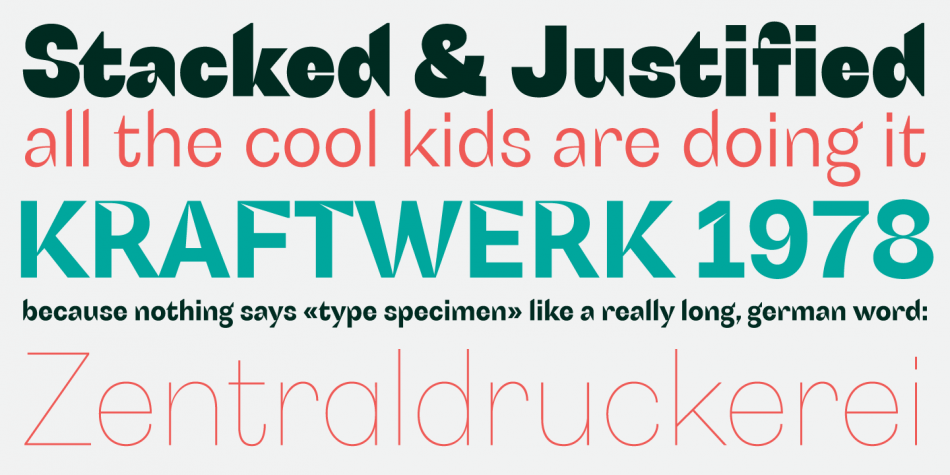 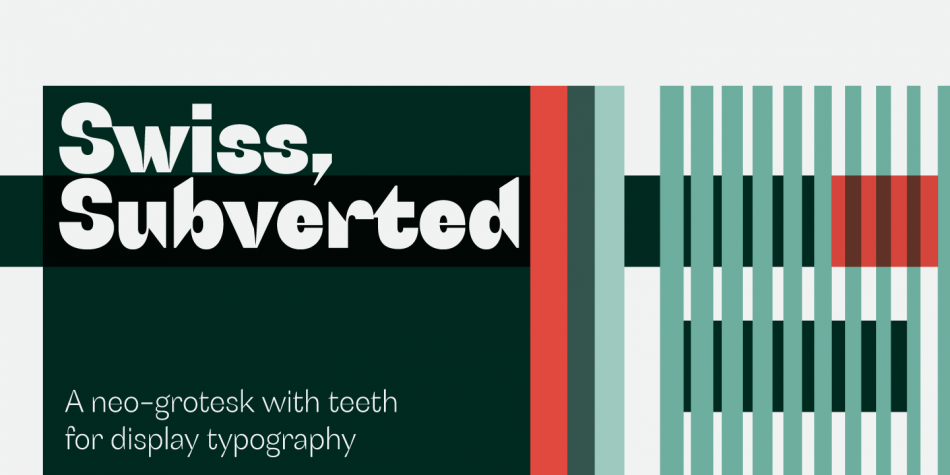 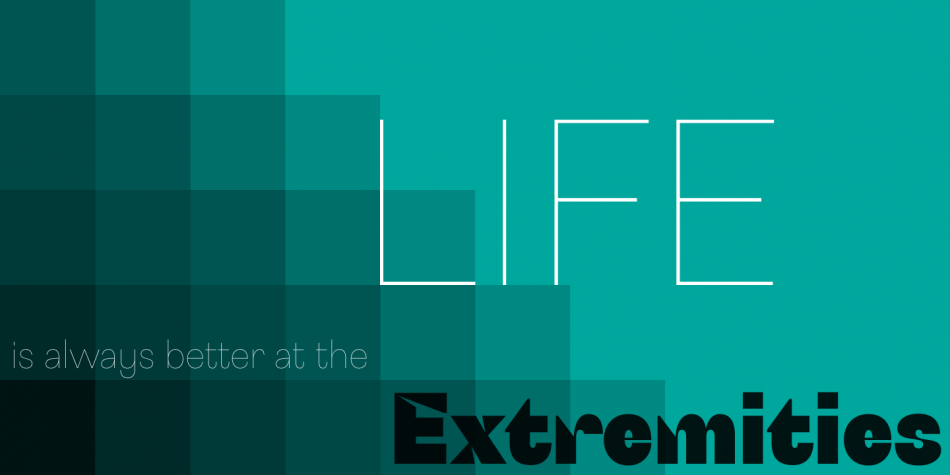 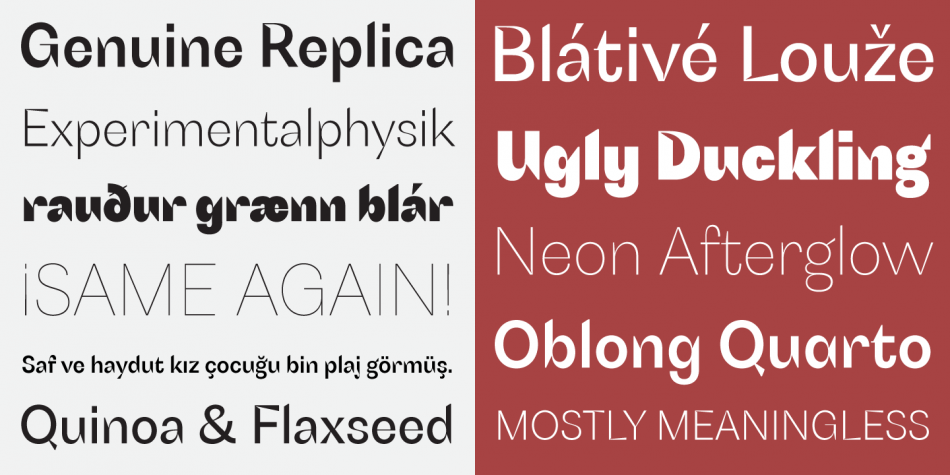 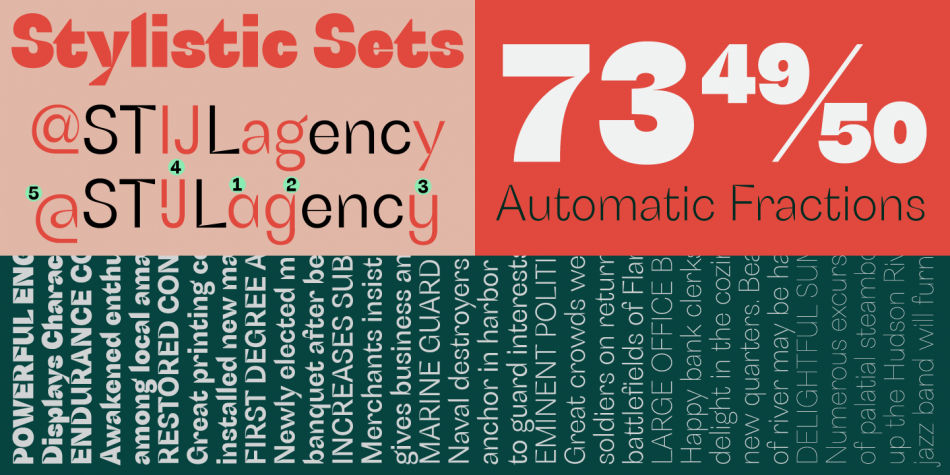 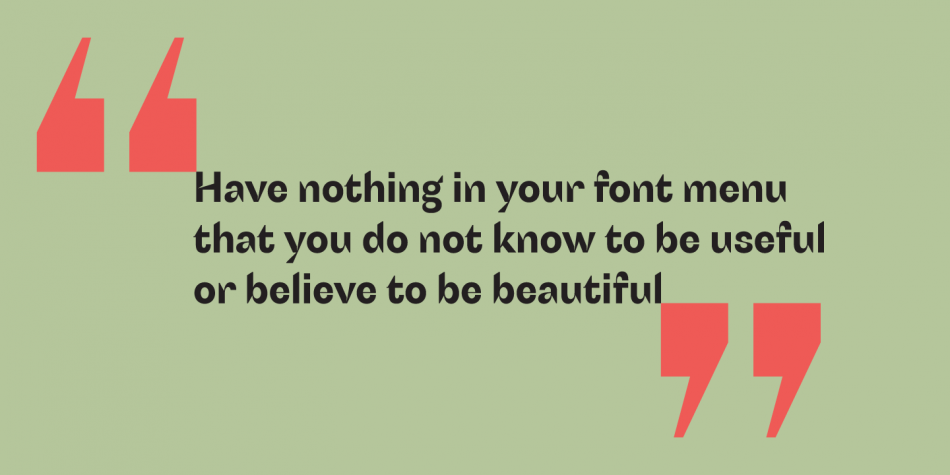 Schizotype Grotesk is a display sans font family. This typeface has nine styles and was published by Schizotype Fonts.

A neo-grotesk with a bit more bite, this is Schizotype Grotesk (after Eclectotype’s former name). It’s not your usual grot; this is purely display typography. Notches cut deep into the letterforms and the thick/thin contrast isn’t always where you might expect. It’s intended to be a challenging typeface - not beautiful or particularly ‘useful’ in any conventional sense, but it is at the very least interesting.

In a world where everyone and their dog has their own grotesk offering, perhaps being interesting and that little bit different is in itself enough to give the face its utility. Besides, beauty is in the eye of the beholder. What really matters is what you think!

Schizotype Grotesk isn’t bogged down with a million and one OpenType features you’ll never use, but it does include proportional and tabular lining figures; automatic fractions; numerators and denominators; superscript and subscript numerals; case sensitive forms; and five stylistic sets that change [a], [g], [y], [IJ], and [@] respectively.