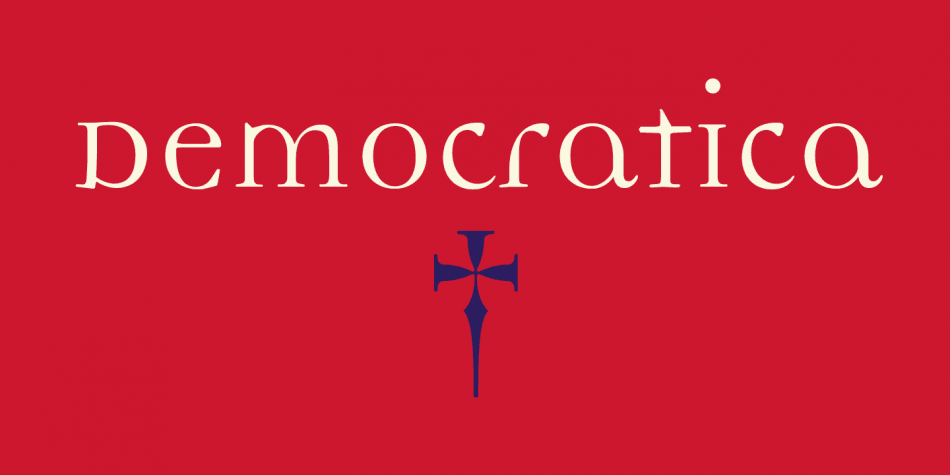 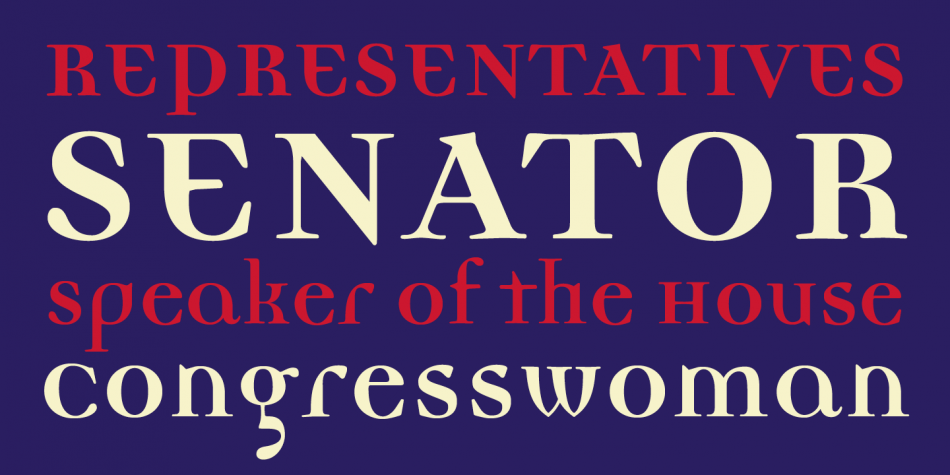 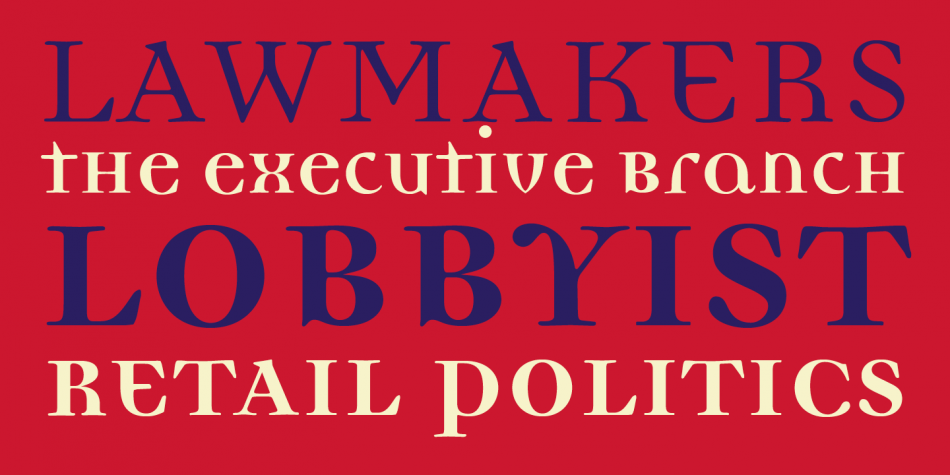 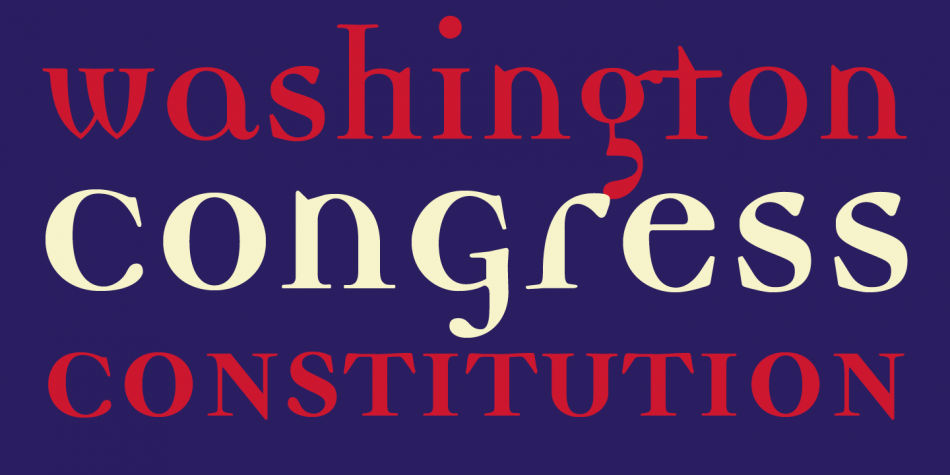 Designed by Miles Newlyn, Democratica is a historical and display serif font family. This typeface has two styles and was published by Emigre.

Democratica is a synthesis of the connections between the crude struggle for democracy in the former USSR and the crudeness of the many recent modular typeface designs. I tried to conceive the individual letters as people who wanted the same so called freedom of others but which was in actual fact just another set of rules. People were designing so many modular typefaces that it made me mad. The cut, copy & paste ethic of the Mac was often producing typefaces that were so unsympathetic to the Roman framework that what they emulated, seemed more akin in method to the gothic style of regulated textural pen strokes that preceded the humanistic trends of the Renaissance.