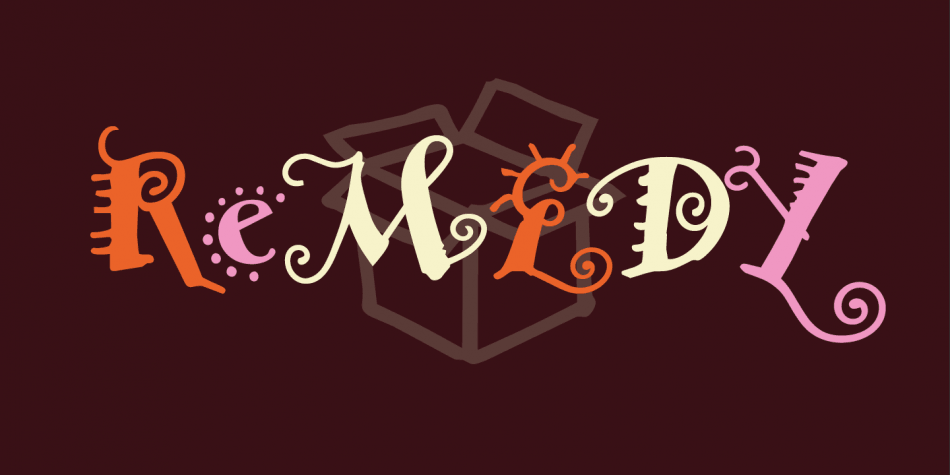 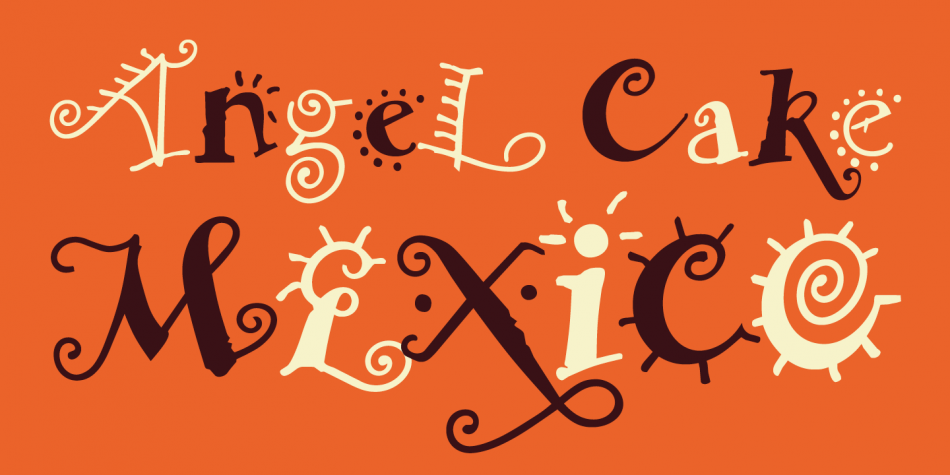 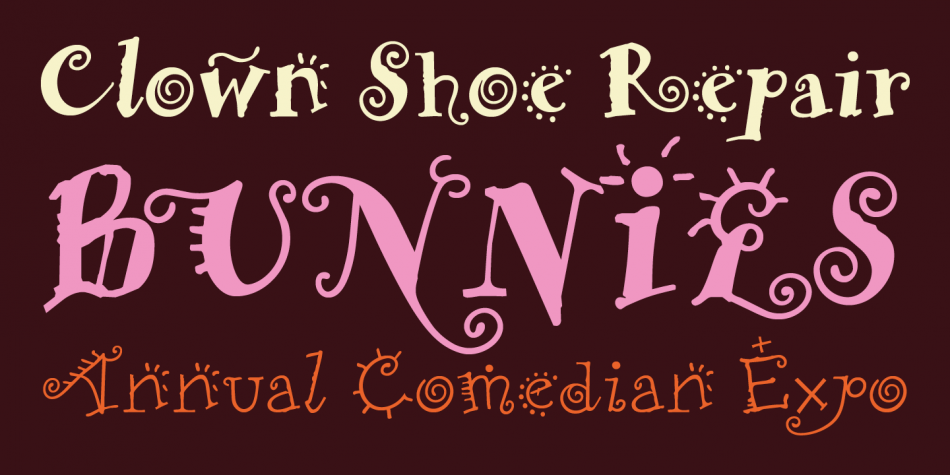 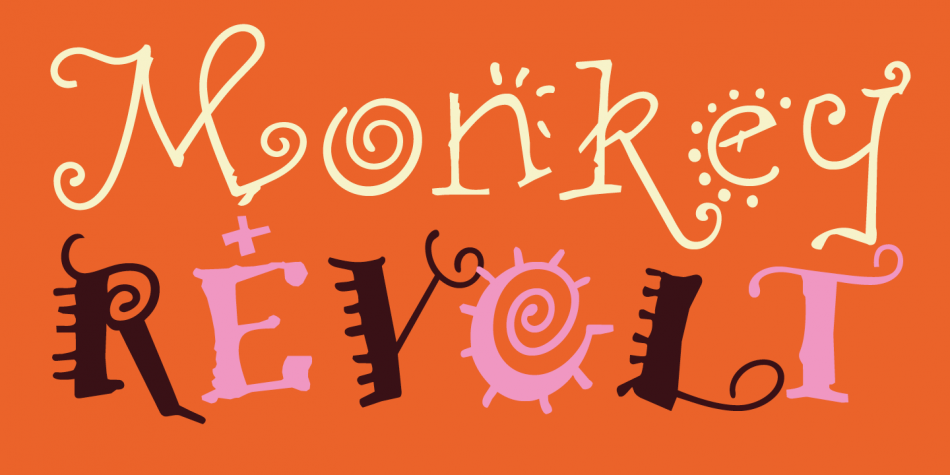 Designed by Frank Heine, Remedy is a kids font family. This typeface has two styles and was published by Emigre.

In 1988 the London-based Thunderjockeys, consisting of Graham Elliott and John England, designed an album cover for the New York metal band Living Colour. The logo they drew for this cover was either the inspiration for a number of such curlicue typefaces surfacing in those days, or was simply a harbinger of these creations destined to come out due to that period’s interest in 60’s and 70’s styles. Prince’s Graffiti Bridge, Dee-Lite’s World Clique and almost all of the Cure album covers are just a few examples displaying similar hand drawn type. Then, out of Stuttgart, Germany came “Remedy.” Created by Frank Heine, Remedy is by far the most thoroughly conceived design inspired by these influences.