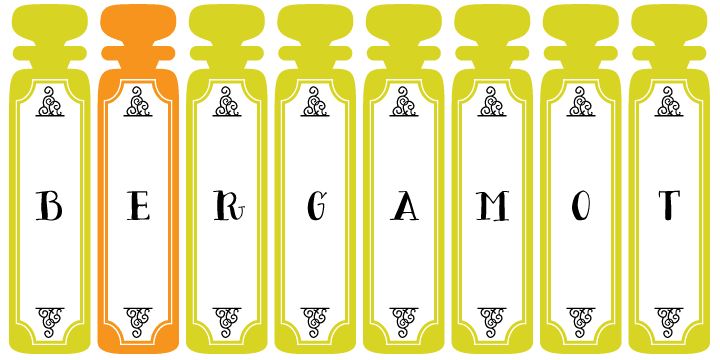 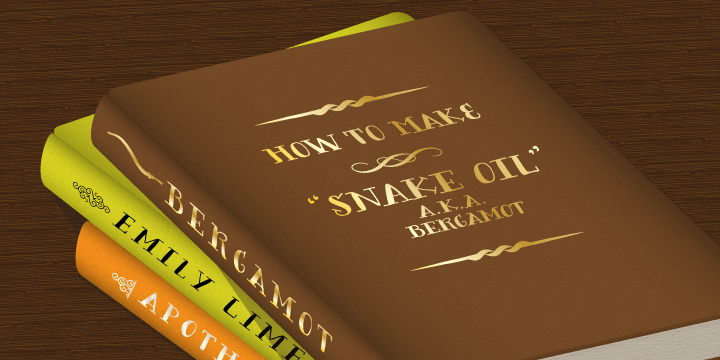 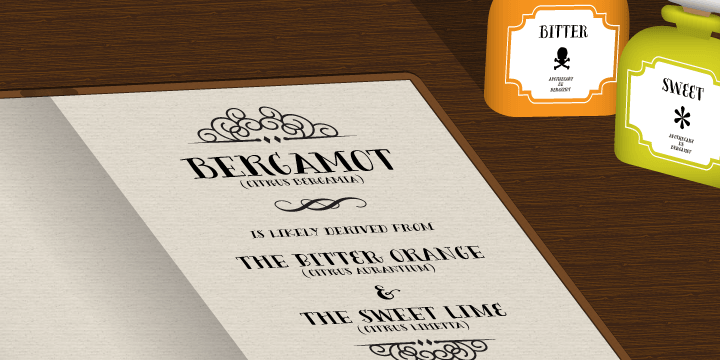 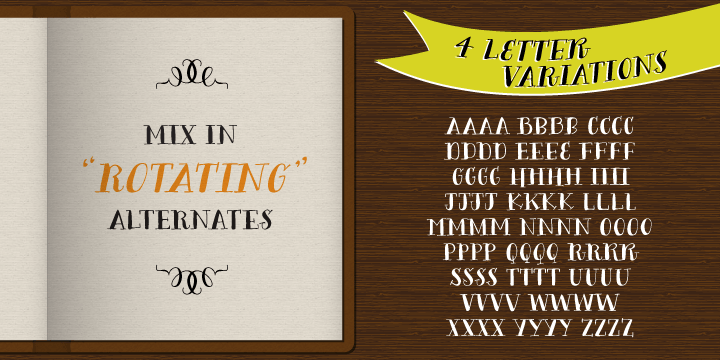 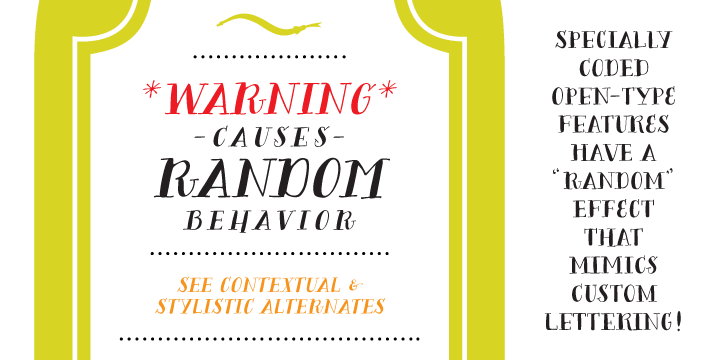 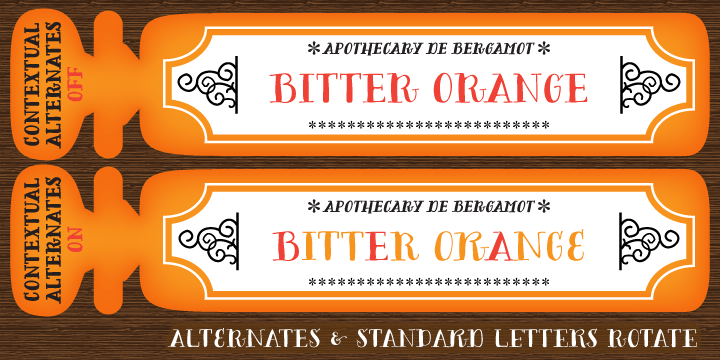 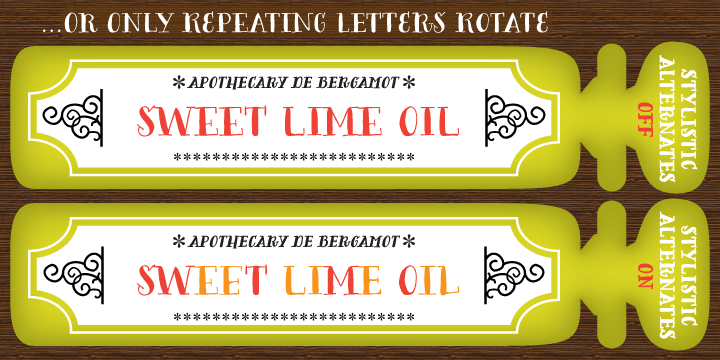 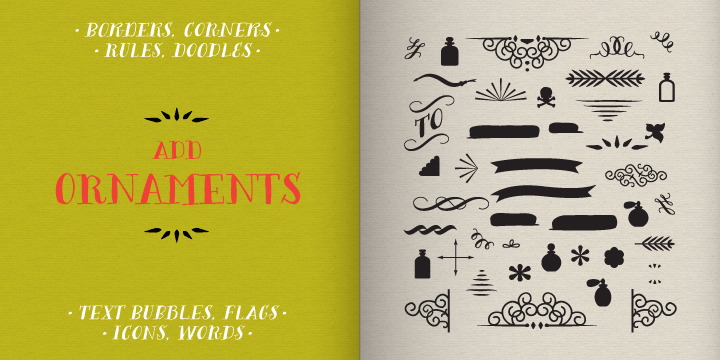 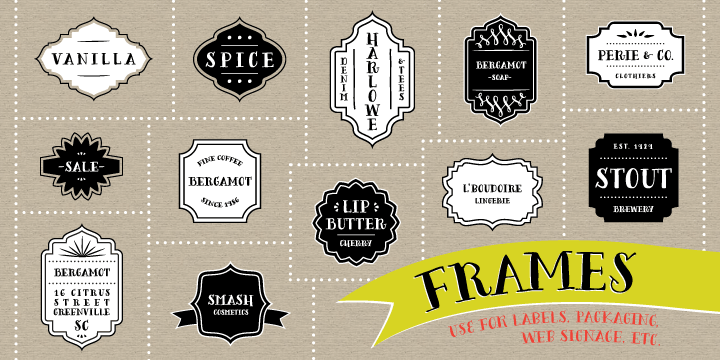 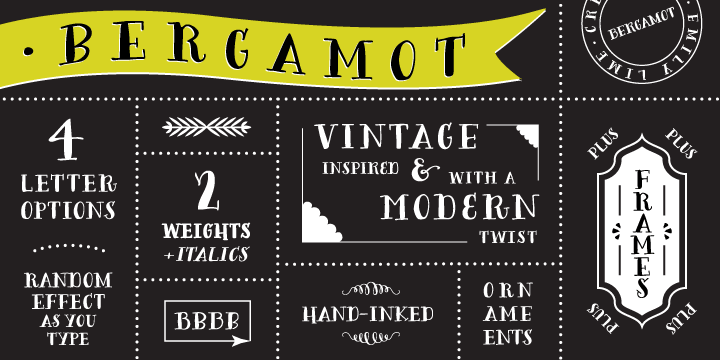 Bergamot is a dingbat and hand display font family. This typeface has eight styles and was published by Emily Lime Design.

Bergamot was inspired by vintage apothecary labels, but this font is actually quite modern in both style and effects.

It features all caps plus 2 sets of alternates (so, 4 total variations for each letter). The coolest part… they intermingle randomly as you type! Ok, so it’s not exactly random, but that’s the easiest way to explain what you’ll see. The letters are actually coded to rotate with their respective alternates. This effect is both useful or can be purely for fun!

Let’s talk about the useful part for a sec… Repeating characters are often a dead giveaway that a font is being used. And sometimes we don’t want that, right? We want to give the illusion that our design has been custom hand-lettered for a particular project… and can’t be recreated by another. That’s exactly what this font aims to do.

The randomizing effect is built into the Contextual Alternates feature and will likely be “on” automatically in your chosen program. Alas, even random doesn’t guarantee that like characters won’t appear in close proximity. So for those of you with access to the “Stylistic Alternates” feature, easily change repeated letters that are near each other simply by turning this feature “on”. Voila! Custom…hand…lettering.

Bergamot also features separate files for Frames & Ornaments. Check them out below.