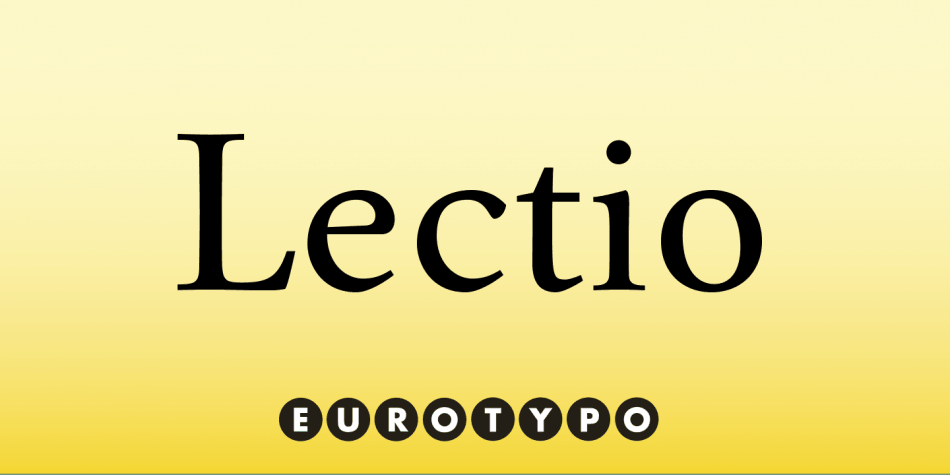 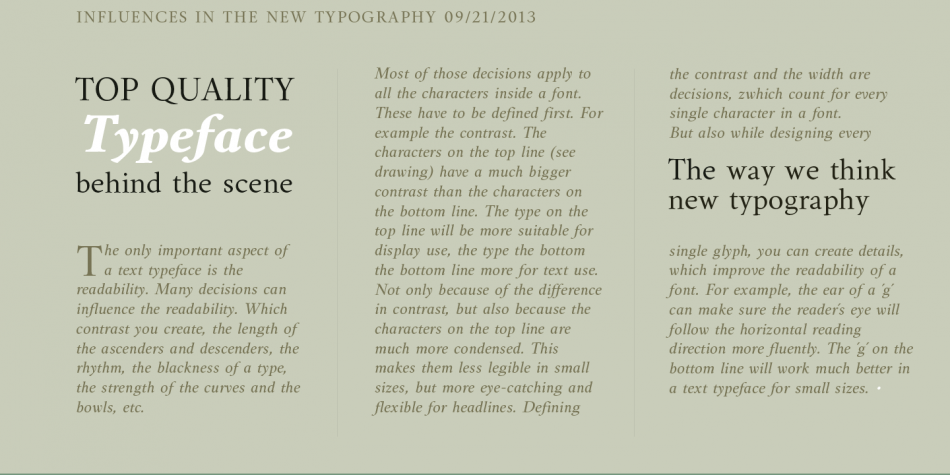 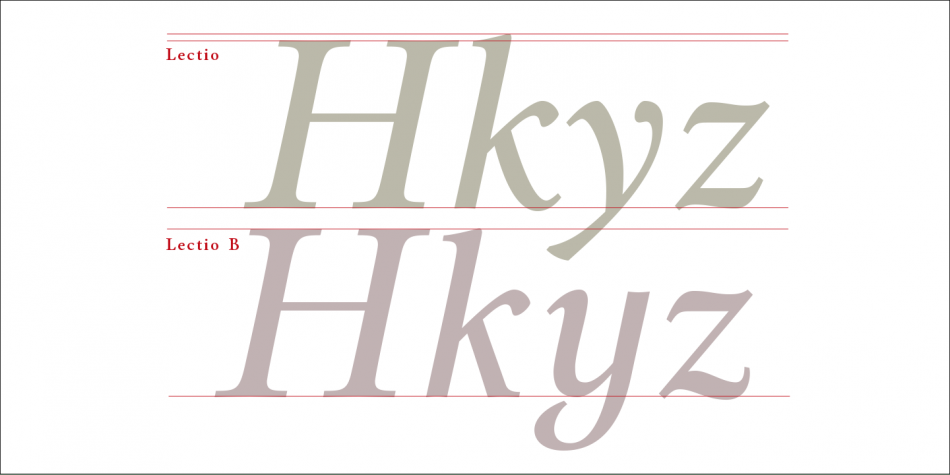 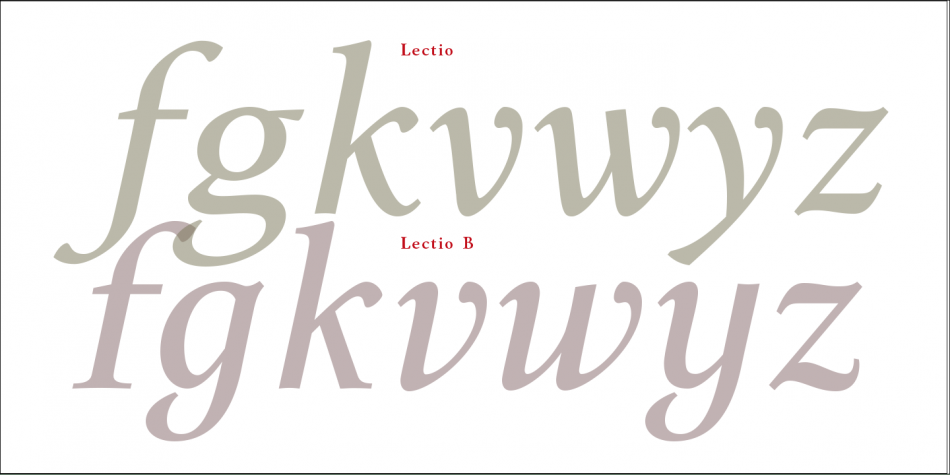 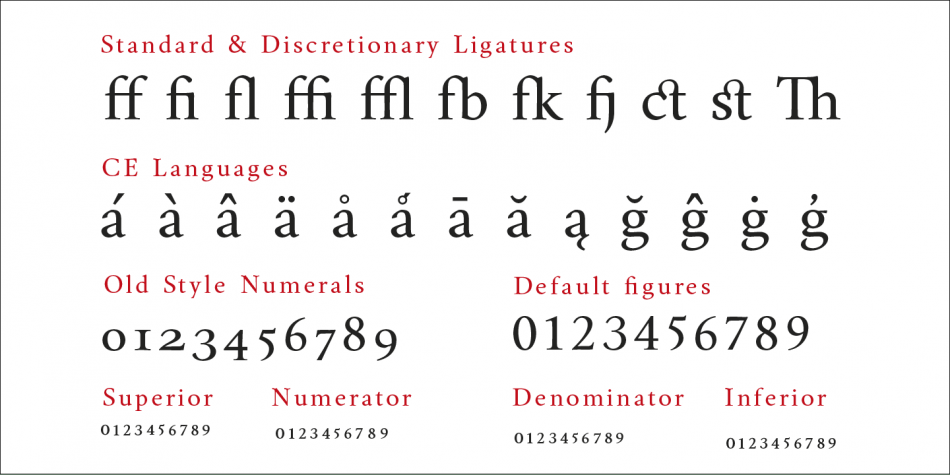 Designed by Olcar Alcaide, Lectio is a serif font family. This typeface has twenty styles and was published by Eurotypo.

Lectio is Roman font based on a Venetian Renaissance early typefaces, but with a modern and expressive design. His obvious calligraphic influence favors continuous text reading. The generous internal “eye” gives Lectio an appropriate legibility, its soft and organic modulation avoids fatigue, its robust character is attractive and stimulating in large bodies, especially for use in headlines.

Lectio comes in two versions: Lectio and Lectio B.

Lectio B is composed only of Italics in six weights. The ascenders are slightly lower, the descenders are more regular and the oblique trace of some letters have a more constant rhythm.

Each of these faces has the optimum amount of contrast agains the background and clear and open internal letter shape. These fonts include diacritics for CE languages, Old Style figures, standard and discretional ligatures.