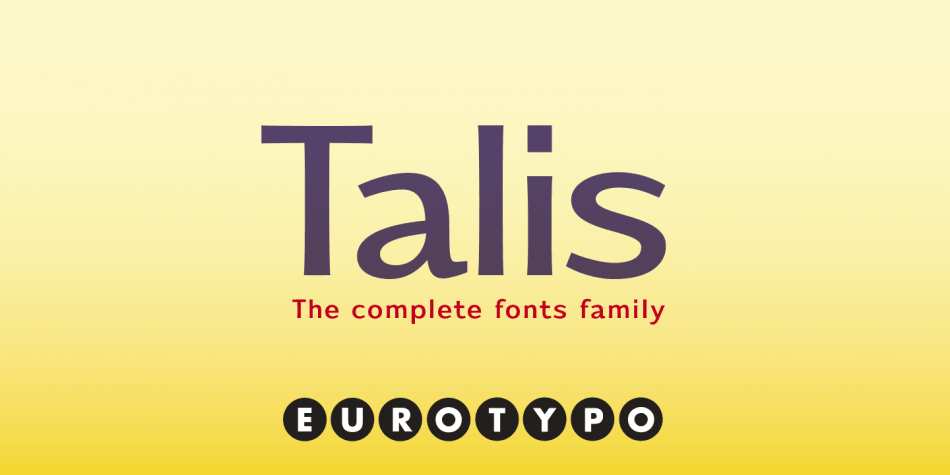 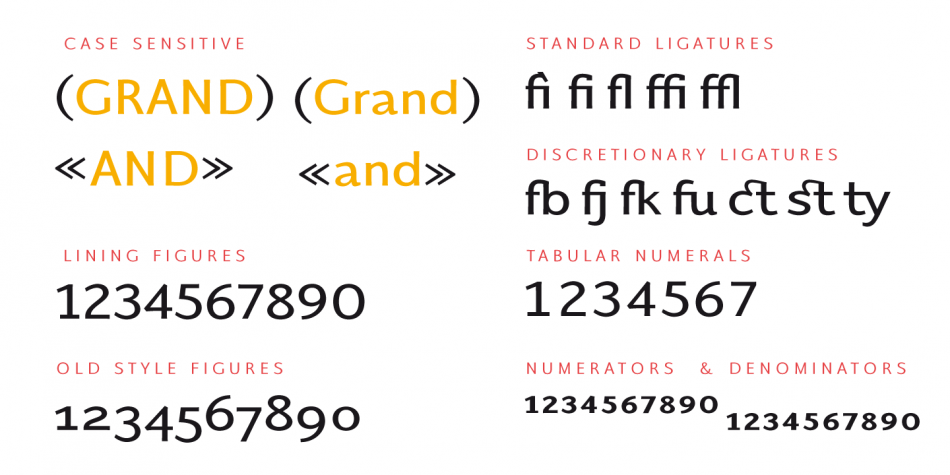 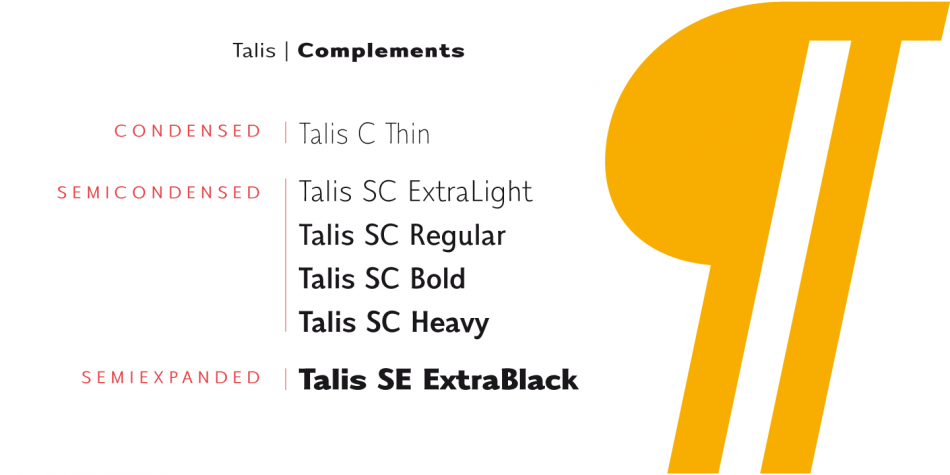 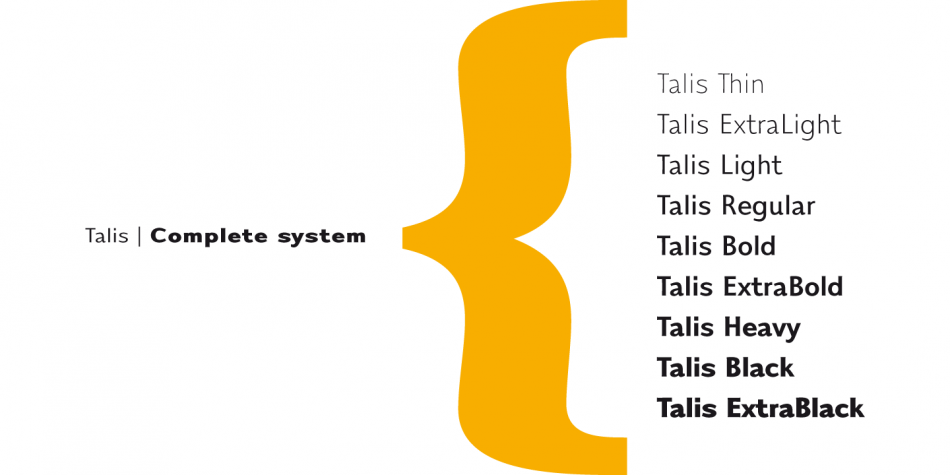 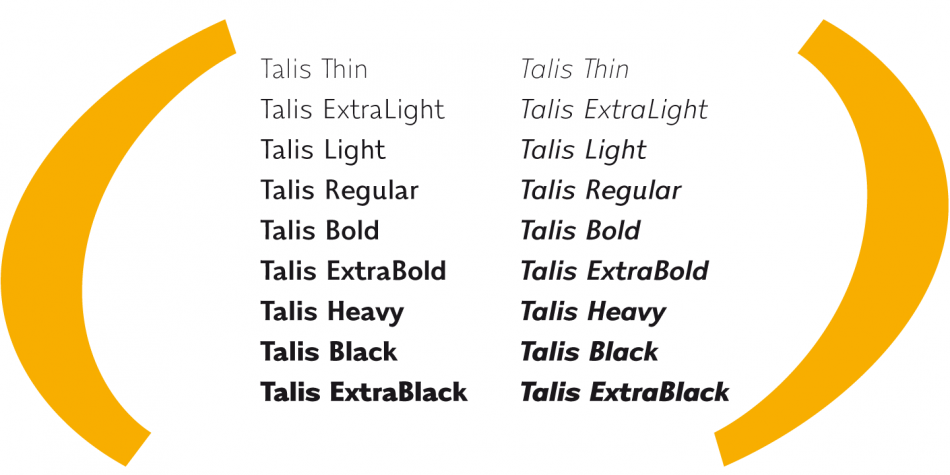 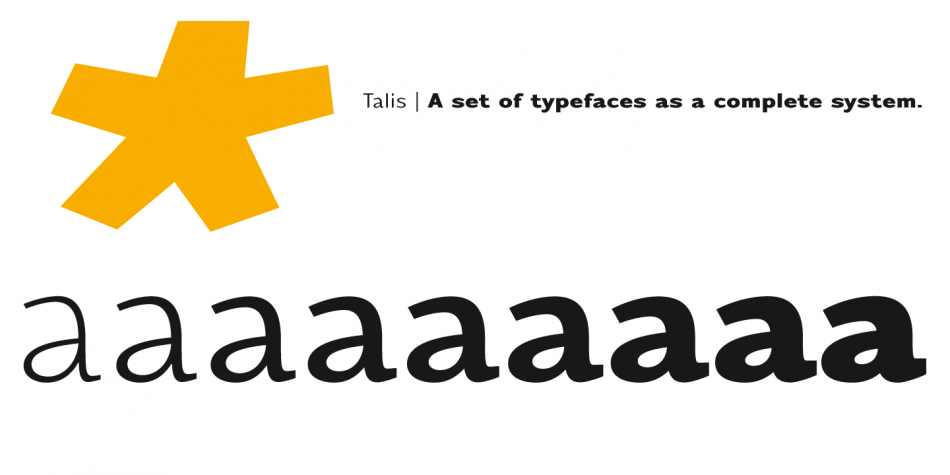 Designed by Olcar Alcaide, Talis is a sans serif font family. This typeface has thirty styles and was published by Eurotypo.

Talis family has a total of 30 fonts, running from Thin Semi-Conensed to ExtraBlack SemiExpanded, all weights have their companion of italic font.

The flexibility of Talis Family can be appreciated in the extensive choice of widths and weights.

The typeface is characterized by it large x-height, the use of short ascenders and descenders without eccentricities.  Some contrast in the thickness of the letter strokes is translated in sensitive forms. His strokes are slightly curved that suggest a natural growth. This subtle curvature of the stems gives also to the letter shape something of an organic character.